Fitbit Ionic review: I’m looking at you thinking you could be so much more

More than a tracker, less than a smartwatch 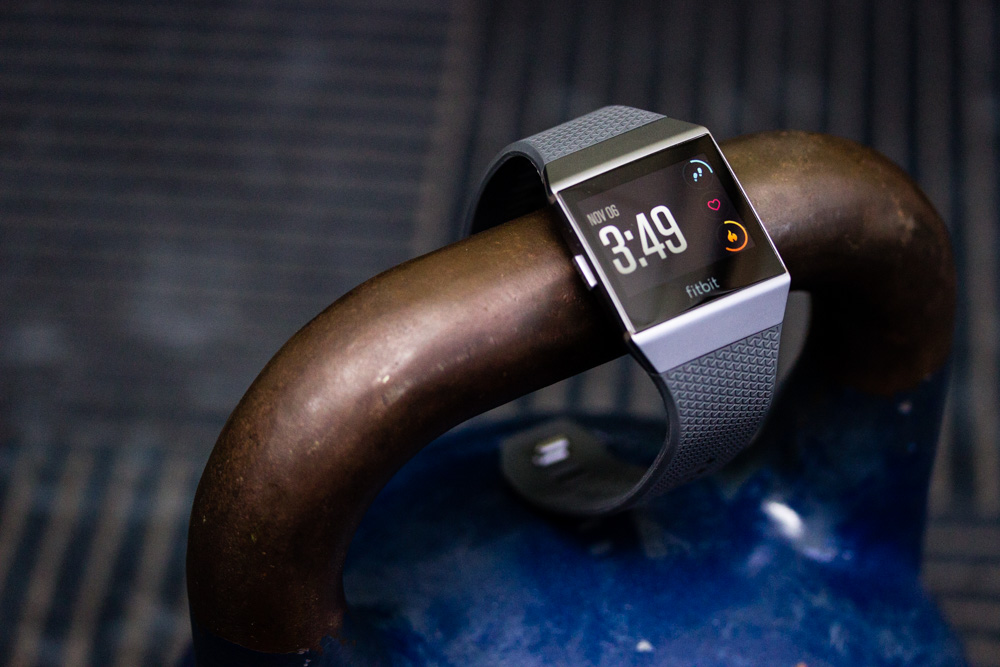 The Ionic is Fitbit’s second smartwatch, after last year’s Blaze. Besides the usual fitness tracking bits, like built-in GPS, heart rate tracking, and automatic sleep tracking, the Ionic also runs Fitbit OS, which gives developers the ability to create apps for the smartwatch.

The Ionic also gets Fitbit Pay in Singapore, for Mastercard and Visa credit and debit card customers with UOB and OCBC bank. It works with contactless payment terminals, or basically any terminal that accepts Apple Pay, Samsung Pay, and payWave.

But perhaps its biggest standout features are its long five-day battery life, and the fact that it works across iOS, Android and Windows phones. So, is this the ultimate smartwatch for fitness geeks?

The Fitbit Ionic is really comfortable 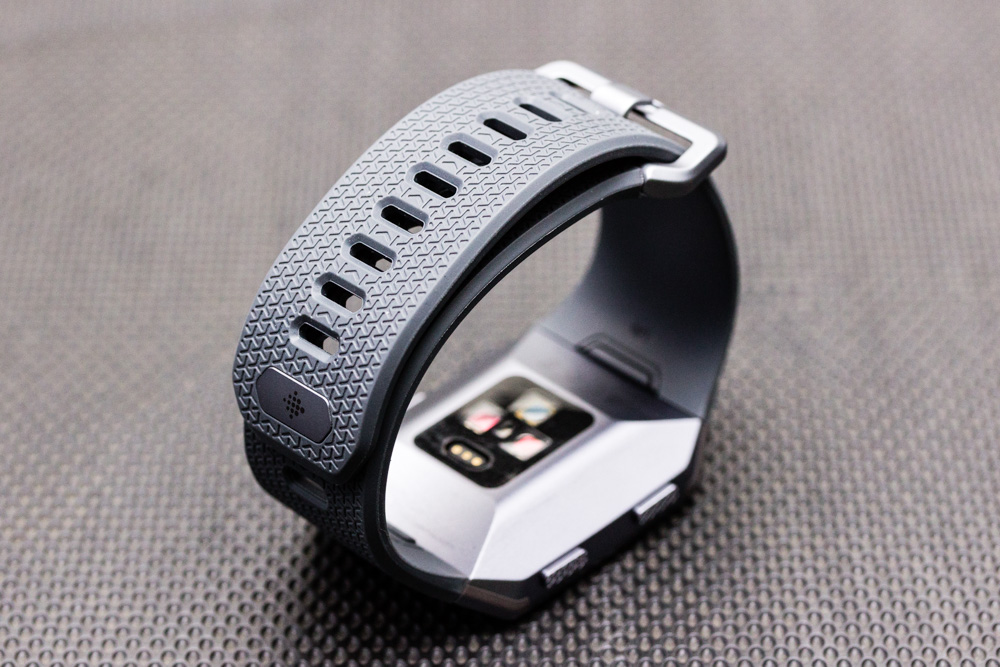 I really enjoy wearing the Ionic. It’s thin and light on the wrist, and comfortable enough to wear to sleep. But while I wouldn’t call it ugly, I can’t say its angular lines make it an attractive smartwatch either.

The strap that comes with the Ionic is comfortable enough, and if it was the only band I had I could probably make do. But if I owned an Ionic and could only buy one additional strap, I’d save up for the Horween leather band (S$99). It’s the most comfortable of the three I’ve used; it’s not something you’d want to sweat it but it makes the Ionic look snazzier for everyday wear. 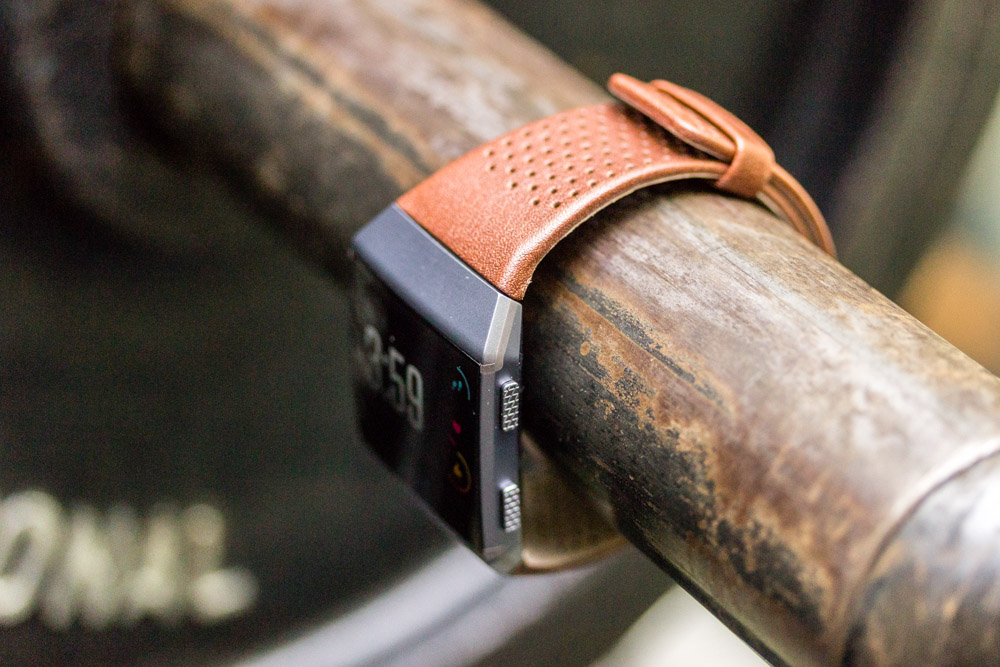 It’s easy to change the straps out on the Ionic — perhaps a bit too easy. You just press down on a button and the band snaps out, which is likely why the Sports band snapped off my wrist twice during a martial arts practice. That didn’t happen when I did calisthenics and ran, but it does make me think the Ionic wouldn’t work well for all sports. 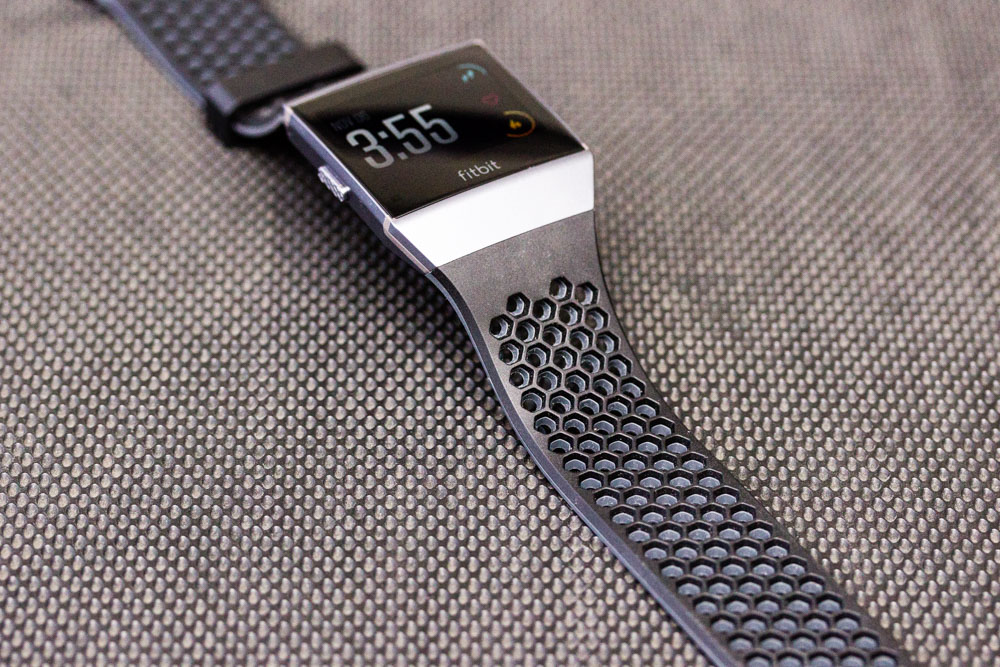 The 1.42-inch rectangular LCD touchscreen is bright and colorful, but small when you compare it to something like the Apple Watch, which has a 1.65-inch screen (with the 42mm case). There’s quite a bit of chin on the device, and it’s one of the few smartwatches that has a logo stamped on the front. The screen can be slow to respond; raising to wake doesn’t work all the time, and touch controls can lag.

The band that ships with the Ionic actually has an SpO2 sensor that can measure oxygen saturation in the blood. Fitbit says that once it’s ready, the sensor can unlock even more advanced tracking abilities (e.g., sleep apnea), but for now it lies dormant. 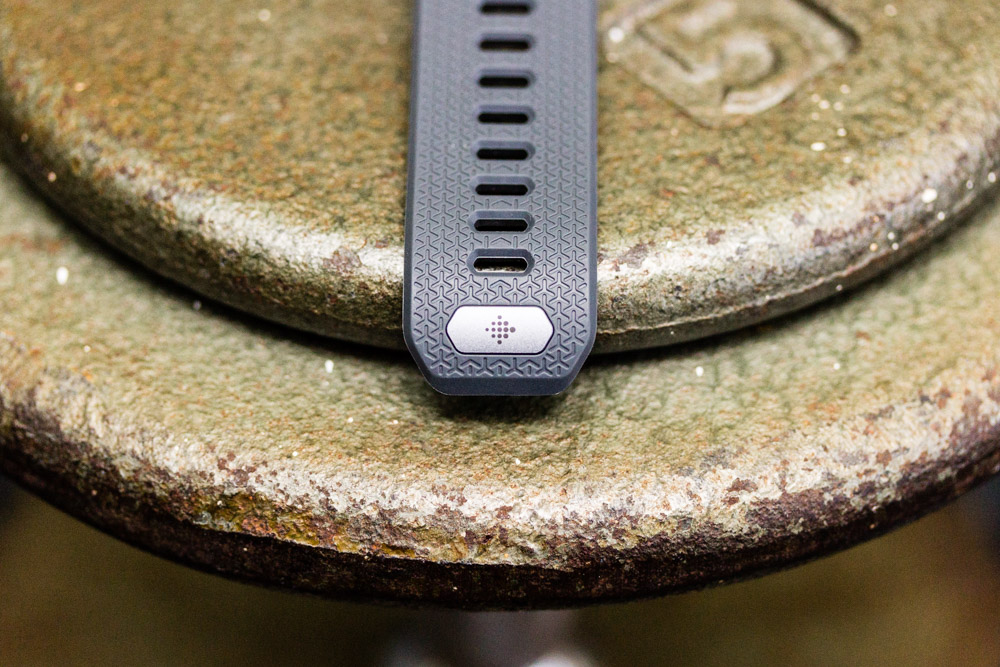 I woke up on the fifth morning of wearing the Ionic with 14% of battery life left, after having logged two non-GPS workouts. So I guess Fitbit’s claim of five-day battery life is more or less accurate, although your mileage will vary depending on how you use it.

The Fitbit app is the real star

After wearing the Ionic for a while, it becomes quite clear that it’s really a fitness tracker that has a handful of smart features.

That’s because the smart features are pretty lackluster right now. The Ionic will let you see messages and calls, but you can’t interact with them. You can get calendar notifications but you can’t actually see your calendar. Switching watch faces is a laborious process that requires you to use the Fitbit app to download a face to the Ionic, and rebooting the watch to the new face. 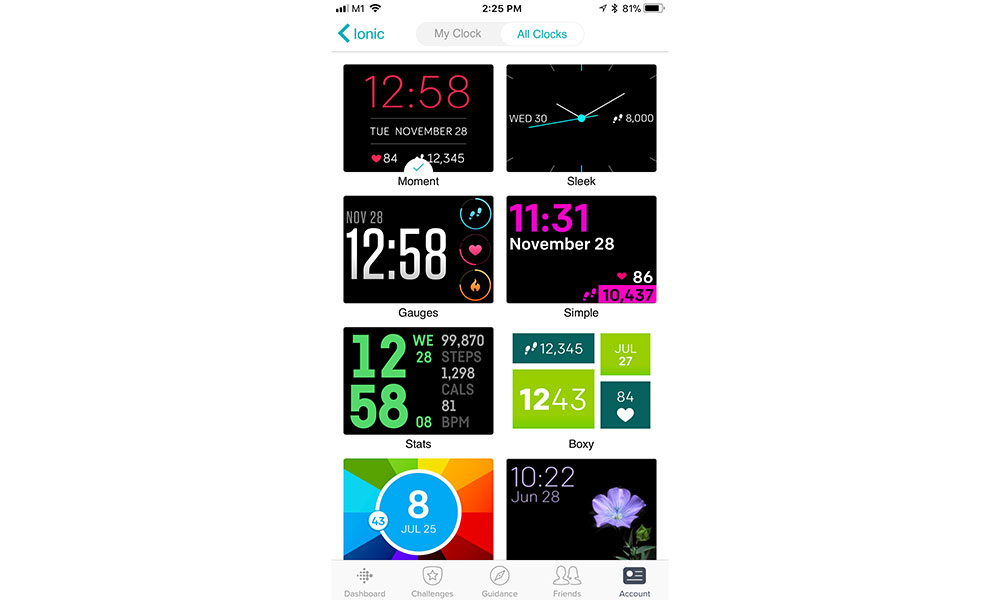 The Fitbit smartphone app, on the other hand, really shines. It’s beautifully designed, makes stats easy to understand, and gamifies your stats to motivate you to do better. It’s easily the best fitness tracking app I’ve used — Apple’s Health app offers too little info, for example, while Garmin’s Connect offers more but in a convoluted UI. 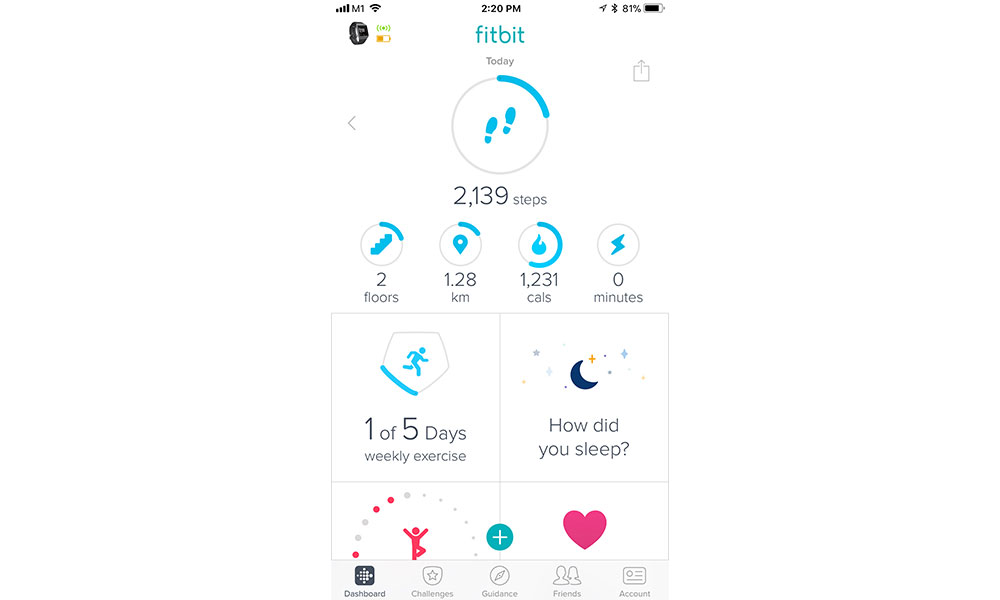 Let’s look at sleep tracking. The Ionic is able to break sleep down into different sleep stages, but to be honest, knowing how much you spend in REM versus light sleep doesn’t really help you. In the Fitbit app, however, you can see how your sleep stages compare against a benchmark of people your age, so you know if your sleep is going well or needs work. That’s actionable analysis you can actually use. 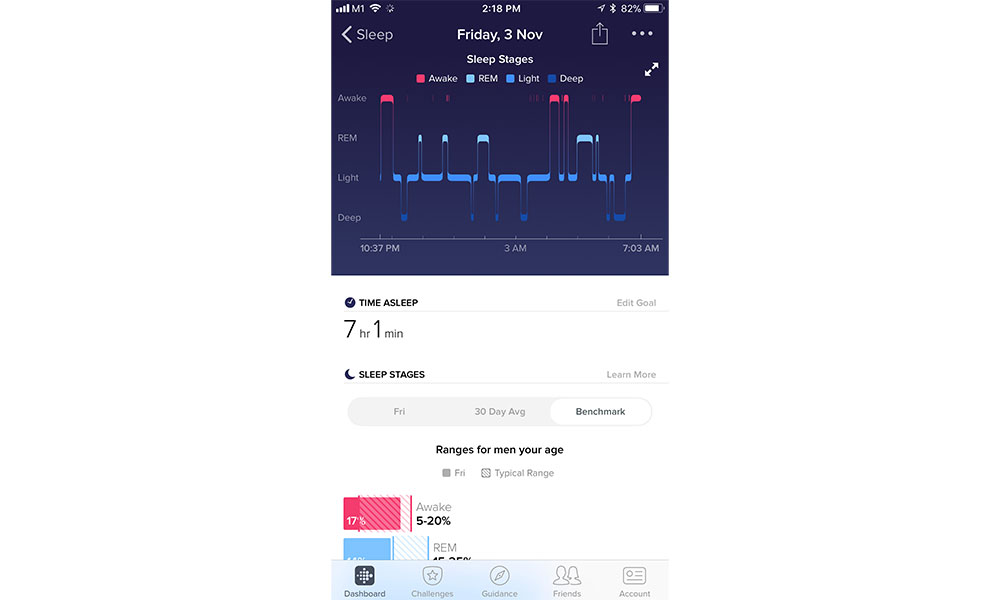 I found the Ionic to be pretty accurate at tracking when I woke up and went to sleep. But without access to a proper sleep lab, I can’t determine how accurate the Ionic is at tracking sleep stages. With most consumer fitness trackers, I prefer to view their stats from the point of a hobbyist or fitness enthusiast; to get a generally accurate ballpark of trending performance over time. If you need precise measurements for medical reasons, you should consult with a doctor rather than an consumer electronics salesperson.

The one thing that the Fitbit app doesn’t do well, however, is play nice with the iOS Health app. Unlike an app like Garmin’s Connect, which can write and read to the Health app, the Fitbit app is firewalled. If you only live within Fitbit’s ecosystem, that might not be a problem, but if you buy something like a Nokia Body+ smart scale one day, the measurements won’t show up in the Fitbit app.