Bluetooth speakers are all the rage nowadays thanks to the fact that almost every smartphone is compatible with the A2DP profile. On the market at present, you can find everything from cheap speakerphones, serious Bluetooth speakers such as the Bose SoundLink and even high end, designer versions such as the Bang & Olufsen BeoLit 12. Not to be left behind, Yamaha has made the PDX-B11 available to the masses. 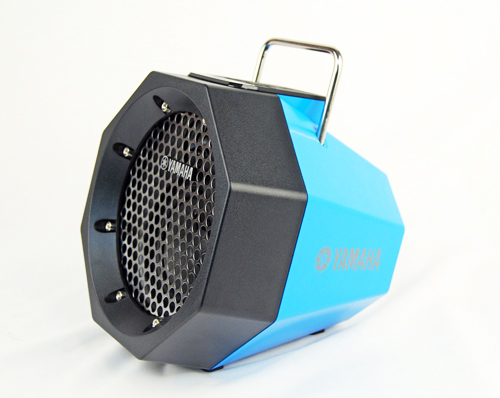 At first glance, the Yamaha PDX-B11 looks more like a small studio light with its octagonal body than a speaker. The device has large rubber buttons on the top face which are easy enough for a five-year old to figure out. These buttons control volume, activate Bluetooth and power the speakers on/off. While the version we got to test was blue, other options such as orange, black and grey colors are also available. With the metallic grill on the front and the symmetrical design, it must be said that the Yamaha PDX-B11 is quite pleasing to the eye. 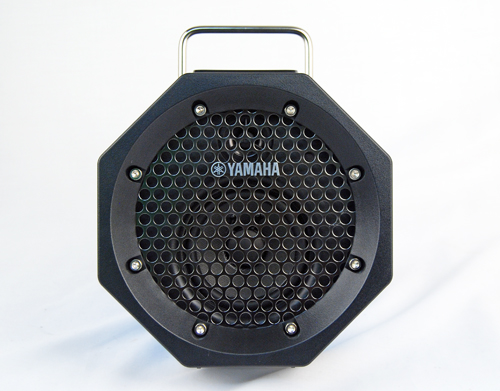 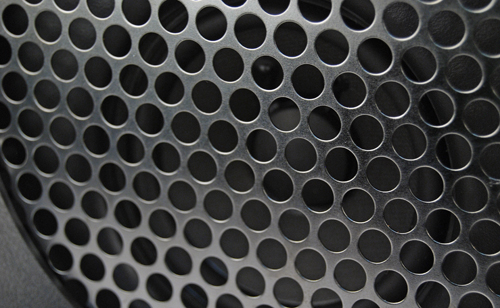 The unit's overall weight of 1.5kg may sound considerable for a portable Bluetooth speaker, but it's also much more larger than what you would expect of your usual portable speakers. Take for example the Bose SoundLink Bluetooth mobile wireless speaker which itself is the size of a very thick diary (looks sizable as compared to really portable speakers) and weights 1.3kg; its dimensions are 244 x 130 x 48mm. Comparatively, the Yamaha PDX-B11 measures up to be 210 x 237 x 240mm and spreads out its 1.5kg weight over a larger volume. Combined with a carrying handle and its weight distribution profile, we found it quite easy to handle the Yamaha PDX-B11 is a definite plus point. Increasing portability further is the fact that the device does not need to be plugged in to a power source to operate - the Yamaha PDX-B11 is capable of running on 6 AA batteries. 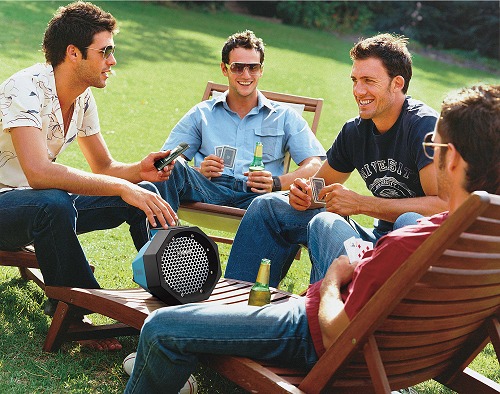 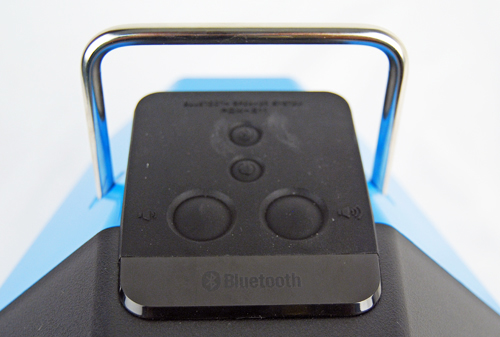 Most portable Bluetooth speakers have built-in lithium ion batteries and Yamaha’s decision to deviate is interesting to say the least. Utilizing AA batteries probably helps to keep the price of the product low, but it also helps if you are out and about and have drained your existing set of batteries as you would just need to purchase a new pack from a convenience store to to further keep the speaker going. Perhaps the best combination would be if the Yamaha PDX-B11 had all the power options - direct DC input, lithium ion battery and via AA batteries. While that might be a greedy request on our part, it's just a trade-off that Yamaha made to ensure the ruggedness and portability of the portable speaker is maintained, though it might have been a tad more convenient if it was lithium ion powered. In the latter configuration, once the battery runs flat, you'll need a power source to charge it and it won't be fun if you're on a day trip away from a power outlet. 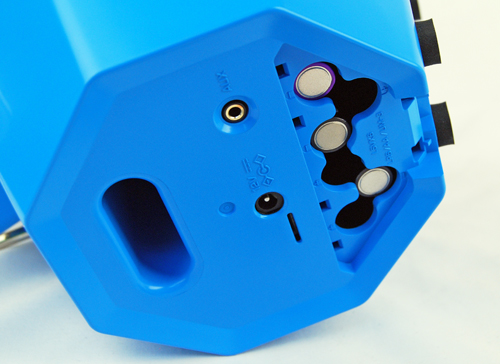 In order to help it pump out audio, the Yamaha PDX-B11 is armed with a single 0.375-inch tweeter and a 4-inch woofer. If truth be told, the specification list does not necessarily match up with the heavy hitters in the portable Bluetooth speakers market segment, such as the Bose SoundLink.

Starting off with Melt My Heart To Stone by Adele, the PDX-B11 was able to accurately deliver the warmth of the track. Highs in general were good although some distortion was heard at some of the more strenuous sections of the song. The reverb drenched mid-range organ parts of the composition lacked definition, but all in all the speaker gave a decent showing.

However as the difficulty of our test tracks escalated, we noted more flaws in its performance. While the 4-inch woofer is able to deliver deep bass with good impact, the low frequency performance of the PDX-B11 is undefined and loose as evidenced on Elements of Life. More worryingly, as we pushed the volume past the 60 percent mark, we heard rattling sounds coming from the speakers.

Additionally, these Yamaha speakers have an extremely narrow soundstage, partly due to the speaker configuration. During testing, we experienced significant drops in volume as we walked and moved around.

Yamaha is known for rolling out high quality audio products which deliver quality sound such as their excellent YHT-S401 sound bar. But with the PDX-B11, they seem to have not fully met the lofty standards that they themselves have set. The product has an extremely good design and is easy to carry around which makes it fairly portable despite its physical size. The choice of AA batteries for 'wireless power' means that you can keep the speaker operational on the go as long as you have extra cells handy (or you could pop by any convenience store to grab more). 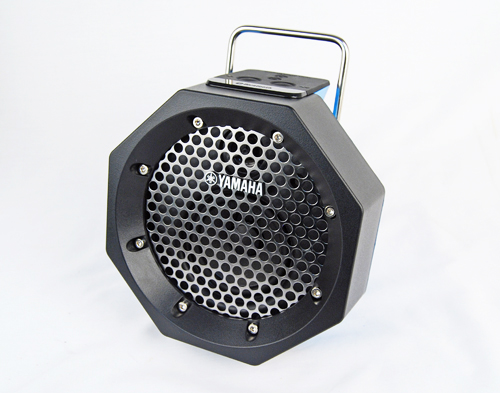 Audio performance is somewhat of a letdown. On straightforward pop tracks, the PDX-B11 gives a decent showing for itself. But when audio compositions demand more, the speakers don't quite meet our expectations. Low registers, mid-range and soundstage all showed limitations as elaborated above in our performance section.

However, what the Yamaha PDX-B11 does have going for it is its low price of S$229. From what we've seen and handled in the market, any good Bluetooth speaker which offers both good audio performance and excellent portability costs in the S$400 to S$500 price bracket. For about half the price, the Yamaha PDX-B11 provides 'half' the functionality. As mentioned earlier, the speakers are extremely portable and can be carried in hand with ease. Audio performance will also be satisfactory as long as you stick to standard pop music fare. It would be unfair to expect portable Bluetooth speakers to accurately render Prokofiev's compositions anyways since the product is not intended for that particular scenario. If you are looking to carry a wireless speaker over to a party or to the beach to blare out the latest tunes, the Yamaha PDX-B11 will do just fine.