The new Sony Ericsson Xperia Mini Pro might look quite familiar to those who have been following the mobile phone company's timeline. Remember last year's Xperia X10 Mini series - the X10 Mini and X10 Mini Pro? Yes, like the latter, the Xperia Mini Pro is a tiny slide-out QWERTY keyboard smartphone. Aside minute physical changes, software/hardware additions and the dropping of the X10 tag (but yes, it is the successor to the X10 Mini Pro), what else has changed? Read on to find out. 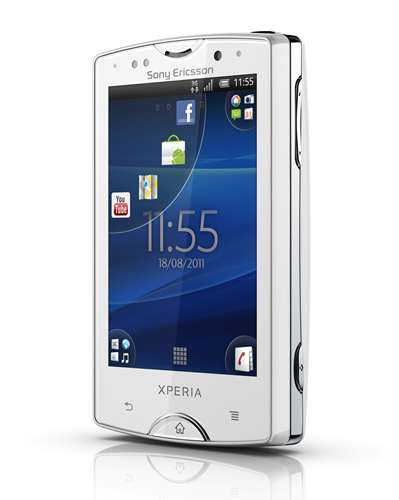 The Xperia Mini Pro might be small, but it certainly does not pinch any pennies when it comes to exuding class. The all-white set that we had at hand looks classy due to a predominantly plastic body that was framed by a silver strip. Because of the material and color used, the Mini Pro remains pristine and clean without any ugly and dirty fingerprints even after constant manhandling. The phone also comes in another safe color option - black. The Xperia Mini Pro relies on a mixture of touch controls and physical buttons that are well-integrated into the phone's overall design. As a result of its size and form factor, the phone felt sturdy and comfortable in our hands.

Resting below the main screen is the slide-out keyboard, which in our trials slided out very easily, even more so than the old X10 Mini Pro. This means you don't need to use both hands to get the keyboard out and working. On the negative side, the top felt a tad too loose after a few days of usage. On the whole, we generally liked the design of the phone, but we did have some small issues with it. Take for instance, the volume control and home button are too flat for immediate feedback and we often found ourselves mashing them repeatedly in frustration. 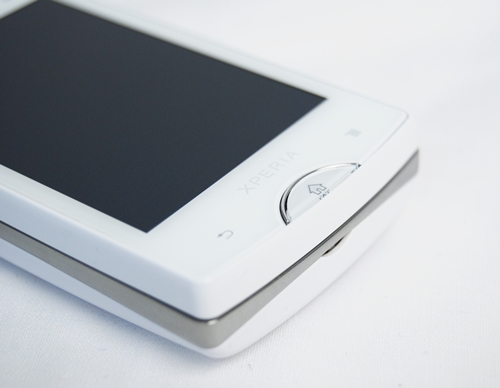 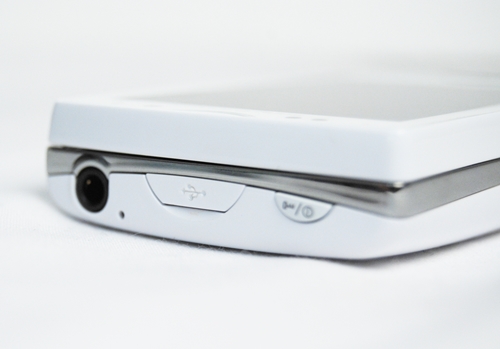 It is also important to note that the Xperia Mini Pro has been bumped up to a 3-inch, 320 x 480-pixel resolution touchscreen as compared to its predecessor's 2.55-inch, 240 x 320-pixel touchscreen. As a result, the newcomer is a tad larger in size as well. With a little more real estate (and finger space), the QWERTY keyboard now comes with 11 columns of keys - as compared to the X10 Mini Pro's 10 columns -  that are arranged for a more natural typing experience. It still bears significant resemblance to its predecessor in terms of design, i.e., spaced out chiclet keys; but we noticed an improvement in terms of the overall experience due to an increased real estate and better arrangement. That is not to say that we are entirely happy with it - the keys are still too stiff for speed typing and the upper row of keys is positioned too closely to the home screen, making it hard to type properly at times. Sony Ericsson could have had an ace if both of these aspects were rectified but it's a missed opportunity unfortunately - just like its predecessor. Typing short messages is fine, but longer ones would feel like a chore. 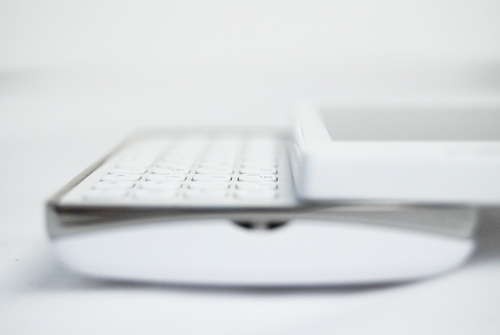 Timescape, Sony Ericsson's social networking app, is still featured on the handset, though Mediascape is sorely missing. The ingenious four-corner touchscreen user interface makes a reappearance here but with some minute improvements. Like on the X10 Mini Pro, these corners serve as shortcuts, making it easier for users to navigate around. This time however, users can place up to 16 shortcuts on the touchscreen, ranging from apps to shortcuts. Other changes to the user interface include limiting the number of main pages to five, whereas previously, users could place widgets on up to 20 pages. Because of the bigger real estate, one page allows for placement of multiple icons and widgets as opposed to one widget on the X10 Mini Pro. We find this a practical change since swiping across 20 pages of widgets can be intimidating and frustrating. Otherwise, the UI is simple to understand and ultilize. Coupled with the screen's responsiveness, the phone's updated 1GHz processor and 512MB RAM, our verdict is that the overall navigation and surfing experience are extremely smooth and fluid. 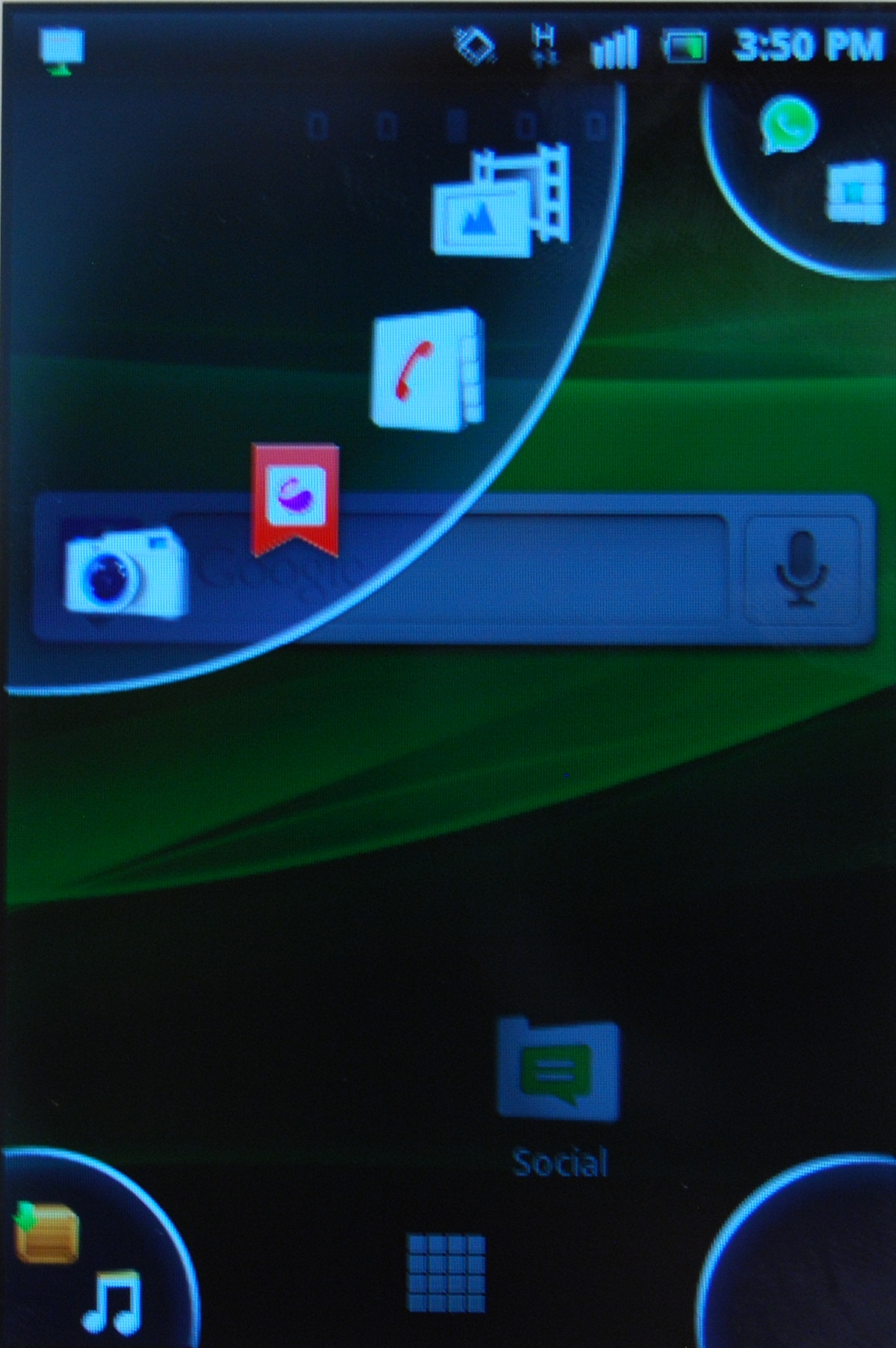 Like the Xperia Arc, the Mini Pro comes with the Reality Display with Mobile BRAVIA Engine feature which you can choose to turn on or off under Display settings. Frankly, the difference is pretty minimal on the Mini Pro's minute 3-inch screen. The smartphone also comes pre-loaded with software like Microsoft Office Suite and McAfee anti-virus, possibly in a bid to position itself as a semi business-centric smartphone.

Multimedia-wise, the phone comes with a 5.0-megapixel camera with LED flash and auto-focus capabilities. The camera's performance is decent, but processing and auto-focusing speeds, while mostly accurate, are slightly on the slow side. Likewise in the audio department, the Mini Pro does reasonably well, projecting sufficient clarity, though vocals came across as slightly flat. You can select from a list of equalizer modes that include Classical and Heavy Metal.

The only downside to the phone is its 1200mAh battery. Despite this capacity being higher than its predecessor's 950mAh battery, we found that the new Mini Pro lasted only just as long from our hands-on trials. On average, the phone lasted about three quarters of a day on a single charge. 3G was kept on the entire time with intermittent calls and messaging; some emailing as well as pulling of data through Facebook and Twitter were done.

Overall, we like the Sony Ericsson Xperia Mini Pro - it is small, cute, good-looking and practical. While there are several niggling details about the design that we don't like, these are small kinks in an otherwise well-built phone. We have no major complaints about its performance, save for its paltry battery life and a slightly stiff keyboard which might take time getting used to (even for casual messaging). The 3.0-inch screen might be too small for some people, but those looking for an affordable and petite productivity/multimedia Android 2.3 smartphone might want to take a closer look at this offering. The smartphone is now available at S$458 in two main colors: black and white. Sony Ericsson also throws in an additional turquoise back cover for the black edition, while the white model gets an additional pink backing. This is a small but neat tidbit for those who like to accessorize their gadgets.