Up Close And Personal With The X9000

Three months ago, we brought you a cursory glance of Sony's KD-84X9000 when it was launched here in Singapore. If we had to describe this very expensive work of art, the 84-inch Bravia is essentially huge in many ways. It wasn't the TV's elegant frame or the two-pole stand which impressed us, but rather, it was the display's stunning picture quality and robust sonic fidelity which rocked our socks. We already had a glimpse of the UHD (Ultra High-definition) panel's prowess, while the commanding 10-unit Live Stereo speaker system (with five symmetrical drivers on each side) ensures the Bravia's audio performance remains unmatched by its peers. More recently, we had the opportunity to run our own DVD and Blu-ray titles by the X9000 at Sony's store itself. Since we've covered the TV's physique and features previously, let's dive straight into the X9000's real world performance proper. Here are some of our findings on the Japanese firm's first passive 3D and 4K display. 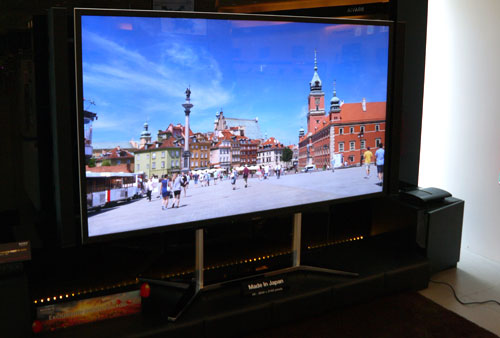 Clamping a Blu-ray player's output at 480p isn't the most practical thing to do with a 4K display, but that's exactly what we have done with our DVD evaluation. It'll be interesting to see how the 2160p TV deals with a meager standard-definition source. Essentially, the TV's video processor has to work approximately sixteen times harder to upscale the SD content to suit its native 3,840 by 2,160 pixels resolution. So how did the X9000 fare? First, the bad news. Mosquito noise and blotching artifacts were visible in most scenes. Pixelated edges were also more pronounced compared to a 1080p panel as we trawled through the X-Men DVD. Then again, these defects were more or less expected given the source's paltry resolution. On the bright side, the Bravia was a natural when it came to motion processing, for we didn't detect any signs of unnatural judders throughout the film - an observation which suggests the video processor's motion adaptive quality is better than average when it comes to rendering moving images. 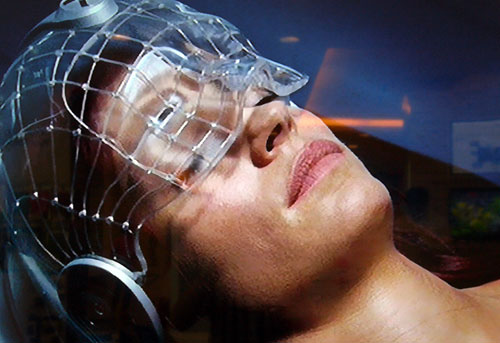 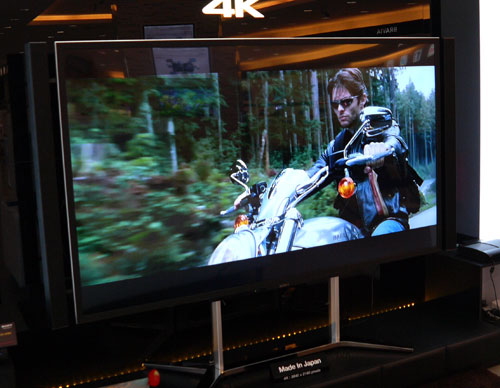 Given the lack of 4K content to date, the Blu-ray evaluation is probably the most crucial test we've conducted today. With HD material and playback equipment readily available, it's only natural for consumers to enjoy a Ultra High-definition display with up-sampled HD sources in most instances. Thankfully, Sony has ensured the X9000 does its job well. Jaggies, or visible rough edges on moving video images, were greatly reduced with a Blu-ray source compared to the DVD outcome. Colors were naturally rendered on Vantage Point, although contrast levels appeared slightly washed out with the Brighter Room picture quality preset. We didn't have time to fine-tune the TV's picture settings, but a quick switch over to the Direct or Theater mode should do the trick. Visuals were crisp and bright as generated by Sony's X-Reality Pro engine, but if we were to compare the X9000 to LG's 84-inch LM9600, we'll have to conclude the LM9600 offers a slightly richer and more vivid delivery on the whole. Noise grains were also more apparent on the X9000. 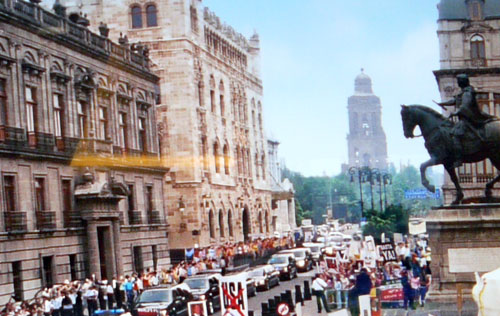 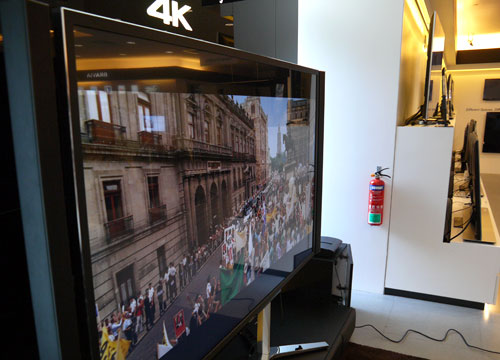 With LG's initial slew of Cinema 3D TVs, there was much contention about its 3D Full-HD qualities produced by its passive screen. With a 4K panel, doubts may be laid to rest since the UHD panel's native resolution of 3,840 by 2,160 pixels is more than capable of delivering a 1080p frame to each eye. Similar to what we've encountered with LG's LM9600, the 3D experience on the Bravia was truly an immersive and engaging one. Stereoscopic depths were highly laudable with little hints of crosstalk. Sony's passive approach also has another advantage, in that the 3D ride was flicker-free from start to finish despite the presence of ambient fluorescent lights. Viewing angles were excellent as well, while the panel exhibited sufficient brightness to overcome the dimming effect of the polarized lenses. Although Monsters vs Aliens is an animated film, it wasn't hard to be mesmerized by all that lifelike stereoscopic detail. Due to the 'interlaced' nature of passive 3D displays, however, faint horizontal lines are still visible when the TV is viewed up close. 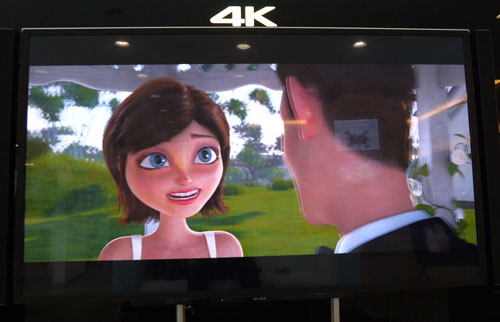 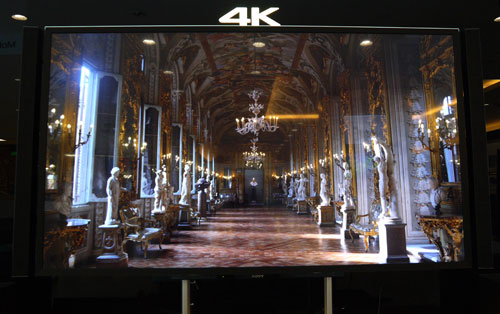 The Bravia X9000 proved its mettle when 4K content (supplied by Sony) was eventually pumped into the display. The amount of realism was stunning, given that the TV was able to produce a lifelike picture closer to our visual acuity. To be honest, we never truly experienced the meaning of the word "immersive" till we came into contact with these UHD sets. The large 84-inch panel was also highly effective in encapsulating the human eye's field of view. In addition, audiophiles would also appreciate the set's robust 50-watt audio system which made its competitors' speakers sound like tin cans. As we now know, tapping from a 480p source isn't advisable, for even Sony's esteemed X-Reality Pro algorithms struggled to cope with the low-resolution source. However, the X9000 is nicely capable of producing a palatable image with HD and 3D material, minus the obvious artifacts observed during the DVD trials. If we were to compare the Bravia with its most obvious competitor, we'd have to conclude that the LG LM9600 has the upper hand due to its richer textures and overall picture quality with HD material and above. Furthermore, the LM9600's S$25K price tag is also more affordable and practical versus Sony's staggering S$36K figure.

Take note that U.S. residents purchasing the Bravia X9000 will be provided with Ultra HD content for some personal 4K entertainment, but that's not yet an option for customers residing elsewhere.