Blu-ray players have become a necessity for modern home theater systems. There is no point in getting a large, flat screen TV if you do not have a player than can handle HD content to show off your screen's full capability; not to mention quality 3D content if you're TV supports it. The DMP-BDT320 is Panasonic’s top of the line Blu-ray player which was only recently introduced to the Singapore market without much fanfare, along with a host of other products. 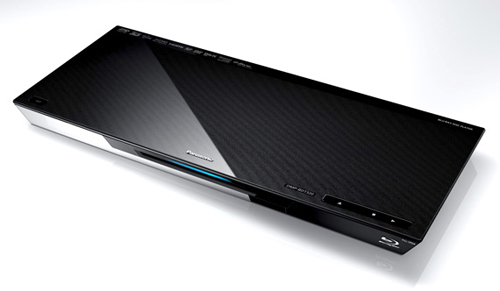 The Panasonic DMP-BDT320 is a dark shade of grey rather than truly black, with a dotted pattern laid out with a glossy, textured finish. Thankfully the surface is acceptably resistant to finger smudges, which is great since you will be pushing buttons to operate the device.

For location of the buttons on the DMP-BDT320, Panasonic has chosen the top surface. Personally, we agree with the choice since you can press down on them by just bending over - assuming it will be placed in a typical TV console, which are usually low to begin with. If the buttons were on the front face, taller individuals need to get fully crouched to operate the Blu-ray player; thankfully this situation was avoided with the DMP-BDT320. The power button is the only one with mechanical actuation while the rest of the buttons are of the touch variety. Panasonic must be commended for this subtle inclusion of tactile feedback and reassurance for the consumer when the device is powered on. 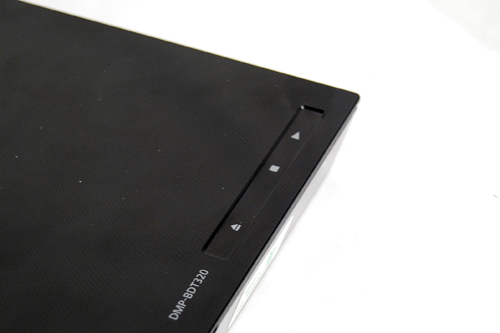 Glancing at the front face also reveals the Smart Eco Sensor on the right hand side. This is a nifty function as a means of minimizing power consumption by putting the device in Standby Mode when no motion is detected over a period of time and engaging the Quick Start mode when motion is detected.

The excellent design decisions from Panasonic continue, as they have done away with the flap covered disc loading tray for insertion of media and switched over to the slot loading mechanism, which is a lot smoother to operate and functions better.

On the back of the Panasonic DMP-BDT320 you will find a HDMI port for connecting the device to your television. An Ethernet port is also included to provide the Viera Connect smart TV functions to allow access to the internet. Optical and Composite outputs are also available. Interestingly, the Blu-ray player also features a USB port labelled Communications Camera. This allows you to connect a webcam to the Blu-ray player to make full use of applications such as Skype.

The Panasonic DMP-BDT320 Blu-ray player sports a fancy, modern remote. As you can see the usual, cluttered button interface has been replaced with a touch pad. After a few seconds of fumbling, the user will get acquainted with the new mode of navigation quickly, especially since directions on how to use the device are available on screen. Once familiarized, the touch pad actually makes going from screen to screen and picking options much easier and simple. Although we do wish that the surface area of the touch pad was slightly larger to facilitate usage of those with larger hands. A dedicated button for launching Skype is also present - a feature that Panasonic is proud to have in their Viera Connect feature set and was seen implemented earlier than other TV brands. 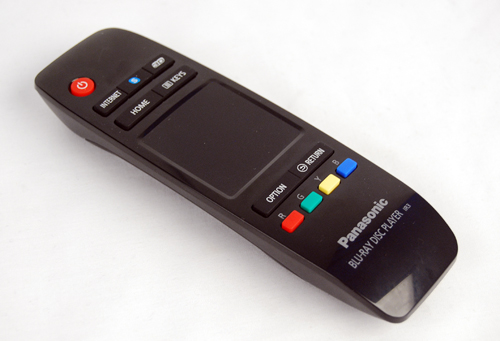 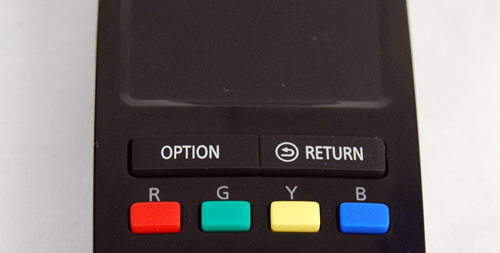 To test out the Panasonic DMP-BDT320 we paired it (via HDMI) to the LG LW6500. After turning off all image processing capabilities on the TV, we cracked out our usual test materials similar to any of our TV review. We will be judging the product on three aspects namely, display performance, how well it handles 3D and its Smart TV features.

One of the advantages of buying a modern Blu-ray player is the fact that it can upgrade your older TV models with features that let them compete with newer offerings on the market. The DMP-BDT320 brings the Viera Connect suite of Smart TV features with it. Unfortunately the service fails to impress.

The smart TV options are laid out in a cross format, which means you have a total of 5 options on one screen. This interface is not intuitive and is somewhat archaic. In addition, the usage of a serif font for the typography is displeasing to the eye. Options and features are constricted and you can understand why Panasonic has touted Skype since it is one of the handiest features of the Viera Connect platform. Further comparison between the Smart TV platforms available to users can be found here.

In terms of player performance, general content and media visuals displayed were good, though the contrast between colors seemed to be a little more vibrant than we’d like. This led to reds dominating scenes due to their amped-up intensity. On the Vantage Point Blu-ray, this flaw was clearly evident. While the movie itself has a warm tone to it, you could see skin tones veering towards being overly red. But the increased contrast is not wholly bad and helps visuals pop out and grab the viewer's attention. Those who prefer a more neutral rendering of colors however will be disappointed. Moving on, 3D effects were shallow and lacked depth. The constricted depth of field led to objects looking more like pop-up figures rather than realistic 3D figures. Seeing that the passive 3D on the LG LW6500 is among the best offered by TVs on the market presently, the fault can be laid at the feet of the Panasonic Blu-ray player.

As the top of the line Blu-ray player from Panasonic, the DMP-BDT320 comes at the hefty price of S$369. The model, when sold in the US, comes with built in compatibility with Netflix. Now if a brilliant OTT service was packaged as part of the Blu-ray player, the price tag would be justified. Unfortunately there is no such luck for Singaporeans and without the VOD service Panasonic’s product and the users both take a hit in the value equation. And seeing that other contenders are offering functionality such as 4K playback (though it's a moot point currently), the Panasonic DMP-BDT320 lacks the strong X-factor to differentiate itself for that asking price. Apart from the seemingly lack of value, the player itself is well designed and performance should be decent for mainstream users (though not perhaps the discerning individuals, especially in 3D playback). The remote is perhaps one of the best controllers out in the market currently, so that could sway your option for it if the player has a good offer going.

For those who appreciate using video calls and conferencing with Skype on a big screen, this player has the capability to do so, provided that you have webcam to go along with it. Perhaps Panasonic should bundle in a webcam to sweeten the deal as easy Skype capability is one of its strong points.