With Windows 8 less than three months away, Microsoft has already started rolling out hardware designed specifically for use with the OS. One of the first available will be the Wedge Touch Mouse, an ultra-portable Bluetooth 3.0 touch mouse designed for use with a Windows 8 tablet. While it's not available immediately, it will be available in retail by the end of the month (Microsoft executives mentioned 25th August is a possible date of availability).

The Wedge Touch Mouse has obviously been designed with portability in mind. Weighing in at a featherlight 60g, and measuring just over half the size of the average business card, the Wedge Mouse is only limited by the size of its single AAA battery, which actually accounts for the majority of its weight and thickness. 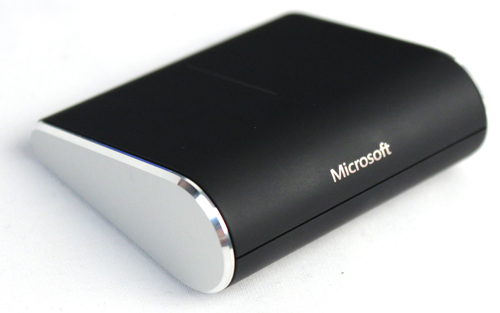 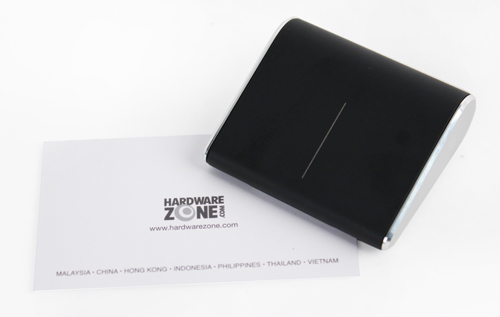 The mouse has a triangular wedge shape, from which it gets its name - although it could just as easily have been called the doorstop or the cheese wedge. We found the design to be a bit hit-or-miss: it's clean and modern, but the shape might not appeal to everyone. Microsoft tells us that the slope on the Wedge is exactly 23 degrees due to this being an optimal angle of comfort (although, we reckon that the comfort level of this design angle is subjective to the size of your hand).

The diminutive size should work well for users with smaller hands, but if you've got longer fingers you might face difficulties to find a comfortable position. For this reviewer, the degree of slope for which the mouse was optimized for, didn't really matter as my fingers are a bit too long to rest on the slope and I had to curl them over the top. As usual, Microsoft is likely to have their variety of mice displayed at major electronics retail stores and we would advise you to get a quick feel of the Wedge Touch Mouse to ascertain if the design is useful for you. Of course one point to keep in mind is that it's designed for ultra portability and thus it is made to be as light, sleek and compact as possible. It's so small, we bet some people will even have a tendency to lose it! 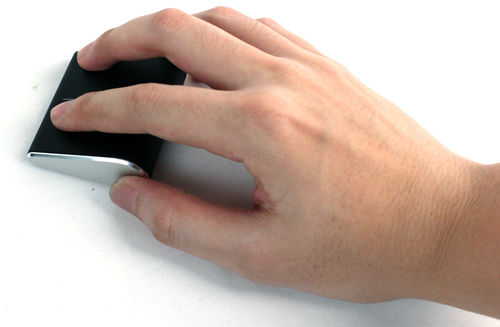 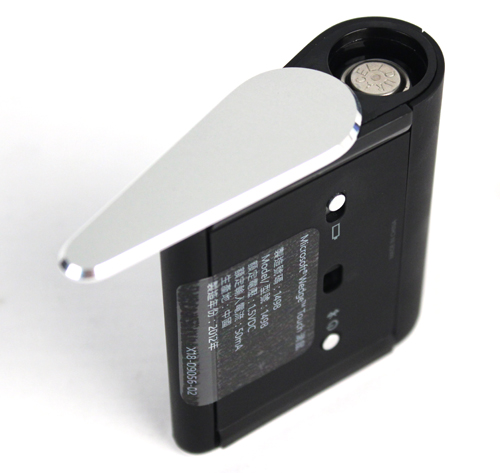 The mouse uses Bluetooth 3.0 connectivity which makes syncing it to your device a breeze. As such such, it should easily work with a wealth of notebooks, tablets and even desktops equipped with Bluetooth functionality. To save on battery life, the Wedge has a built-in "Backpack Mode" which automatically turns it off if you power down (or sleep) the device that it's synced to. Microsoft tells us it will last approximately ten months on one battery, but of course, we haven't been able to confirm that yet.

Using the Wedge Touch was generally good - although as mentioned before, we did find it a little bit too small. It felt quite similar to using a trackpad on a notebook and the top surface of the Wedge actually has a very similar size to many trackpads.

The base is smooth and glides easily, and we found the sensor to be precise, tracking accurately without issues. As with many of Microsoft's other mice, the Wedge uses BlueTrack technology which lets you use it on almost any surface - even on glass (but not on clear glass or mirrors). A rudimentary testdrive on a multitude of different surfaces produced good results.

The click was pleasingly firm with a reasonable amount of travel for such a small mouse, unlike many of the flimsy clicks found on other portable mice. The four-way touch scroll works well, and registers across the entire surface of the mouse, although we were disappointed to discover that unlike Microsoft's other Touch Mouse, it is not multi-touch enabled, meaning that you can't execute multi-finger gestures such as pinch-and-zoom. As such, we feel that it's not exactly as Windows 8 ready as we would have liked it to be.

Notice that we mentioned it supports 4-way touch scroll? Essentially, that means you can swipe up, down, left or right and the mouse will recreate these actions as if you executed them using your finger on a touchscreen enabled device. Given these characteristics, the Wedge Touch Mouse seems to be a better companion to non-touchscreen notebooks than for tablets which already have touch enabled screens and register multi-touch gestures too. 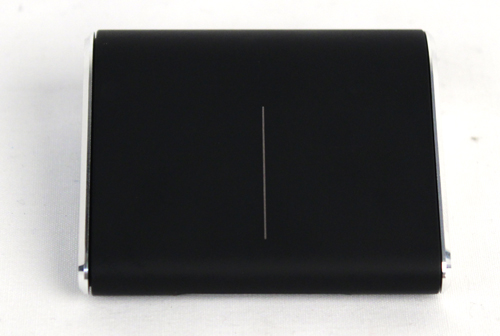 Overall, the Wedge Touch Mouse is a well-built and extremely compact portable mouse, which should make it ideal for anyone that wants the precision of a mouse without the extra weight and bulk. Having said that, we feel that it could be much improved with the addition of multi-touch capability.

While Microsoft has designed the Wedge Touch Mouse for use with Windows 8, there's actually no reason why you can't use it with other tablets or notebooks, as it doesn't have any features that specifically require the Windows 8 OS or Metro UI. 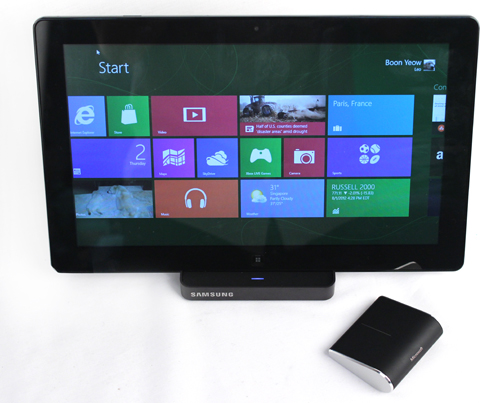