The old Logitech M305 is claimed by the company itself to be one of its best-selling wireless mice. Based on the same contours and shape, it has now introduced the new M325 which looks to usurp the older model’s position at the top with an improved, micro-precise scroll wheel. 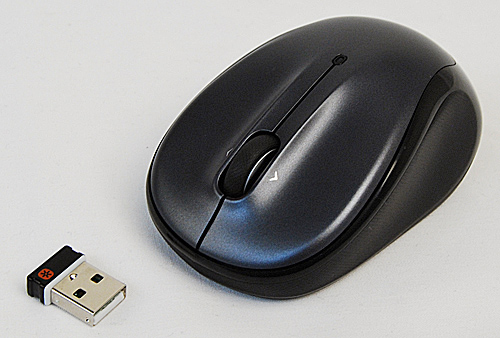 Modern mice boast a whole host of features and trimmings that draw the attention of the consumer, such as the CM Storm Sentinel Advance which has an OLED display on the top surface. Compared to the flashy competitors, the Logitech M325 comes across as staid (it's not brandished as a gaming mouse, after all). While there are funkier color options available (pink, blue, and light grey), our model had a simple dark grey tone with black piping.

Do not let its unadventurous appearance fool you though, the Logitech M325 does have a few tricks up its sleeve. The most impressive of these is a 72-ratchet scroll wheel which is an astoundingly high number when compared to the usual 18 to 24 ratchets a typical mouse sports (each ratchet is about one line of scrolling). This makes the M325’s scroll system functions similarly to the free wheel variety, but with the added comfort of mechanical feedback. In addition, the scroll wheel can be tilted left and right to navigate forward and backward in browsers. The fact that this function is incorporated into the scroll wheel means that Logitech can eschew the usual buttons on the sides which do the same jobs on other mice.

Logitech’s unifying nano-receiver uses 2.4GHz wireless transmission to pair the device up with your computer (though it's RF instead of Bluetooth). If you happen to have more than one wireless Logitech device they can all be paired up with the same receiver, saving you the hassle of plugging in extra dongles (especially if USB ports on your computer are scarce).

Putting the mouse to use, the first thing we realized was that the mouse was slightly on the smaller side. While it was still comfortable to grip - in large part due to the rubberized, indented surface on the sides - we found that we had to switch from a flat palm grip to a claw grip in order to utilize the mouse to the best of our ability. The Logitech M325 definitely seems like a mouse that would work better in smaller and medium-sized hands. 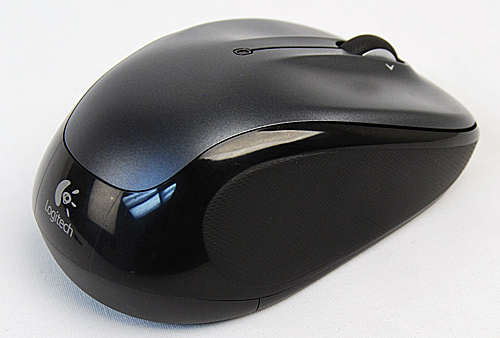 The 72-ratchet scroll wheel worked like a charm and provided us with precise scrolling. It was extremely handy when reading long pages on the Internet. It's also great for long spreadsheets, presentations, documents...well, you get the idea. We also found that it helped with photo editing as it provided added control for zooming. The ability to move forward or backward through pages in a browser with a tilt of the scroll wheel also felt intuitive and found use during our testing. 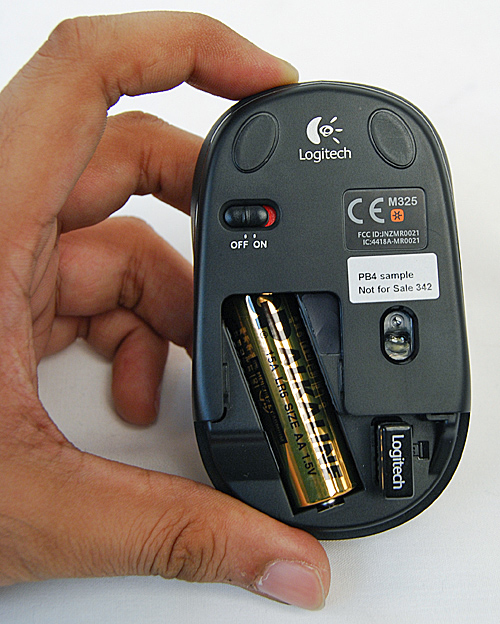 However, the Logitech M325 fell short of expectations when we tried playing a few rounds of StarCraft II: Wings of Liberty. The 1000dpi optical resolution (sorry, laser fans) does not cut it for games that require micro-based movements. Plus, wireless is never a popular route for gamers due to issues of latency and lag with registration of actions. On the upside, besides glass, it tracked well on most surfaces.

From the specifications and design choices, it seems that Logitech intended the M325 to be used for standard every day usage rather than for the specific task of gaming. Wireless functionality and the Unifying Nano-receiver de-clutter your desktop, especially if you are using other wireless Logitech products as well.

Browsing and scrolling through the Web and documents are without doubt the forte of this mouse. The 72-ratchet scroll wheel definitely brings precision to the table and helps when sifting through lengthy text documents or zooming in and out of pictures while editing. We love that we could do a whimsical flick to engage hyper-speed scrolling, stop it, and do precise scrolling with feedback.

The Logitech M325 is also small enough to be portable and it runs on a single AA battery which can last as long as 18 months. The ambidextrous design makes it suitable for both left and right handers. At an affordable price of $39, the M325 is an easy recommendation.