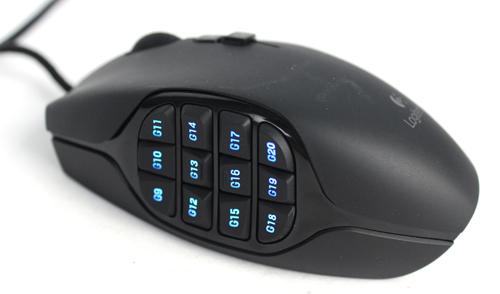 If you’ve ever played an MMO at length you’ll know that what separates good players from great players are the ones who take the trouble to hotkey every ability within easy reach of their fingers. For most, that means overloading the left-side of the keyboard with keybinds and making full use of Alt, Shift and Ctrl modifiers. But with more and more abilities being added as expansions are released and games become more complex, gamers are quickly running out of keyboard real estate space. The obvious answer seems to be to shift some of those keybinds to the underutilized right hand. Of course, in order to do that, you probably want a mouse with more than five buttons.

Birth of the MMO Gaming Mouse

Three years ago, Razer first approached this problem with the 17-button Naga mouse, which, instead of the typical back-forward side buttons, included a phonepad-like 12-button thumbpad on its side. Now, Logitech has joined the party too, with the release of the G600 MMO Gaming Mouse, which tries to one-up (or three-up) Razer, by giving you 20 buttons to work with. 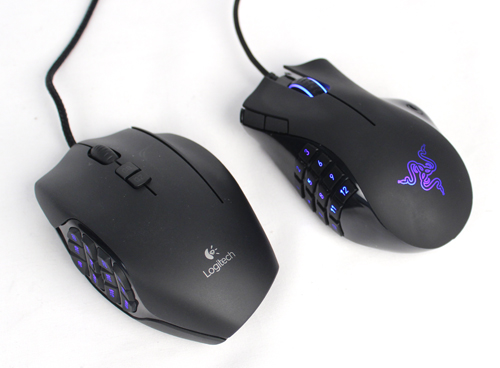 Like the Naga, the G600 is a high profile mouse, but it’s also a fair bit wider and shorter, which makes it best for a palm-style grip. At 133g it’s also slightly on the heavy side. Aesthetically, it’s a clean look without too much distraction - the thumbpad features customizable lighting and that’s about it. The rest of the mouse has a smooth, matte-black finish with a small patch of grippy rubber material on the right where your little finger rests. As it’s aimed at MMO gamers, accuracy and insane DPI isn’t a priority, and as such, it uses a decent but not amazing 8200 DPI laser sensor.

While the G600 uses a 12-button thumbpad similar to the Naga, Logitech has cleverly chosen to break it into two columns of six, with each button slanted towards a central point, giving each a distinct tactile feel to help you 'find your way around' without having to check on which button your thumb is going to engage. 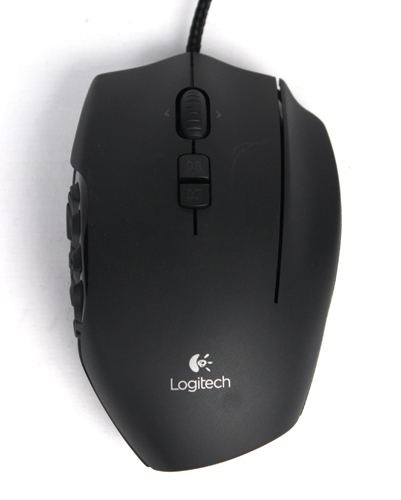 The third click button is the biggest difference between the G600 and Razer’s Naga. Rather than a button on its own, it functions as a Shift button. If you’re familiar with any of Roccat’s mice, it’s the same as their Easy-Shift technology, essentially this works like the Shift key on your keyboard: holding it down and hitting another button will modify that button’s function. Logitech have smartly added this technology to the G600 – their version is called G-Shift – which, when combined with the 12-button thumbpad, gives you easy access to a whopping 24 buttons on your right-hand alone.

Using the pre-configured driverless settings, you can use the rear-most button under the scrollwheel to cycle through options for G-Shift. By default, the standard thumbpad layout is assigned to keyboard keys '1' through '=', with the G-Shift modifier turning them into Shift + '1' through '='. Installing Logitech’s drivers lets you remap the G600’s buttons, including G-Shift functionality, to any keys you like.

Trying out the G600, the wide but short shape takes a bit of getting used to, but after settling in we found it very comfortable. The thumbpad was much easier to adapt to compared to Razer's Naga thanks to the slanted gradient on each key that gives you a distinct tactile guide to where your thumb is resting. Additionally, once you start thinking of the thumbpad as two columns of six, rather than one big 12-button pad, it becomes much easier to use. Overall, our learning time was definitely shorter than with the Naga. The laser sensor had some minor issues with lift, but was generally problem-free.

We also found the positioning of the G-Shift key more intuitive and easier to adapt to than on Roccat mice, where Easy-Shift is usually the awkward-to-hit rear side button. Having said that, we’re not completely convinced that 12 more mouse buttons are really necessary. Unless you’re planning on playing one-handed (which is actually very possible with the G600), you probably don’t have so many abilities that you need the 12 extra hotkeys G-Shift provides in addition to the thumbpad AND the ones you’ve already got on your keyboard. Still, G-Shift adds more options, and options are never a bad thing - after all, you never know how many more expansions will be released.

One-Handed Gaming Has Never Been This Easy

Between the Naga and the G600, it’s hard to pick an outright winner. Both mice retail for a similar amount (approximately S$100). The Naga is slimmer and lighter, with a more curvy shape, which is likely to be better for those with smaller hands, whereas, if you like wide, heavy mice, the G600 might be for you. If you've never used an MMO gaming mouse before, you'll probably have a faster learning curve with the G600's thumbpad.

If all you want is a mouse you can play one-handed with, the G600 is the definite winner as it just has more hotkey options available and is easy to activate too.