Ultra High Definition TVs (UHDTVs) or 4K TVs as they are commonly referred to, started off as extravagant behemoths (like this and this). Of course what better way to show off new technology with a bang? After nearly a year in the market, 4K TVs are finally coming down to more manageable sizes so that everyone has the chance to fit a 4K wonder in their home. So Samsung, Sony and LG have introduced 55-inch and 65-inch models as part of their respective 4K TV range. Today, we got a chance to test out the new LG 65LA9700 65-inch Ultra HD TV before it hits local markets later this week. 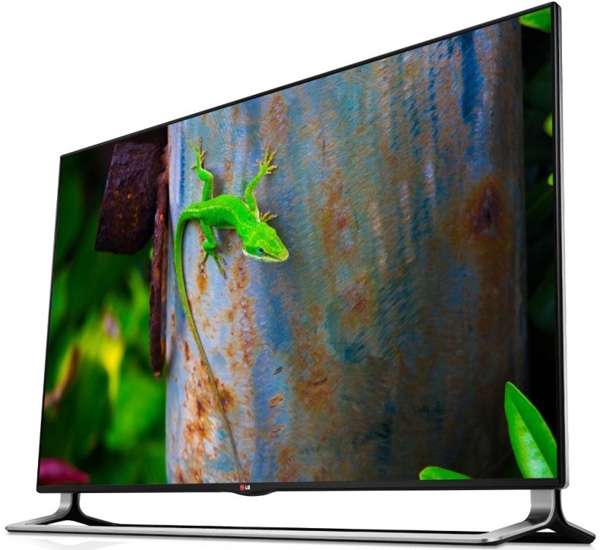 In terms of looks and aesthetics, the 65LA97000 resembles LG’s 2013 range of LED TVs. The main difference in appearance seems to be the stand for the screen, with the Ultra HD television’s stand being much broader and rectangular, as opposed to the curved stands seen on the LG's full HD LED TVs.

A quick glance at the side of the 65-inch LA9700 also reveals that it is a fair bit thicker than comparable models from Sony and Samsung. The reason for this is the fact that LG has employed full array LED backlighting as opposed to the edge lighting used by its competitors. The full array backlight feature is labelled by LG as "Nano Full LED" and the 65LA9700 in particular has "144 blocks" of LED lighting clusters for sharper images. "Micro Pixel Control", which is LG’s fancy way of saying local dimming, is also available. Even though edge LED TVs have come a long way in terms of performance, full array backlighting with its local dimming qualities remains the holy grail of LED lighting technologies for accurate and even color rendering. 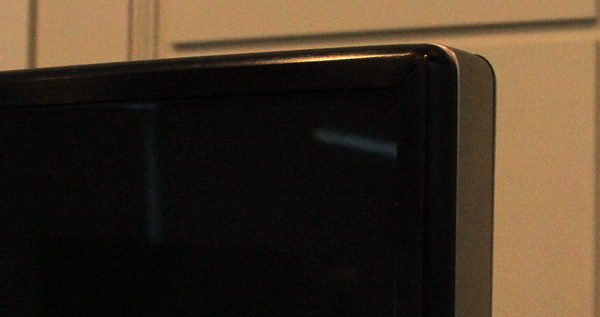 Once again, much like the standard LED TVs that LG unveiled earlier this year, the 65-inch LA9700 from LG comes equipped with a dual-core processor. As we have discussed earlier in our prior coverage, the main benefits of this feature are snappier operations in the form of quicker power-on, faster channel switching and prompt webpage loading.

To go along with the dual-core processor is the Triple XD Engine. Responsible for image processing, Triple XD handles standard duties such as ensuring proper color, contrast and clarity. LG states that the Triple XD Engine comes with dynamic scanning to ensure details are preserved during motion sequences as well as Dynamic Clear White which manipulates color temperatures to ensure natural visuals. While primarily responsible for treating native content, the engine also delivers active noise reduction.

The feature which sets the Ultra HD televisions apart from the regular full HD TVs, besides the 4K resolution panels, is the Tru-Ultra HD Engine. This is the name LG has bequeathed to the image upscaler on the Ultra HD screens and hence can also be found on the 65LA9700. Upscaling may be a 'dirty' word according to purists, but sadly it is the reality of the 4K scene at present. With the scarcity of native 4K content, the upscaler has to work hard to make sure lower resolution content looks good on the Ultra HD screen. So until ultra high resolution content is easily available, the TV's upscaler would play a pivotal role as a stop-gap measure to help you enjoy your 4K panel TV. The Tru-Ultra HD Engine comes with 4K Motion Estimation and Motion Control (MEMC). This feature purports to slip in four extra frames between each of the original frames for a more realistic and natural 4K moving image. 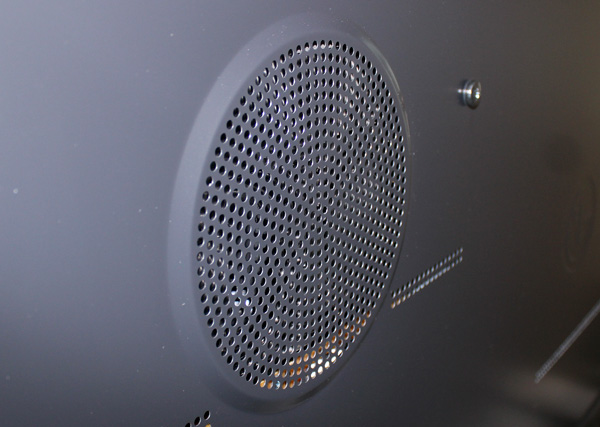 Another interesting feature of the 65LA9700 is its speaker system. The 65-inch LG Ultra HD television comes with 4.1-channel audio. The front facing four speakers are in the form of a sliding bar at the bottom of the TV panel. This bar can be retracted into the body of the television when it is not in use. At the same time, there is a rear-firing sub-woofer on the back panel of the television.

You will also find the ports for connectivity at the back. The 65LA9700 has three HDMI ports, three USB ports, one AV In, one Component Video In, one Optical and one 3.5mm analog audio port. 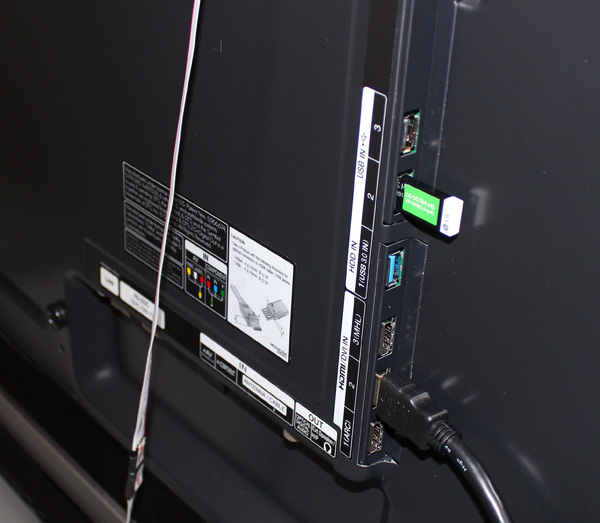 Our preview session with the LG 65LA9700 was not conducted in our lab hence we were unable to run through our regular calibration processes. However, the 65-inch LG Ultra HD television comes with a handy feature called Picture Wizard II. This can help users perform simple calibration taking into account of their room lighting conditions to determine their own settings after following through with a few simple steps. 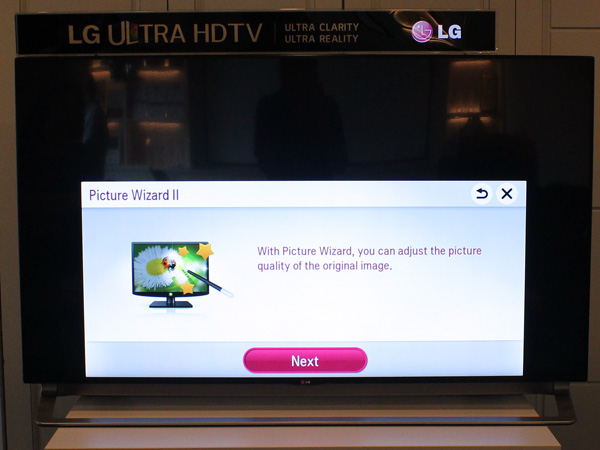 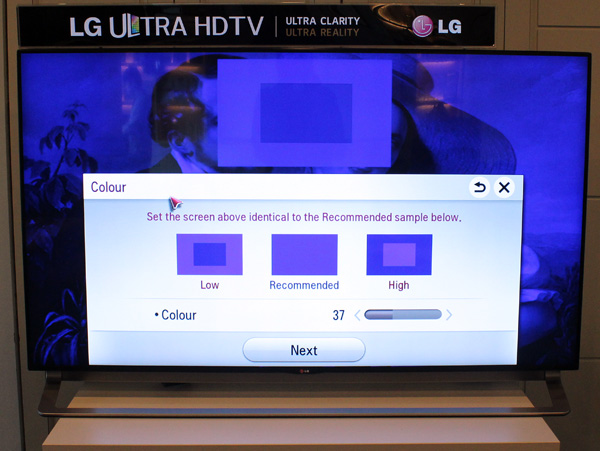 With the screen settings all sorted, we decided to try out the 65LA9700 with some 4K content kindly provided to us at the venue. Running through the clips we were impressed with the color representation of screen. Much like the older 84-inch LM9600 Ultra HD TV from LG before, the new 65-icnh 4K contender wowed with the uniformity of its display. Unlike the older model, which exhibited some bleeding of light around the edges, the 65LA97000 suffered from no light leakage problems. 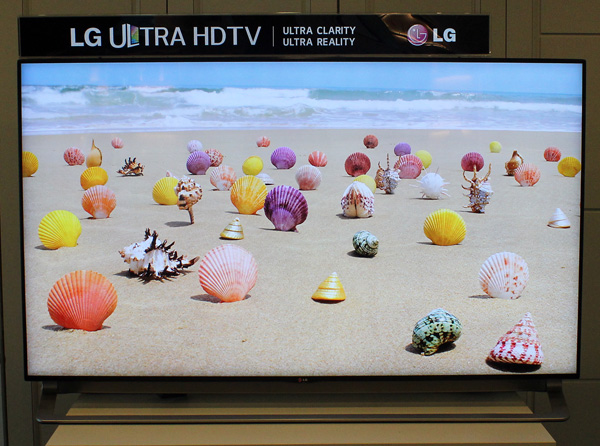 The most impressive aspect of the 65LA9700’s performance was its natural representation of colors. Cycling through videos that tested the blues, reds and greens, we found the color representation to be tasteful and dynamic, without being oversaturated or too heavy on the contrast. As can be expected with 4K content, the textures and level of detail on display were easily better than those found with just full HD televisions. 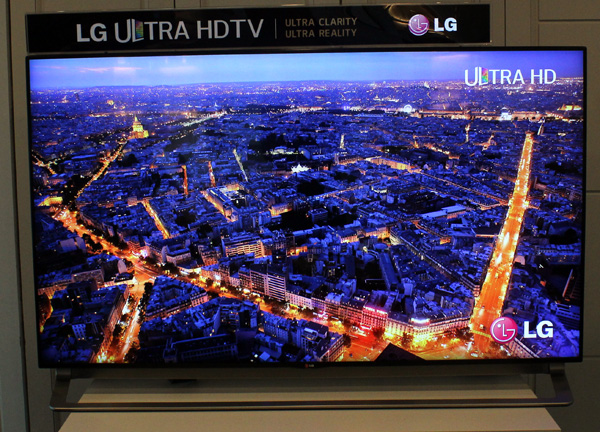 However, there were some aspects of the performance which were not up to scratch. The 65LA9700 delivered deep blacks which were a joy to watch. But in some instances though, the black was so deep that the details in the shadows were not visible. Seeing that this LG 65-inch Ultra HD model is equipped with full array backlight LEDs and local dimming, it was somewhat disappointing to note this shortcoming.

To further test the capacity of the 65LA9700, we viewed our DVD version of X-Men to check on the upscaler's capability. We have to give props to the Triple XD engine for the low level of noise and to the Tru-Ultra HD Engine for upscaling the content well. A few artifacts, motion judder in particular, were evident during the motion intensive sequences but these are unavoidable due to the source material being used and the large size of the screen.

LG has stuck with passive 3D features for the 65LA9700 and in all honesty not much has changed with regards to its performance from the larger 84LM9600 that we've tested earlier. We found the 3D effect to be exceptional when utilized with 4K content, with the glasses being comfortable. However at short distances, interlaced lines could be seen and this is a problem with all passive 3D TVs.

Another smart use of the polarized passive 3D effect is titled "Dual Play Mode". This feature allows two players to play multiplayer on the TV without having to split the screen in half. We will be showcasing this feature further in a video demo shortly, but to read up more on this feature, we've got it detailed in our previous assessment of a 55LM9600 TV when the feature first debuted.

The smart feature suite for the 65LA9700 is similar to the one found on LG’s lineup of full HD LED TVs for 2013. It includes the Smart Share option which is built of technologies such as MHL, Intel Wireless Display and Miracast. Navigation is managed by LG’s new Magic Remote. For details and more examples of the Smart Feature suite, check this article. 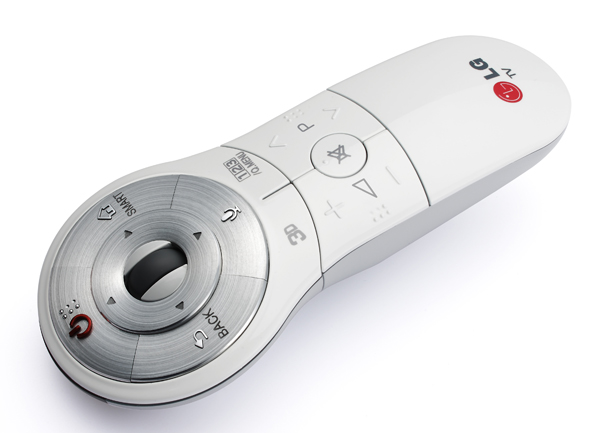 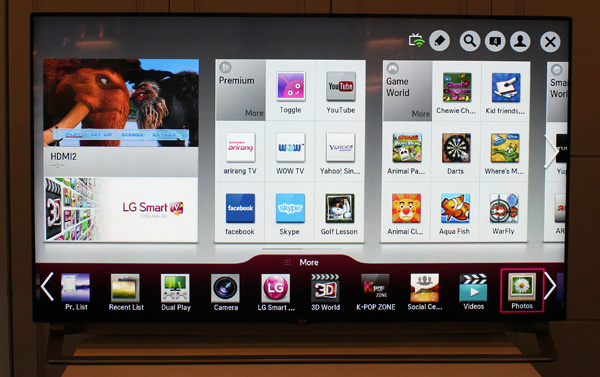 After a more thorough hands on with the smart feature suite, we would like to highlight our experience with a couple of newer functions added to this year's LG Smart TVs such as voice recognition. While it cannot be used to issue controls, such as changing channels, users can employ it to perform content searches.

Also introduced to other LG Smart TVs this year, the 65LA9700 smart feature suite includes an option called Time Machine. With this users can record video from free-to-air channels, such as Channel 5 here in Singapore. The record button is only available when the TV detects the presence of free-to-air content. The recorded videos can be stored on 4GB of internal space or an external hard drive and then viewed later. Do note that once an external hard drive has been formatted to be compatible with your 65LA9700 it cannot be used with any other devices (including other 65LA9700s). This is to ensure protection of intellectual property for content producers. Due to the presence of dual tuners, you can record content while viewing something completely different at the same time. Of course for StarHub TV subscribers, this feature might not be anything new as the top tier decoder box has had PVR functions for a long time now.

With all the manufacturers now carrying a 65-inch and 55-inch 4K television model, it is obvious that they are trying to increase market adoption of Ultra HD panels. With the smaller size also comes a smaller price-tag (although not quite the US$999 price point of the TCL screens in USA). The older and larger 84-inch LM9600 from LG still costs a whopping S$24,999. Comparatively, the new 65-inch LA9700 is much more affordable with a price-tag of only S$9,999. Still not in your area of affordability? LG has an even more competitively priced model, the 55-inch LA9700, which retails for S$6,999.

The price of the 55-inch and 65-inch LA9700 is identical to the variants from Sony in the form of the KD-65X9004A and KD-55X9004A. Unfortunately, not having had a chance to get our hands on Sony’s contender, we cannot give you comparative analysis between the two. However, the falling price and size of the Ultra HD television seems to be bringing them into the space occupied by premium full HD televisions (e.g. LG's 55-inch LA8600 model is just under S$5,000 and that's not too far from the 55-inch 4K TVs pegged at $2,000 more). At this point it becomes a matter of whether a user is willing to buy in to the idea of 4K resolution right now, or wants to wait till it is more pervasive.

Taking the performance of the 65LA9700 into account, there is no doubt left that 4K resolution is the future. The level of detail and texture displayed by this LG Ultra HD TV with 4K content, is something that's unmatched by any full HD TV. The upscaling implemented by the Tru-Ultra HD Engine was also commendable and does enhance lower resolution content to a level where they can be adeptly displayed on this 4K panel. But the fact that upscaling is required points to the fact that there is still a dearth of 4K content.

A similarly sized full HD LED television could possibly save the consumer a couple of thousand dollars or more. But it will also mean that once 4K eventually arrives, the user will have to shell out for a completely new television screen. Or you could just invest in options such as the 65LA9700 right now and be ready for the future when it arrives.