Since the inception of Bluetooth headsets, an important thing consumers look out for in selecting a Bluetooth headset has been voice quality. That and of course its exterior design and appearance. With the new i.Tech i.VoicePRO Bluetooth headset, the company attempts to serves up a pretty delectable headset that might just blow your eardrums away with its noise cancelling technology. 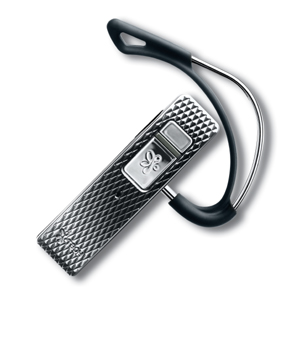 The first thing you will probably notice with the i.VoicePRO is the styling; nothing too loud or colorful that will make it a fashion faux pas, and it looks professional enough for the executives. Utilizing the standard over-the-ear design, i.Tech has managed to incorporate an ear-clip design that stays surprisingly comfortable over prolonged periods of use, though it has to be said that with the clip on, you will probably have a much harder time placing the device in your ear when a call comes in. The option of removing the ear-clip is also available, but we preferred having it there nonetheless.

As with the design of the headset, the entire retail package is simple. Besides a nice box and the main headset, consumers will only find the following: one wall charging adapter, a micro USB charging cable, ear clip and a manual. Certainly not the best extras you can find with a Bluetooth headset, but it definitely gets the job done.

Volume control was of no issue as we managed to adjust it with minimal fuss, which adds to the well defined audio quality we got with the device for both the sending and receiving end. And of course, let's not forget the best feature of the unit - the integrated noise cancelling capabilities found within the i.VoicePRO. Coupled with the new Bluetooth Version 2.1 with EDR Class 2 technology, voice calls using the headset were almost flawless and there was minimal signal loss. We had conversations with a car stereo playing at reasonable volume, just to have the caller mistaking us for being at home due to the effective noise cancellation! Least to say, we were pretty impressed.

Battery life is, however, a tad short at a rated 5 hours talk time due to the noise cancellation feature, but the unit should have no problems lasting an entire day on both standby and active mode. All you need to do is to charge the i.VoicePRO daily, and it is really a minor trade-off if voice/call quality is your thing.

The i.VoicePRO is reasonably priced at a recommended retail price of S$128, which is especially important in a saturated market where consumers have no lack of choices. The only gripe we have is the difficulty in putting it on, unlike other headsets which can be attached easily with one-hand. Nonetheless, if voice and call quality is of utmost importance to you, you should consider the i.VoicePRO with its superior audio quality aided by its noise cancelling feature.