HP is no stranger to dockable tablet devices. Last year, when convertible Ultrabooks were first hitting the market, HP put its money on the Envy x2, an 11.6-inch Intel Atom-powered Windows 8 tablet with a keyboard dock that transformed it into a notebook. As the name suggests, the HP Slatebook x2 is another dockable tablet, this time, with an NVIDIA Tegra 4 processor and a 10.1-inch Full HD display, running a mostly default version of Android 4.2.2.

Here's a look at the Slatebook x2's key specs, and how it compares to its closest competitor, ASUS' recently released Transformer Pad TF701T:

With its matte plastic gray rear, the Slatebook x2 isn't the most visually stimulating tablet out there, but it's not an eyesore either and the serious gray tones may actually be preferable for business users. Unfortunately, the finish is rather delicate and scratches quite easily. It also picks up smudges and oily fingerprints at an alarming pace.

HP has made the questionable decision to locate both the volume rocker and power button for the Slatebook x2 on the rear of the device. While this lets the tablet have a comfortable tapered edge, it can make powering it on quite frustrating. Worse yet, both buttons are flush with the tablet's rear chassis, so even if you know what general area they're in, it can be difficult to find by feel. Even after a few days with the device, we found ourselves flipping it over to press the power button after a few unsuccessful attempts at blindly turning it on.

HP has fitted the Slatebook x2 with a 1920 x 1200 full HD IPS touchscreen display, which boasts a more-than-sufficient ppi of 224. But despite its seemingly premium specs, the display falls a bit short, as it is quite dim even at maximum brightness, and also suffers from disappointingly narrow viewing angles. Colors also looked a bit too warm to us, which is especially evident on websites that predominantly use white. The display is also one of the glossiest we've seen, with a mirror-like reflective quality, no matter what the lighting conditions are.

Audio-wise, to HP's credit, it has put both of the Slatebook x2's speakers on the front of the tablet at the lower left and right edges so that the sound is always directed towards you. Unfortunately, the audio is just too quiet and tinny to be useful for any personal entertainment, and you'll definitely want a decent pair of headphones if you plan on watching a movie on this tablet. 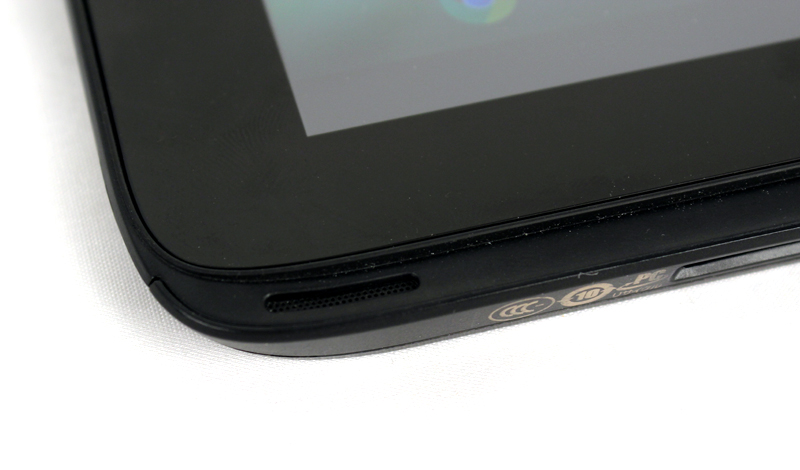 Expectations are generally fairly low when it comes to camera capabilities on a tablet, and HP certainly isn't trying to change that with the Slatebook x2's 2MP rear shooter which, honestly, feels more like an afterthought than anything else. Nevertheless, let's take a look at our usual test shot: 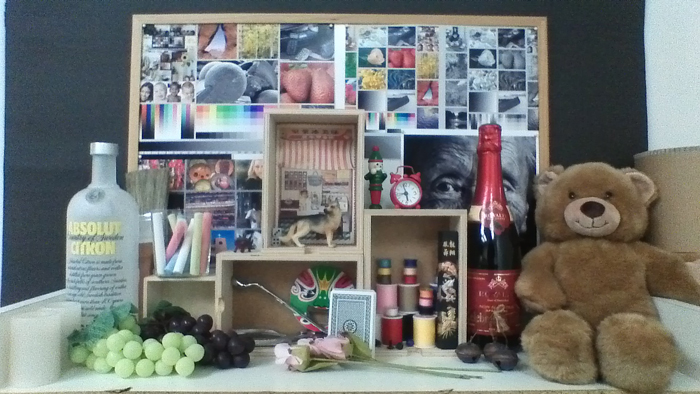 Like ASUS' Transformer pad range, the Slatebook x2 comes with a keyboard dock that also includes an extra battery. The keyboard is definitely one of the high points for the Slatebook x2, with well spaced, generously-sized chiclet keys, and a firm feel with a reasonable amount of travel as well. The entire keyboard also feels quite sturdy, and there wasn't much flex evident.

The keyboard also comes with a small rectangular clickpad. While smaller than most notebook trackpads, it's still large enough to be functional (unlike, for example, the tiny track strip found on Sony's Vaio Duo 13). The trackpad is quite responsive and accurately recognizes two-finger scrolls and most taps, but it does feel a bit strange to be using it with Android OS, which wasn't designed to be used with a cursor - and as such, you're limited to only the most basic navigation functions as most of the common cursor-based actions like drag-and-drop, or multi-select won't work. 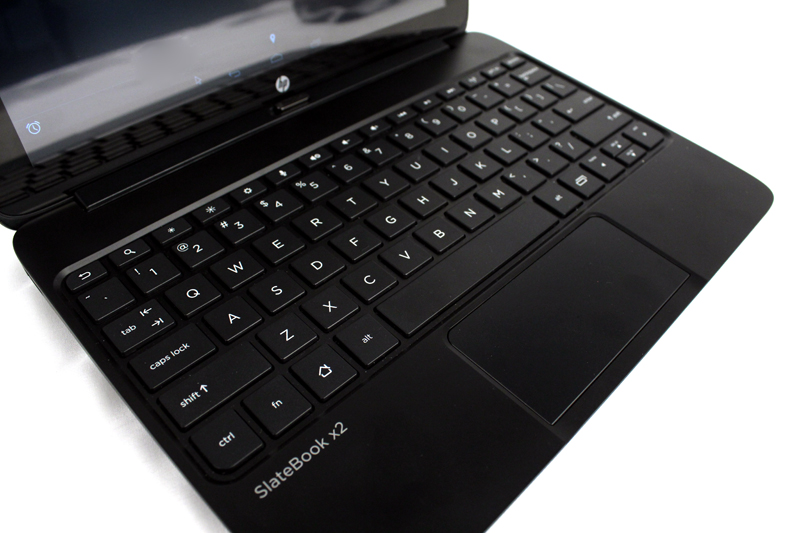 The Slatebook x2 tablet is somewhat lacking in ports, with just a headphone/microphone port and microSD card reader found on the tablet itself. Connecting it to the dock will give you access to a USB 2.0 port, an SD card reader and an HDMI out port but rather frustratingly, in either mode, the Slatebook x2 is lacking a data connection port, meaning that there is no way to connect the Slatebook x2 to your home PC. As a result, any file transfers will have to be done one at a time using HP's File Manager Android app via a microSD or SD card, or a thumbdrive connected to the USB 2.0 port.

The Slatebook x2 has a 3375mAh capacity battery, with an extra 2960mAh battery in the keyboard dock section. This is rather small for a tablet, most of which sport batteries of at least 5000mAh or higher. The battery powering ASUS' Transformer Pad TF701T has twice the capacity at 7820mAh, and the keyboard dock battery is larger too, at 4170mAh.

As expected, in our video looping battery test, the Slatebook X2 only managed to last five hours without its keyboard dock before dying - significantly shorter than the 9 hours and 19 minutes achieved by the ASUS Transformer Pad.

The HP Slatebook x2 isn't a bad tablet overall, but unfortunately many of its positive qualities come attached with a caveat that makes it hard to recommend. For example, despite boasting a full HD resolution, its poor viewing angles, extra glossy finish, warmish tinge, and rather dim backlight make the Slatebook x2's display somewhat lacking. The overall design isn't very exciting either, and is let down by the questionable decision to put flush buttons on the back of the device. The trackpad was responsive and fairly accurate, but completely limited in functionality due to the Android OS.

But by far the biggest obstacle the Slatebook x2 will face, is that it is competing against ASUS' Transformer Pad TF701T, which is not only slightly thinner and lighter, but also offers a faster Tegra 4 processor, a higher resolution display, a much better 5MP camera, twice the default storage, twice the battery capacity, and a starting retail price that is only S$50 higher. With all of the Transformer Pad TF701T's advantages, it's hard to think of a compelling reason for anyone to choose the HP Slatebook x2 whose suggested retail price is S$699.