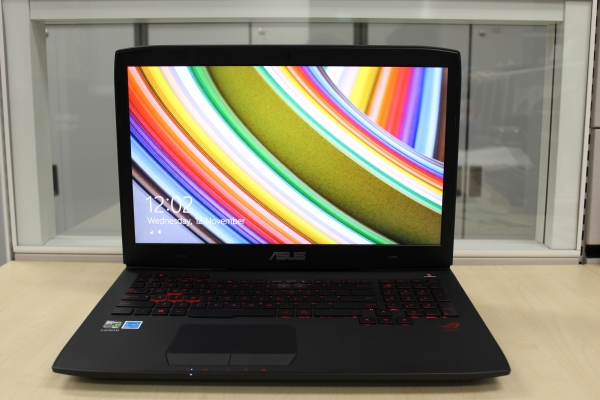 Updated 17/11/2014: We've just received word from ASUS that the ASUS ROG G751JM is called the ASUS ROG G751JT locally. Other than the minor name change, everything else is as stated. To avoid confusion, we've amended our article.

ASUS's ROG line is set to release another salvo in their never-ending battle to keep pushing out quality gaming machines. Their latest is the G751 series. Boasting the latest Intel mobile processor, it's also packing a punch with the new NVIDIA GeForce GTX 900M series graphics chip. The 17.3-inch IPS screen has a resolution of 1920 x 1080 pixels (also simply know as "Full HD") and has a matte finish, which reduces glare and reflections.

We first had a sneak peek at it while checking out the full slew of new GeForce GTX 900M graphics notebooks at an NVIDIA event in September. Today, we've got one in for a closer inspection. The G751 comes configured in two models and this is how they differ:-

Both models are encased in the exact same shell, but the JY model is the beefier of the two. It is powered by a Intel's quad-core Intel Core i7-4710HQ processor and comes with 16GB of RAM, a 128GB SSD and 1TB HDD, and NVIDIA's flagship GeForce GTX 980M mobile GPU. On the other hand, the JT model shares the same Intel Core i7-4710HQ processor, but it is equipped with a hybrid HDD as opposed to an SSD and it also gets NVIDIA's less powerful GeForce GTX 970M mobile GPU.

Showing its roots from its predecessor, the ROG G750, the new ROG G751 series also has vents that are placed under the display and extrude further past it. On the ROG G751 series though, the vents are painted a metallic red, which gives the chassis a nice black/red scheme.

The ROG G751 series has a rubberized top and upper portion of the chassis, which is similar to the older ROG G750. The texture feels great and the rubberized surfaces offers a decent amount of grip, which can be handy especially when in the heat of gaming. 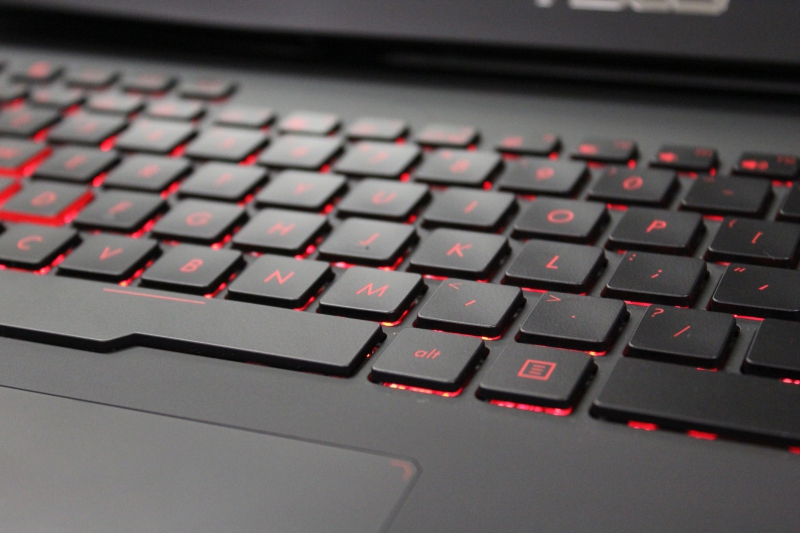 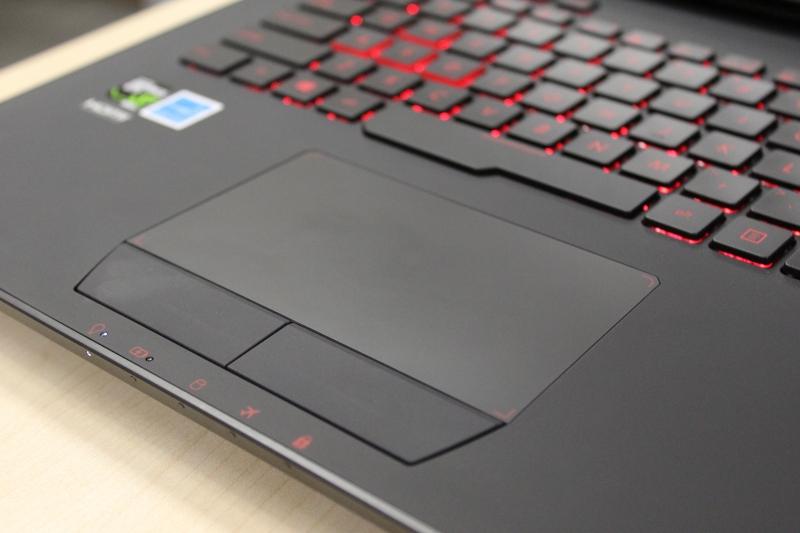 We love the nice shortcut keys to Steam and the ROG app (which gives you detailed information like RAM usage and storage availability all at the touch of a button), which makes life for gamers that much easier. 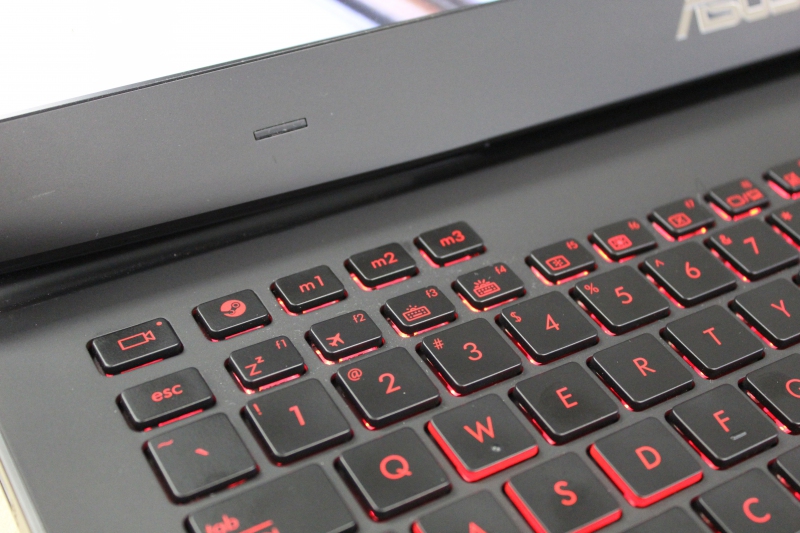 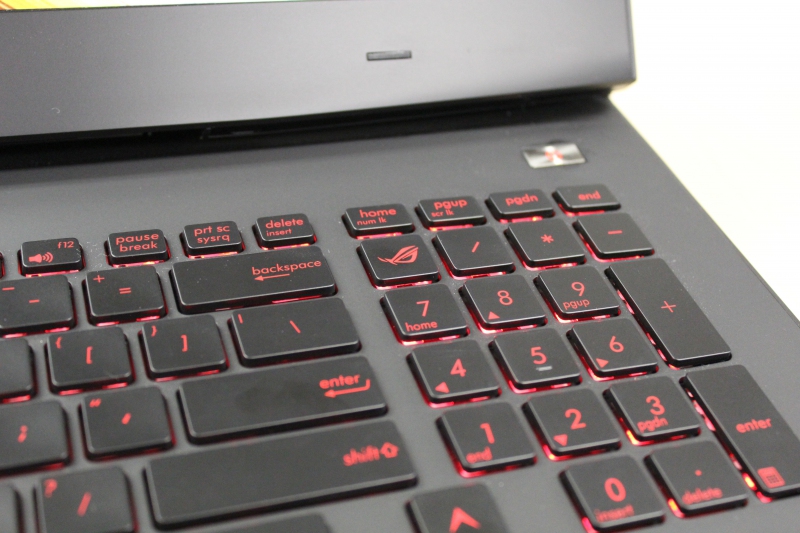 On the right side, we get the various I/O ports and connectivity options for the ROG G751. 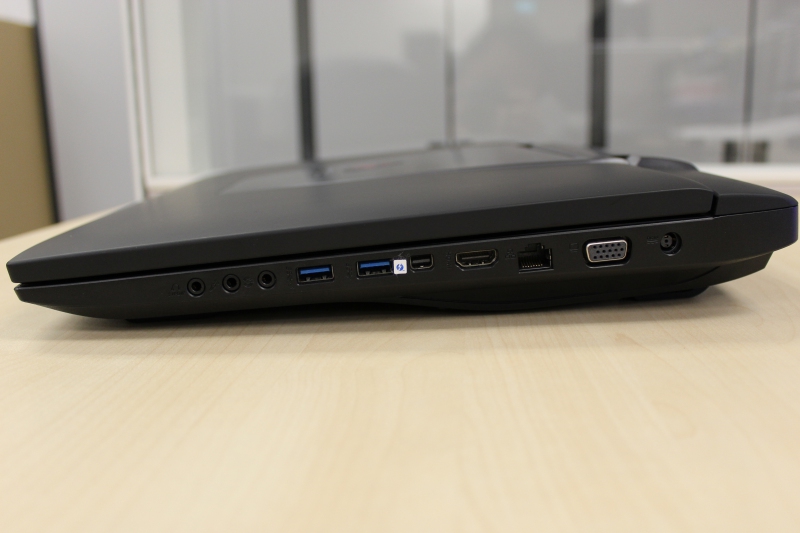 On the left, we get more USB 3.0 ports, the Blu-Ray drive and of course, the card reader slot. 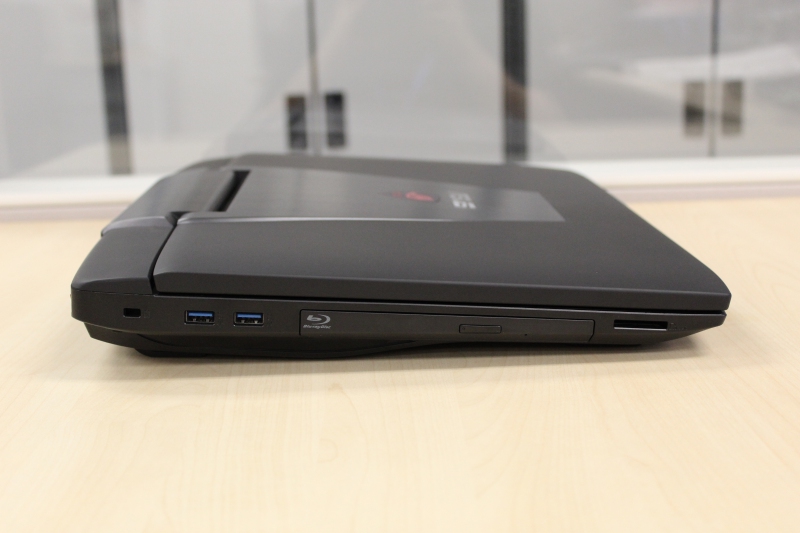 The ROG G751 is one heavy gaming system and weighs about 5.3KG fully loaded (with 8-cell battery). It is also pretty thick at around 42mm at its thickest point, but that tapers down to 23mm.

Overall, we quite like the new ROG G751. It's like greeting a long lost friend, especially with the familiar chassis that is identical to the ROG G750, only this time with red backlights and keys instead of generic white. Gamers will love the new short-cut keys as it allows easy access to Steam and you can even assign the notebook to launch other programs with the three programmable macro keys, perfect for the gamer who also plays on EA's Origin, GOG and Ubisoft's U-Play services. The ROG button is also similarly useful, as it allows you to easily check multiple important statuses with just a single button press. Gaming-wise, the screen is more than big enough to play comfortably and the keyboard is large and responsive enough that it feels as if you're using a standard desktop keyboard instead of a built-in one. Probably the only downside is probably the notebook's bulk, which is somewhat a given with this class of desktop replacement gaming notebooks.

If you're interested in either of them, the ROG G751JY or the ROG G751JT, they cost $2,898 and $2,198 respectively. An exclusive pre-order with Courts will be available from 15 November for gamers to secure their notebooks with a free copy of Assassin’s Creed Unity. Customers who pre-order will also receive a bundle package consisting of a ROG headset, mouse and backpack.

While we would love to share performance figures, the unit we have on hand is a pre-production model and we'll have to wait till we get the final retail-ready version of the ROG G751 to see how it stacks up against comparable gaming notebooks like MSI's GT72 Dominator Pro and Gigabyte's Aorus X7 v3. Stay tuned for those updates in the near future!