With accolades as the first mini-ITX board from ASUS' Republic of Gamers series, the ASUS Maximus VI Impact mini-ITX motherboard is positioned as a "proper" small form factor Intel Z87 gaming motherboard. Despite its 6.7- by 6.7-inch dimensions, the engineers have managed to cram a lot of high-end features, typical of high-end ATX boards, onto the Maximus VI Impact. And whatever they were unable to squeeze onto the board's PCB, there are add-on expansion cards to further enhance the board's capabilities. Just launched a few days ago, we take a closer look at the board's distinguishing features in this article. 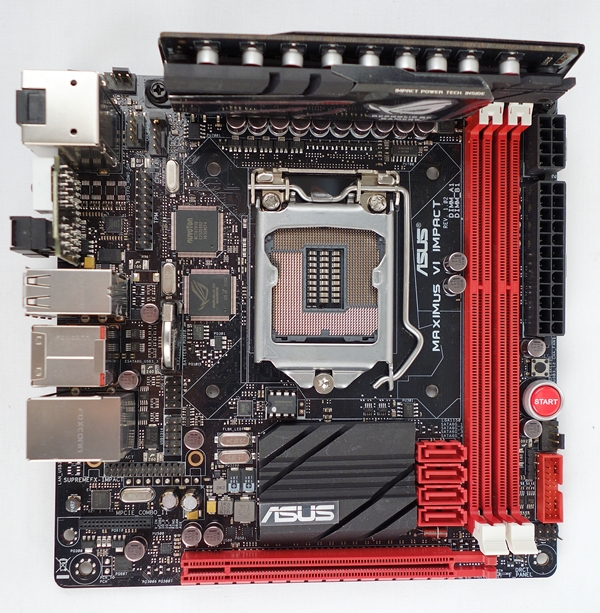 Due to a lack of PCB space, the board features an adapted version of the Extreme Engine Digi+ III where ASUS engineers have packed a portion of the 8 + 2 phase power delivery system onto a raised daughter board. The 60A BlackWing chokes and the NexFET MSOFETs are located behind the heatsink of the daughter board; while the onboard 10K black metallic capacitors are located below the heatsink (on the main PCB). 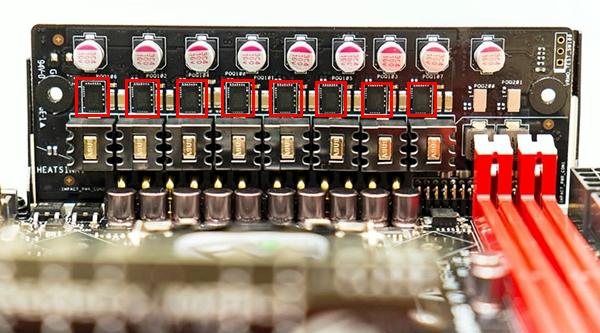 The other space-saving daughter board is the SupremeFX Impact that the marketing collateral describes as a "blade of sound". Its 115db signal-to-noise ratio is nothing to shout about but it does feature four onboard Texas Instruments LM4562 op-amps, which have a reputation for producing stable and natural audio. 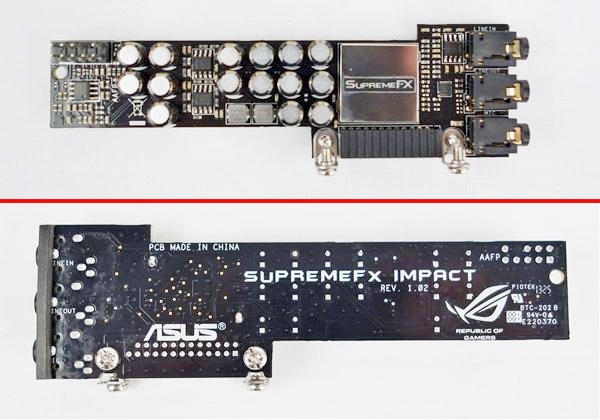 The SoundImpact FX sound card plugs into a connector on the mini-ITX board. The SoundImpact FX connector is located just next to the ROG ProbeIt points, and you can use your multimeter to measure system's current voltage and OC settings. They are the round, slightly raised knobs. 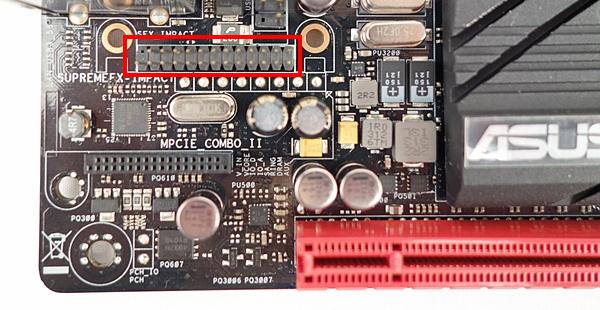 After the sound card is mounted, it stretches over the PCH heatsink of the board. There are three rear audio ports, from the top, a line-in, a line-out and microphone ports. 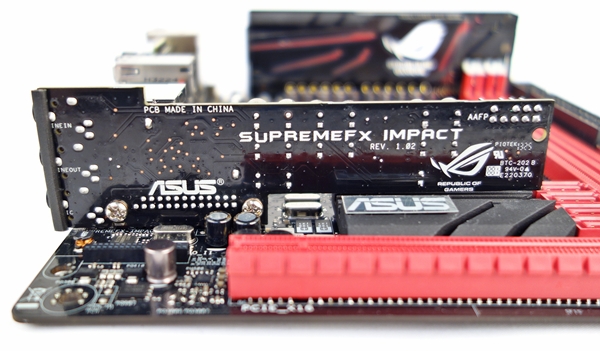 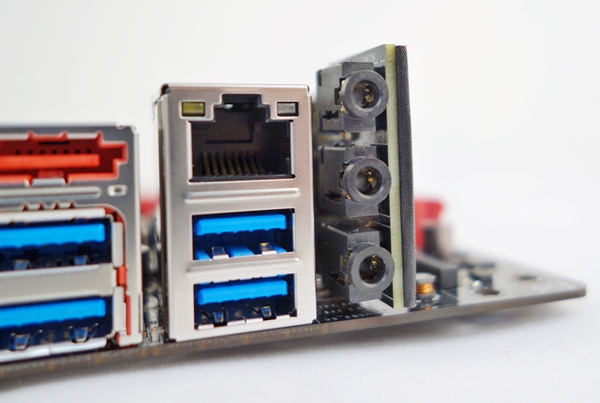 The other bundled add-on card is the mPCIe Combo II expansion card, with an accompanying ASUS 2T2R dual band Wi-Fi moving antennae. These two items are also bundled with the ASUS Maximus VI Extreme motherboard as well. The expansion card provides an option to mount a M.2 (NGFF) SSD, and also houses a dual-band IEEE 802.1ac Wi-Fi and Bluetooth v4.0 module. However, do take note that NGFF SSDs are still hard to come across for end-consumers. 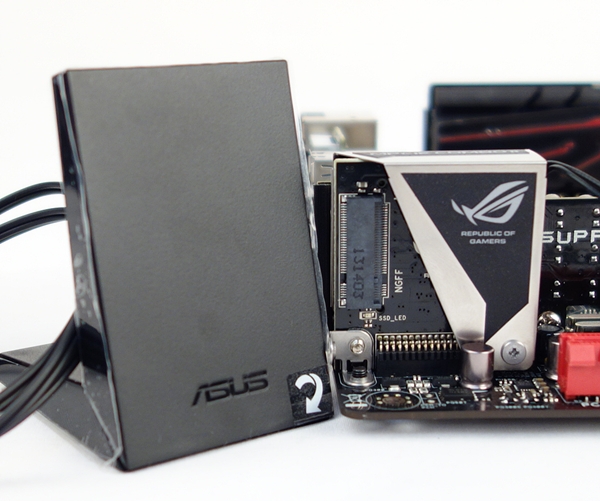 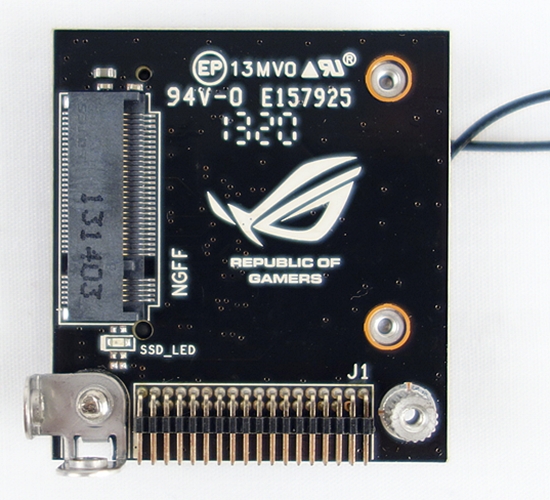 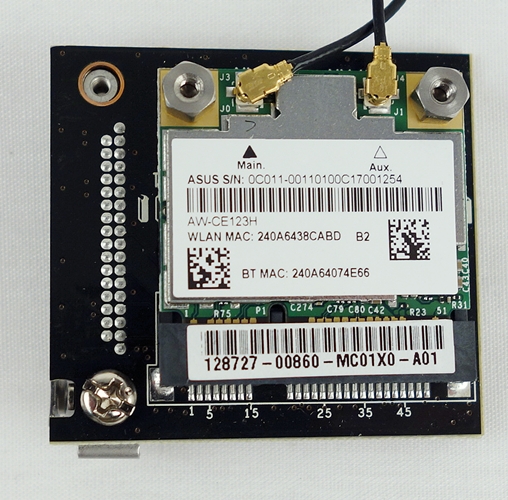 There is one particular high-end feature of the Maximus VI Impact that has been ported over from its larger cousin, the ASUS Maximus VI Extreme. It is the ROG Extension connector for the ROG OC Panel. However, it isn't bundled with the board. 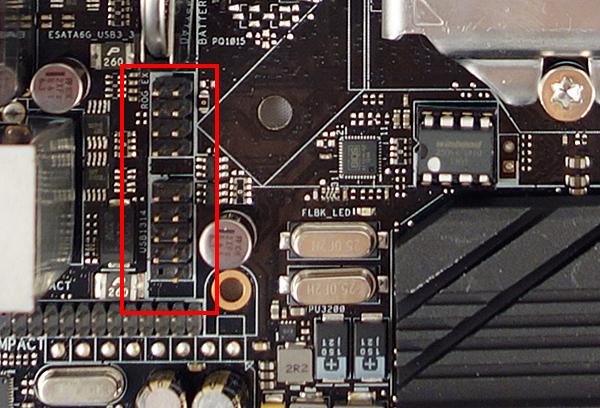