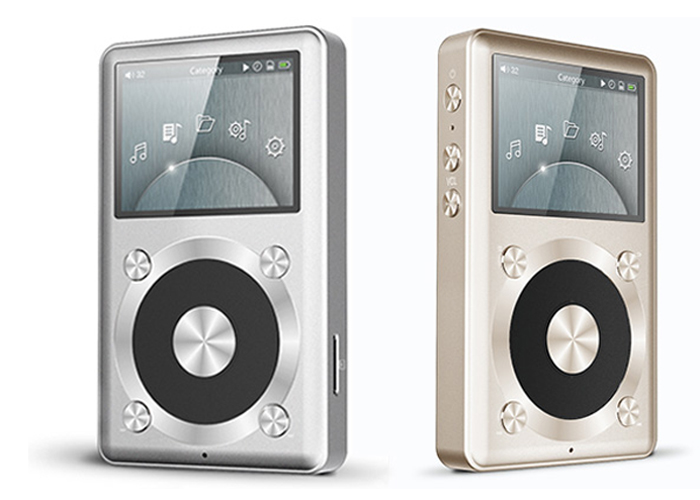 High Resolution Audio (HRA) on the go from a player that’s barely larger than your wallet? That certainly seems to be the promise of the Fiio X1, as it measures just 96 x 56.7 x 14.1 mm, weighs only 106g, and best of all, costs a mere S$159! That’s a far cry from many of the audiophile-quality portable media players out there, and certainly makes you wonder if it actually performs as advertised. Competitors like the Sony NWZ-ZX1 and the upcoming Astell & Kern AK240 all cost a fair bit more.

We’ve had a run with the X1 since its launch, and we’re certainly happy to say that this is certainly a worthy media player that performs as claimed. Got music files in APE, FLAC, or ALAC? The X1 will play them all and more, in up to 192kHz/24-bit resolution. Headphones have impedance up to 100Ω? The X1 will run them just fine too.

In short, if you’re looking for an affordable first step into HRA, the X1 is certainly worth taking a look at, as we’ll elaborate below. If you’d like a quick primer on what HRA is all about though, do swing over to our first looks piece on the Sony NWZ-ZX1, where we break it down for you. 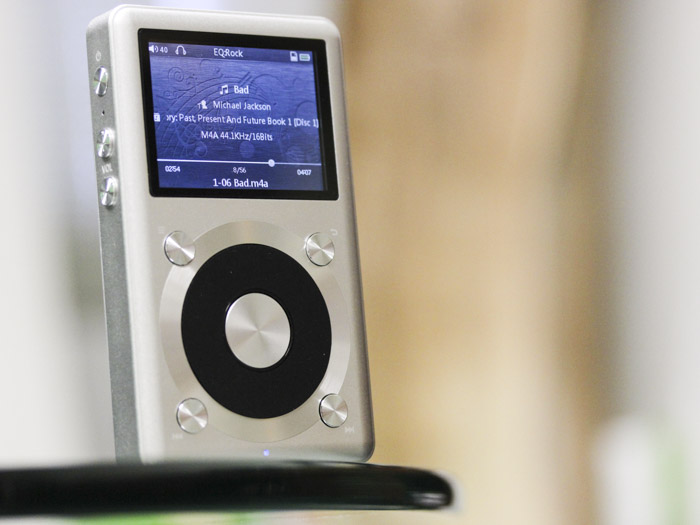 The X1 is available in a choice of silver and gold, and comes with a basic sleeve protector which we think it looks much better without, but at least the option is there for those worried about scratches and the like. As with the Fiio X5 and X3 before it, the X1 features the same basic design that’s highly reminiscent of an early iPod, with a large scroll wheel dominating the front of the player, and four buttons at each corner for selection of the basic functions. 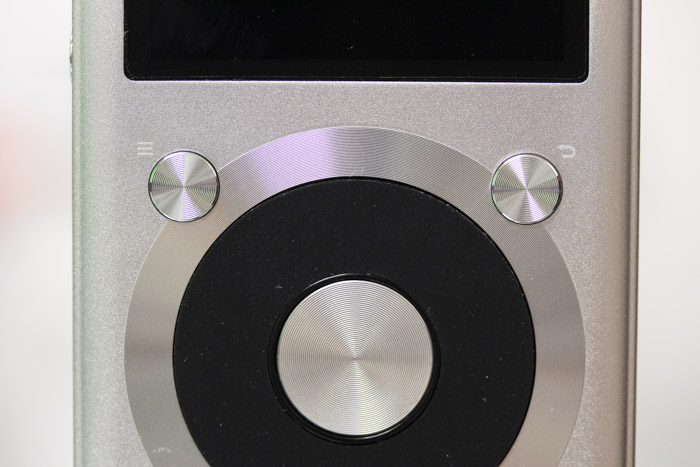 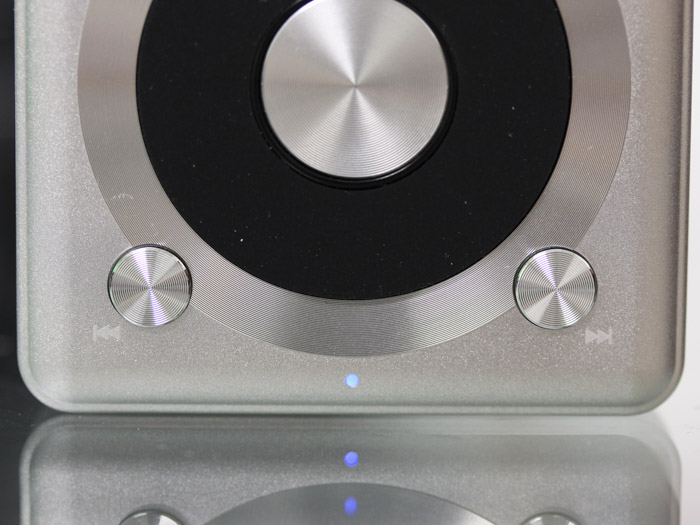 On the side, you’ll find the power button and the volume control buttons, and powering on the X1 gets you the main control options for the player: Now Playing, Category, Browse Files, Play settings, and System settings. One thing to note is that the Fiio X1 doesn’t have any internal storage. Rather, there’s a microSD slot that will take up to 128GB capacity cards. This is probably part of the reason why Fiio has been able to bring the price down so much. That, and the fact that the color LCD is merely a 2-inch, 320 x 240 pixels TFT non-touch screen; quite a step back from the high resolution touch LCD screens that are ubiquitous on every smart phone now.

Coming back to the microSD slot, we felt the spring mechanism is a little too tightly wound, which meant the microSD card could shoot out when released. Also, getting the microSD card to stay in the slot wasn’t the easiest. Thus, we’d recommend getting the largest card you can comfortably afford into the X1, and then leaving it in the player, doing all transfers via the USB cable interface. This works through the file explorer just as with any other portable drive, and so is both simple and quick. Folders structures are also supported so you can easily manage the media files on your X1. 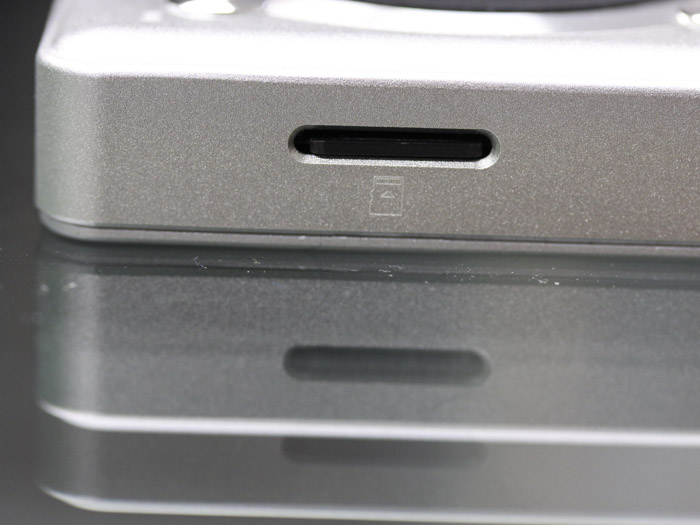 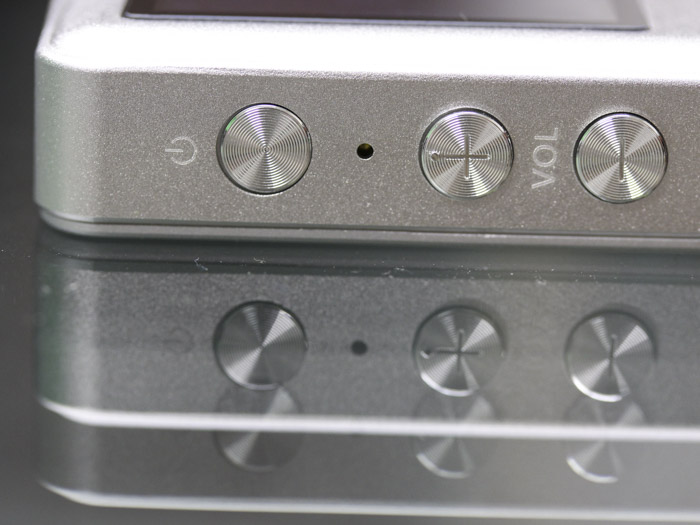 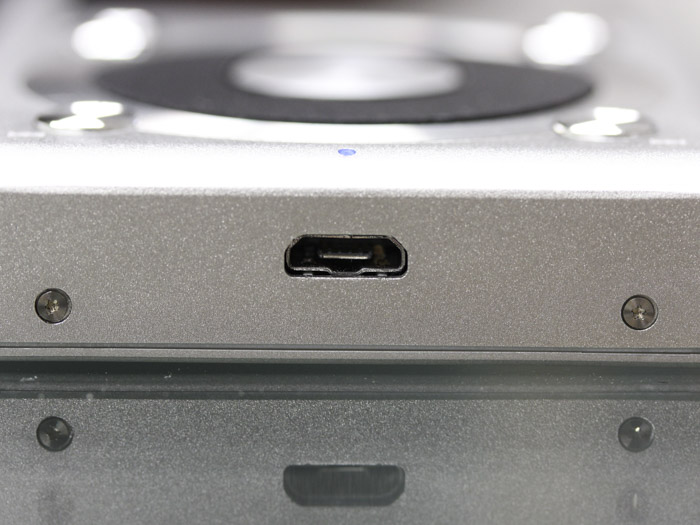 If you’re having problems getting your songs to show up, do make sure the auto-update option under settings is enabled. If not, you’ll have to go into the settings menu to select the update function, which will do a scan of the microSD card and update the library with your new files.

Navigation is via the scroll wheel in the center and works much the way it used to on the original iPod, that’s to say, pretty intuitively. Turn the wheel in either direction and the menu item in the respective direction will be highlighted, then press any of the other buttons to engage. Not that there are that many menus to dive, as the X1 basically only lets you select music via title, album, artist or genre. 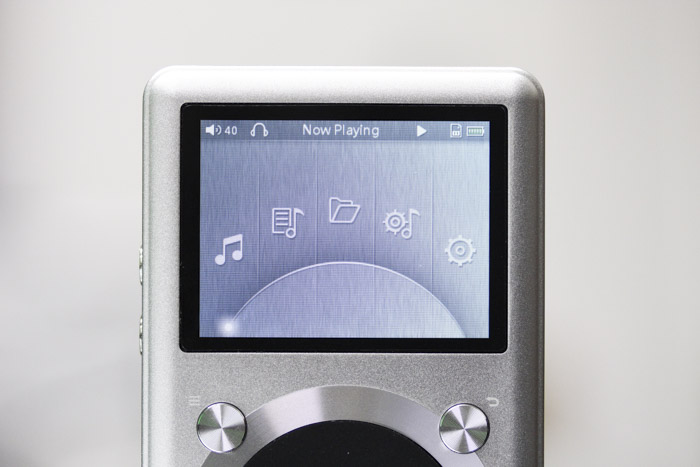 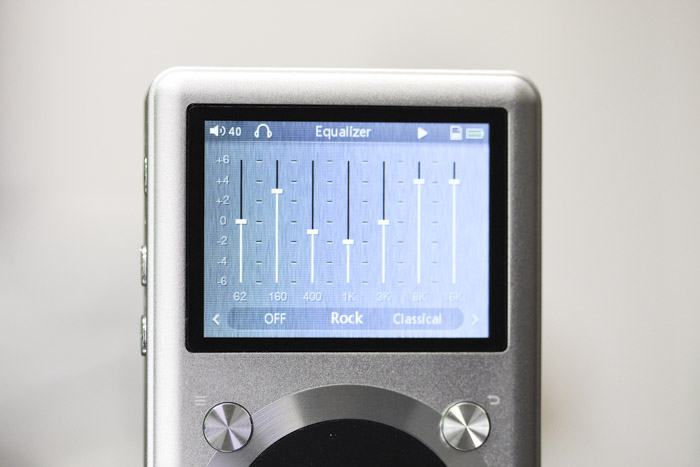 The only playlist here is a “favorites” playlist, which you can add to by highlighting your selected track, clicking the center button of the scroll wheel, to bring up the menu, then clicking down again on the heart icon to add. There's also a basic equalizer option for you to adjust the sound to taste, but that’s about the level of complexity the X1 will offer you, and to a certain extent that’s all the complexity you need from a music player.

11 hours on a single charge is what the X1 is rated to, and a full charge takes just under four hours via micro-USB, so the X1 certainly won’t have any issues keeping you entertained for a day.

To test the capabilities of the Fiio X1, we turned to a copy of the HDtracks2014 sampler, a selection of 24-bit/96kHz music files (FLAC) that range from Jazz to Classical to Pop. Listening to Ain’t We Got Fun by Alexis Cole, we felt the X1 rendered the bass beautifully, giving the bass line both life and fervor. The one thing we got is that the X1 is capable of rendering tracks with detail – lots and lots of it. From the blare of the trumpets to the slide of the bass player’s fingers on his bass guitar as he reaches for a slide or hammer; it’s all there.

Switching over to the acoustic version of Fireopal by Ottmar Liebert, we were again duly impressed by the clarity and resolution provided by the X1. You could hear every finger slide with each change of chord, and the bass note that led each riff lingered beautifully, so you felt you were really right there.

Moving on to our own test tracks, we started off with Adele’s Melt My Heart to Stone, and were greeted by the warm sweet tones of Adele’s vocals. Her voice is directly front and center, and easily commands the track. Not to say that the drum-line is lost completely of course, it’s right there, and the X1 renders it nice and full, with just a touch of decay.

Next up was Hotel California by the Eagles, as you can imagine, this guitar-heavy track was a pleasure to listen to, with the X1 picking out everything from the shakers in the back to the individual lines of each of the three guitars that play the main riff together. We could have done with a touch more bass definition, but overall the X1 produced a most enjoyable rendition.

On Elements of Life by Tiesto, we again felt the track could have done with just a touch more bass to really drive the track. That said, the X1 was spot on with the pacing of the piece, and produced a fairly wide soundstage that plays up the expansive synths on this track.

Finally, we moved on to Buckethead’s Sail on Soothsayer. This piece features an electric guitar quite prominently, and surprisingly on this track we felt the guitar wasn’t rendered quite as sweetly as we would like. Not that it was jarring per say, just that we felt it played out a little dry and lacked some of the lushness that we’d normally associate with this piece, especially in the parts where the end notes normally linger.

Given that other HRA media players like the Sony NWZ-XZ1 cost close to S$900, you must be wondering what the Fiio X1 gives up in return. And in most instances that’s a modern touch screen interface and operating system based that allows you to do more than just play audio.

There’s support for Bluetooth, Wi-Fi and NFC on the Sony NWZ-XZ1, so that offers you options in terms of streaming your audio for wireless enjoyment, and there’s also 128GB of flash memory onboard, whereas you’ll have to buy a microSD card to even start using the X1. Compared to the Sony, the operating system on the Fiio X1 is basic at best, and you may find yourself wishing you could just tap on a particular track direct to start playing, especially if you have a large media library.

While we must say the general consensus here is that the Sony NWZ-XZ1 sounds a touch more refined than the Fiio X1 with Sony’s ClearAudio+ activated, we do feel that the X1 isn’t too far off in terms of audio quality.

Overall, the Fiio X1 represents fantastic value for money, especially if you just want a media player that will get you into the world of High Resolution Audio. Despite what you give up in terms of features, the money you save going with the X1 can easily be put towards many more quality audio tracks, which will probably bring you many more hours of enjoyment. After all, isn’t it all about the music? But if you need a more refined and modern player that has more to offer, the expensive Sony NWZ-XZ1 would be a better fit that justifies its high cost.

Write a Review
Compare This | Specifications
Good sound with great detail
Extremely cheap for a High Resolution Audio player
Very portable
Easy to add memory
No on-board memory
No touchscreen so user interface is limited
Our articles may contain affiliate links. If you buy through these links, we may earn a small commission.
Sponsored Links