The problem with keyboards 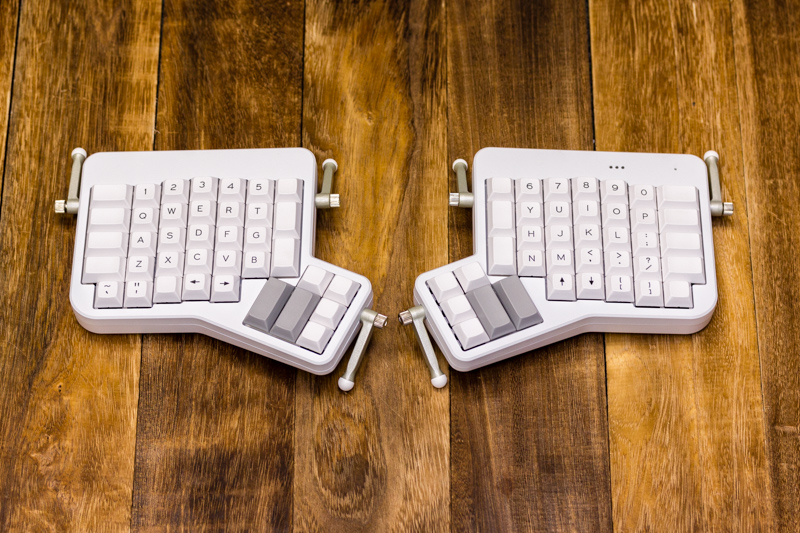 The problem with keyboards

There’s one problem with keyboards: Most of them aren’t designed with your health in mind.

When you think about it, our wrists just weren’t evolved to bunch together for a long period of time, the way they do on a standard keyboard. Hold the same posture standing up, and it looks like you’re handcuffed. If you’re unlucky, typing like this for a long time can lead to all sorts of problems, from carpal tunnel syndrome to repetitive-stress injuries. 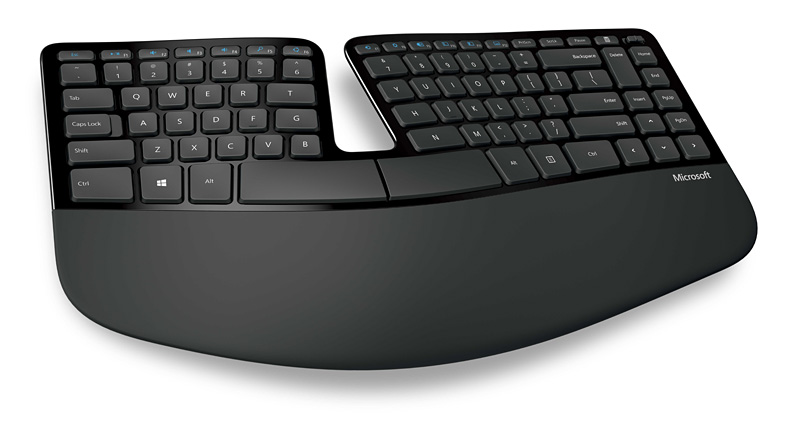 Where most only see an oddly shaped split dome, I see something that’s helped me alleviate both wrist and upper back pain, while typing almost every single day. Using a traditional keyboard now makes me feel physically uncomfortable; I can feel my wrists strain and shoulders tighten after typing for just a few minutes.

I’ve grown so attuned to the Sculpt Ergonomic that I’m loathed to part with it. But after years of daily use, it’s beginning to show some wear and tear, and that’s when a colleague of mine (whom we’ve crowned ‘the keyboard queen’) clued me onto the ErgoDox, a boutique ergonomic keyboard with mechanical keys.

The ErgoDox was originally designed by Geekhack.org user Dominic Beauchamp, or Dox, in 2011, and developed with further input from the community. The open-source design was inspired by an earlier Key64 concept, and in part by the Kinesis Advantage.

The ErgoDox became popular within the keyboard community, but if you wanted one, you had to assemble the keyboard yourself, from printed circuit board to key caps. It was a big barrier of entry for anyone who didn’t want to solder on their weekends.

But two years ago, Erez Zukerman and Yaara Lancet created the ErgoDox EZ, a fully assembled ErgoDox that you could buy, backed by a two-year warranty. The ErgoDox EZ also adds in built-in adjustable legs for tenting, and optional wrist rests.

ErgoDox EZ is a small company, but CEO Zukerman was gracious enough to send me a review set when I asked about it. I’ve been using the ErgoDox EZ for a month now, and it’s completely changed not just the way I think about ergonomic keyboards, but about keyboards in general.

The ErgoDox EZ is different 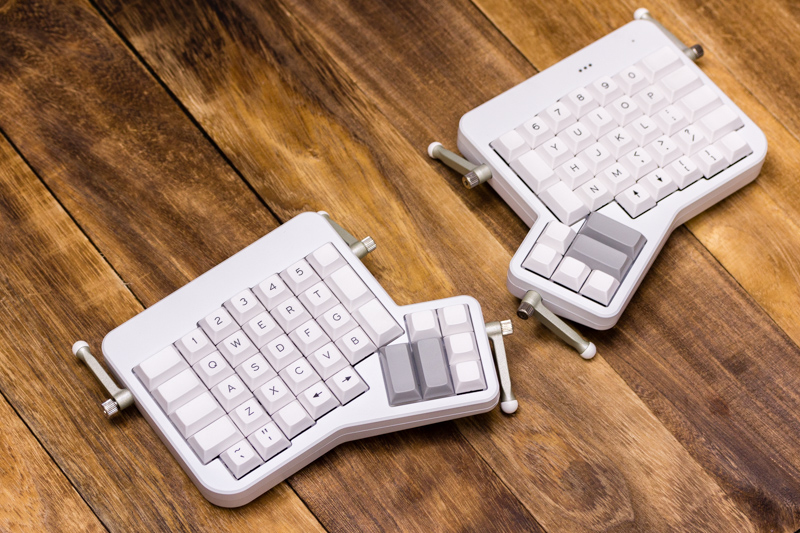 And while the ErgoDox EZ isn’t as wildly divergent as a Kinesis Advantage, it’s different enough from most everything else out there to come with a pretty steep learning curve.

For one, the ErgoDox EZ isn’t just split for ergonomic comfort, the keys are also ortholinear; staggered vertically to fit the varying lengths of your fingers so they don’t have to contort as much when typing. 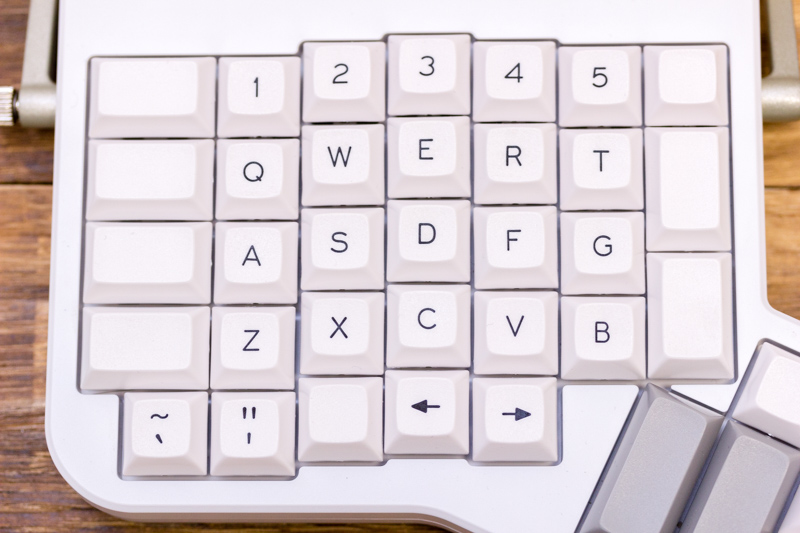 There are also old keys in new places and new keys in new places. The number ‘6,’ for example, is on the right side of the keyboard, when it’s usually on the left, and there are two new columns of keys right in the middle of the keyboard. And there’s a thumb cluster of keys — supposedly inspired by the Kinesis Advantage — that aren’t standard issue on most keyboards. 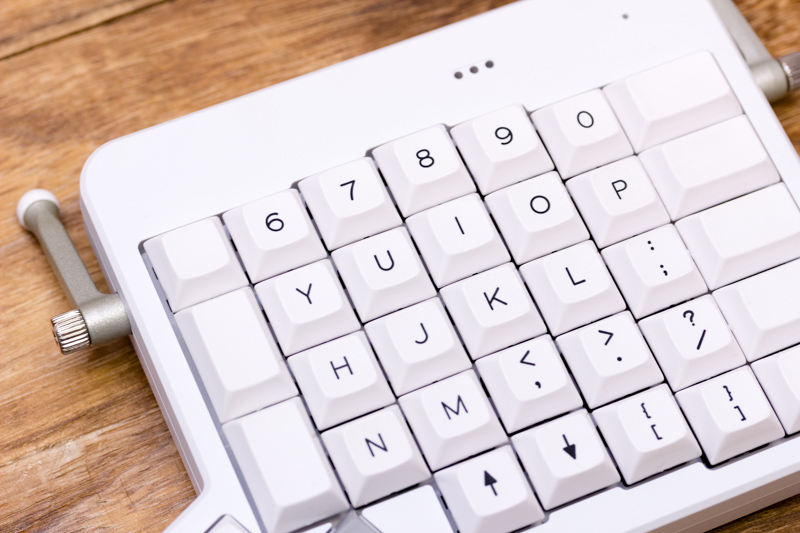 Adding to the learning curve is the fact that a good 28 of the 76 keys are unmarked when you order the ErgoDox EZ (if you’re hardcore, you can order the keyboard completely unmarked). The blank spaces help when you want to customize the keyboard, but not when you’re trying to learn it.

For a touch typist, the ErgoDox EZ completely messed with my muscle memory. It felt like I was relearning how to type all over again — like switching to my left hand to write, after a lifetime of writing with my right.

But it turns out that fighting to climb over the learning curve was worth it.

Write a Review
Compare This | Specifications
A comfortable, ergonomic typing experience
The thumb cluster is more versatile than a plain Space bar
Fully customizable keys makes the keyboard your own
Seriously expensive
Utilitarian looks and chunky chassis
Unusual layout has a steep learning curve
Our articles may contain affiliate links. If you buy through these links, we may earn a small commission.
Sponsored Links