Endgame Gear XM1 review: Is this the "fastest" mouse around?

Endgame Gear XM1 review: Is this the "fastest" mouse around? 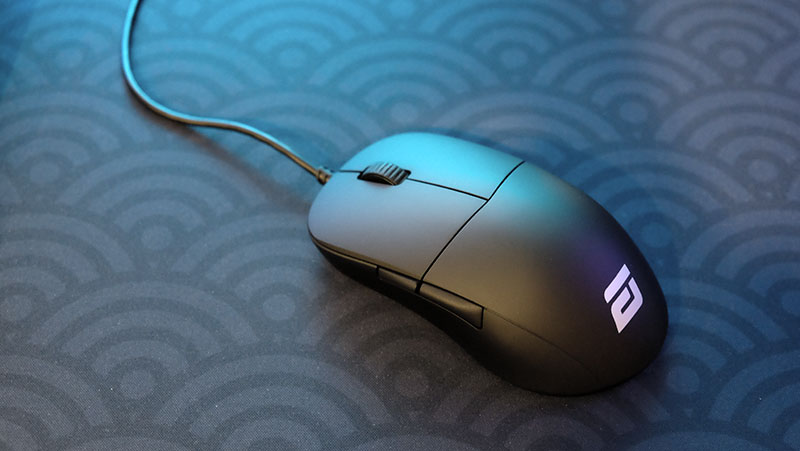 Is this really your "endgame" mouse?

It's time to say hello to yet another new gaming brand. Endgame Gear is a German company that burst onto the scene in July, and they've already turned quite a few heads with their new XM1 gaming mouse. The company has got a big name from the Counter-Strike scene behind it as well, in the form of German AWP legend Jonas "Johnny R." Bollack.

Many of the latest mice you hear about today, such as the Razer Viper and Glorious Model O, were designed with pro players in mind, and perhaps even FPS players in particular. Having said that, Endgame Gear's collaboration with a former CS pro makes a lot of sense, and the XM1 is unabashedly sporting esports-oriented credentials like a lightweight shell and an analogue switch contact technology that's supposedly faster.

The latter feature treads a similar path to the one taken by the Razer Viper and its optical mouse switches. They're both claiming to reduce click-to-response times by eliminating the need for any debounce delay, albeit by using different methods. After all, gamers are obsessed with reducing input lag, so I can't deny that this is probably a pretty effective way to market a mouse.

Where have I seen that shape before? 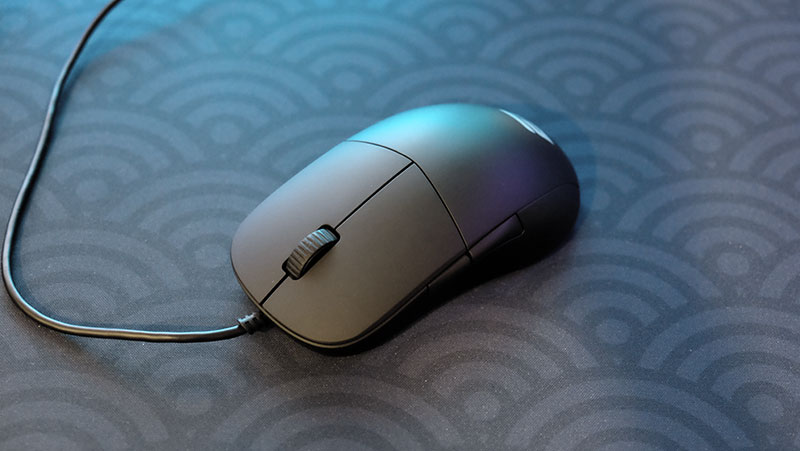 The XM1 actually has a very familiar shape, reminiscent of that of the SteelSeries Sensei and Kana. That's not entirely surprising, given Bollack's role in the mouse's design. He also helped with the design of the Sensei and Kana, so they're more or less variations of the same basic shape. This means a relatively low-profile design and a shape that flares out toward the rear. This means the mouse is noticeably wider toward the back, and a lot narrower in the middle.

The hump is also located toward the back of the mouse and it isn't as prominent as the one on the Zowie ZA series. As a result, it doesn't really do that good a job of supporting your palm, if that's how you like your mouse to feel in hand. I'd say it's probably better suited for claw and fingertip grips, assuming you don't have small hands like me. My hands measure around 16.5cm from the base of my palm to my fingertips, and I'm having trouble with the fingertip grip because I end up gripping the wider part of the mouse that tapers out, instead of the narrower middle. 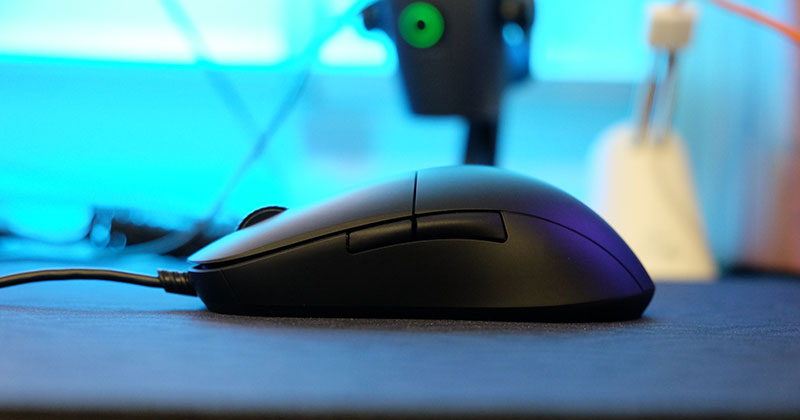 I prefer small, narrow mice since I find they allow me to be more accurate and precise, so the XM1 isn't really a good fit for me. But your experience will probably be different, and I'm betting that the average gamer has bigger hands that will be better suited to the XM1. Overall, I find the XM1 to be generally quite comfortable, and I've probably just been spoilt by the Finalmouse Ultralight 2, which is a truly tiny rodent. If you liked the aforementioned Steelseries mice, you'll likely be right at home with the XM1.

Another thing I want to call attention to is the low height of the mouse 1 and 2 buttons. In comparison, a mouse like the Razer Deathadder has its primary buttons raised quite far off the table top. I find the lower front button height more natural in hand – just imagine how strange a mouse would be if its buttons were instead perfectly flat – and all the mice that I aim the best with, such as the Logitech G304, Finalmouse Ultralight 2, and Cooler Master MM710 all share this trait. 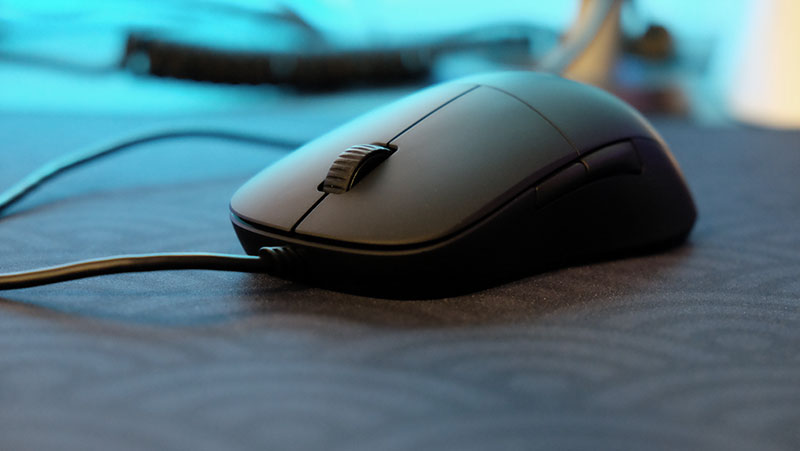 At 70g, the XM1 is one of the heavier mice in this burgeoning ultralight category, but mostly because everyone else has punched holes into their shell to bring weight down further. 70g is still plenty light, and you get the benefit of a solid shell. The only other ultralight mouse to offer that now is the Razer Viper, so there's not really a lot of choices if you have trypophobia.

That aside, the XM1 feels sprightly in hand, and a lighter mouse really does go a long way toward reducing fatigue over long hours. Tracking and flicking also feel far easier, and it's really one of those things that you have to try out for yourself to appreciate. 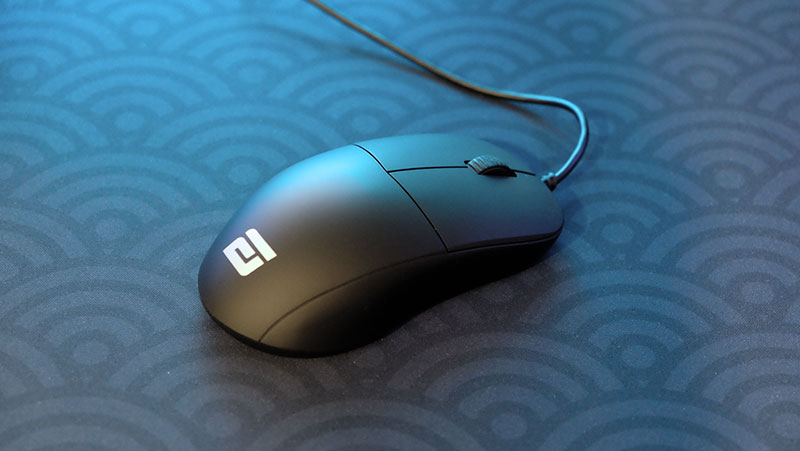 Build quality itself is excellent, and there is no flexing when pressing down on the shell. There's no rattling or creaking anywhere either, and the XM1 feels very sturdy and well built. Button wobble isn't an issue here too, and I really like the scroll wheel, which is quiet and features clearly defined notches. Mouse buttons 1 and 2 are separate from the main shell of the mouse, a design that is generally regarded as superior and more durable than having just a single-piece top shell. It produces more consistent clicks, and the rest of the shell doesn't flex every time you press a button.

The black matte coating is grippy enough, and I haven't experienced any issues with it attracting dirt or grime. However, I've seen some reviewers complain about this being a problem, so your mileage may vary.

The buttons themselves are on the stiffer side, which is actually a good thing since it helps avoid accidental clicks. The primary buttons are responsive and give good feedback, while the side buttons are really springy and have rather deep travel. This means the latter don't feel quite as crisp, so there could be some improvement in this area.

I have no complaints about the mouse feet. They're pure PTFE and glide well right out of the box. I'd have liked to see some rounded edges on them though, but there are already replacement feet from Corepad available for them. 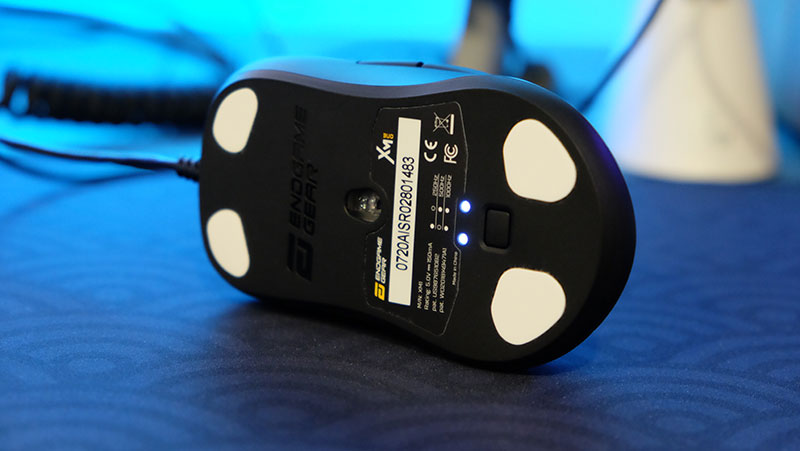 The biggest letdown is probably the cable. It's not bad per se, and is actually quite similar to the rubber cords on Zowie mice. However, when most of its main competitors have super soft and flexible paracord-like cables, anything else feels like a massive step down. The rubber cord retains a lot more memory than paracord, and the kinks it picked up while in the box never entirely go away. However, if you're super picky, you can easily pick up an aftermarket paracord cable for it. I'd still use a mouse bungee with the stock cable, which also happens to be helpfully angled upward like the one on the Zowie S2 so it doesn't drag on the table. 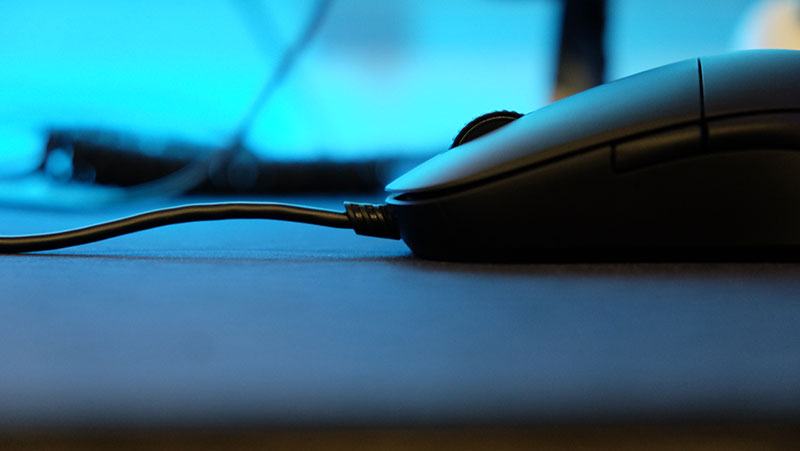 The mouse is equipped with a 16,000DPI PMW3389 optical sensor. As expected, tracking is pretty much flawless, with no noticeable acceleration or skipping. This is one of the best optical sensors on the market right now, and it's technically more competent than the popular PMW3360. For instance, it supports a maximum tracking speed of up to 450 inches per second (IPS), while the PMW3360 works up to 250 IPS. You won't notice it in game though, and the sensor feels the same as the other top mice out there. 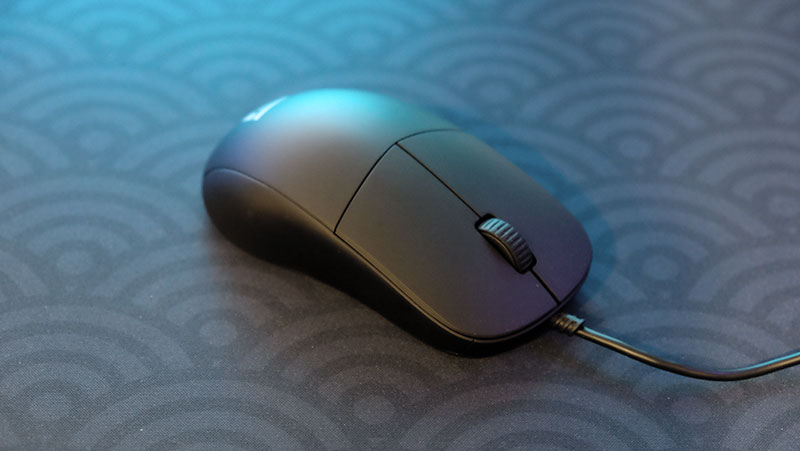 The highlight of the XM1 is really the "patented analog switch contact technology", in the words of Endgame Gear. This supposedly brings the response time down to just 1ms, and it's done using a special analog switch contact algorithm. The switches themselves are still your regular Omron switches (albeit pre-sorted ones), but the mouse gets rid of the debounce delay by reading the key signals from the switches, instead of checking for a key press as in a regular, digital solution. The bouncing of the switch is transformed into a mathematical function rather than a binary readout, and the mouse is able to distinguish between switch bounce and an actual key press.

As with the Razer Viper, which uses light for actuation, I can't say I noticed the difference in game. I did try to compare it to the Finalmouse Ultralight 2 using this reaction time test, and I got an average of 163ms on the XM1 and 168ms on the Ultralight 2, hardly a significant difference. It's a rudimentary test at best and far from hard science, but for what it's worth, it backs up my impressions that there's not much of a difference in the real world.

The mouse supports four DPI stages in increments of 50DPI, and a helpful colour-coded indicator at the bottom shows you what sensitivity you're on. You can cycle through the different stages using a button at the bottom, but holding down the button will also let you change the polling rate on-the-fly. 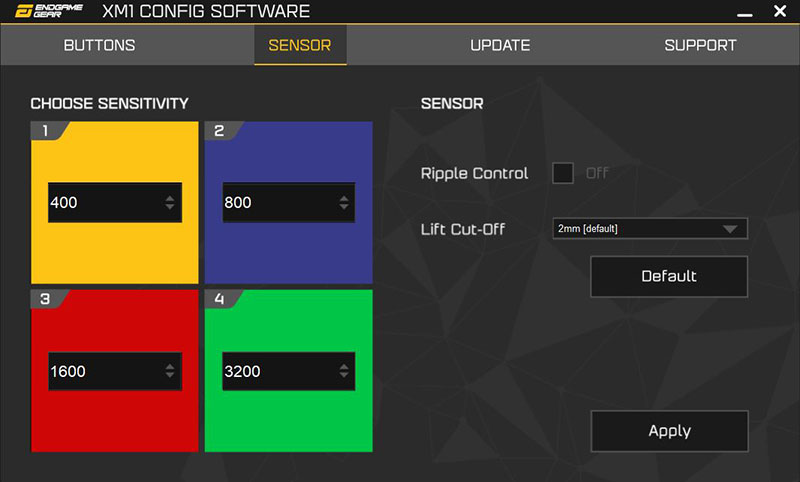 The software is pretty spartan, and there's no way to remove the DPI stages if you don't need them. However, you do get options to adjust the lift-off distance and "ripple control", which is basically mouse smoothing. It's easy to update the firmware from the software too, and you should definitely check that you have version 1.62 or later since that fixes a double-clicking issue some people have reported. 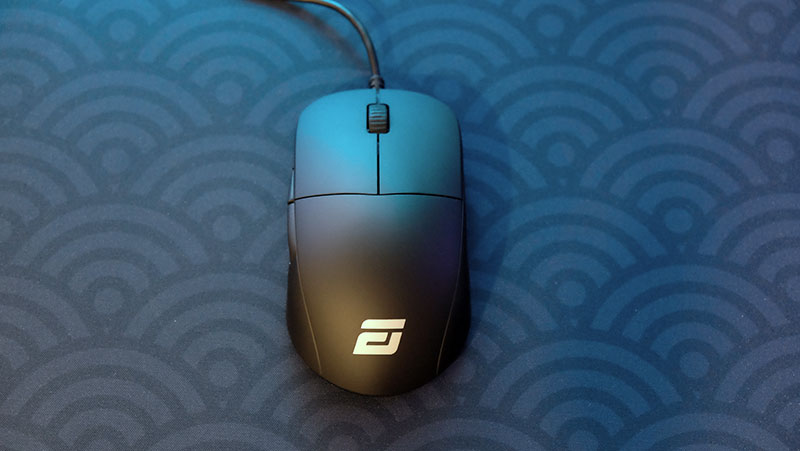 The XM1 is a great first mouse from Endgame Gear. Its no-nonsense focus on competitive play serves it well, and it has a comfortable shape that should appeal to many people. The mouse will cost you US$59.99, from MaxGaming, which is a pretty competitive price, although you will still have to pay for shipping.

All things considered, Endgame Gear has managed to create a mouse that can hold its own in a very competitive market. It even has come up with something novel in the form of its analog switch sensing tech. The rubber cable should really have been replaced by a softer, paracord-style cord, but it's not a super big deal given how good the rest of the mouse is. If this is its first mouse, I'm looking forward to what Endgame Gear comes up with next.

Read 1 User Review
★ ★ ★ ★ ★
Write a Review
Compare This | Specifications
Great build quality
Flawless PMW3389 optical sensor
Super light at just 70g
No paracord-style cable
Could be a fingerprint magnet if you have oily hands
Our articles may contain affiliate links. If you buy through these links, we may earn a small commission.
Sponsored Links