Edge of Eternity (PC): An unimpressive RPG that has arrived too late to its own party 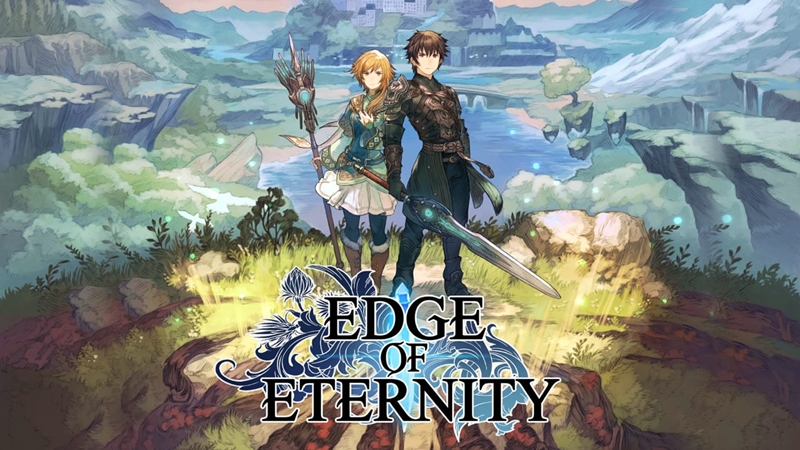 Awkward as it may seem, I'll start this piece with an analogy: trying to write the review for Edge of Eternity is like trying to find a good reason why you were late for your own wedding.

In short, you don't really know where to begin explaining, though I think it's what you might call a matter of "turning up late to the party". Don't get me wrong - Edge of Eternity isn't a bad game in and of itself. It's got decent graphics, and for the most part, gameplay that's relatively easy to pick up and appreciate, and it's not as grindy as some other games I've played. It's just that when you compare it to the best that current top-shelf RPGs, like Horizon Zero Dawn or the Final Fantasy VII Remake have on offer, EoE becomes painfully basic, with nothing really outstanding to set itself apart from the crowd. And that's not even the worst of it.

Indeed, this game might have fared much better if it came out a couple of years ago. To its credit, there are a couple of things that it does get right, but it's also one of those cases where the whole ends up being much less than the sum of its parts. To put it simply, the game doesn't feel cohesive when it really needs to be, and that immensely (and often disappointingly) palpable "disjointedness" between its good and bad bits culminates in an experience that is generally unfulfilling in the context of the modern RPG.

Everything looks okay, or does it? 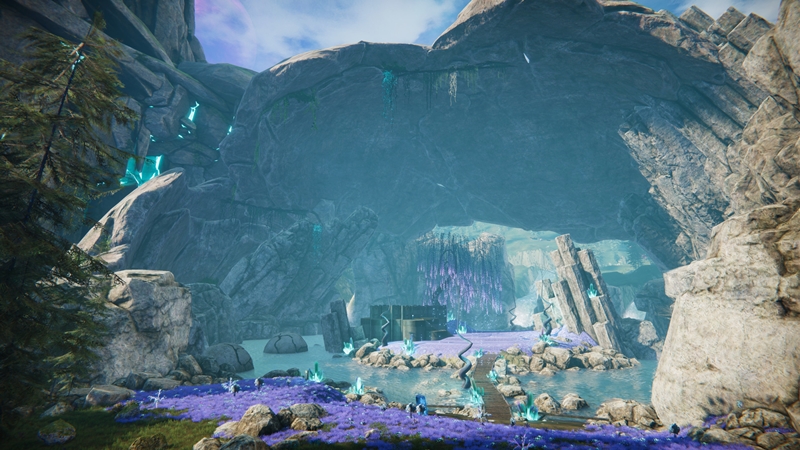 But what do I mean about the game being messy? Well, it's like seeing an omelette that's well-cooked on one side and completely charred on the other, so by a similar token, you're not really sure if the attempt should be praised or scolded. For example, I'll admit that I was initially quite pleased with the aesthetics and character design. The overworld doesn't look half-bad for a fantasy game - the general style feels like a cross between those of Final Fantasy and Monster Hunter: World, and I did enjoy myself a great deal exploring caves, snowcapped mountains, beaches, and suchlike on my mount. So far, so good.

But once you factor in the dialogue, from that point on the most difficult thing about the game isn't the combat or the bosses - rather, it's watching the cutscenes play out. Not only do some conversations drag on much longer than they should, which really takes away points from the mood that they're trying to set, but even that pales in comparison to the lifelessness of the character and facial animations - they're downright robotic. 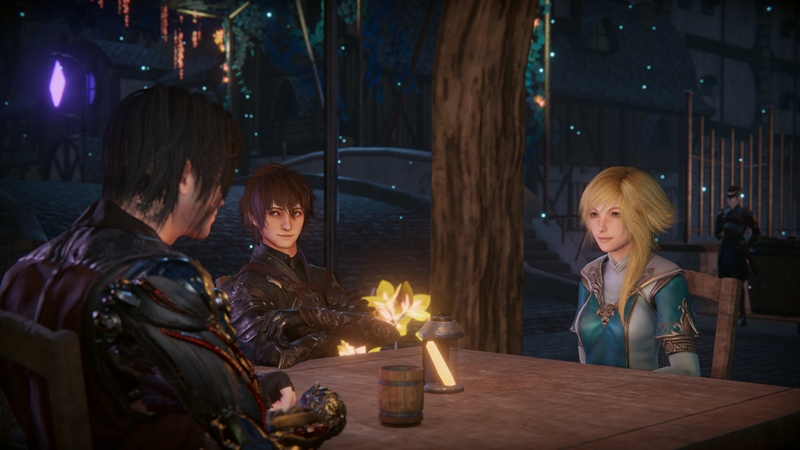 Now, I might be able to close an eye if the combat animations alone felt stilted and unrealistic, but seeing such animations during the dialogues too is an instant no-go zone. Imagine if a character tried to flirt with another with dead, lifeless eyes. Yup, that's how cringe worthy Sil's opening interaction with Daryon was, and it's not like I was looking out for it in particular - it's just that obvious. In fact, I'd go so far as to say that the dialogue itself needs work. The narrative by itself is reasonably interesting (if a bit cliche), but the script is uninspired at best, and you'd probably spend half the conversations cringing. In that sense, it's like I'm half pleased and half disappointed with the game's aesthetics package, hence the initial omelette analogy, to the point where I'm not even sure if I'd be comfortable giving it a 7/10 for the effort. 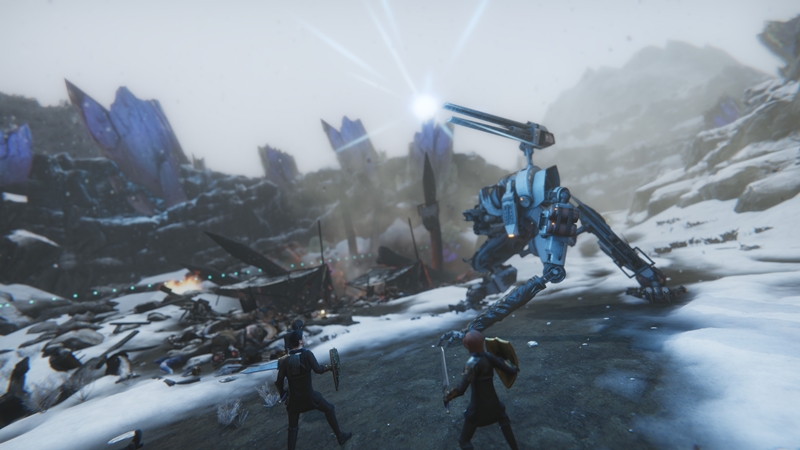 As for the gameplay and combat, this is arguably Edge of Eternity's biggest selling point, but "big" is relative - and unfortunately, it doesn't mean that much in the grand scheme of things. I'd like to think that I'm no stranger to turn-based games, and while the developers have managed to nail down the baselines needed for a strategy RPG, the unfortunate thing is that the game doesn't attempt to go any farther than that.

Apart from the usual RPG stuff like exploring the world, finding chests, and taking on quests, most of your time in EoE will be spent in combat, either with NPCs for the sake of narrative advancement or with the random mobs that prowl the landscape. The game follows a combat and leveling system that's conceptually similar to games like Pokemon, but like the latter, it's difficult to truly master.

But instead of a preset order, characters' turns are indicated by a meter that gradually fills up over time, and naturally certain factors will influence how quickly the gauge refills. When their gauge is full, that particular character is able to move, block or attack, so once you add in other aspects like spell-casting, weather, elemental resistances, and interrupts, there's actually an impressive deal of strategy involved in fights. 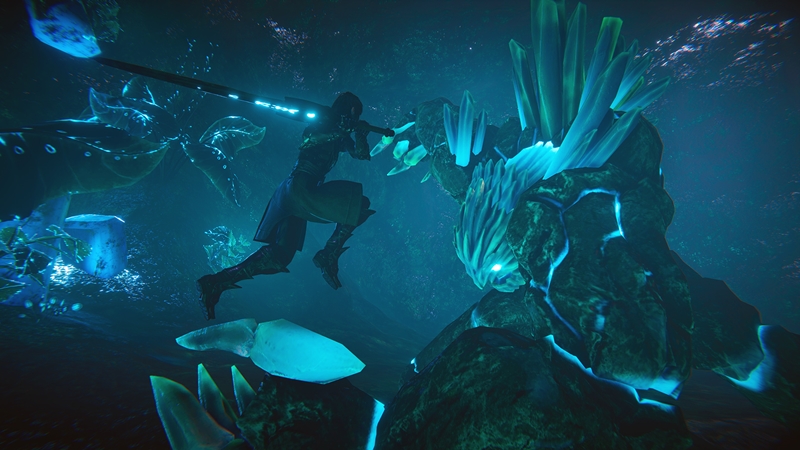 All that, and we haven't even talked about positioning - characters will apparently deal more damage to opponents who are facing away from them, and of course, the reverse applies too, meaning you'll have to be especially careful of the order in which you attack enemies. To be honest, I found this part of the game quite well-fleshed out, which is certainly a good thing, though I wouldn't say that there's anything really worth writing home about.

However, what I will say about the combat system is that despite the myriad of strategic considerations that you can apply to your advantage, the character levelling system feels just a little too rigid for its own good. For example, it's not like you can make Daryon a magic specialist while his sister Selene becomes a swordswoman - their roles are fundamentally set in stone. 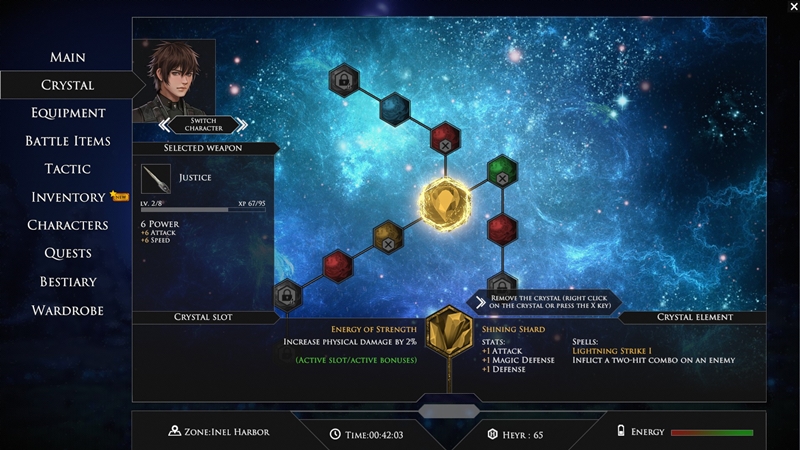 Admittedly, I guess this is more of a pet peeve than anything, but in an era where many games, especially RPGs place great emphasis on giving players complete control of their characters' roles, it feels like EoE "missed a spot" by pigeonholing its protagonists. Additionally, some of the miscellaneous systems, like equipping crystals to enhance the performance of your equipment kind of feel like they're there merely for the sake of giving players extra things to do, which once again ties back into the game's core problem of not having its own unique "calling card" to show off.

It's passed the baseline, but that's all 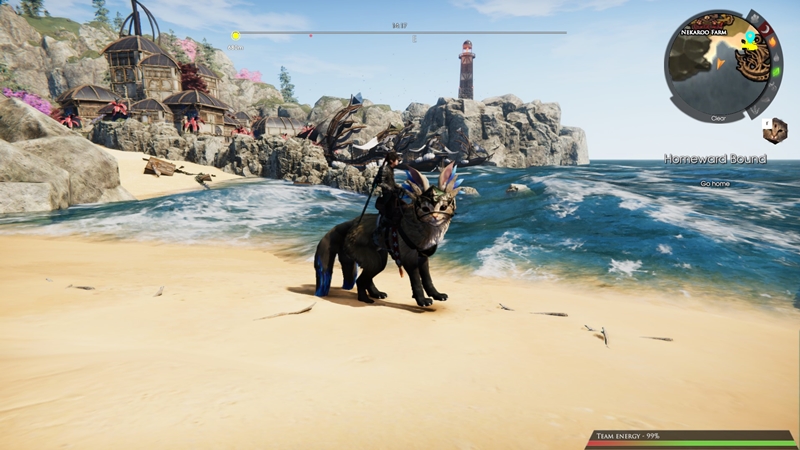 To sum up, most of the things in Edge of Eternity aren't necessarily terrible, but in the context of what modern RPGs offer, it simply doesn't stand out - or rather, it doesn't have anything special to show for it. Accordingly, if I had to condense my opinion of the game into one sentence, I'd really love to dub it a super-duper-Lite Version of the Final Fantasy VII Remake and call it a day, but even then I'd probably be second-guessing myself afterward.

That's exactly how up-in-the-air EoE's rating is. It's hard to assign a clear-cut score to a game that is, for lack of a better term, supremely average. You can tell the developers have put in the effort to check most of the boxes when it comes to the gameplay and the environments, but when you glance over the less-than-stellar areas like character animations and to some extent the cliche narrative, the difference between them is like day and night. As such, I don't think I need to reiterate that such an outlook doesn't bode well for EoE's overall rating.

In short, this game is probably a 6.5/10, and even then I think I'm being generous. Assuming you can stand the emotionless character animation and what is admittedly a rather basic zero-to-hero style narrative, you might be able to have some decent fun with the gameplay, but even so, I certainly wouldn't be surprised if you quickly gravitated elsewhere.

Write a Review
Compare This | Specifications
Combat can be surprisingly strategic and interesting
Environments are quite well done and fun to explore
The simplicity of its formula can be somewhat therapeutic
The game lacks a definitive "outstanding" factor
Character animations and dialogue are extremely cringe-inducing
Narrative is unremarkably cliche
I've been clicking through dialogue for the past ten minutes and counting
Our articles may contain affiliate links. If you buy through these links, we may earn a small commission.
Sponsored Links