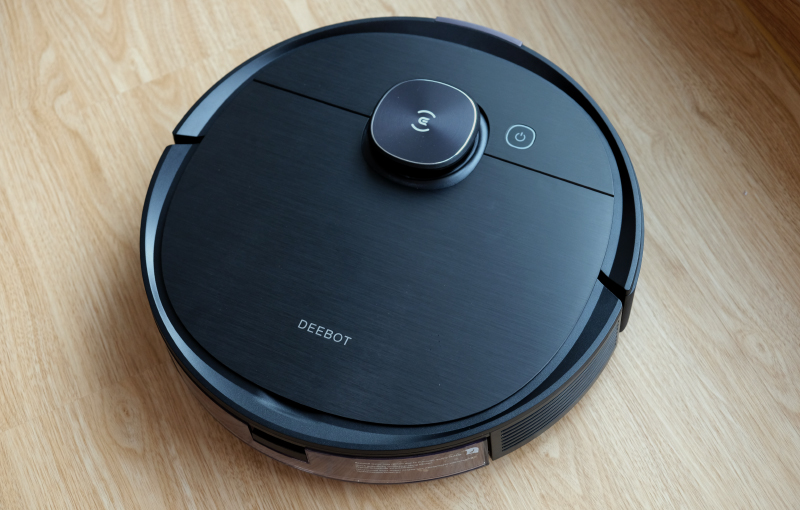 It’s been a long, long time since I last properly reviewed a robotic vacuum cleaner. One of the main reasons is because they came with a lot of caveats. Sure, they were powerful enough to suck gunk off your floor but they were also clumsy things that would often get tangled in wires or get beached on furniture. As a result, you had to ensure your home was as obstacle-free as possible. I was told that none of these would happen to Ecovac’s new Deebot Ozmo T8 AIVI because it was clever enough to recognise obstacles and clean around them. Naturally, I was intrigued.

The Deebot Ozmo T8 AIVI is one of Ecovacs’ newest robotic vacuum cleaners. But it does more than just vacuum, it mops too and it also works as a mobile sentry for your home.

There’s nothing much to say about its design. It’s black, round, and looks like any other robot vacuum cleaner. It has two rotating brushes in the front and in the back is where you can attach and detach the optional mopping module. What’s worth mentioning is that it is just under 10cm high, so check to see if it can go underneath most of your furniture.

Like so many home appliances these days, it has AI smarts – AIVI stands for Artificial Intelligence and Visual Interpretation. This is the main technology that helps the Deebot Ozmo T8 avoid obstacles. 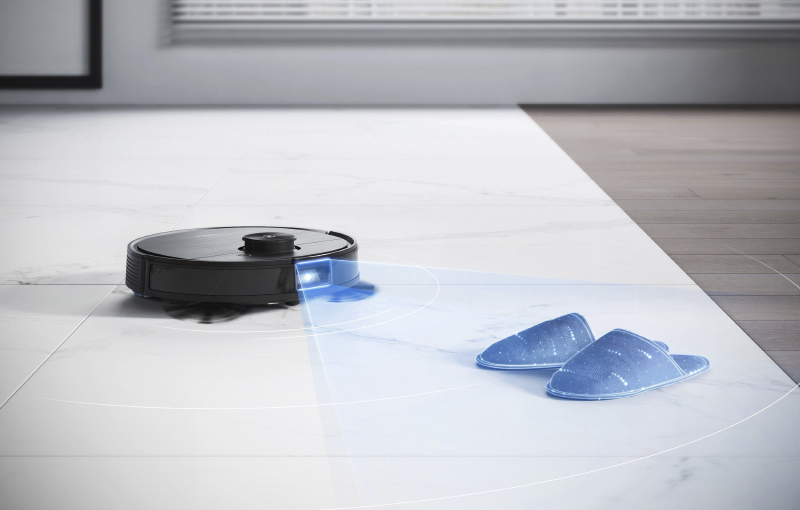 AIVI works using a combination of the built-in camera and lidar sensor. With the camera and sensor, the Deebot Ozmo T8 is able to create an incredibly accurate map of its environment (see the map of my home in the screenshots further down the page). It also has sensors underneath so it doesn't fall split levels or stairs.

Understandably, some users will be worried about privacy and Ecovacs provides an adhesive camera lens cover that can be used to cover it. The Deebot Ozmo T8 will still work and navigate with its lidar sensor but it will be slower and less accurate at pinpointing and recognising obstacles.

In practice, it was fairly good at avoiding obstacles. It’s supposed to be able to identify common household items like shoes, slippers, rugs, and cables, and it mostly did, but there were instances where it would still run over and pick a fight with some of my cables. And it had definitely had problems identifying my toddler’s shoes and toys. 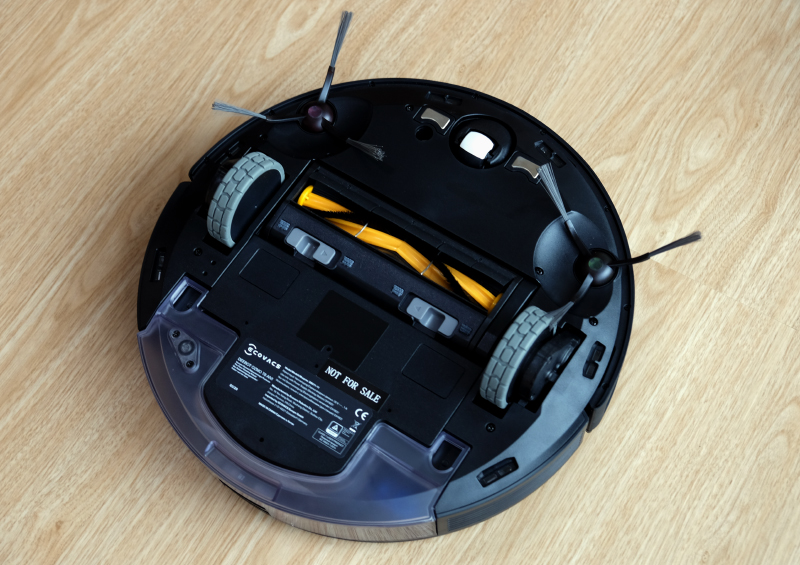 But the important thing is that it rarely got stuck. I’ve programmed it to clean the house every night and after more than a month it only got stuck a handful of times. Mostly it was because my little girl left something she wasn’t supposed to on the floor. It got entangled with her water bottle’s carrying strap and her cap’s chin strap. Clearly, straps are the Deebot Ozmo T8’s worst enemy.

Suction is quite good. At its normal suction level, it isn’t too loud either. It will automatically increase suction power if it detects it’s on a hard-to-clean surface like rugs. The biggest problems in my home are the crumbs of food that are invariably left behind by any snacking toddler as well as fur and rabbit poop (yes, I have two rabbits), and I’m happy to say that the Deebot Ozmo T8 takes care of all without a hitch. 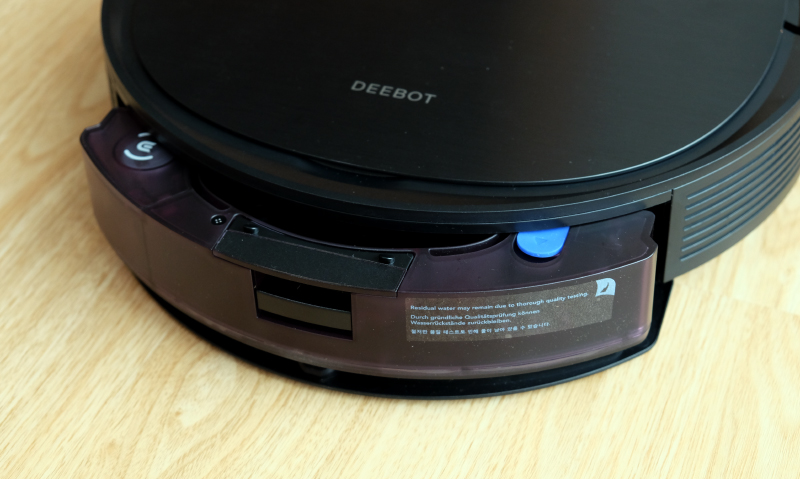 The mopping function is nice to have even if it can only mop with water and not cleaning liquid. It doesn’t quite give you that squeaky clean feeling you get after a good mop but it’ll suffice as a stopgap until you find the willpower or time to do it yourself. What’s worth noting, however, is that the water tank isn’t very large so those living in larger homes might need to refill the tank to cover their entire home. It’s only just about enough for me but that could be because I have set the water flow level to “High”. Also, I must warn you that it gets quite loud when it’s mopping so you might want to use it only when you are out of the house or in the middle of the night if you aren’t a light sleeper.

How long cleaning takes obviously depends on the size of your home. What I can tell you about cleaning times is that in my 5-room HDB apartment, I found that it would usually take between 30 and 50 minutes for it clean the living room, kitchen, and hallway outside the rooms. Battery life was never an issue because the Deebot Ozmo T8 has a 5,200mAh battery that is claimed to last up to 200 minutes. And like any respectable robot vacuum cleaner, the Deebot Ozmo T8 will return its docking station to charge after it’s done cleaning or whenever it’s low on battery. 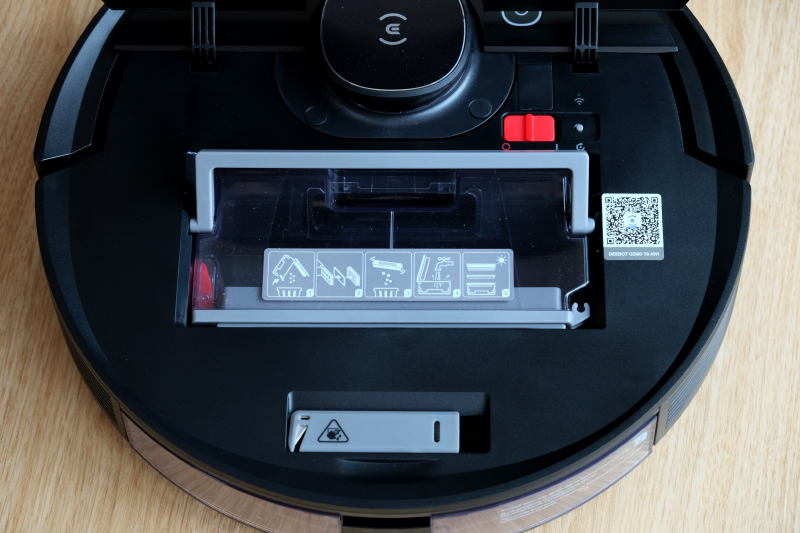 It’s quite easy to empty the robot’s dustbin too. Just lift the top cover and the dustbin pops out easily. Opening it is a little fiddly because the filter cover doesn’t pop out completely and swings on a hinge but otherwise the whole process is straightforward. Ecovacs has a self-emptying docking station planned and that could make the Deebot Ozmo T8 even more self-sufficient and convenient to use.

The two rotating brushes and the bottom roller comes off easily too so it's easy to remove any tangled hair or fur. Ecovacs has also thoughtfully provided an extra set of brushes, an extra filter, and even a cleaning tool to keep the robot spick and span. 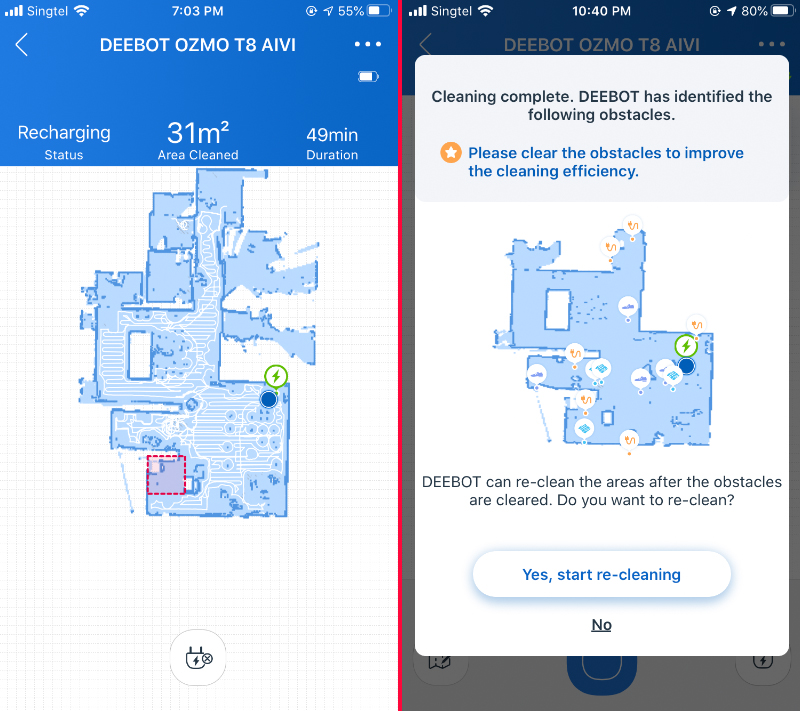 Much like any smart home appliance these days, the Deebot Ozmo T8 comes with an app. The app isn’t the most intuitive to use and I suspect most people will struggle to find some features or amend some settings. Still, there’s a lot of things you can do with the app if you have the patience to learn its quirks. After it has successfully mapped out your home, you can set virtual boundaries so that it will avoid certain areas. And if you live in a multi-storey or split-level home, the Deebot Ozmo T8 can create and save multiple maps. You can also set up cleaning schedules, which is useful if you would like to activate its cleaning routine only when you're out for your jogging routine, for example.

The app also lets you access the Deebot Ozmo T8’s video streaming function. With it, users can control the robot and look around their homes using the robot’s built-in camera. There’s even a two-way microphone function so you can communicate with whoever it is that you see. Ecovacs markets this as a handy way to communicate with your pets. Well, my rabbits aren’t the most responsive so I can’t confirm if it really works. Also, the field of view is limited because of the robot’s height. I suppose it’s equivalent to what a crawling infant would see. Nevertheless, it can be handy if you need to quickly look around the house. 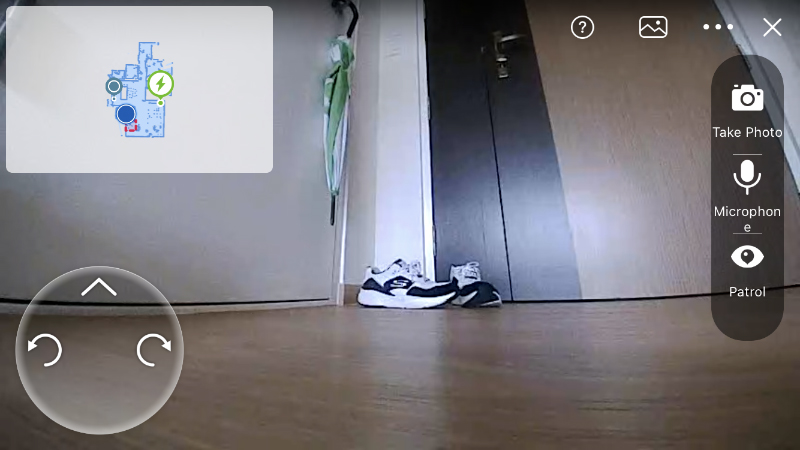 Obviously, there are real privacy concerns about this feature because your account could be hacked and the hacker could then look around your house with the robot. As I said earlier, you could put tape up the camera but at the expense of tracking accuracy. Alternatively, assuming Ecovacs’ own systems are secure, you could use a strong password. For this reason, I always recommend using a password manager but I digress. 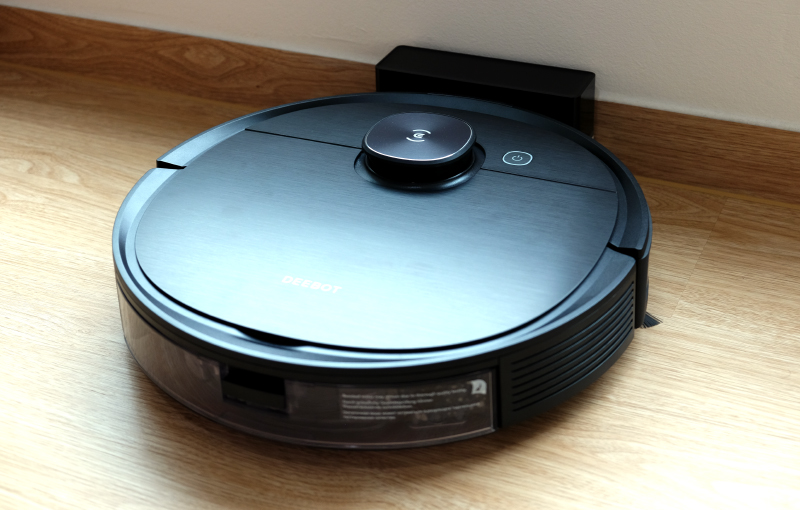 With a sticker price of S$799, the Ecovacs Deebot Ozmo T8 AIVI is one of the more expensive options in the market today. There’s no shortage of cheaper options but since I haven’t tried them, I cannot comment on their efficacy. I can, however, attest to the effectiveness of The Deebot Ozmo T8. It works as advertised and it has quickly become one of the most important appliances in my home. Because of it, I can now only vacuum and mop the floor on weekends. For the days in between, unless there’s some massive accident, I just rely on it to keep my floor clean and it does a reasonably good job of it. And, mind you, I’m a real stickler for clean floors. If you judge devices based on how much they make your life easier (or more bearable), then, for me, this ranks right up there with the air-conditioner and washing machine. If you are tired of vacuuming and mopping your floors every day and wish someone else could do it for you, this could be that “someone else" for you.

** The Ecovacs Deebot Ozmo T8 AIVI is priced at S$799 and it's available on the Ecovacs Flagship Store on Lazada. **

Write a Review
Compare This | Specifications
Relatively effective nagivation
Good suction and mopping capabilities
App offers high level of customisation and scheduling
Video-streaming feature can be handy
Long battery life
Still gets stuck occasionally
Privacy concerns regarding camera
App not the most intuitive
Pricey
Our articles may contain affiliate links. If you buy through these links, we may earn a small commission.
Sponsored Links