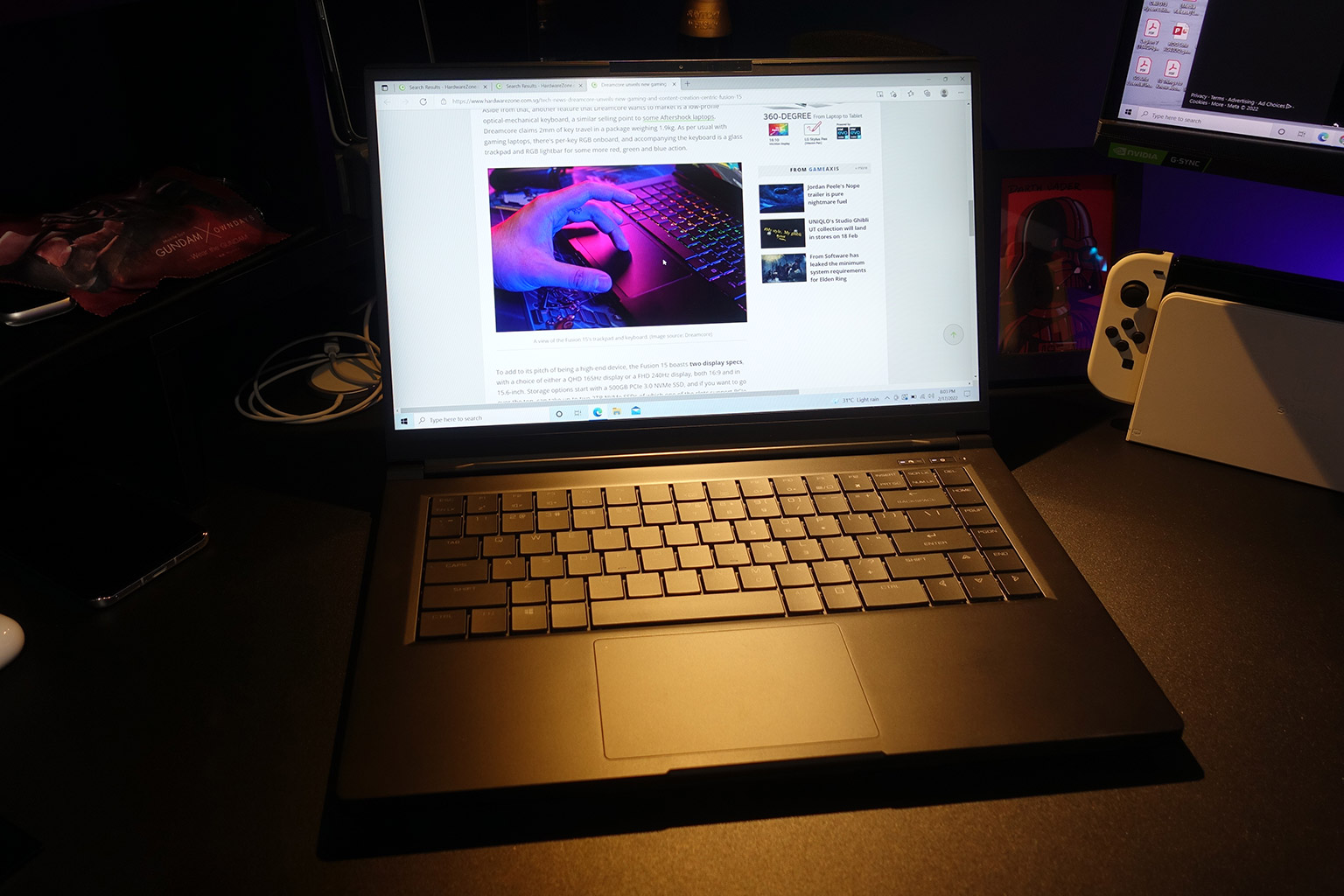 Dreamcore got my attention with their impressive productivity-focused Dreambook Touch 15, which I reviewed last year, and the company is back with another series of notebooks except this time, they are going after gamers and content creators.

Powered by up to an NVIDIA GeForce RTX 3070 Laptop graphics processor, it’s not hard to see why the new Dreambook Fusion 15 has more going for these targeted audiences. It’s also based on the Intel NUC X15 reference design, so like the Touch 15, the Fusion 15’s design isn’t particularly unique nor exclusive to Dreamcore. But since all NUC products go through Intel’s strict certifications, there’s a level of reliability that one can expect from these products – including the Dreambook Fusion 15.

The performance notebook market is as competitive as it gets, with brands like ASUS, MSI, Gigabyte and of course, Aftershock, all having notebooks of various specifications and sizes to cater to power users. So how does the Dreambook Fusion 15 compares? Let’s find out.

The Dreamcore Fusion 15 is at its heart a 15.6-inch performance notebook, powered by Intel’s 11th Gen Core i7-11800H (which is an 8-core part designed for heavy workloads), and the design makes no pretence about it with its rather minimal magnesium-alloy body. It’s a personal taste, but I do like my gaming notebooks in slim (relative to gaming notebooks, of course) and clean designs – even a minimalist look can look modern – and the Fusion 15 even with its RGB keyboard would not look out of place in a design lab or a gaming room.

In terms of specifications, the Fusion 15 comes in two versions, and both are only differentiated by their graphics processors and displays. The RTX 3060 Laptop GPU forms the base-level graphics option, but if you prefer more power then there's also the RTX 3070 Laptop GPU to go with. For displays, you get to pick a FHD (1080p) with a fast 240Hz refresh rate, or a higher-res QHD (1440p) display with 165Hz refresh rate.

It’s worth noting that either choices will come with the same Intel processor, but you get to pick your memory and storage capacity. 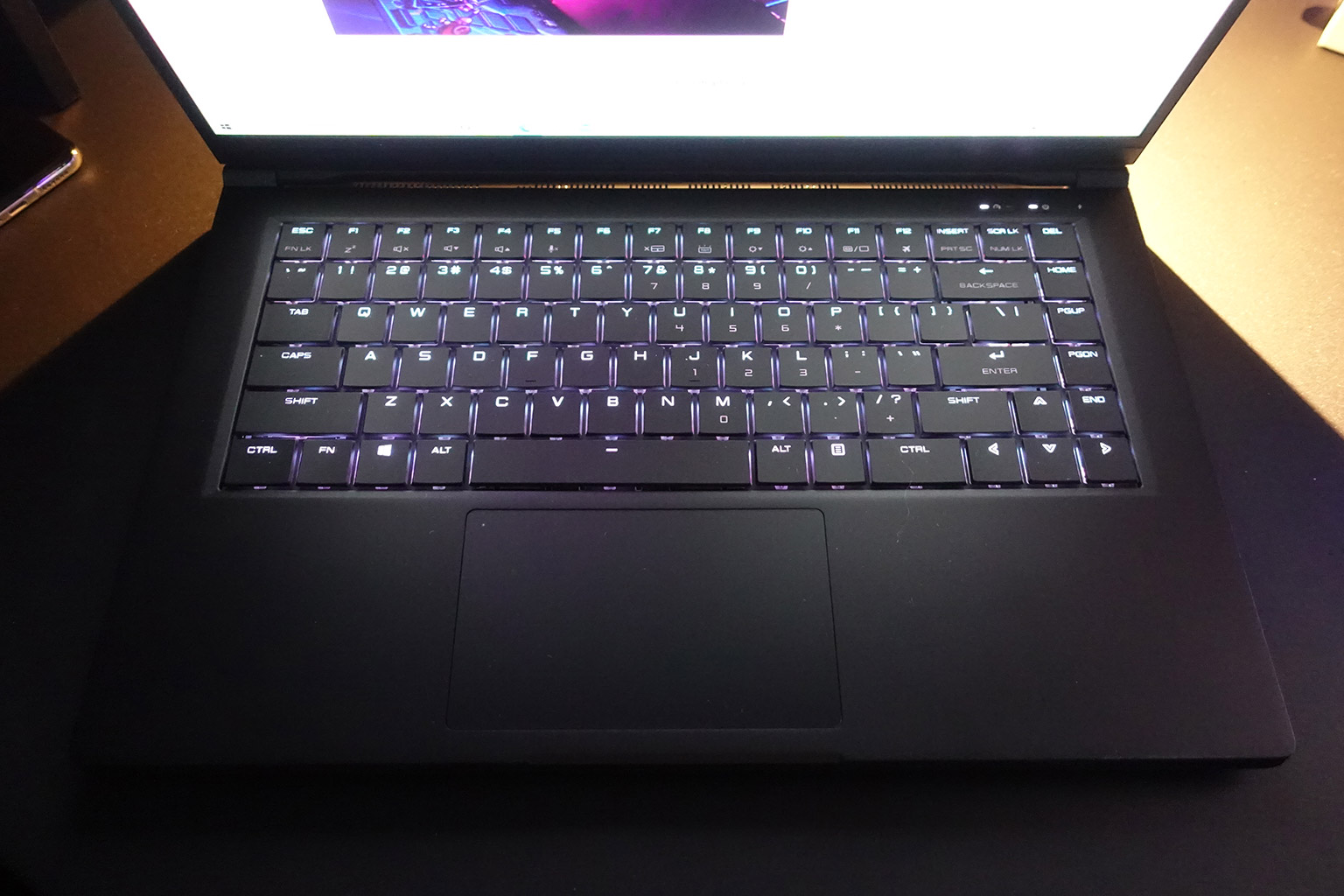 One of the most distinctive features of the Fusion 15 is its optical mechanical keyboard. It’s not farfetched to say it’s one of the best notebook keyboards that I’ve used to date – especially for such a low-profile gaming notebook. Unlike many typical membrane-based keyboards, the 2mm travel gives it a nice firm and solid feeling when typing. The layout is sensible, and keys are large and spaced apart nicely too.

The touchpad is no slouch either, its glass surface is spacious enough and allows for great gliding capabilities. It also meets the Microsoft Precision standard and allows four-finger gestures, so multi-touch gestures like pinch to zoom and multi-finger swipes for switching desktops are supported as well. 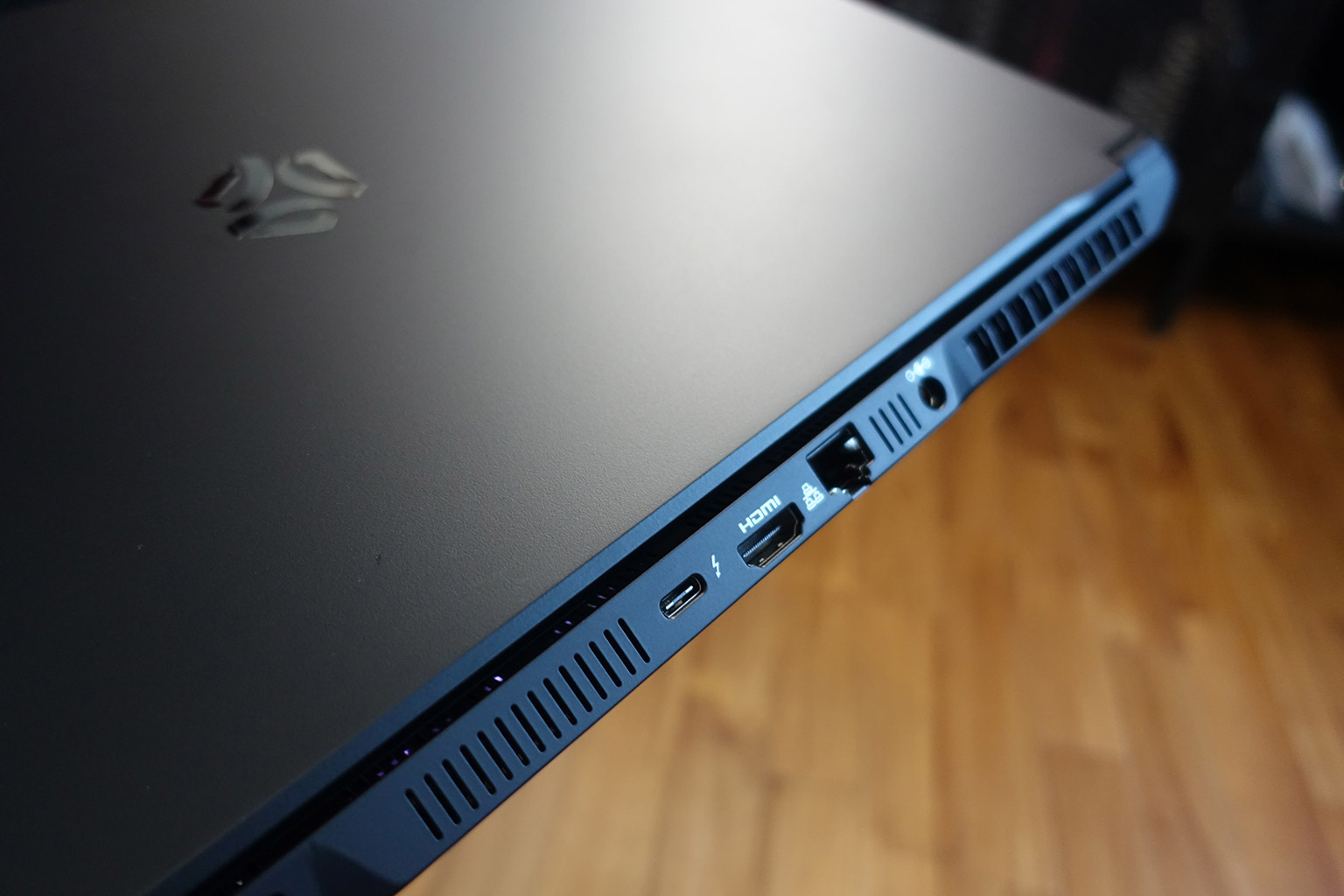 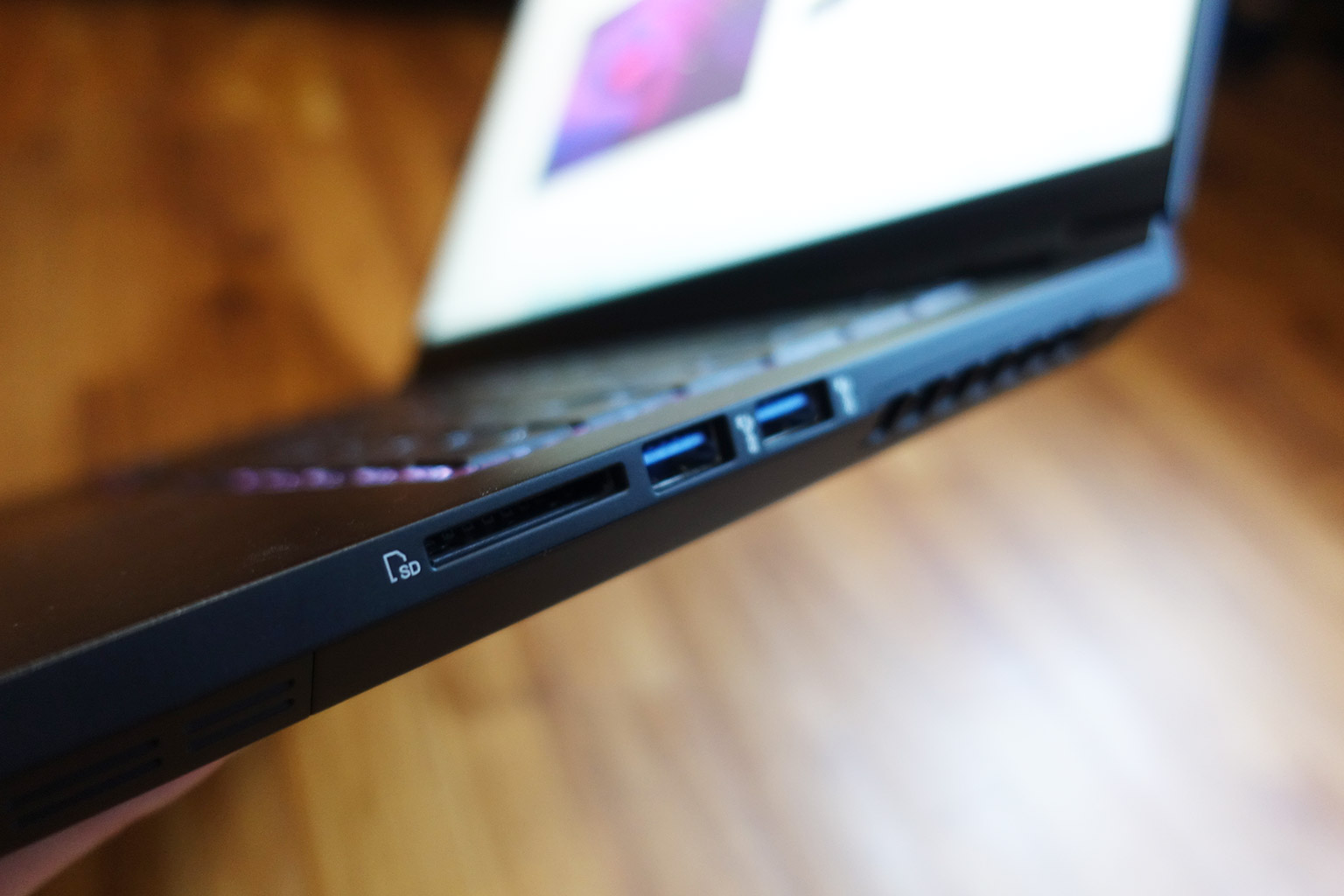 For connectivity, there is one Thunderbolt 4 USB-C connector, HDMI 2.1 out and ethernet port at the rear. On both sides of the notebook, there are a total of three USB 3.0 Type-A connectors, 3.5mm audio+mic jack and a full-size SD card reader. Personally, I would have preferred the USB-C connector to be on either side for better access. 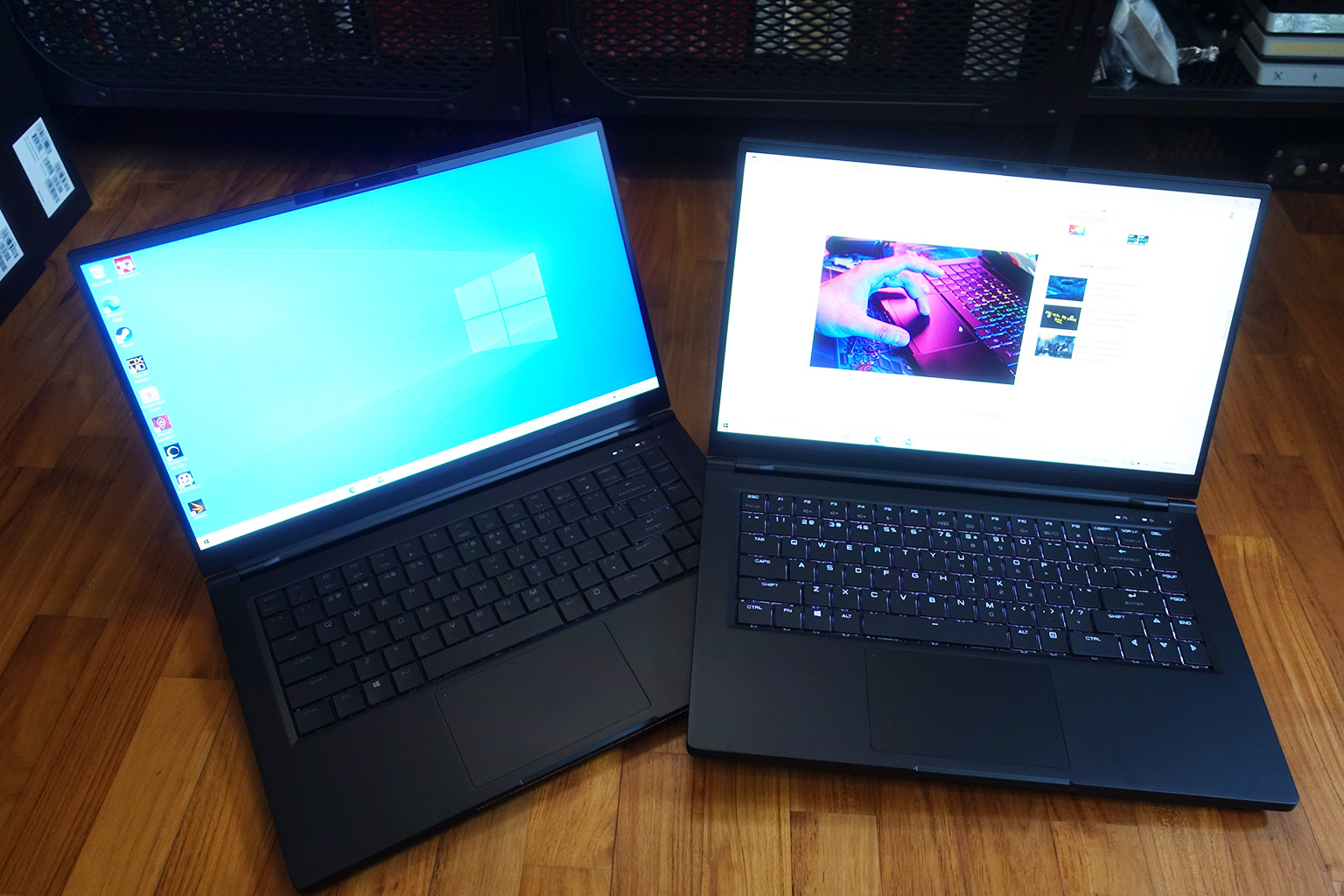 Dreamcore sent two Fusion 15 notebooks to me and apart from the graphics processors and displays, share like-for-like components elsewhere. So not only are both notebooks powered by an Intel Core i7-11800H processor, but they also come with 16GB of memory running in dual channel. Comparing against each other should give us a good indication of the kind of performance you can expect from an RTX 3060 or RTX 3070 Laptop-based gaming notebook – with all other things being equal. 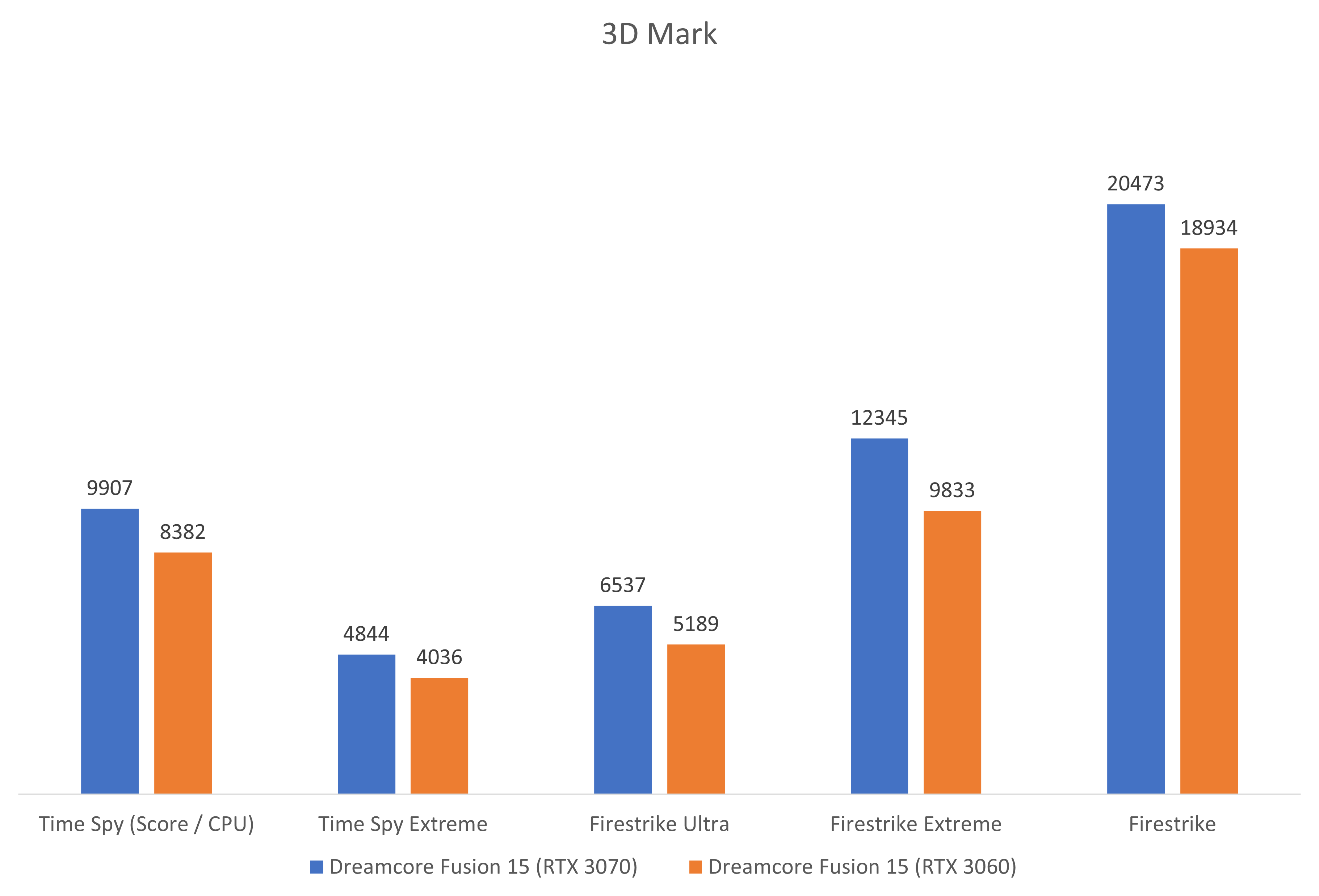 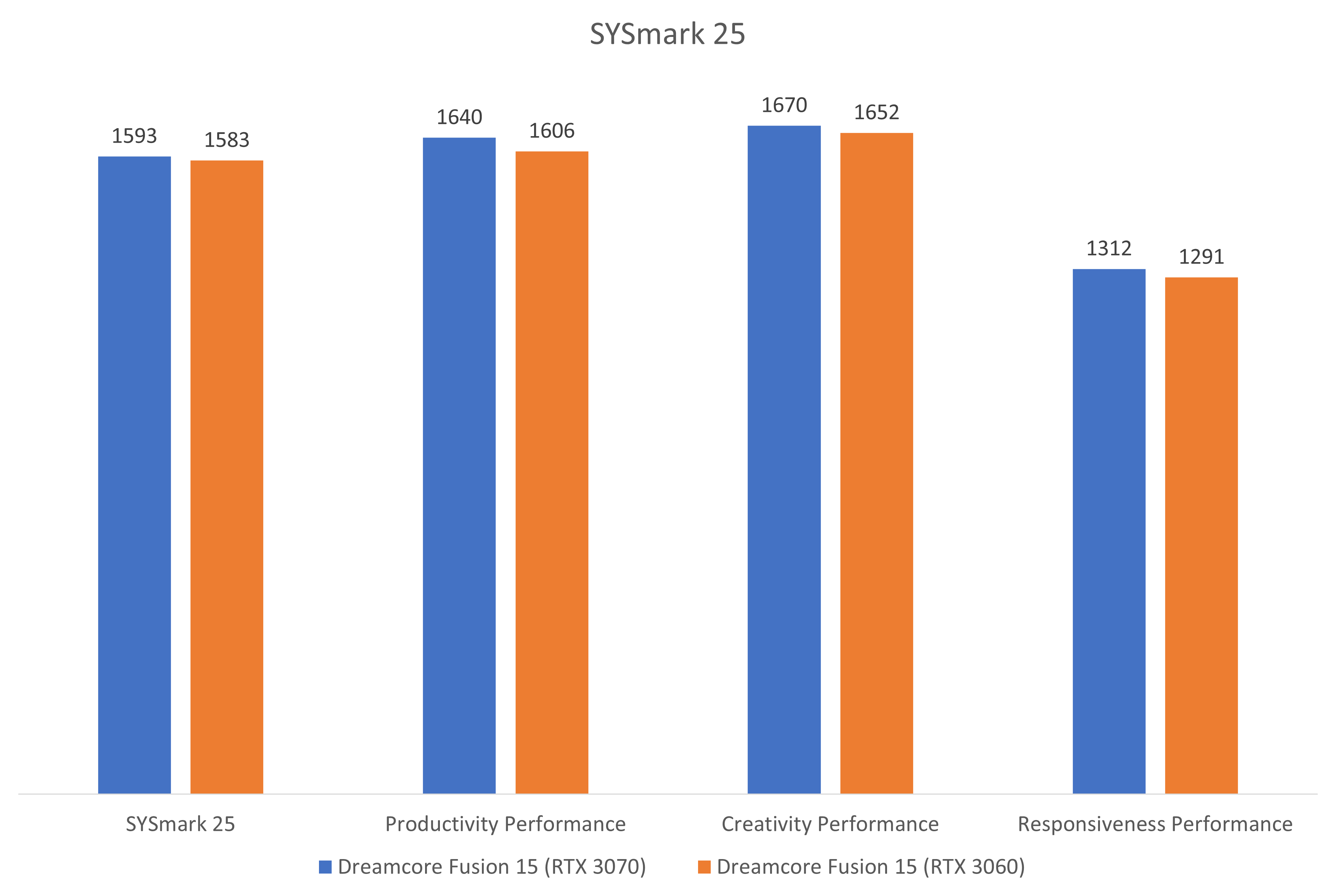 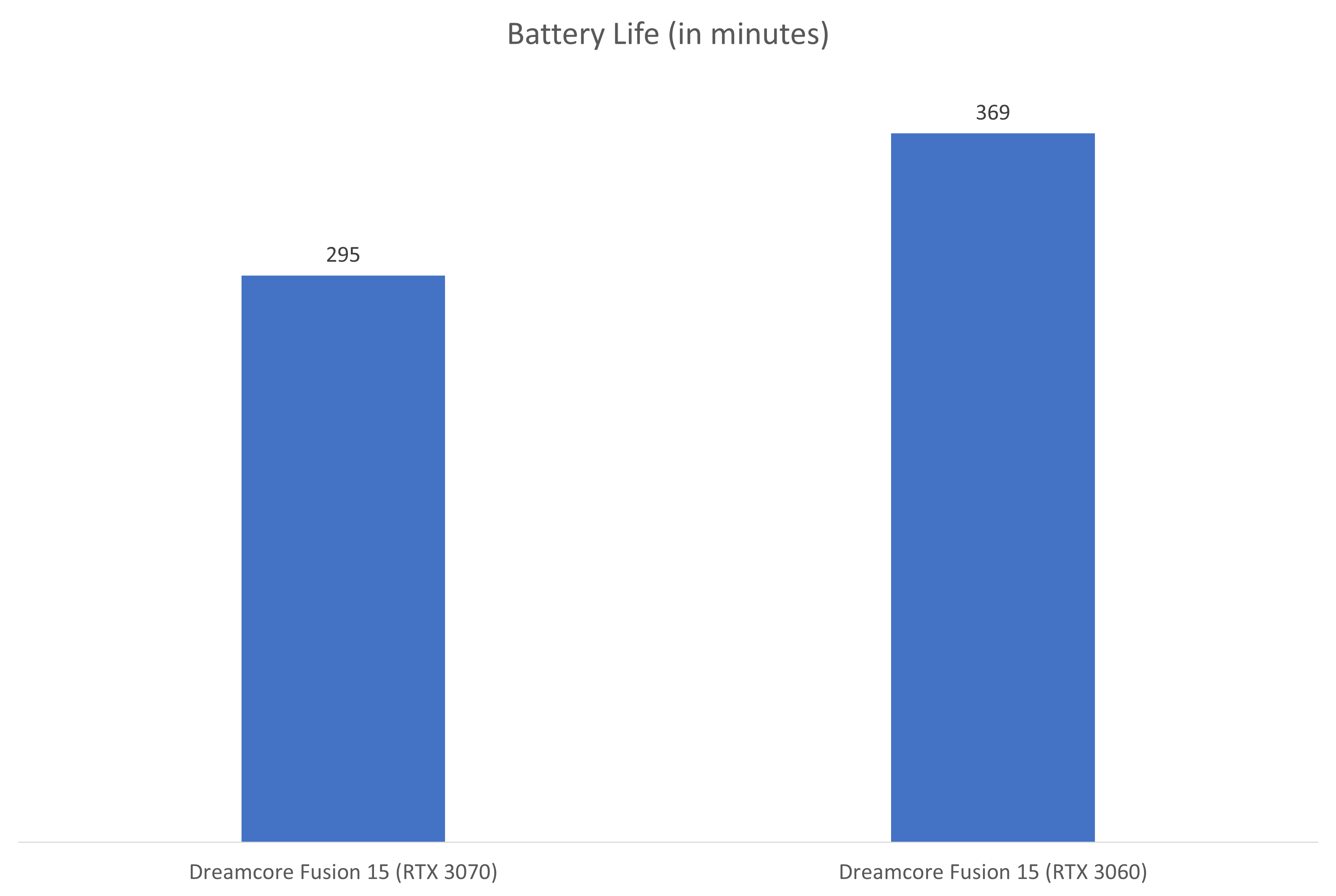 From a performance perspective, both versions of the Fusion 15 run pretty well for their respective class but each also have its own trade-offs. If you’re after pure, raw performance for gaming then having a more powerful RTX 3070 Laptop GPU is the sensible selection. It’s QHD (1440p) panel also fits better on a 15.6-inch screen and should work better for content creators. But if you move around a lot and battery life matters, then the RTX 3060 Laptop with a FHD display (and therefore consume less power) might be the better option as it can afford you more than an hour’s worth of battery juice. 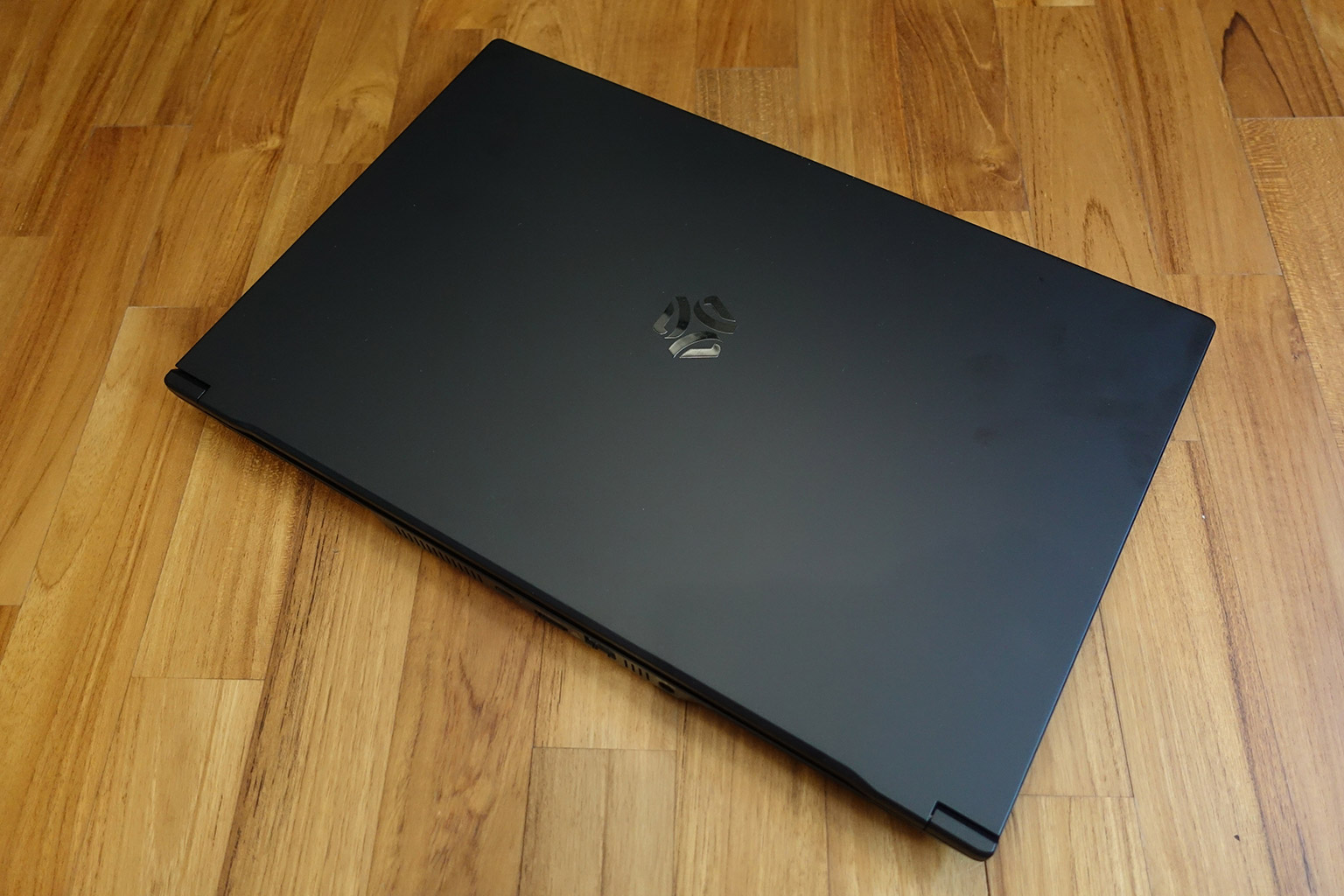 It’s hard to dislike the Fusion 15, to be honest. Measuring 21.7mm thick and weighing a stout 1.94kg, these are actually good figures for a 15-inch gaming notebook. As one can expect from an Intel Whitebook NUC reference notebook, the build is solid too. I also thought it was hard to fault the notebook’s overall performance, and the starting price of S$2,145 makes it one of the more value-for-money gaming notebooks with an RTX 3060 Laptop GPU (and with a QHD display, no less) out there, in my opinion. If you prefer a more powerful RTX 3070 Laptop GPU (with QHD display), then the price starts at S$2,745.

Perhaps the only argument to be made against recommending the Fusion 15 is this: should you be getting a gaming notebook that comes with the latest generation of Intel's 12th Gen processors instead? We are already seeing models trickling out to market from major brands like ROG and MSI. If you're looking to future proof your investment, then the answer is a no brainer one. But bear in mind that these notebooks are not likely to be available - and more importantly, available now - at the kind of price point that makes the Dreamcore Fusion 15 a compelling consideration.

Write a Review
Compare This | Specifications
Great value for money
Good overall performance
Keyboard and trackpad are top class
QHD display option available - smart call
Design is not unique; also used by other brands
Had a higher expectation for battery life
Runs a little noisy at high loads
Our articles may contain affiliate links. If you buy through these links, we may earn a small commission.
Sponsored Links