Dragon Quest XI: Echoes of an Elusive Age is a journey loaded with nostalgic charm 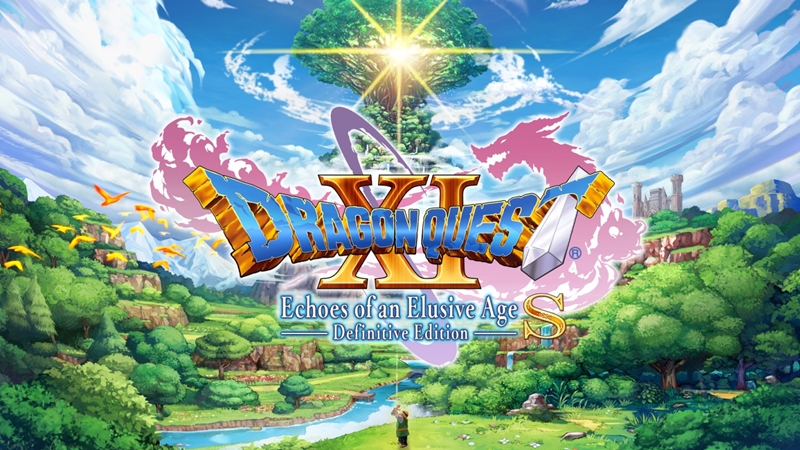 Alright, where do I begin with this one?

Do I talk about the age-old "grind, level and enhance" formula? The time I spent running around cities searching for NPCs and completing side quests? The intermittent pacing of the narrative? Or should I simply say that all of the above doesn't really matter because this game actually thrives on its supposed "flaws"? Yes, it's a curious statement to make, but we'll get into it as we go along.

And the enhanced version is a real beauty. The fact that it's drawn by Akira Toriyama of Dragon Ball fame is a bonus in my book too - the acclaimed mangaka's art style has a unique polish to it, which makes it easily recognisable and emanates a certain nostalgic charm, all of which blends perfectly with the game's own strengths.

This is no mere story 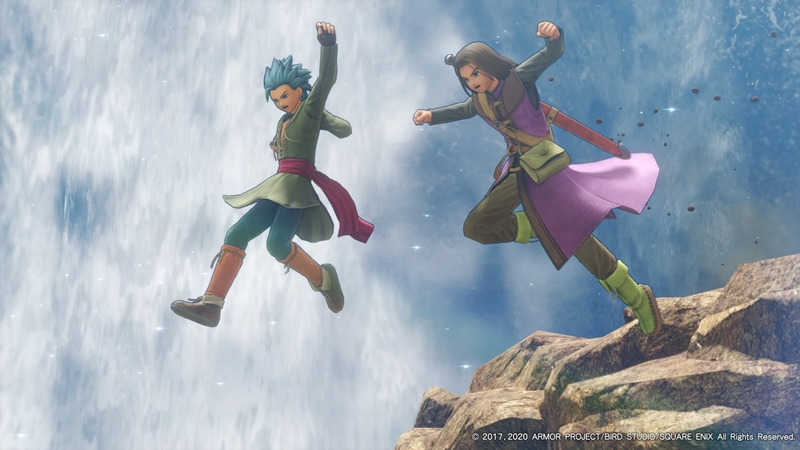 It's a fairy tale.

Of course, I would first like to clarify that I'm not singing praises about DQ11 simply because I like anime - the game does have a lot of plus points outside of its art style, and we'll talk about those bits as we go along. Granted, most of it is very old-school, but at least this whole game isn't pretentious, unlike many other RPGs nowadays.

To be more specific, the game doesn't shy away from or avoid the fact that its narrative is one huge cliche bomb, and I admire its honesty to some degree. It's pretty obvious that you're getting the "unassuming guy turned hero" gig right from the get-go, and that's not necessarily bad - the Dragon Quest games do have a reputation for sticking to such tried-and-true narrative recipes, and it has done so to the point where this "flaw" has actually become part of the franchise's charm. 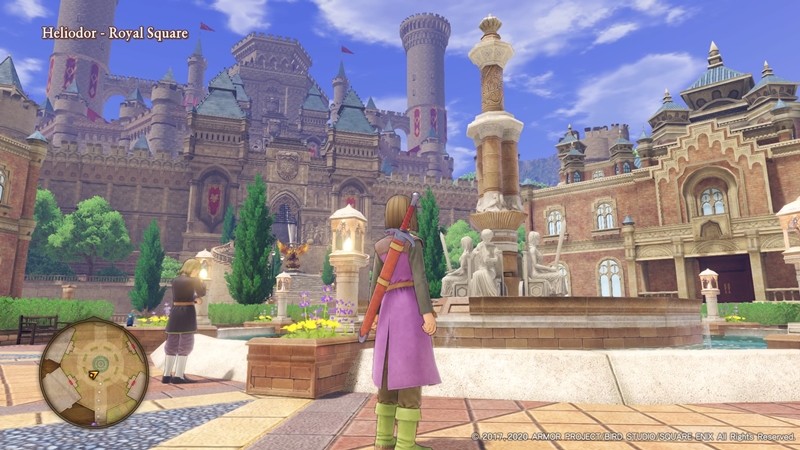 To cut a long story short, you know roughly what's going to happen at every stage of DQ11's narrative, but it doesn't really matter because this adventure is all about what you as a reader (or player) experience during the journey, rather than the journey per se. Yes, I know it sounds all cheesy and philosophical, but there's no better way to put it.

Aesthetically, I've got no complaints to make. It's not just that the environments are beautifully rendered or dazzling - it's how "alive" and vibrant they feel that really makes DQ11 stand out from the rest of the crowd. From having lovable monsters waddling about in the overworld to the excellent usage of colours in bringing out the majesty of castle towns, waterfalls, and suchlike, the world of DQ11 is nothing short of enchanting. In fact, I'm just going to say that for the majority of the game, I wasn't so much a world-saving hero as I was a tourist. As for the audio, the music, battle sounds and voice acting are really quite decent, but I concede I would have liked the game better if the protagonist actually spoke. 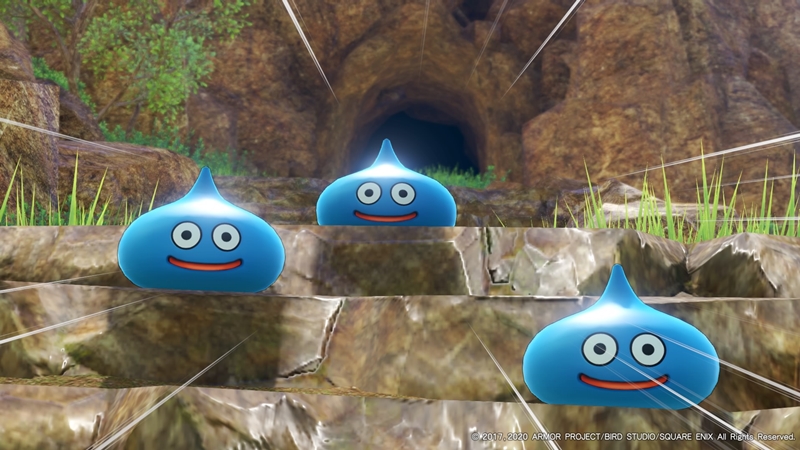 Outside of combat scenarios (which we'll go over in a second), most of your time spent will be traversing the game's gorgeous overworld, exploring cities and caves, descending into caves, speaking to NPCs and even running away from the odd dragon. There's lots to see and discover on your own, and it's not just in terms of the scenery - the monsters are also worth taking some time to look at.

Most of them are actually pretty adorable, and even the ones which are meant to look a little fiercer, like dragons aren't even that frightening at all. It all adds points to the game's aesthetic package and its "vitality", in that sense. Plus, you don't even have to hold down the movement button all the time - the autorun feature, which is activated via L3 lets your fingers take a break from holding down the joystick, which is really nice to have if you'll just be running in a straight line for a bit.

Moving on to the game's combat, there aren't any new kids on the block compared to previous games in the franchise - battles are still done in the usual turn-based team format we've come to expect. From HP and MP to EXP-based levelling and team strategy commands, the developers haven't changed the formula much, if at all, and given the relative simplicity of the layouts, it's pretty easy for anyone to get into the flow of how everything works. 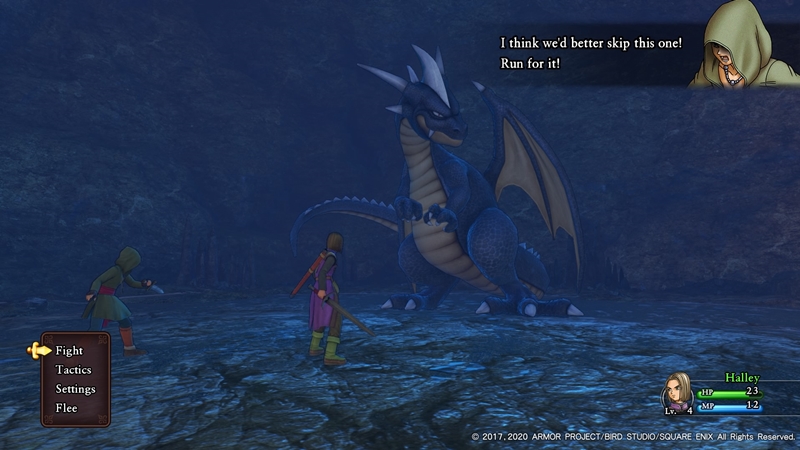 Getting into battles is quite self-explanatory too - you quite literally just walk into whatever you want to fight...and I don't really think I need to flesh this part out that much!

However, here's where we tell you about the little extra spice for those who prefer the retro route - I really like that the developers have still included the choice to play the game in the classic 2D mode as opposed to 3D mode, and it can be quite refreshing to have pixel-style graphics rather than rendered 3D models every once in a while. All you have to do is visit any of the holy statues you find in the wilderness to switch back and forth, although you will need to save before changing it.

Every boss has a weakness

So yes, DQ11 is a pretty solid game for the most part. However, it is not without its shortcomings. Despite its narrative being clear as daylight, there is still something to be said about the intermittent story tempo and pacing, which can feel a little jarring at times. Basically, the story tends to either progress too fast or too slow at any given time - one moment the game builds up tension and excitement, and the next it's free and easy.

Spoiler alert, you're quite literally given the option of tracking down some random guy who seems to have played your buddy out...while armed guards are on the way to ransack your home village. And that's just one example from the earlier parts of the game. In a way, the narrative itself can feel a little...wacky as the options given to you don't necessarily match up with the gravity of the situation, and I find that takes away a few points from the overall fluidity of the hero's tale.

I mean, it's not rocket science - I don't have time to go dig up your crappy treasure while soldiers are on the way to raze my village to the ground! Hello? Priorities much? 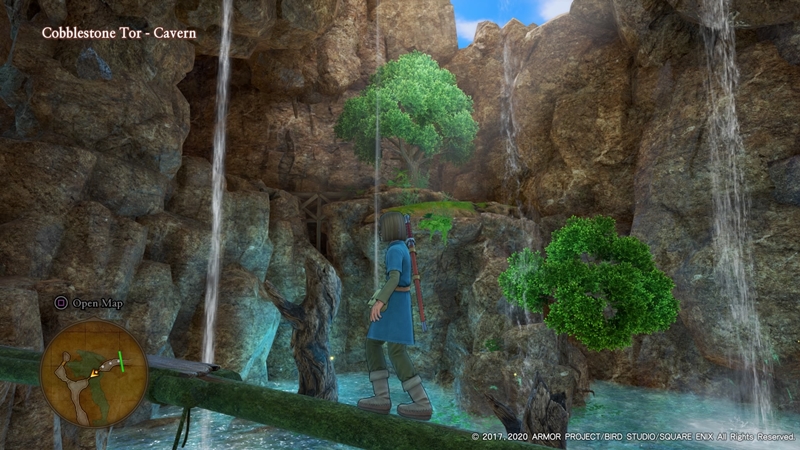 And then there's the ever-present issue that traditional JRPGs have to deal with - grinding. Make no mistake, there will be periods where you'll have to dedicate yourself fully to farming EXP and levelling up, or risk getting pulverised by the enemies in the next zone. Fortunately, DQ11's case isn't as severe as some other JRPGs owing to the amusingly crafted monsters and generally more pleasant graphics, which is great, but the problem is definitely present, and it might get slightly worse in the later stages of the game when it gets harder to level up.

Still, I really think this is just one of those trade-offs that developers have to make when they work on such titles, and if I had to choose between staying true to a series' formula versus coming up with a revamped system that may or may not appeal to fans, it's no contest - keeping the integrity of the franchise intact is much more crucial.

An experience beyond reality 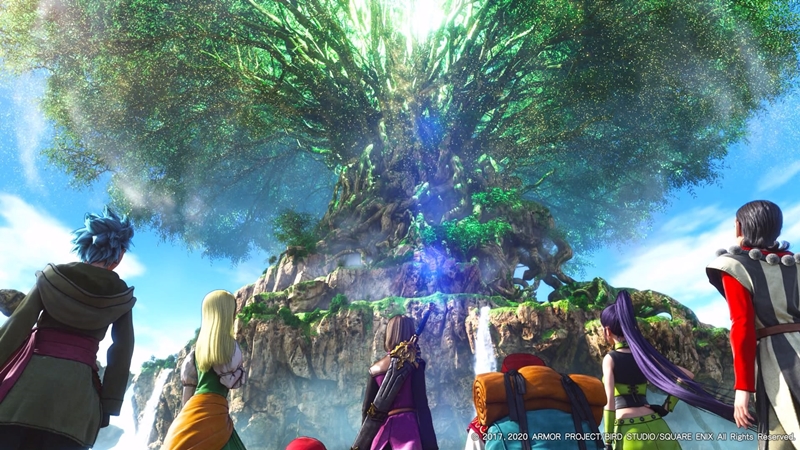 So, what's my verdict? Let me lay out the chips then.

As a general rule, Dragon Quest XI: Echoes of an Elusive Age is loaded with narrative cliches and the story itself could certainly use a little more streamlining. Yet, I don't really find that a demerit because the adventure itself is such a pleasure to undertake. The gorgeously rendered environments makes up a huge part of that appeal, of course, and when coupled with the beginner-accessible combat system and some old-school fantasy elements like magic, heroes and dragons, this game is nigh-impossible to tear yourself away from.

Suffice to say that this is one deadly pitfall trap. But it's one that I certainly wouldn't mind falling into time and time again - it's a marvellous piece of work that continually captures and delivers the sense of fantastical wonder the franchise holds dear, turning its players into bright-eyed kids listening to fairy tales every time they boot it up. A beautiful game in and out.

Write a Review
Compare This | Specifications
Has a huge variety of beautiful environments that feel lively and fantastical
Gameplay systems are easy to grasp, even for beginners
2D mode is available for the retro fans
The experience is oddly charming and nostalgic
Even the dragons look cute
The pacing of the narrative can be a little awkward at times
Players might still have to devote some time to grinding out levels
Why is the Hero a mute?
Our articles may contain affiliate links. If you buy through these links, we may earn a small commission.
Sponsored Links