Ditch your notebooks, the Surface Pro 3 is a true notebook killer

Microsoft’s Surface tablets are company’s first attempt at integrating its own Windows software within hardware that it has designed itself. The move was seen as a risky one and the first generation Surface RT and Surface Pro tablets were not well received.

The Surface RT was a flop that caused Microsoft to take a US$900 million write-down and offer massive discounts in a bid to clear inventory. And while we thought the Surface Pro was a good alternative to existing ultra-portable notebooks, it was unpopular with consumers, presumably because of the confusion between it and the Surface RT.

Since then, Microsoft has taken steps to simplify and reposition its Surface offerings and to also improve on their usability and capabilities. And just earlier in May this year, we had the chance to get a hands-on with their latest Surface tablet, the Surface Pro 3. 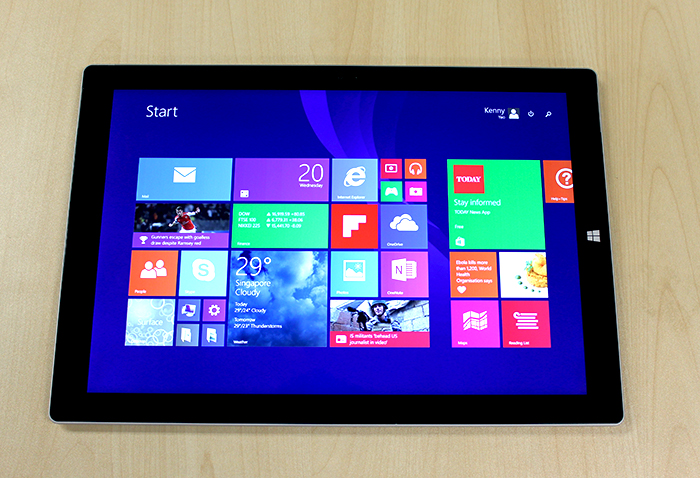 Here with us now is a proper review unit of the Surface Pro 3, which helped us spend more time with it and more importantly, put it through our benchmarks to see just how well it performs. So here it goes.

The new Surface Pro 3 is markedly different from the Surface Pro 2. Perhaps most noticeable of all is its larger 12-inch display. The larger display also translates to a higher display resolution and pixel density - 2160 x 1440 vs. 1920 x 1080 pixels and 216 ppi vs. 208 ppi. Larger display size aside, the Surface Pro 3 also has a more sensible 3:2 aspect ratio. Its predecessors’ 16:9 aspect ratio displays made sense for watching videos and using Windows 8.1 apps, but was often criticized for being too narrow to be used effectively for productivity tasks. The Surface Pro 3's display is bright and sharp, but it is very glossy and prone to catching reflections from surrounding objects. 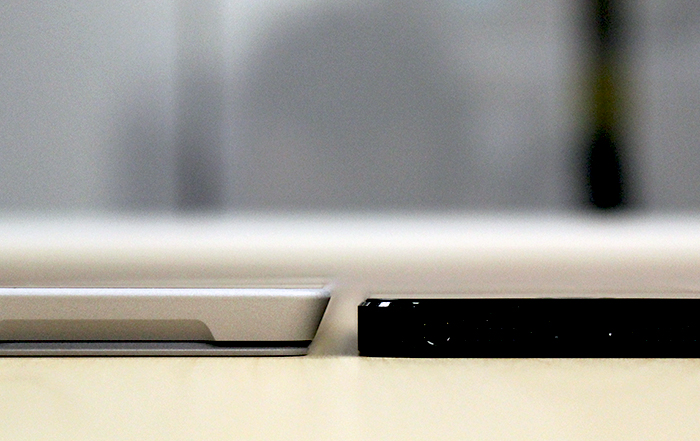 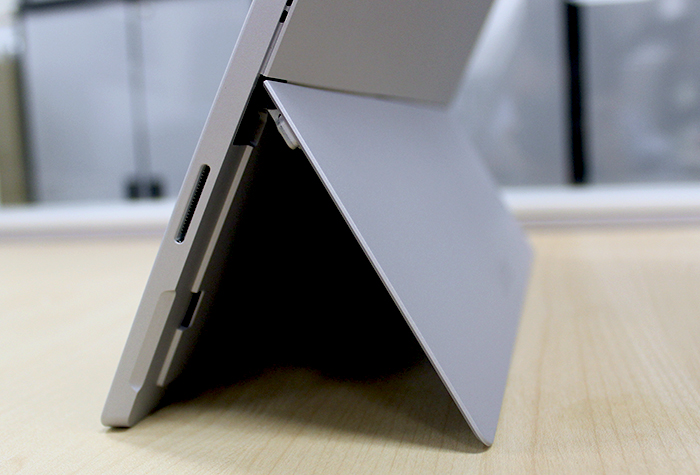 Also new to the Surface Pro 3 is the friction hinge kickstand, which can be adjusted to any angle within its 180-degree range. This flexibility makes it more comfortable to use whether it is on a table or your lap, and makes us wonder why the Surface Pro 2’s kickstand only had two measly positions in the first place. More importantly, the hinge has a nice firm yet smooth action that speaks volumes about the Surface Pro 3’s excellent build quality. 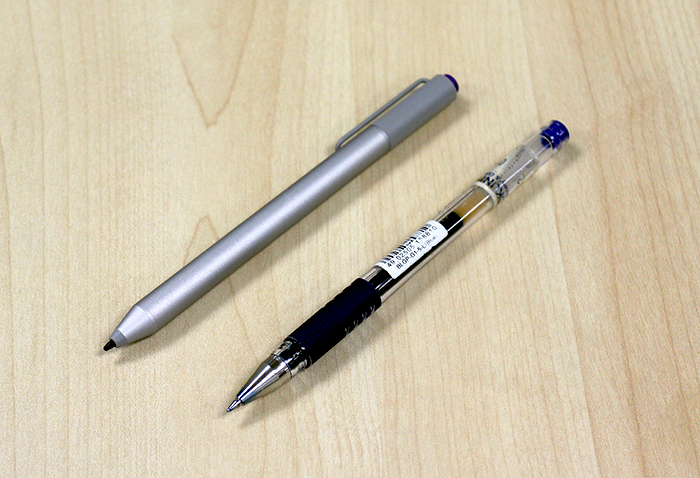 Another new feature of the Surface Pro 3 is its pen - not stylus. Clicking the pen opens Microsoft OneNote and lets users quickly take notes, which can then be saved to their OneDrive account. It can also be used to quickly grab screenshots and annotate them for later reference. The pen also features pressure sensitive technology and palm block technology, which means you can write as you would on normal paper and the Surface Pro 3 would be intelligent enough to disregard your palm inputs. All in all, the writing experience of the Surface Pro 3 easily rivals that of the Adonit Jot Script Evernote Edition Stylus and the Penultimate app. The pen also works with other apps such as SketchUp and Adobe Photoshop. You can also use the pen as a regular input device if you think you are too clumsy with your fingers. 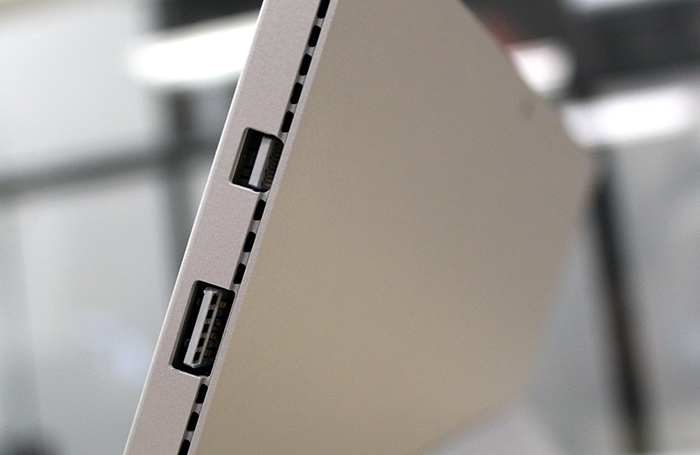 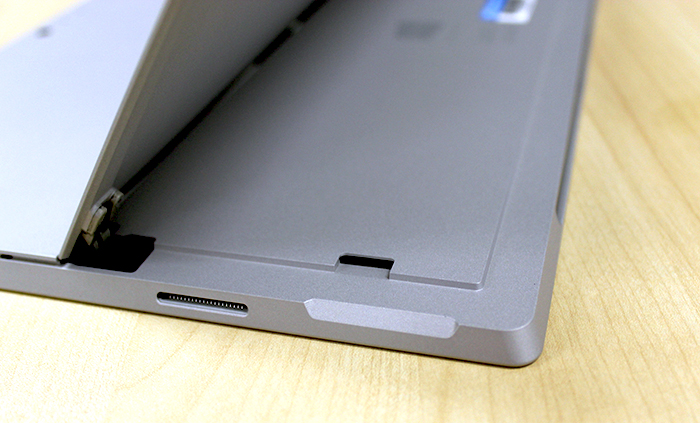 Here’s a table that quickly summarizes the various configurations: 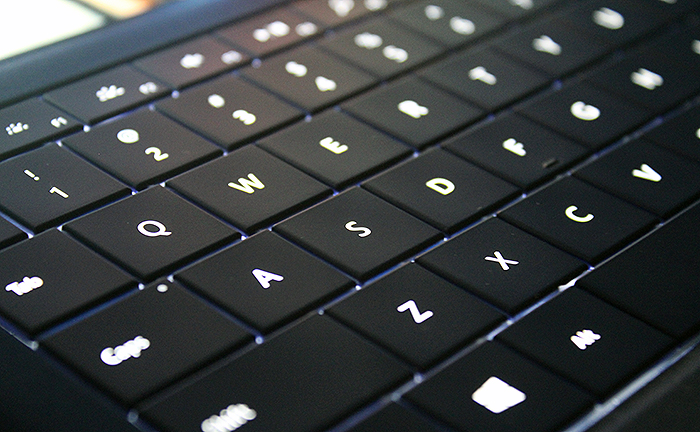 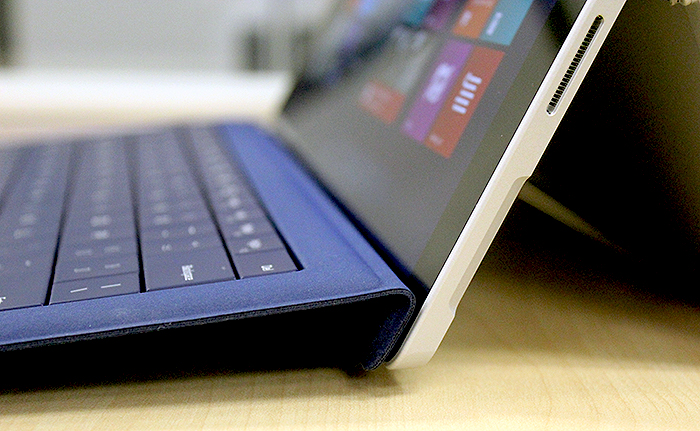 Expectedly, the keys are a little shallow, but they have a positive 'clickety' action and we got used to typing on them just after a short while. The trackpad is a little narrow, but it is accurate and responsive enough that we could forgo using a mouse. What’s more, the keys are also backlit, so no worries about typing in dark environments - like on a plane, for example. Also, the new Surface Pro Type Cover keyboard has a double-fold hinge that allows it to attach to the lower bezel of the Surface Pro 3. This elevates the keyboard at an angle, which makes it more comfortable for typing. Unfortunately the Surface Pro Type Cover is an optional accessory that must be purchased separately at a considerable price of S$183. But if it is any consolation, it is available in a variety of colors including cyan, red, blue, purple and black; and can also be folded to double up as a protective cover.

The Red Type Cover is probably one of the best new color additions made to the stable of Surface Pro Type Cover color options and we would highly recommend it. It is however a Microsoft online store exclusive, so you'll have to order it online. On another note, if you do own older Touch or Type Covers from your older Surface devices, it will work perfectly fine with the Surface Pro 3 - with the exception of the size mismatch because the older Surface devices were smaller than the 12-inch Surface Pro 3. So if you do have an older cover lying around, you could try saving some cost by giving it a try first. In any case, the purpose-made Surface Pro Type Covers are still superior and a better match for Surface Pro 3.