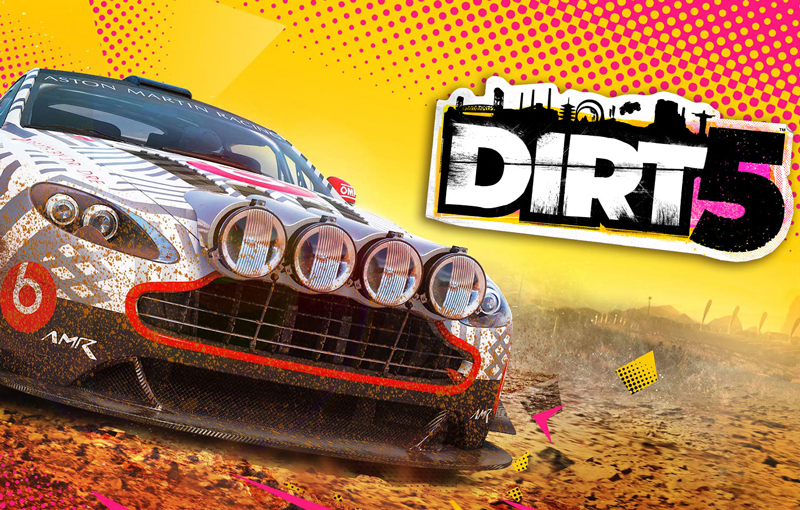 Codemasters made a good racing game. What else is new?

I was honestly surprised by how much I ended up enjoying Dirt 5. Its snazzy, festive vibe feels like an infectious celebration of dirt racing. The moment your car takes off, pulsing licensed music and purple neon lights light up the track while elated crowds cheer you on. It’s loud and brash and spectacular at every turn, tossing sim-racing mechanics right out of the window in favour of more casual fun. Fans of Dirt Rally 2.0 might be disappointed then, but I really dug how this game feels.

Dirt 5 is an arcade racer that takes players off the beaten path and onto muddy tracks, mountainous paths and frozen roads. Its casual tone, if not made clear by the bright, eye-popping visuals, is then stressed in the way cars handle and how short races can be. It’s definitely not the game for sim-racing enthusiasts, but I suspect anyone who’s looking for a fun racing game to pick up with their new Xbox console will not be disappointed. 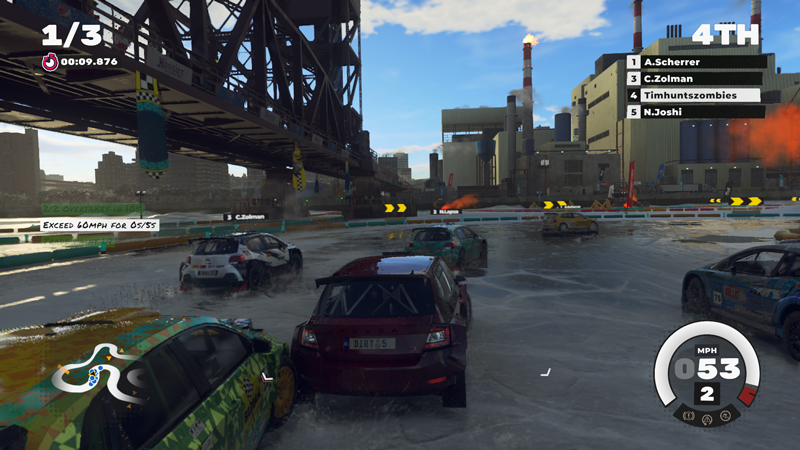 The Dirt franchise experienced a split five years ago with the release of Dirt Rally, a game that spun off its own series with a focus on realistic racing mechanics. The Dirt series then became focused on player accessibility and unabashed fun, and boy does it do it well. There’s tons of content to play through here - from a campaign starring Troy Baker and Nolan North to a Trackmania-like map-building mode called Playgrounds.

The driving mechanics behind it all aren’t designed to impress - only to work, and that’s just what they do. Flinging cars into the air after a big jump and drifting around a corner doesn’t feel realistic so much as it just feels easy to do. It’ll still be a challenge at first if you’re not used to pulling that handbrake everytime you approach a corner, but it becomes second nature once you’ve been through enough races. Colliding with other vehicles doesn’t feel particularly impactful though, and car physics generally aren’t as true to life as I’d like, even in an arcade-y racer like this one.

On its own, driving feels passable - not amazing, but not bad enough that it brings down the whole experience. It’s the places you visit, and the tracks that you drive through that truly elevate the game. Dirt 5 is a globetrotting adventure, taking you to places like America, Brazil, China and Italy - each map coming with their own share of spectacular vistas and weather conditions. You’re not racing around a stadium track here, after all. You’re taking to the road - actual roads not guaranteed. 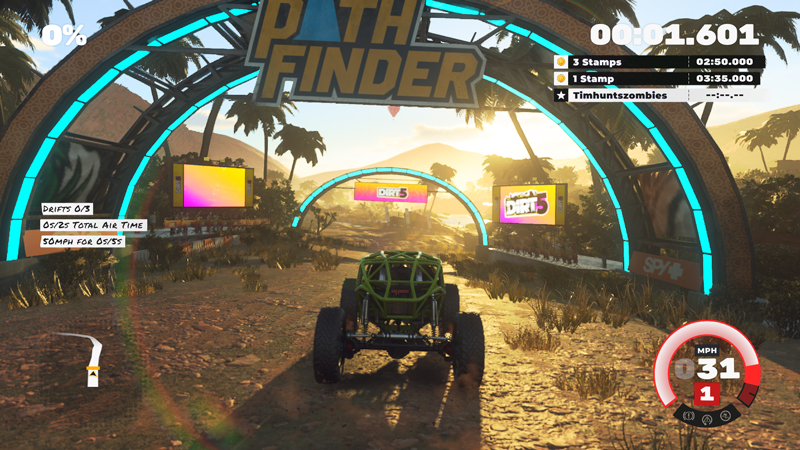 These tracks are stupid amounts of fun to play through. I particularly love the offbeat maps that take you up and down rough hills of rock and dirt. All you really have to do is complete these tracks, but getting to the finish line is chaotic as hell and makes for an enjoyably frantic experience. Other environments dip into weather and time of day conditions to make things challenging in different ways. A road caked with ice will have you fight against the way you’ve been taught to turn corners, whereas a nighttime race has you focus on visibility above everything else.

There’s a lot to keep track of here, but it never feels like too much. Racing feels fun and challenging and fresh, and the jovial atmosphere and eye-popping visuals of Dirt 5’s tracks only accentuate that.

I’m thirsting for those next-gen consoles 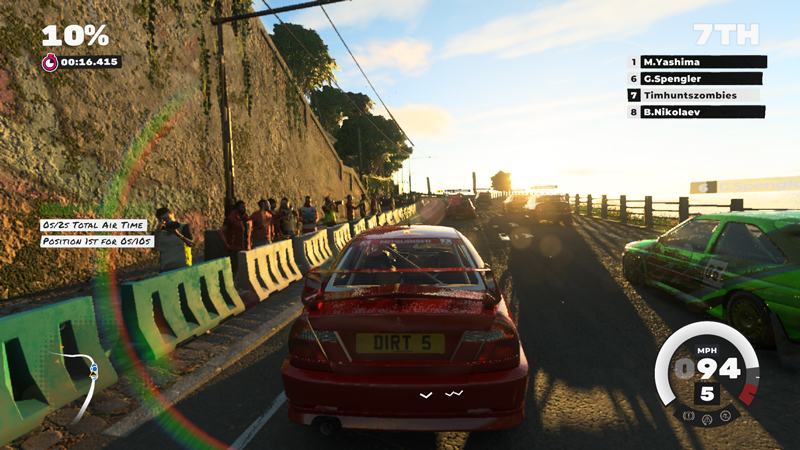 I’m not sure if it’s just because we’re in the midst of a transitionary period in console generations, but the games I’m playing on current-gen consoles are starting to feel…rickety. It’s not that they don’t function well, of course. We’re still getting gorgeous-looking games like The Last of Us Part 2 and Gears 5. I just can’t help but feel like I’m missing out on something when I opt to play a game on current-gen systems.

Dirt 5 is a pretty great example of this. Developer Codemasters’ latest racing game is gorgeous on the Xbox One, and it keeps a solid framerate throughout. Still, there are small niggling technical blemishes that I can’t help but notice - such as low-to-none crowd density and noticeable pop-in issues that occur as I rocket through muddy tracks.

The game has two modes: one that targets overall performance, and another that targets image quality. The difference between the two is rather stark on Xbox One. On performance mode, gameplay obviously feels much smoother at 60fps. However, the game loses a ton of its detail and visual splendour as a cost. The background environments of the tracks you race though do not suffer in quality, but I noticed distractingly low draw distances on the road. Puddles and grass and other such environmental details would pop up just inches in front of my car, and everything beyond that would lack definition.

When targeting image quality, I noticed the same issues - but toned down somewhat. Crowd density was higher, albeit still a little too low for my liking. Vehicles had more accurate-looking shadows and details, and the game overall just looked prettier. Fortunately, the framerate never suffers - but we’re definitely getting at a point in the Xbox One’s life cycle where it’s hard not to gaze at the Series X wistfully. If you can focus on the gameplay alone without getting lost in Dirt 5's visual kinks, this might not matter, however.

Write a Review
Compare This | Specifications
Lots of licensed music
Really fun atmosphere
Great visuals and map variety
Utterly bog-standard campaign
Not very replayable
Pop-in and draw distance issues in Performance Mode
Our articles may contain affiliate links. If you buy through these links, we may earn a small commission.
Sponsored Links