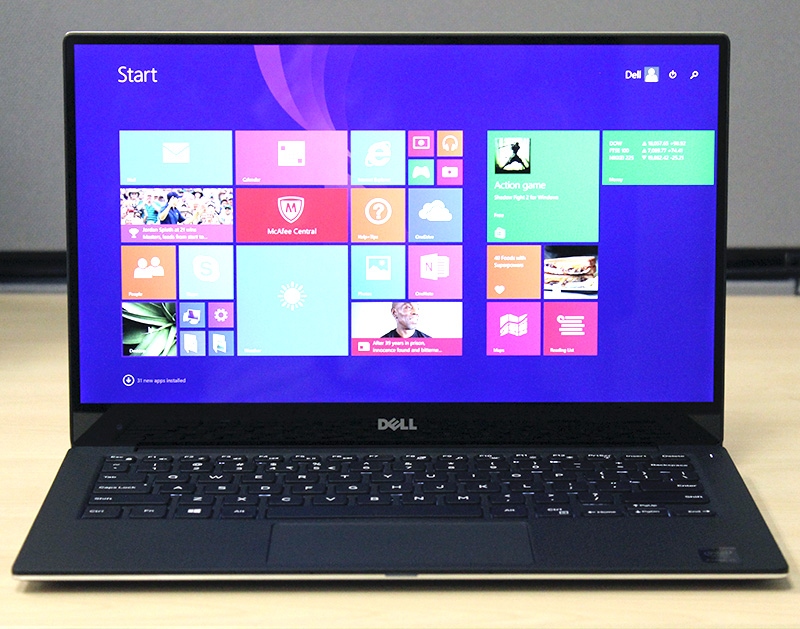 Dell’s XPS line represents the most cutting-edge devices that the Texas-based company has to offer and the XPS 13 is easily one of the most exciting new devices to come out from Dell in some time. And looking at the photo above, it is not hard to see why. When we first saw it earlier this year at CES 2015, we were stunned by its near bezel-less display and its extremely compact dimensions. It looks great, but does it have the brains to back it up? Well, that’s what we are going to find out.

The Dell XPS 13 is powered by Intel’s latest fifth generation “Broadwell” Core processors. If you don’t already know, Broadwell is the codename for the 14nm die-shrink of its Haswell microarchitecture. And according to Intel, Broadwell will bring about significant power savings and modest performance increases. The first Broadwell mobile processors were announced earlier this year at CES 2015.

The XPS 13 is available in a couple of variants and ours is the top-of-the-line model that comes with a dual-core Intel Core i7-5500U processor (2.4GHz, 4MB L3 cache). This is complemented by 8GB of DDR3-LS RAM and a decently sized 256GB SSD. DDR3-LS is a type of low-voltage memory designed to reduce power consumption when the system is idle or on stand-by. In terms of power savings, it sits somewhere between DDR3L and LPDDR3, and is favored for its relative affordability when compared to LPDDR3. And since the XPS 13 does not feature a discrete GPU, graphics duties are handled by the integrated Intel HD Graphics 5500 GPU.

This brings us to Dell’s odd choice of processor for the XPS 13. Though the choice was made likely for power saving reasons - the Core i7-5500U has a TDP of just 15W - the Intel HD Graphics 5500 integrated GPU that it has is a middling one. We would have gladly traded the the larger cache and lower TDP for another processor such as the more power hungry Core i5-5287U (28W TDP) that has Intel’s more competent Intel Iris Graphics 6100 integrated GPU, which, on paper can be twice as powerful. Perhaps this will play out in Dell’s favor in our battery and power consumption tests, we shall see. 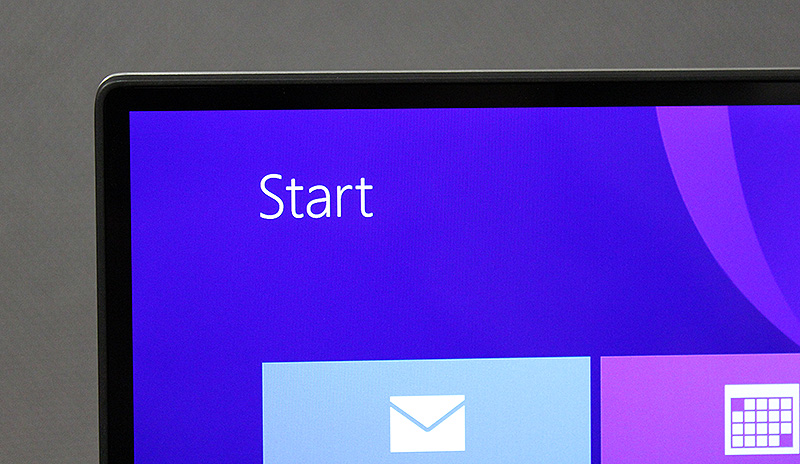 The latest Dell XPS 13 is more than just a hardware update, it's an entirely new machine with a spanking new design. The previous XPS 13 from 2012 was compact, but it was also criticized for looking too much like Apple’s MacBook Air (like it’s a bad thing?). And the first thing about the new XPS 13 that catches your eye will most likely be its near bezel-less display. Dell calls this it an infinity display and we think it looks awesome. In case you are wondering, the bezel measures just 5.2mm. 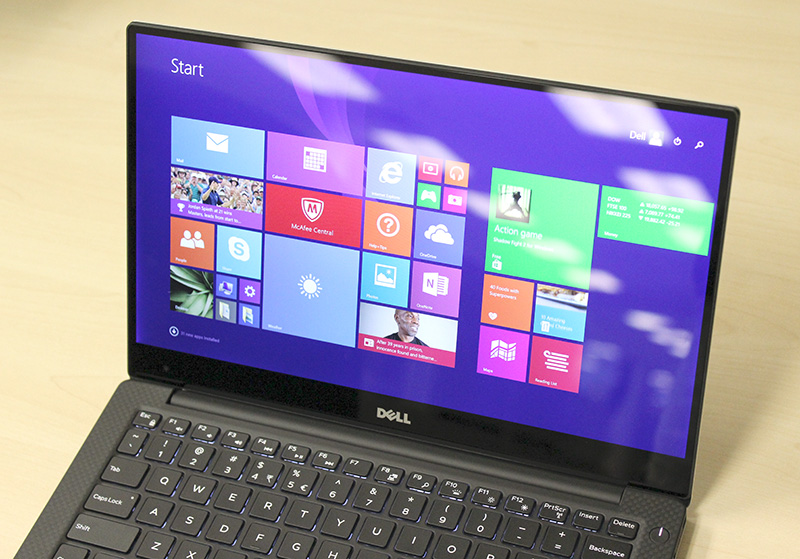 The Dell XPS 13’s IGZO IPS display measures 13.3 inches across diagonally and is touch-enabled. It also has Corning Gorilla glass to prevent scuffs and scratches. Display resolution is a very modern 3,200 x 1,800 pixels, which gives the XPS 13 a pixel density count of 276 pixels per inch. This is about 20% greater than the Retina displays found on Apple’s MacBook Pro notebooks. The result is very sharp and fluid images; and viewing angles, both horizontal and vertical, are very good. Add all of this to the ultra-slim bezel and what you have is one of the nicest looking displays on a notebook. 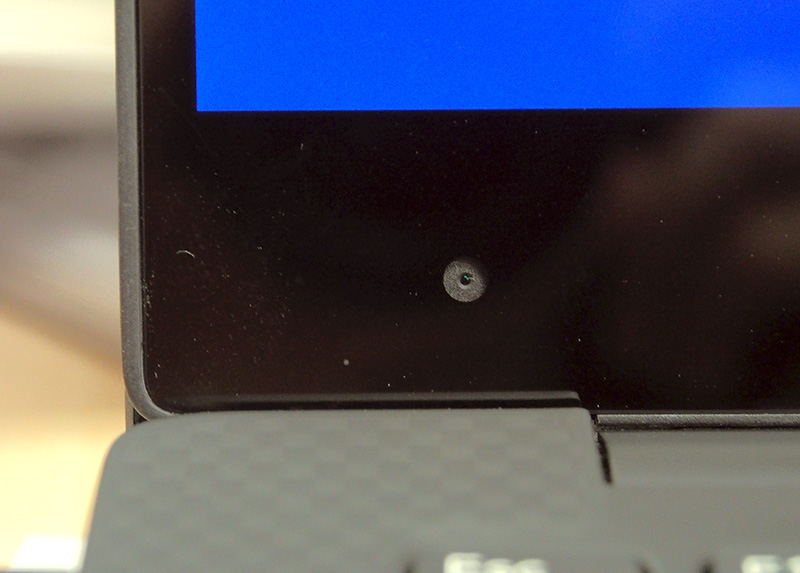 There are, however, two problems with the display. The first problem plagues all glossy displays and that is reflections. The Dell XPS 13 has a glossy display and so reflection can be a problem, depending on your work environment. The other has to do with the position of the webcam. With the bezel being so slim, Dell has no choice but to position the webcam to the bottom left of the display, which is really odd, to say the least. The result of this is very unflattering videos of yourself whenever you need to do video conferencing. Additionally, if you need to type when video conferencing, your fingers will get in the way of the camera. Because of this, we would not mind adding a few millimeters to the bezel on the top of the display to accommodate the webcam in its more typical position. 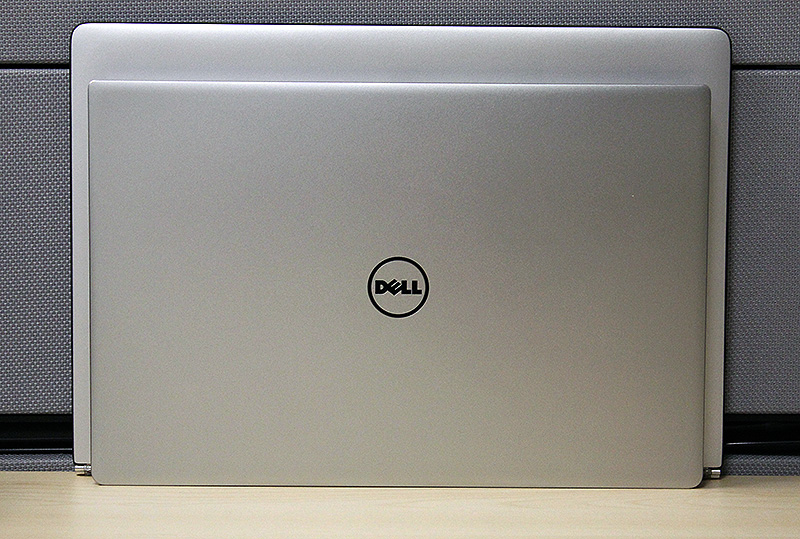 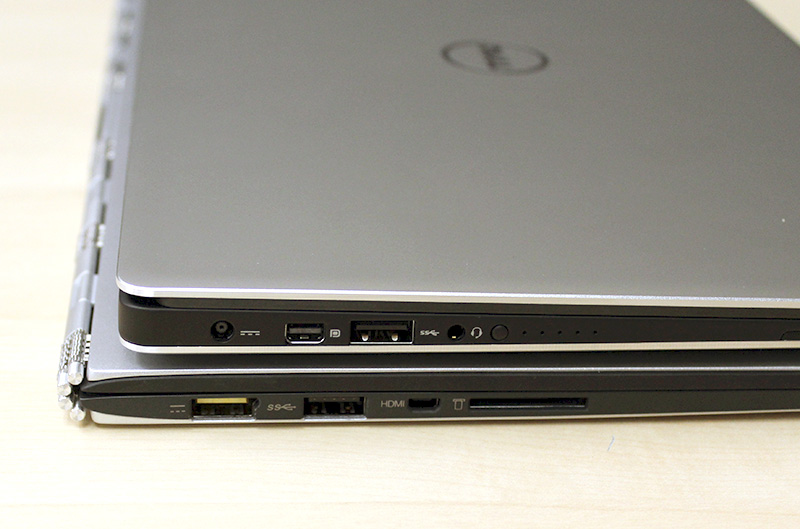 That said, the slim bezel also translates to a smaller overall frame for the notebook. This also means that the Dell XPS 13 is extremely compact and Dell even claims that it is the smallest 13-inch notebook on the market. In fact, with a footprint that measures 304 x 200mm, it takes up substantially less real estate than anything else in the market. Furthermore, it measures just 15mm at its thickest point and tapers to just 9mm at its thinner end. And it only weighs 1.26kg.

Still, despite its lithe frame, the Dell XPS 13 feels well built. The entire chassis feels strong and sturdy despite its thinness. This can be attributed to Dell’s decision to employ premium materials such as aluminum and carbon fiber. The lid of the XPS 13 as well as the base are aluminum, whereas the entire palm rest is made using carbon fiber and coated with soft touch paint, giving it a very tactile feel. 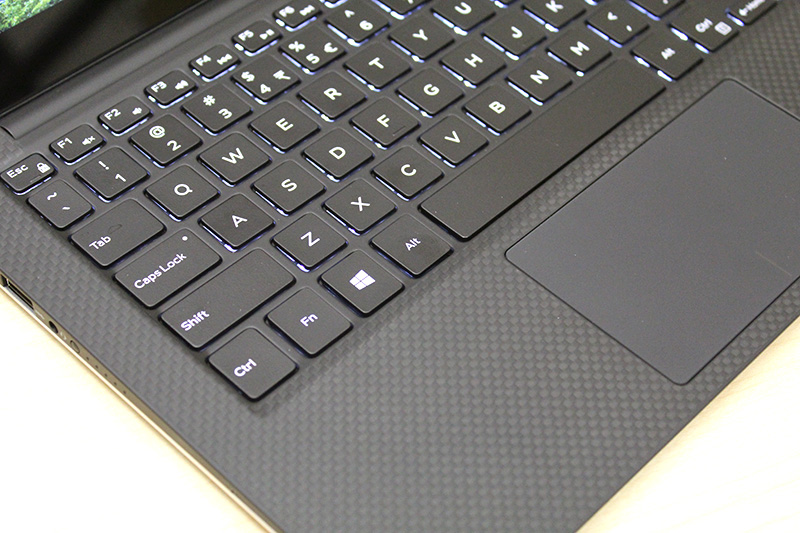 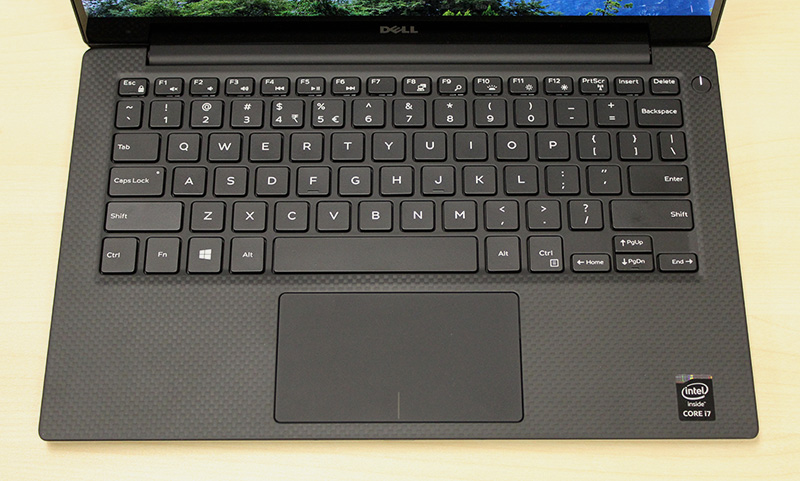 The Dell XPS 13 has a chiclet-style keyboard and has backlights. According to Dell, the keys have 1.3mm of travel, which is less than the recently reviewed ASUS Transformer Book T300 Chi’s 1.55mm, and it showed. The keys feel light too and require little force to actuate. Overall, we found ourselves being neutral to the keyboard and would say that it is adequate and does the job well enough. The trackpad is well-sized and responsive to use, but a little vague when it comes to accuracy.

In terms of connectivity, the Dell XPS 13 has all the bare necessities covered, offering two USB 3.0 ports, a Mini-Displayport for video output, an SD card reader and a 3.5mm audio output jack. There’s no Ethernet port, but the XPS 13 supports the wireless 802.11ac standard and Bluetooth 4.0. Under Device Manager, we found that the Wi-Fi card is listed as “Dell Wireless 1560” and supports up to two spatial streams, meaning speeds of up to 867Mbps is possible if you have a compatible 802.11ac wireless router. 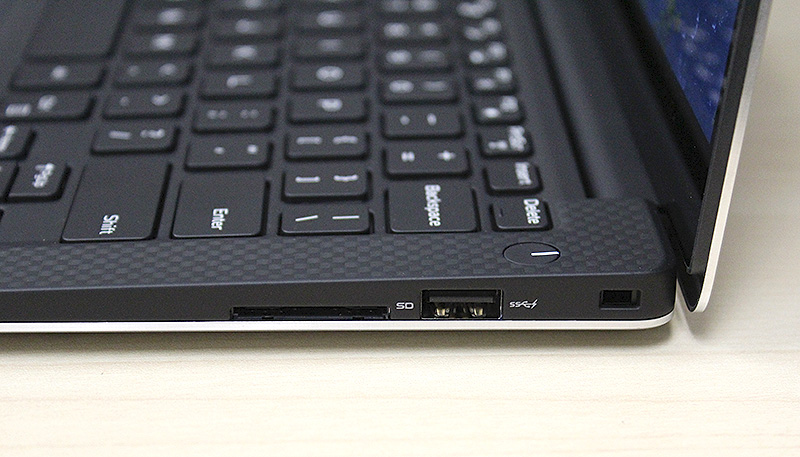 The Dell XPS 13 also features two stereo speakers with a rated power output of 1W each and they are surprisingly loud. Unfortunately, the XPS 13's sound system suffers from the same problems as most notebooks and that is non-existent bass and very little in the way of definition and clarity. On the flip side, the speakers were fairly clear and could handle high volumes quite steadily with little sign of cracking and distortion.