How does it perform?

The unit that we tested is the rose gold model with a Core i7-8565U processor with 16GB of RAM and 512GB SSD. Like its predecessor, the XPS 13 is a strong performer and was consistently amongst the top performers in our tests. Its graphics performance was particularly impressive. It won’t beat notebooks with discrete graphics chips but it managed to eke out the more performance from Intel’s integrated GPU than its rivals and that’s something. For those of you interested in the specifics, take your time to study the charts below.

Here are the charts 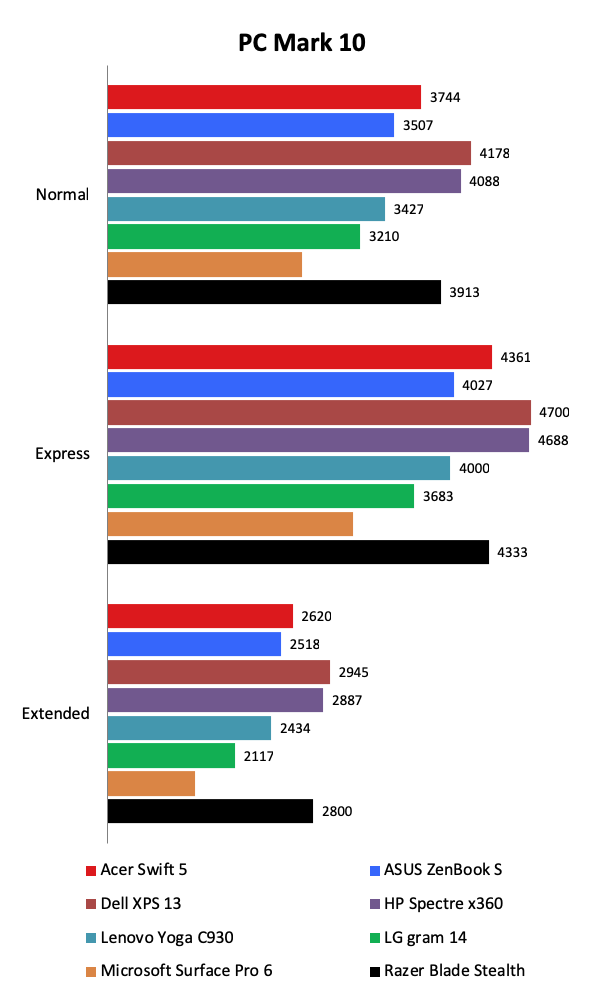 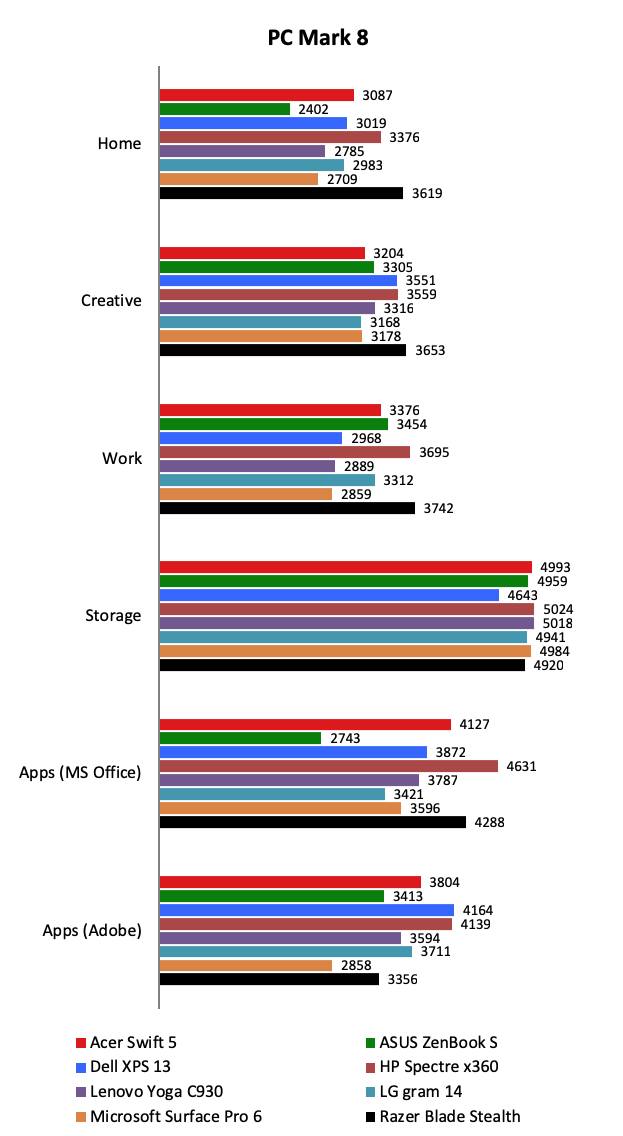 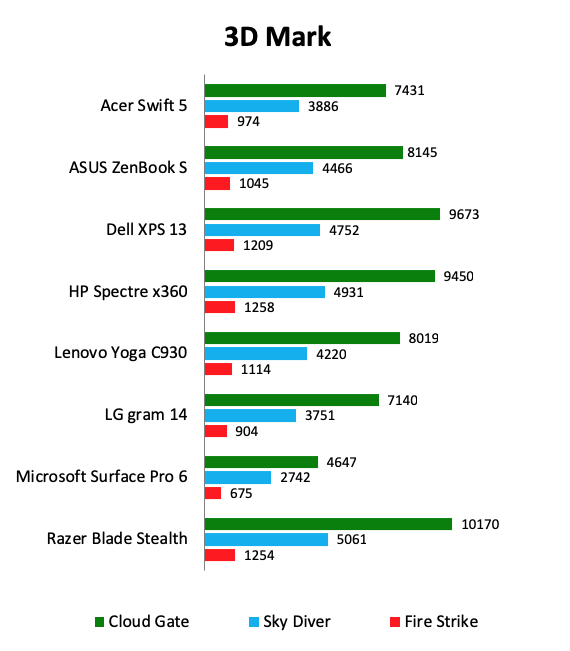 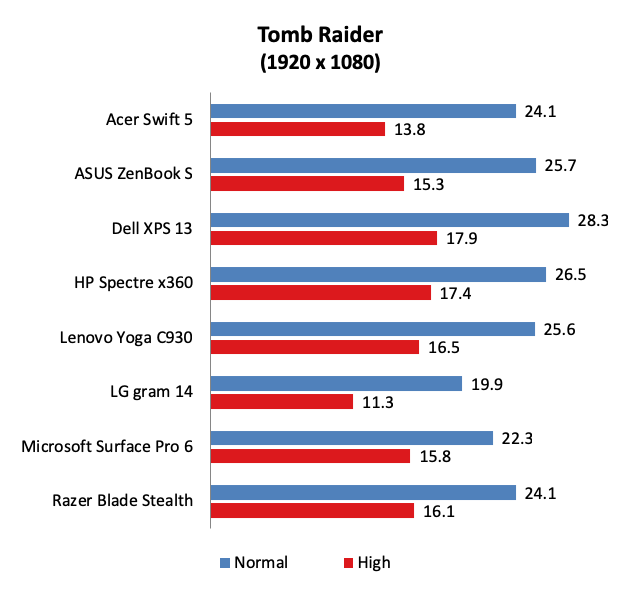 Battery life is great. In absolute terms, it managed the second longest battery life amongst all of the modern ultraportable notebooks that we recently tested. 261 minutes or 4 hours and 21 minutes may be a long way off the LG’s incredible 490 minutes but it is no slouch. And lest we forget, the XPS 13 has a 4K display. Diving deeper, we can see that its power consumption is a fairly low 11.95W. Again, this is impressive because the Yoga C930 - which also has a 4K display - has a much higher power draining rate of 19.05W. 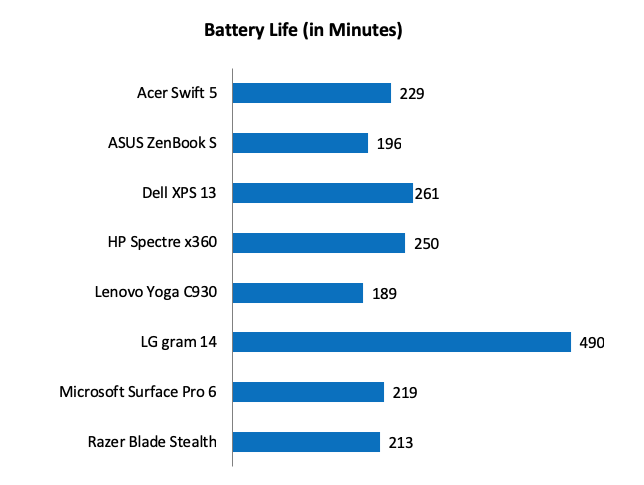 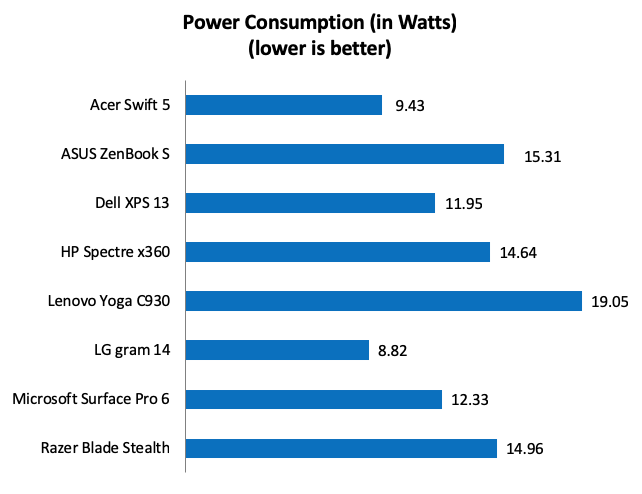 How does it fare on our Portability Index?

Long-time readers should be familiar with our Portability Index, which is a ratio generated by taking into account a notebook's battery life and its weight and dimensions. The XPS 13 managed a ratio of 5.07, which is, again, second only to the LG gram 14. What’s more interesting is that this is higher than its predecessor’s ratio of 4.86. So in other words, the new XPS 13 is not only more powerful but it is more portable overall because it has a longer battery life. 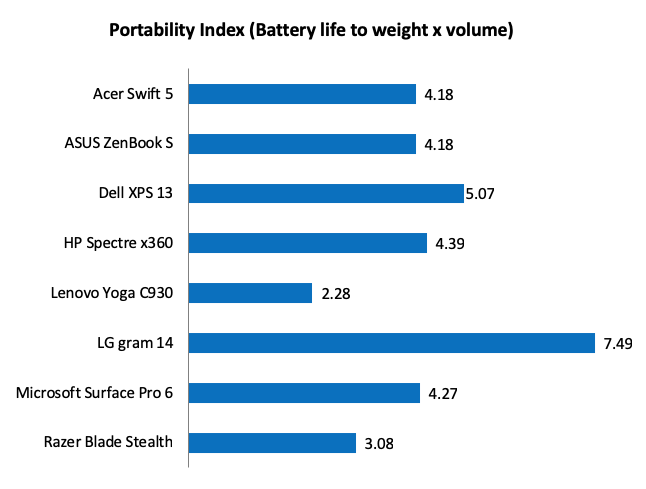 Is this the XPS 13 perfected? 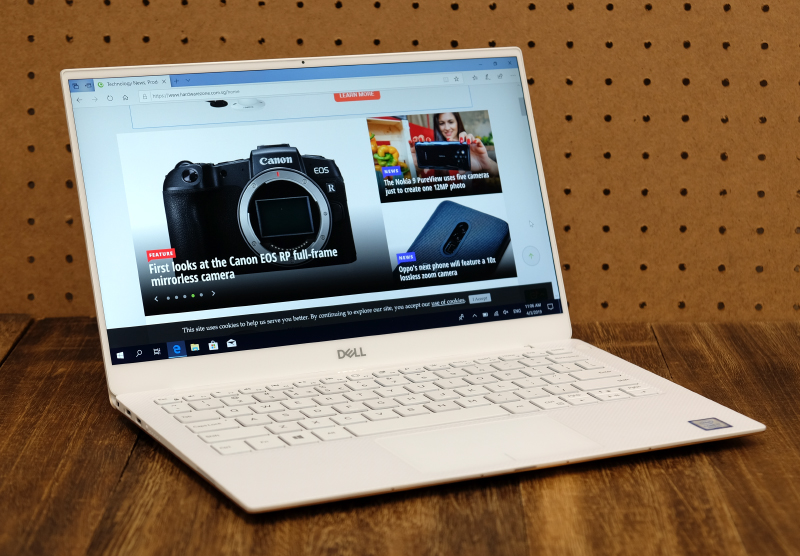 If perfection is defined as the best that something possibly can be, then, yes, I would argue that this new model is the XPS 13 perfected. You could nitpick if you want but bearing in mind the limitations of present-day technology, I think Dell has done a very commendable job with the latest XPS 13.

The camera has finally been moved to the right position. You lose Windows Hello but this is more a limitation of current day camera technology than Dell intentionally withholding features. Besides, there's an integrated fingerprint reader for quick logins. One might also argue that the trackpad is a little small and I would have to agree. It is small in comparison to some rivals but, again, look at the keyboard and trackpad carefully, there simply isn’t any space left. A larger trackpad would necessitate larger bezels around the display and I don’t think that’s a compromise anyone wants. Truth is, Dell has crammed as much as they possibly can into the XPS 13. 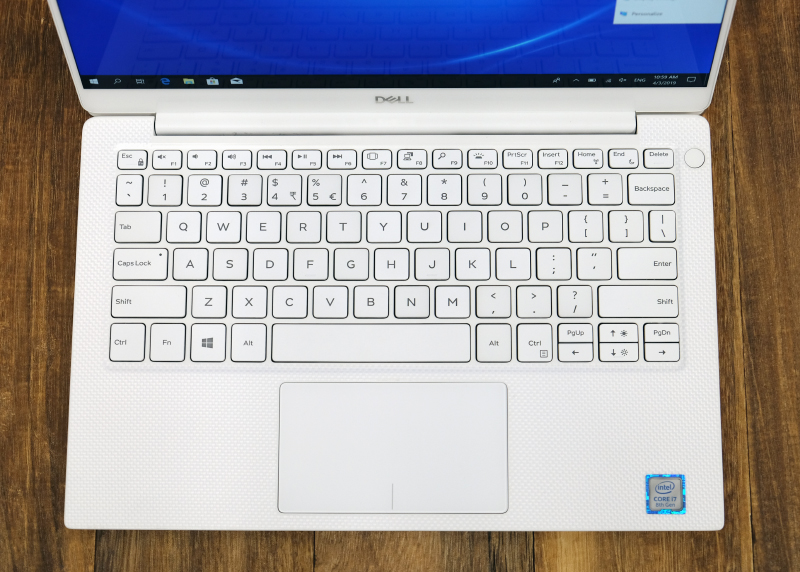 So in short, the latest XPS 13 is faster, better designed, has a longer battery life, and is cheaper too. If that’s not progress, I don’t know what is.