How is the performance?

The TLDR version is that the XPS 13 is a good performer. Thanks to its quad-core 8th generation Core processor, generous 16GB of RAM, fast PCIe-based SSD, and Gore-Tex cooling system, the XPS 13 turned in impressive numbers, especially in graphics-heavy workloads. For those of you interested in the specifics, scroll down and take your time to study the charts.

First up, here are the benchmarks used:

PCMark 10 - Let’s jump straight into PCMark 10. Unfortunately, the older XPS 13 model won’t run PCMark 10 no matter what I did. We are not quite sure why and this problem was replicated by other testers too.

At any rate, the new XPS 13 performance here was generally quite disappointing. On both the ‘Normal’ and ‘Express’ runs it was one of the poorer performing notebooks. However, it managed the highest score on intensive ‘Extended’ run, likely because the ‘Extended’ run includes many graphics workloads, which is where the new XPS 13 excels. 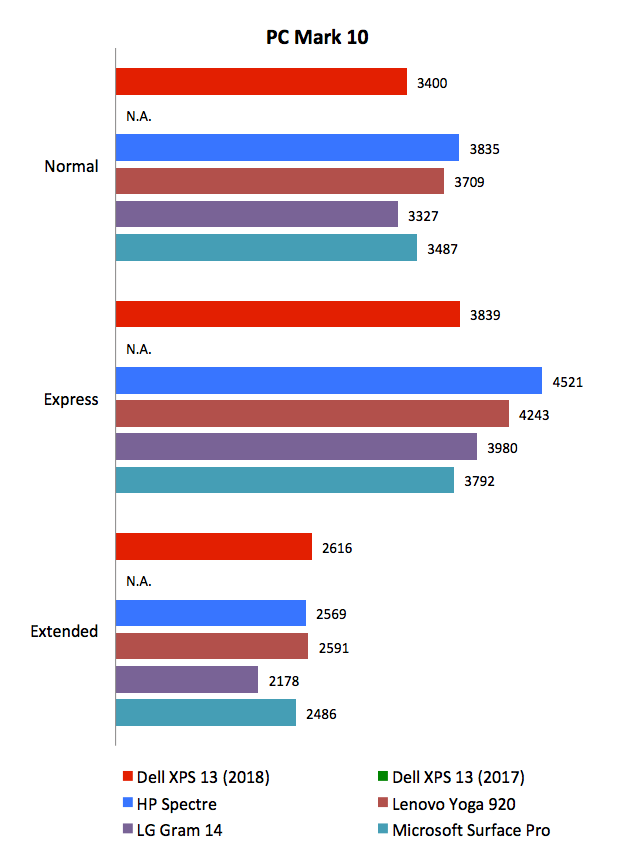 PCMark 8 - Things were looking up for the new XPS 13 on the older PCMark 8 benchmark. Apart from ‘Storage’, its scores were typically amongst the highest recorded. For example, it was the highest scoring notebook on graphics-intensive workloads like ‘Creative’ and ‘Apps (Adobe).’ 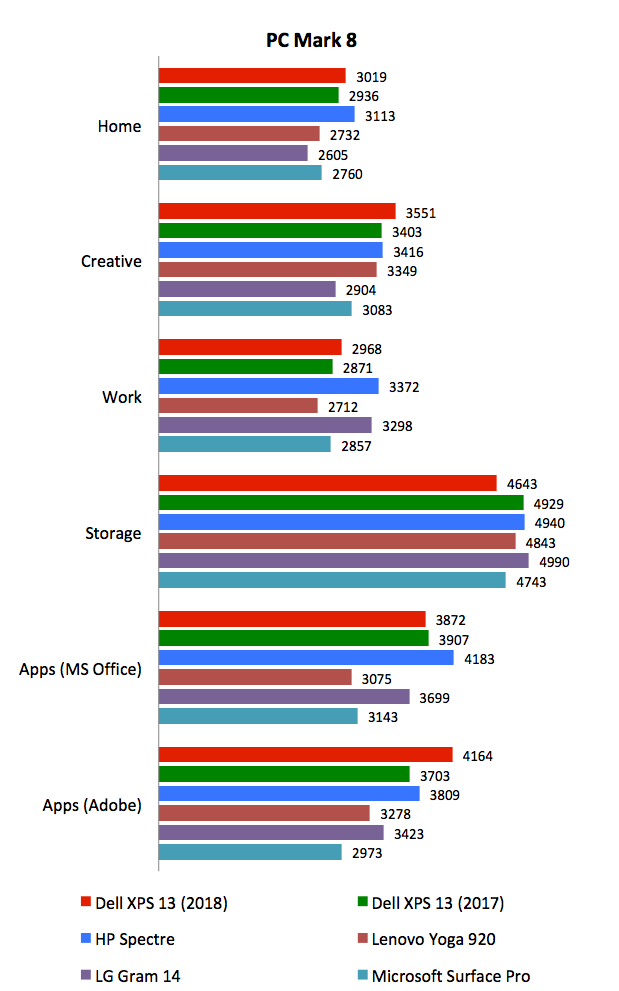 3DMark - On 3DMark, the new XPS 13 was easily highest performer. On ‘Cloud Gate’, it was the only notebook to record over 9,000 points. Overall, its scores were about 5% to 10% more than the model it replaces, which is a good sign. Most impressively, it managed to outperform the Surface Pro, which features a more powerful Intel Iris Plus Graphics 640 integrated GPU. 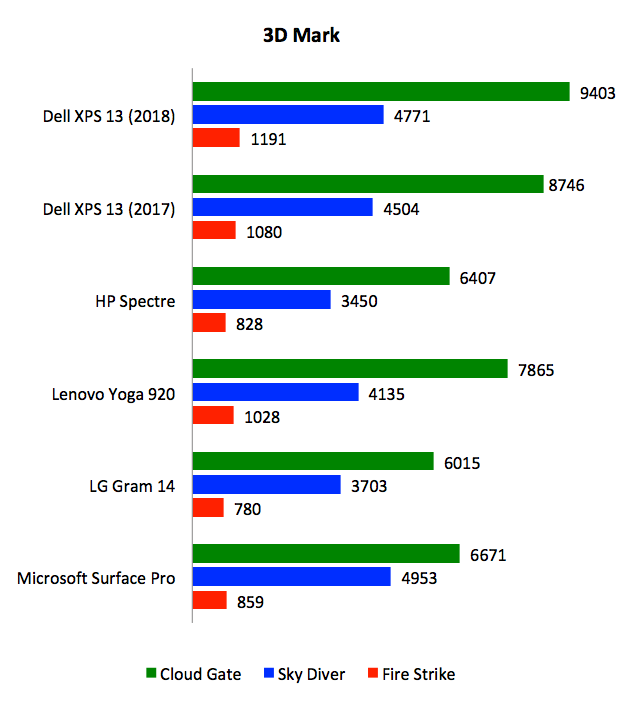 Far Cry 2 - The new XPS 13 was easily the best performer amongst notebooks powered by the Intel UHD Graphics 620. Compared to the old XPS 13, it was about 13% faster overall, which, considering the two are powered by the same processor, is a testament to the newer model’s better cooling system. Also, note that its scores are edging close to the Surface Pro that uses a superior integrated GPU. 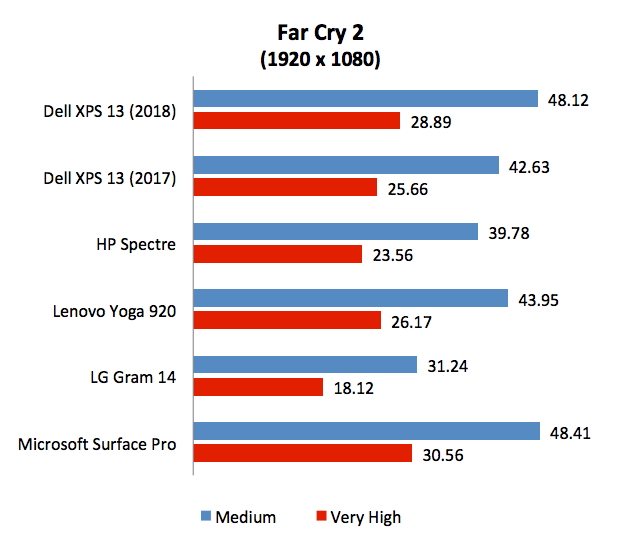 Tomb Raider - Again, the new XPS 13 was handily the fastest notebook powered by Intel UHD Graphics 620. Only the Surface Pro, which features the more powerful Intel Iris Plus Graphics 640, was faster. 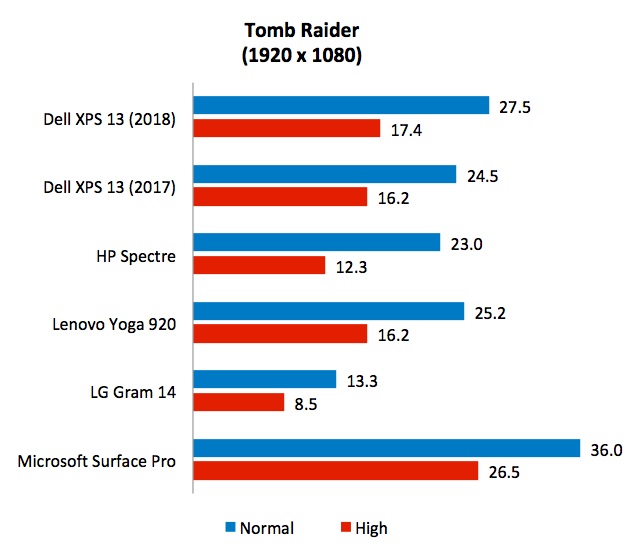 So it’s powerful, but what about battery life?

The new XPS 13 lasted 4 hours and 6 minutes in our battery, which consists of a multitude of tasks such as word processing, email, web browsing, video conferencing, and light gaming. This is about the same as last year’s model, which is admirable considering it comes with a more power-draining 4K display. Moreover, let's not forget that this year's model has a smaller battery - 52Wh vs. 60Wh. In other words, the new XPS 13 has a lower power consumption than last year's model. 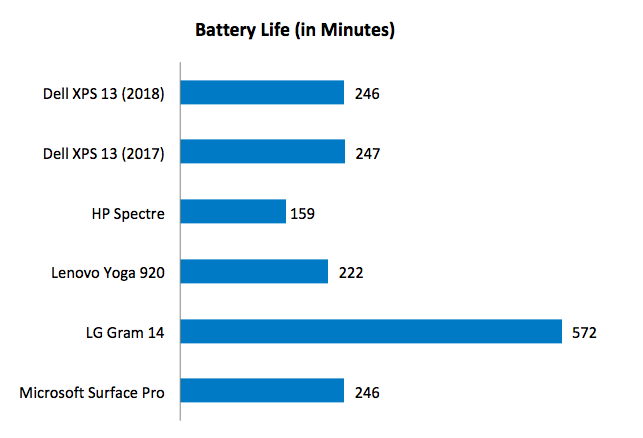 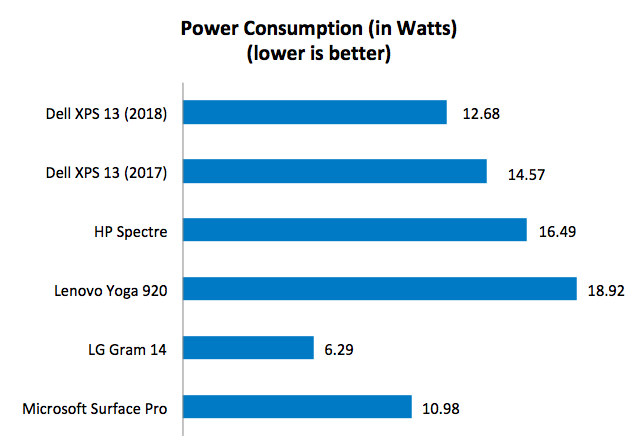 How does it score on the Portability Index?

Long-time readers should be familiar with our Portability Index, which is a ratio generated by taking into account a notebook's battery life and its weight and dimensions. The new XPS 13 managed a ratio of 4.86, which is considerably better than last year's model, meaning that it is much more portable. In fact, the new XPS 13 is only bested by the LG Gram 14. 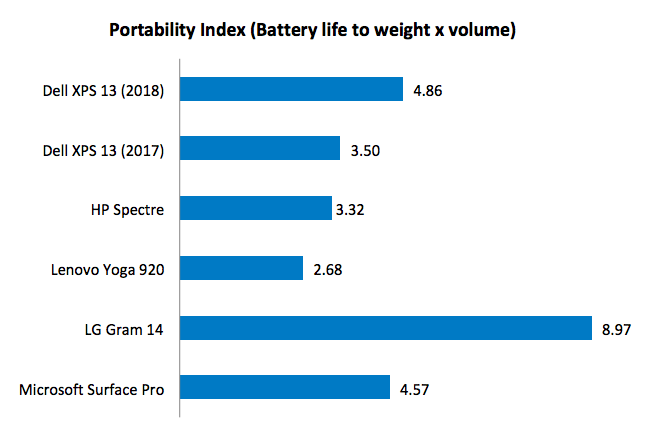 So, is the new XPS 13 still one of the best Windows notebooks? 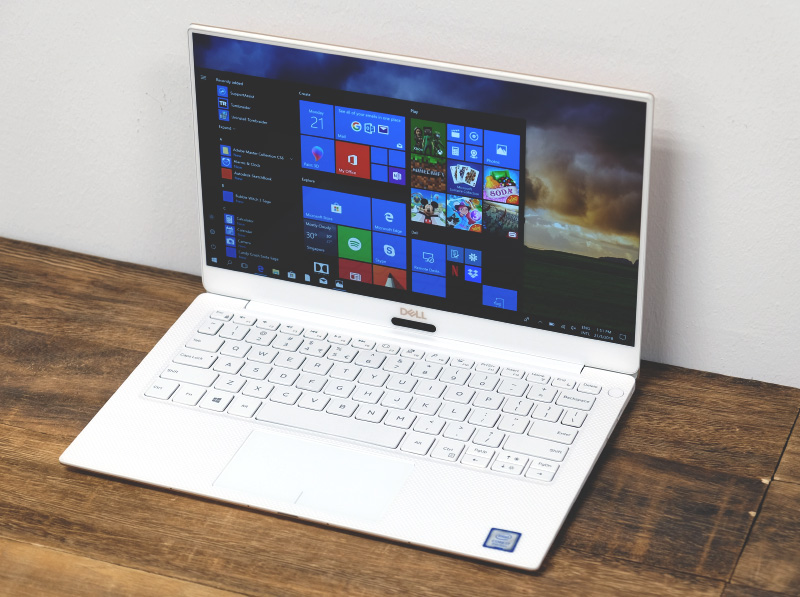 Yes, the new XPS 13 lives up to the reputation of the model that it replaces by being a very fine Windows notebook. There’s a lot to like about the notebook, but let’s get the bad stuff out of the way first.

The new cooling system works, but it does so at the expense of being noisy. You won't need to check to check the Task Manager to see if your notebook is working overtime, you can hear it from the fans. Fortunately, the fans aren't as trigger-happy as some other notebooks whereby they spin all the time. Nevertheless, if you are running something that is computationally taxing, like editing videos or large batches of images, you might want to reach for your earplugs. 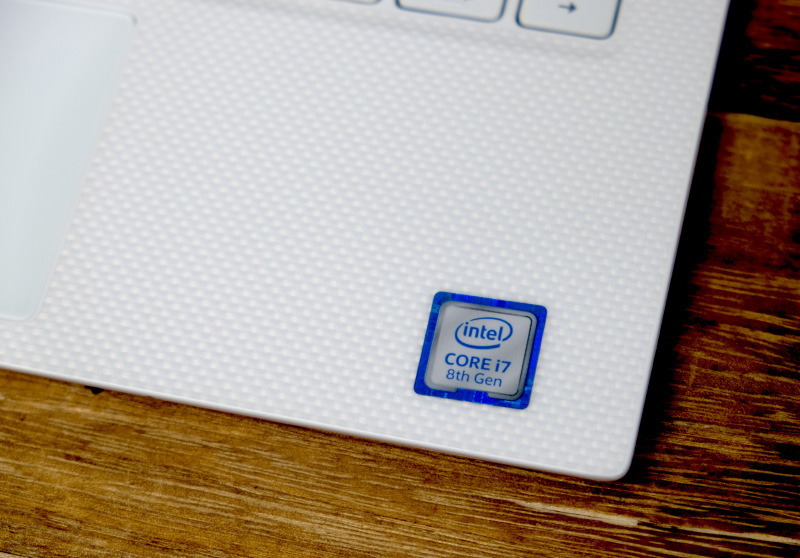 Those for me were the biggest issues with the XPS 13. Some other minor niggles include the position of the webcam, which I feel can’t be helped given that the bezels are so thin; and the lack of full-size USB-A ports and SD card reader, which is also unavoidable if you want a slim chassis. Besides, Thunderbolt 3 ports are so much more versatile.

Oh, it is a little pricey too. The base model starts at $2,099. And if you want all the option boxes ticked, you are looking at S$2,949. The only consolation is that the base model is decently spec'ed with a Core i5 processor, 8GB of RAM, and a modest, but usable, 256GB SSD. 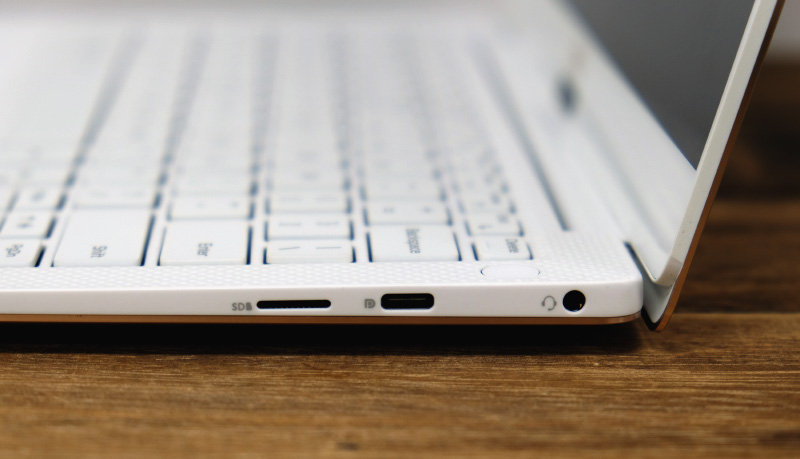 At any rate, these shortcomings are comfortably overshadowed by the good things of the XPS 13. To begin, performance is stellar especially when it comes to graphics workload, and much of this can be attributed to its new cooling system. The display is stellar and it looks even more stunning thanks to those almost non-existent bezels. Styling might be a little conservative for some but the build quality of the XPS 13 is faultless. Battery life and portability is easily one of the best in its class too.

So once again, yes, the new XPS 13 from Dell is easily one of the best Windows notebooks around and comes highly recommended.