To evaluate the Dell XPS 13 2-in-1, we will be comparing its results from our benchmarks against other new and portable ultraportable notebooks such as the recently reviewed HP Spectre x360, ASUS ZenBook 14 UX434 , Lenovo Yoga S940, and Microsoft Surface Pro 7. 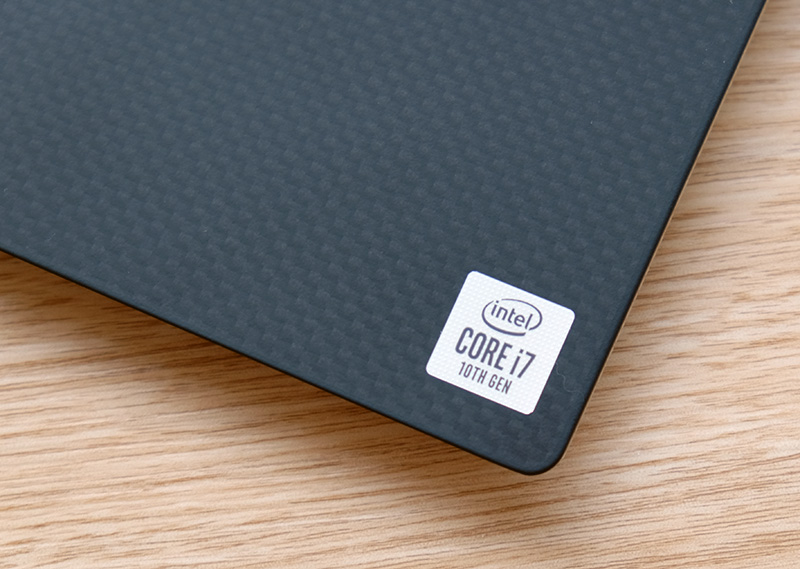 Its most obvious rival is HP’s Spectre x360. Both are convertible notebooks, built to a high level of fit and finish, and have comparable specifications. Here are the configurations of all the notebooks we tested and how they stack up.

The Dell XPS 13 2-in-1 was a strong performer. Its general computing scores in benchmarks like PCMark 10 were slightly above average. Its CPU scores on Cinebench R20 was very good as it recorded the highest scores amongst all the notebooks. Its graphic performance wasn’t shabby either as evidenced by its 3DMark and Tomb Raider scores. In fact, if gaming is important to you, it’s worth noting that the XPS 13 2-in-1 was about 15% faster overall compared to the Spectre x360. It’s only blemish was its poor score on WebXPRT 3, but the difference – only around 5% – isn’t something I would be concerned about. 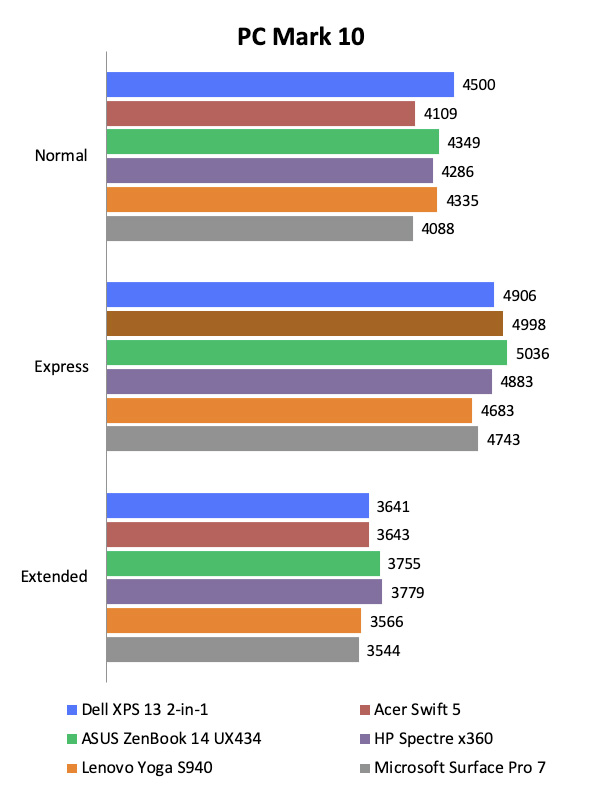 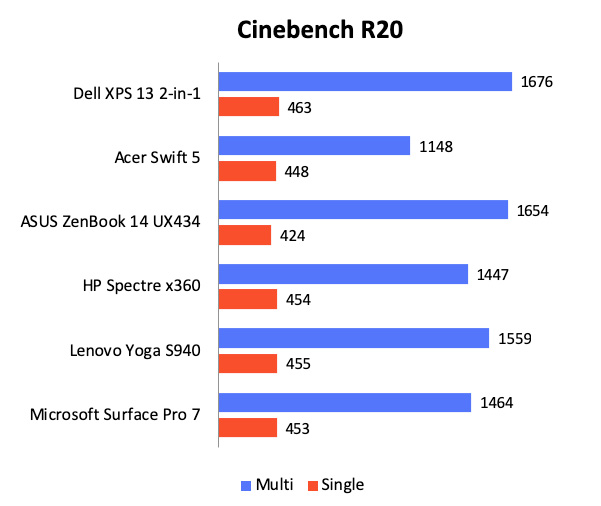 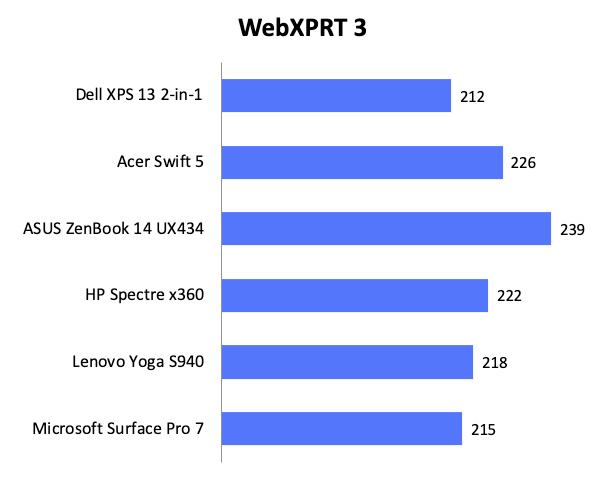 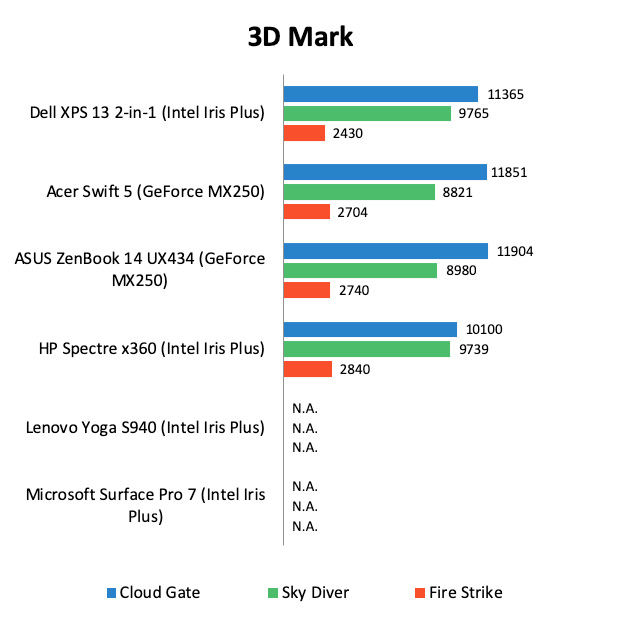 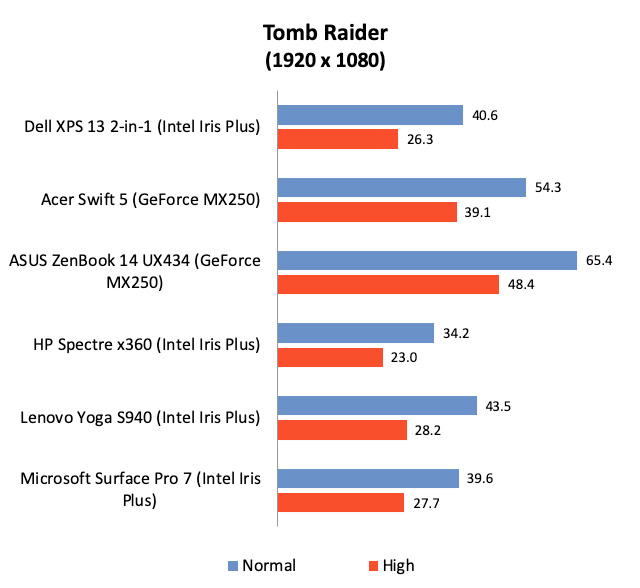 Our battery life test consists of running PCMark 10 on two workloads – Modern Office and Gaming – with the screen brightness set to 100%. Here are what the two workloads cover: 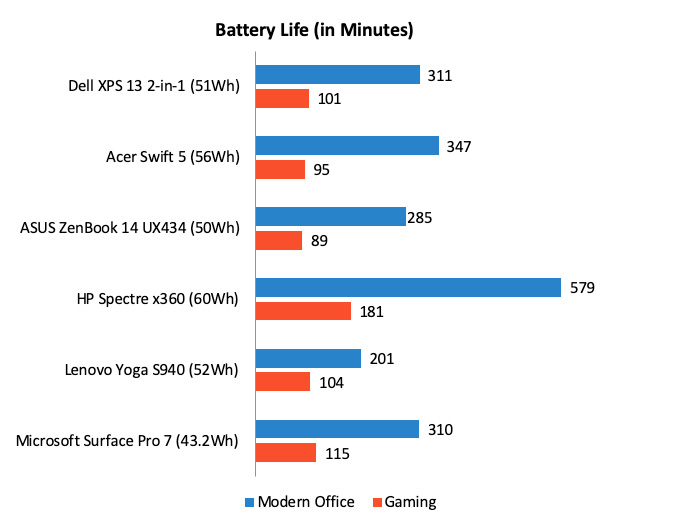 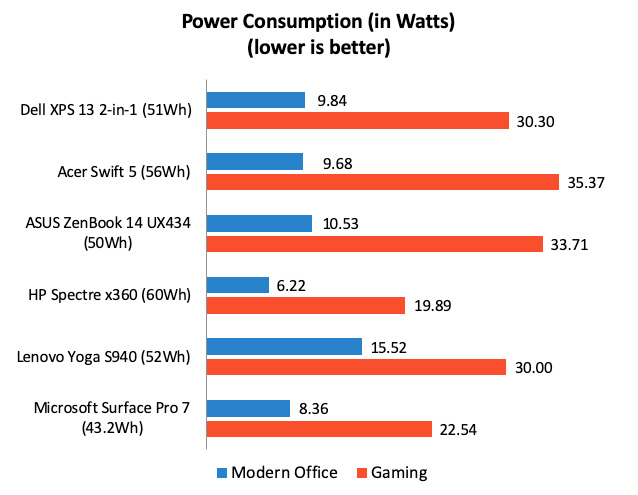 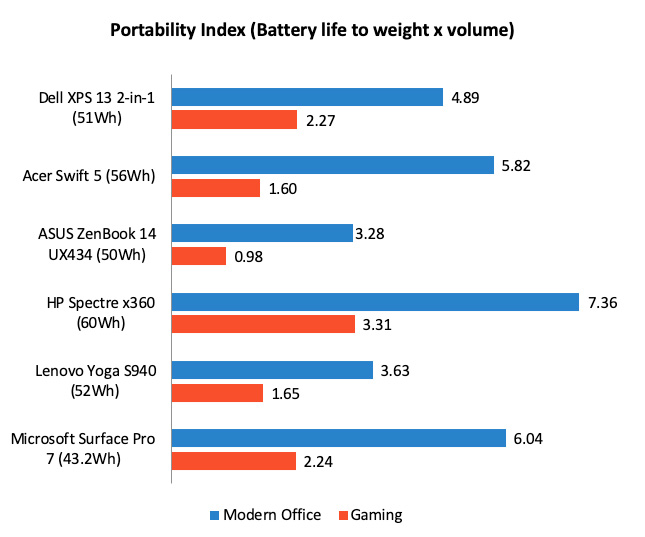 The one you've been waiting for 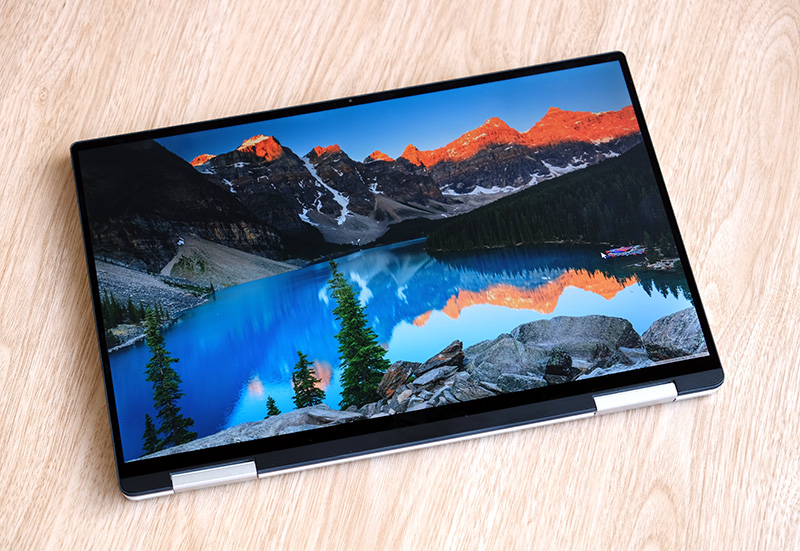 This new Dell XPS 13 2-in-1 is a massive step up from its predecessor. The new model retains much of its predecessor's svelteness but it's much more usable because it now has a full-fat Core processor. All things considered, it's truly is one of the best ultraportable notebooks you can buy. Now, if that sentence seems familiar to you, that’s because I said the same of HP’s Spectre x360.

The fact is that the two have a lot in common. Both are compact and slim, built and finished to high standards, and are powered by the latest 10th generation Core processors. Where the XPS 13 2-in-1 excels is in its sleeker design. The Spectre x360, in comparison, by virtue of being thicker, feels a bit clunky when compared to the more elegant XPS 13 2-in-1. In this rarefied space of high-end convertible notebooks, every millimetre matters.

The XPS 13 2-in-1 is also the better performer. While the two are mostly comparable in general computing tasks, the XPS 13 2-in-1 has the lead when it came to more graphics-intensive workloads and gaming.

The Spectre x360, on the other hand, counters with its versatility and practicality. It’s one of the few high-end ultraportable notebooks today to come with a full-size USB-A port. It also has a better keyboard and a much longer battery life. 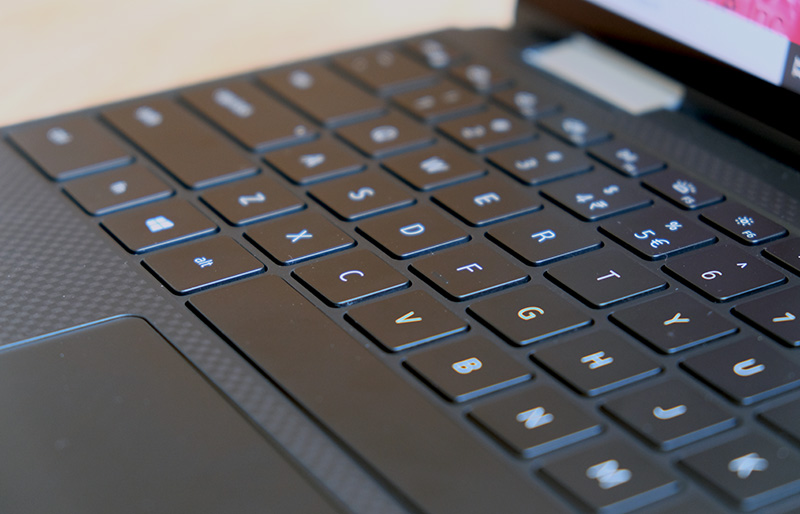 Dell has made incremental improvements to its XPS notebooks in recent years and the newest XPS 13 2-in-1 is easily the best XPS convertible notebook yet. It’s a very accomplished ultraportable and convertible notebook – easily one of the best – but it faces stiff competition. If performance and design are your utmost concerns, go for the Dell XPS 13 2-in-1. But if I had to pick one to buy with my own money, I’ll go for the more practical and more value for money Spectre x360.