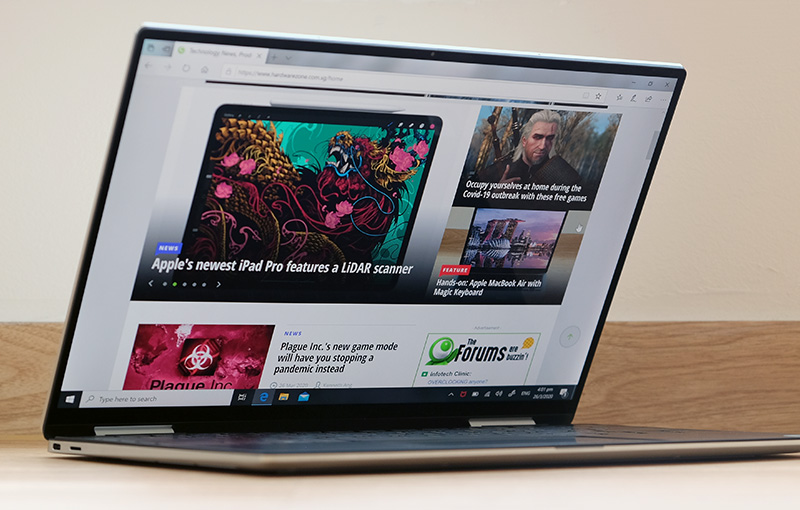 The first convertible XPS 13 notebook was announced three long years ago at CES in 2017. Its design closely mirrored that of the standard clamshell XPS 13 and so it had an InfinityEdge display and unbelievably compact (for its time) dimensions. However, it never really caught on because of its high price and the fact that it was powered by a low-power Y-series processor.

Fortunately, Dell has fixed one of the problems. It’s still a pricey notebook but at least it now comes with a proper full-fat Core processor. The XPS 13 2-in-1 is available in four configurations, with the difference being the amount of memory, storage, and display. All four are powered by the same 10th generation Ice Lake Intel Core i7-1065G7 processor. Here are the four configurations:

The model we are testing is top-of-the-range FHD+ display that comes with 16GB of memory and a 512GB SSD. 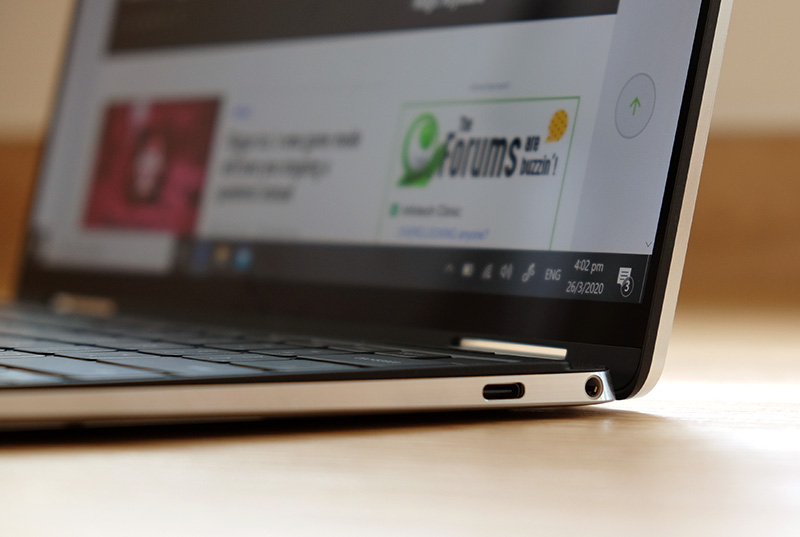 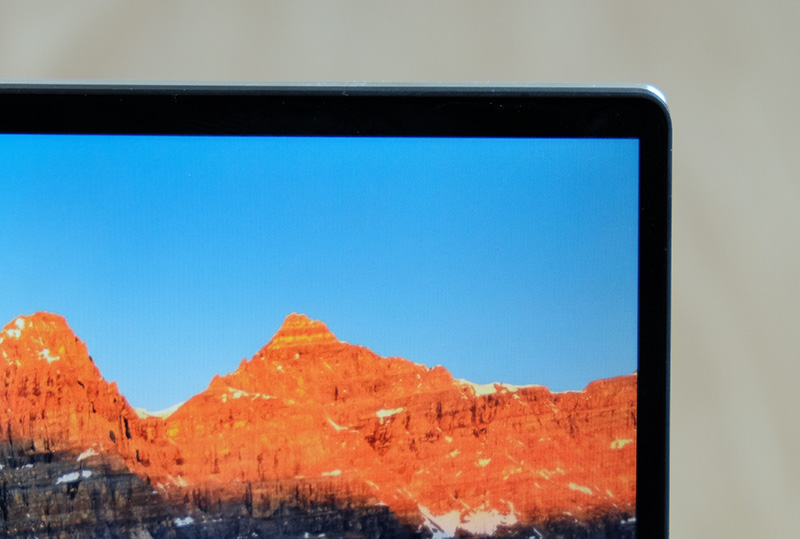 Even though Dell’s InfinityEdge display has been around for some time now, it’s still a sight to behold as Dell continuously makes its notebooks’ bezels thinner. Those thin bezels make the display look more dramatic and it helps that the display itself is brilliant, with sharp visuals and vibrant colour. Interestingly, unlike its rivals, Dell has decided to go with a 16:10 aspect ratio display for the XPS 13 2-in-1.

There are two choices for customers, a lower resolution display that Dell calls “FHD+” that has a resolution of 1,920 x 1200 pixels and a higher resolution option called “UHD+” that has is 3,840 x 2,400 pixels. Regardless of your pick, both displays measure 13.4 inches across and touch-enabled. 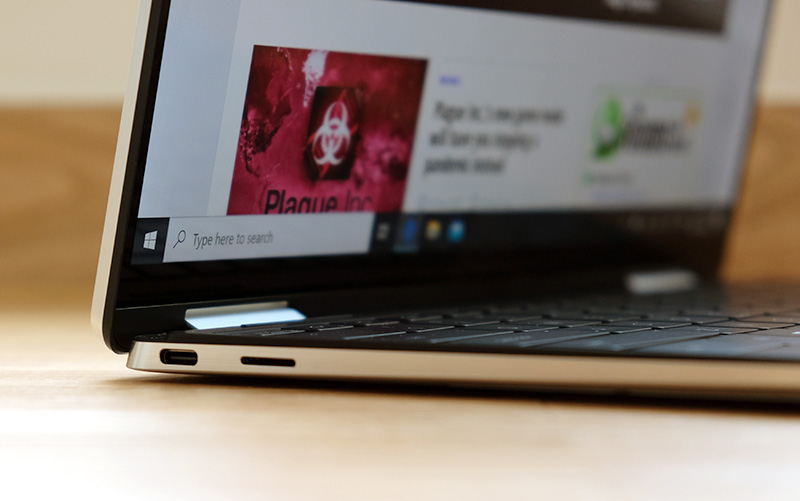 Because of the XPS 13 2-in-1 is so thin, it’s a bit thin on ports. All you get are two USB-C Thunderbolt 3 ports, a 3.5mm headphone/microphone audio combo jack, and a microSD card reader. The downside is that you’ll probably need dongles if you want to use the XPS 13 2-in-1 with your existing USB peripherals. The upside is that the USB-C ports support Thunderbolt 3, so they are versatile and future-proof.

As for connectivity, like most of the newest ultraportable notebooks, this new XPS 13 2-in-1 supports the newest Wi-Fi 6 standard. 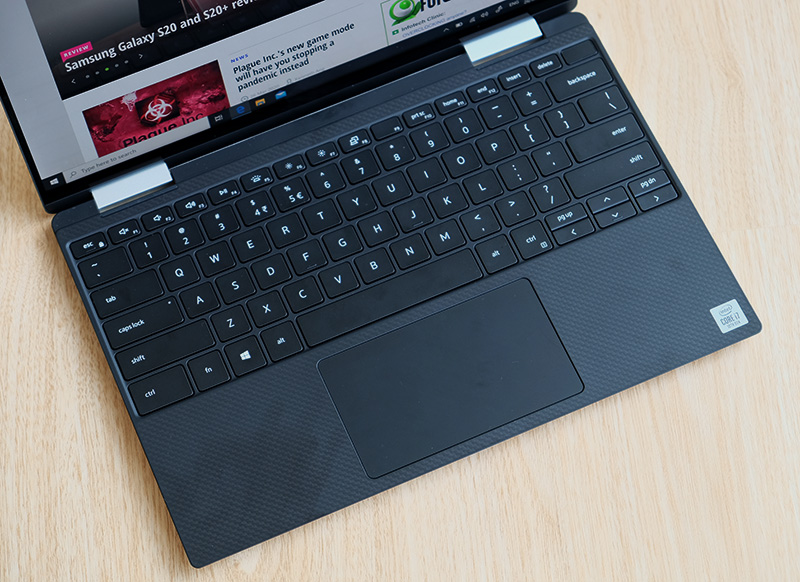 The latest XPS 13 2-in-1 uses what Dell calls its “next gen Maglev keyboard.” It’s a mechanism that uses magnets to control actuation and provide feedback. According to Dell, the new XPS 13 2-in-1’s keys have about 0.7mm of travel, but because of the magnets, it can create the sensation of a keyboard with greater travel. To me, they feel eerily similar to Apple’s much-criticised butterfly switch keyboards. There is a strong tactile feel to the keys, but they also have little travel and bottom out easily especially you type with heavy strokes like I do. Since I’m fine using Apple’s butterfly switch keyboards, I’m fine using this keyboard as well. That said, I can see some people hating this keyboard because of its lack of travel. 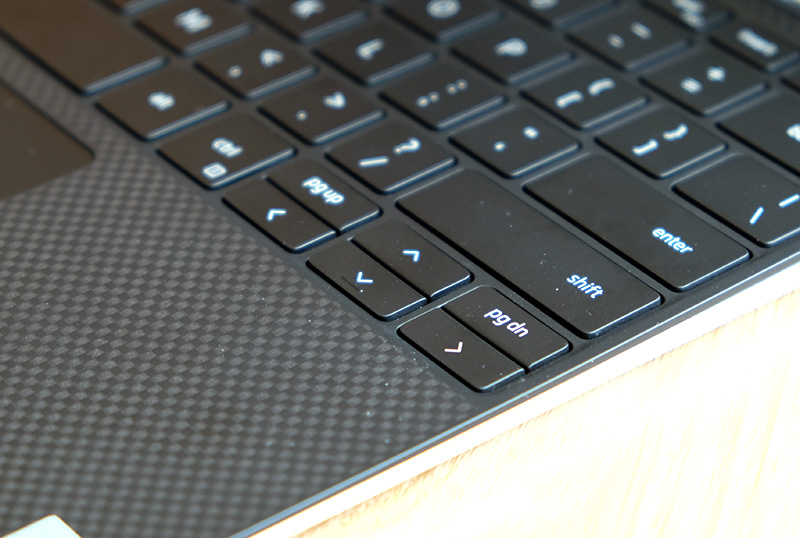 The configuration of the keys are mostly conventional except for the arrow keys. The arrow keys themselves are half-height and Dell has chosen to squeeze the Pg Up and Pg Down keys above the left and right arrow keys respectively. Some people will appreciate the convenience, while others might find that it gets in the way. Either way, this is a mostly a subjective thing, but something worth taking note of if you are fussy about the layout of your arrow keys. Before I move on to the trackpad, it's also worth mentioning that the power button in the top right corner doubles as a fingerprint scanner for quick Windows Hello logins.

The trackpad, on the other hand, is commendable. I measure it at 11.2cm in width and 6.7cm from top to bottom. Compared to its predecessor, the trackpad has gained about 0.7mm in width and height. While that may not sound like much, it actually means a 19% increase in size. In the real world, it’s a much more usable touchpad, especially if you are the kind who likes to use a lower cursor speed. It’s also a Precision trackpad, so it’s fast, fluid, and responsive.