When it comes to differentiating a phone from a smartphone, it's easy. The former performs basic cellular functions, with little emphasis on convergence. The latter, usually armed with a high-powered processor, fast acting HSDPA connectivity and a suite of hardware features such as a decent camera and GPS functionality, have become a common sight over the years.

So, when the Dell Streak was announced, we were finding it hard to place a category on it. It has the characteristics of a smartphone, sharing the same hardware specifications from the likes of Apple's iPhone 4 to the HTC Desire, except for one glaring difference - it's display size. Over the years, smartphones have breached the display size limit, moving beyond the 3-inch and 4-inch sizes to what the HTC Desire HD and HD7 have on their 4.3-inch capacitive display. The Dell Streak, housing a 5-inch display, is a size that brings it closer to the tablet genre such as the Samsung Galaxy Tab and the Apple iPad. In comparison, the earlier two tablets are very clear on their demographics. So what is the deal with the Streak? Is it a smartphone or a tablet?

First and foremost, does the Streak fit snugly in our pockets? Jeans are definitely okay as we found out by fitting it in our deeper jean pockets over the testing period. For the ladies, this device will probably find a more suitable spot in your handbags. A fair bit of warning, try not to drag the Streak out of your pockets or bag. The rear casing tends to nudge out quite easily, and if you aren't careful, you might misplace it as you pull the Streak out.

What about usability? We would suggest this to be a two-handed operation, even for those with 'mannish' hands. In the portrait orientation, our thumbs needed to stretch quite a fair bit since the size of the unit is larger than the average phone. Is one handed operation even possible? We gave that a shot, but a short few minutes later, we conceded defeat and opted to use both hands for ease of use. 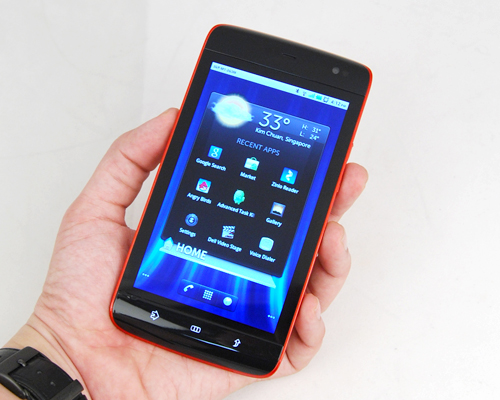 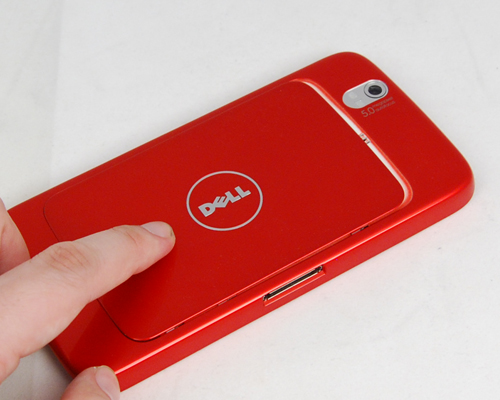 Now that we've come to terms with how we should handle the Streak, its 220g weight is now much more manageable with both hands. Its profile is relatively slim, keeping most of its edges clean of buttons. Given that the landscape orientation is the default view, we used that as the reference point. You'll find most of the buttons at the top. This includes the volume, power and camera button. The volume button threw us off slightly, for the fact that we would have expected its up button to be the one on the right. Instead, it follows a portrait orientation, leaving the left button as the option to increase volume. To prevent more confusion, we noticed a bump placed on the up button. Unfortunately, its remaining buttons are too flushed with the device, which took us some effort to locate and use the power and camera button with ease. 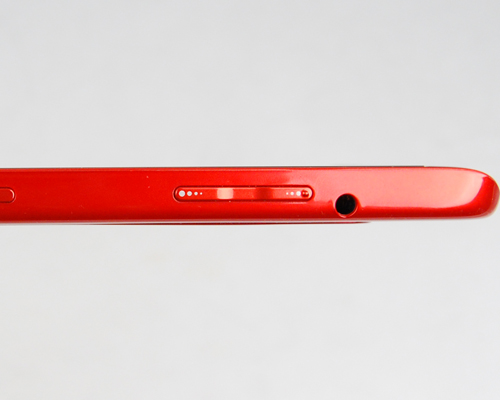 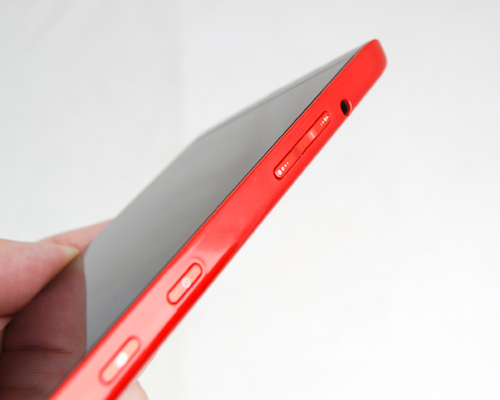 Physical buttons are kept to a minimum on the Streak, and in lieu of that, we have a touch panel for its three main shortcut keys - home, menu and back. Once again, it's apparent that the default orientation is under landscape, as seen from how the home and back button are orientated. Touch panels need to strike a balance when it comes to sensitivity, and the Streak didn't quite manage to get that right. You'll need to hit the 'touch-buttons' on the right spots to actually get it working, and this was, frankly, quite frustrating to us.

Similar to the iPad and Galaxy Tab, the Streak opts for a 30-pin USB connector instead of the usual microUSB option on smartphones. We wonder if this is a standard that's implemented on devices designated as tablets. Whatever it may be, if you are upgrading to the Streak, you'll have to ditch your old microUSB cables or chargers aside and stick to the bundled 30-pin connector instead. 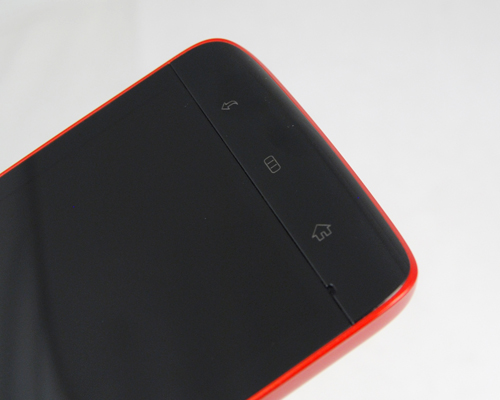 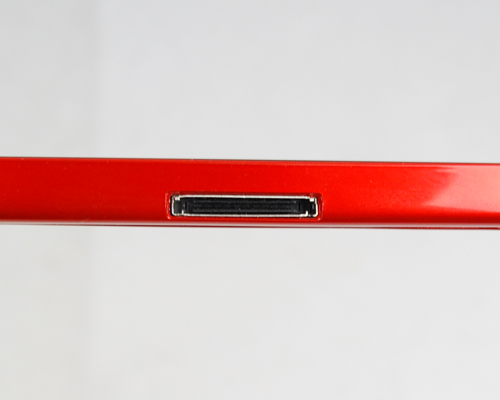