Dell 32 Curved Gaming Monitor review: Made for both work and play

Dell 32 Curved Gaming Monitor review: Made for both work and play 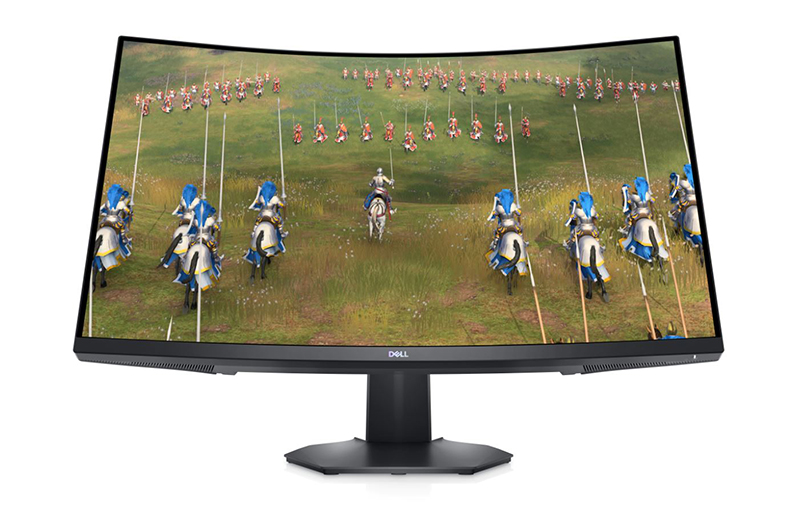 The Dell 32 Curved Gaming Monitor is a no-frills screen tailored for both work and play. This isn't a high-end monitor that will wow you with retina-searing brightness levels or ultra-high resolutions. Instead, it is a jack of all trades that focuses on nailing the fundamentals, making it a reliable workhorse for both games and documents.

This monitor series has two variants, the S3222HG and S3222DGM. Our review unit is the former and has a 31.5-inch VA panel with a modest 1,920 x 1,080-pixel resolution, which is somewhat pushing it for a monitor of this size. Coming from a 1440p screen of the same size, the drop in sharpness and image crispness was noticeable.

The 1800R curvature helps mimic a wraparound effect, but it obviously isn't as dramatic as some larger screens with more pronounced curvatures. The design is sleek and modern, with ultra-thin bezels on three sides. 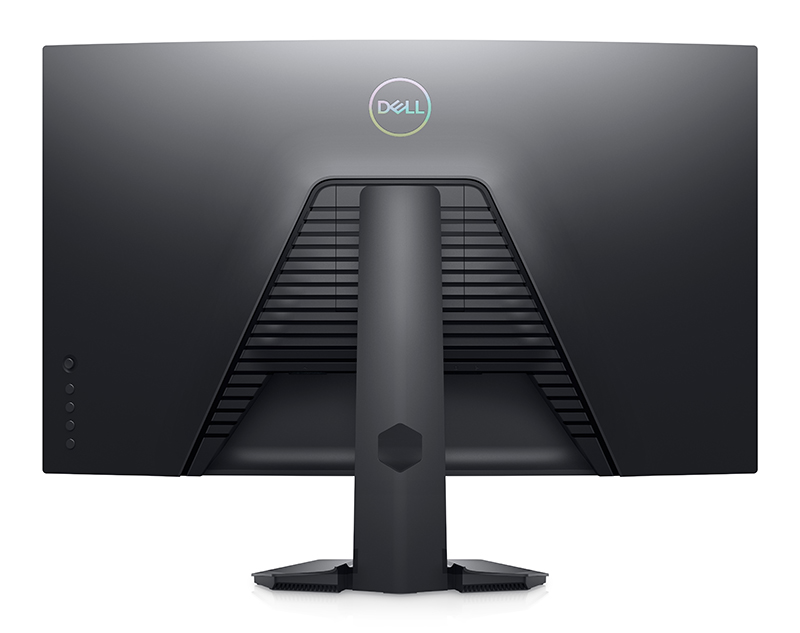 And if you're splitting your screen into two windows, websites will show up in mobile view instead of desktop as they would on a 1440p display. If you're working with a lot of documents, a higher resolution display might serve you better, which the S3222DGM edition can better accommodate as it has a 1440p resolution.

Back to our S3222HG model, the FHD VA panel performs pretty well in terms of colour accuracy when tested with the Datacolor Spyder X Elite. It supports 100% of the sRGB colour space when tested, in addition to 89% of the DCI-P3 gamut. It's a solid choice for watching movies and even tasks like photo and video editing.

The high 3000:1 contrast ratio makes colours really pop, and everything from Netflix to games appeared incredibly vivid. This also translates to pleasingly deep blacks that we've come to expect from VA panels.

The scorecard generated by the Spyder X Elite gives it a solid overall rating, especially in terms of colour accuracy, gamut, and tone response. Luminance uniformity could have been better, however, and there was some divergence in terms of brightness levels in different areas of the screen. 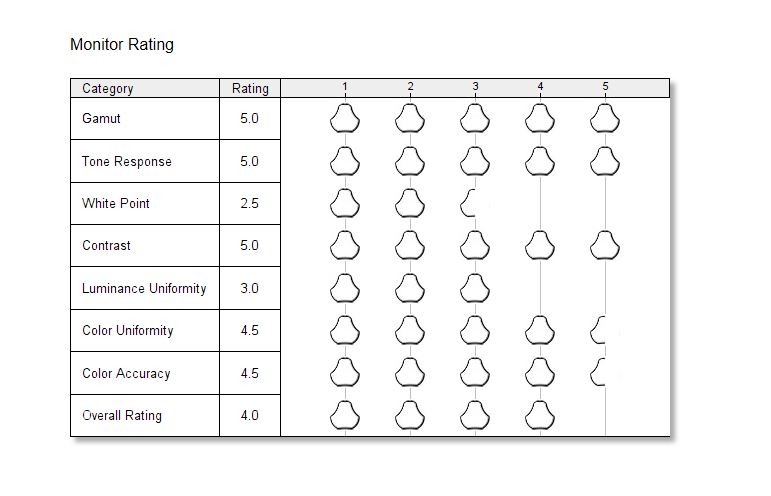 On the gaming front, the 165Hz refresh rate and 1ms Moving Picture Response Time (MPRT) make it a good fit for twitch-reaction shooters as well, so everything feels fluid and responsive. In BlurBuster's TestUFO Ghosting Test, switching to MPRT mode reduced motion blur significantly, helping the moving images appear far crisper. However, this also resulted in noticeable coronas around each image.

The screen also supports AMD FreeSync Premium (more on this over here), which is the middle tier of AMD's variable refresh rate tech. This means there is support for low framerate compensation (LFC), which allows FreeSync to work even when the framerate falls below the minimum refresh rate of the display. It does this by duplicating frames and displaying them multiple times, so they can sync to a refresh rate that is within the display's refresh rate range.

The OSD interface is simple and easy to navigate using a joystick and three buttons, with clear options for adjusting brightness and contrast levels, input source, display presets, and more. There is also a dedicated Game Enhance Mode, which lets you toggle on a countdown timer, frame rate counter, and alignment marks for when you have more than one monitor. Unlike some other gaming screens, however, there is no crosshair option available. 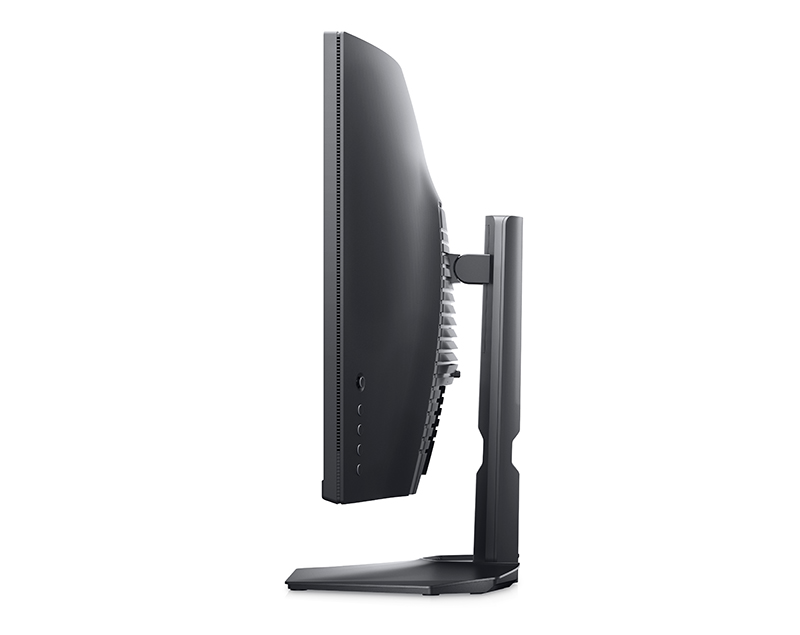 One downside to the screen is the lack of pivot adjustments. You can only tweak the height and tilt angle, but there is no way to move the screen from side to side. This may not be a big deal if you're using it as your primary display, but those using this as a secondary screen might miss having more flexibility in terms of adjustments. Still, we're glad height and tilt adjustments are available.

In terms of display inputs, you get two HDMI 2.0 and one DisplayPort 1.2 connector. There is also a 3.5mm headphone jack, and you can control the volume of connected headphones via the OSD. 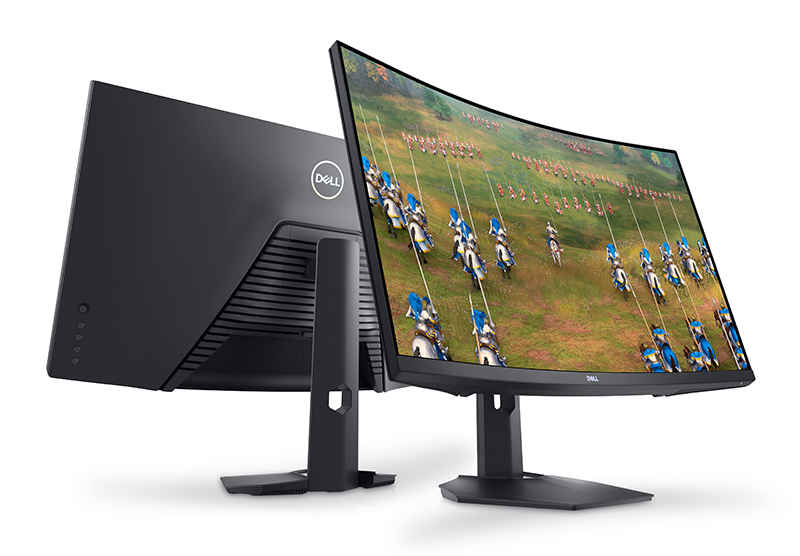 At S$494 (offer price at the time of publishing with a regular SRP of S$549), the Dell 32 Curved Gaming Monitor offers a good bang for its buck. It's relatively affordable in the grand scheme of gaming monitors, all while providing solid performance for both work and play. It's got an expansive 31.5-inch screen, 165Hz refresh rate, and excellent colour accuracy, which pretty much checks most of the important boxes.

High contrast levels deliver vivid images that bring to life an assortment of movies and games, and it's difficult to find any serious fault with it if you want a big screen for games that's easy to drive (since FHD resolutions don't really require a lot of graphics horsepower to churn out high frame rates). If you're in the market for an affordable 31.5-inch display, you'll want to give this a look.

For those who need this single curved gaming monitor to work harder, mostly for improved multitasking and productivity, don't forget that the Dell 32 Curved Gaming Monitor is also available in a 1440p resolution model under the S3222DGM product SKU. Costing just a little more than the S3222HG edition we reviewed, this will give you the added flexibility for those who want to get more out of the 32-inch screen and with sharper text and images.

Write a Review
Compare This | Specifications
High contrast levels and deep blacks
Excellent colour accuracy
Good value for money
No pivot adjustments
Luminance uniformity could be better
Our articles may contain affiliate links. If you buy through these links, we may earn a small commission.
Sponsored Links