Death Stranding (PS4) Review: Kojima’s magnum opus is not for everyone 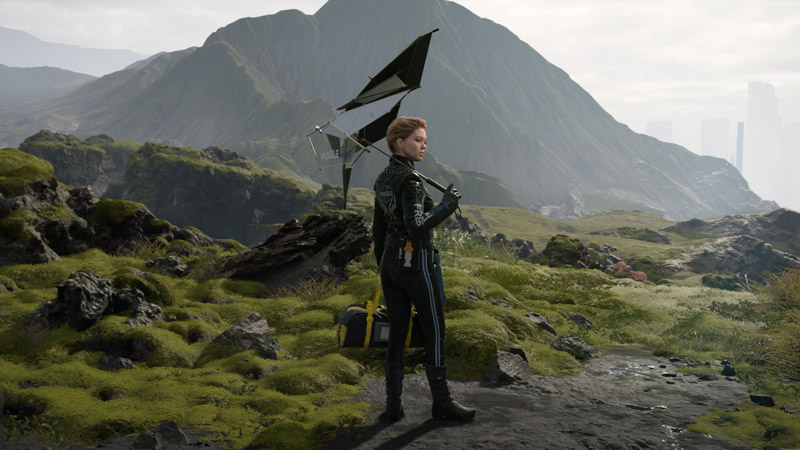 From its first reveal in E3 2016, Hideo Kojima has kept us guessing about the true nature of Death Stranding – his first AAA title after leaving his Konami and Metal Gear Solid days behind. For the next three and a half years, fans were treated to brain-twisting, jaw-dropping trailers of beached whales, babies in orange bottles, ethereal figures, and Mads Mikkelsen’s eyes oozing black goo, with nary an insight to what the game is about nor what you as Norman Reedus’ character Sam Bridges can do.

Well, thanks to an early review copy I can say with certainty that Death Stranding is at its heart, even its story, a fairly straight-forward game. Or at least as straightforward as anything you’d expect from Kojima. The problem here, however, is that as soon as you hear what Death Stranding is about, it begins to sound less interesting than you’d thought. Mostly because the majority of the time spent in the game is of you trekking relentlessly across the America continent to perform delivery jobs.

That’s right, Death Stranding is kind of a walking simulator with fetch quests.

But don’t let that fool you. Death Stranding is still an entertaining ‘Hideo Kojima game’. If you’re familiar with his past projects, expect the game to be filled with intrigues, plot twists, stealth mechanics and…plenty of long cut-scenes.

So, what is Death Stranding?

‘Death Stranding’ is a phenomenon that took place before the game’s timeline, when it caused the world of the living to become intertwined with the land of the dead. It’s never explicitly mentioned how the event happened, but Death Stranding effectively fractured the United States and the world; wiping out cities and almost all life. To make matters worse, when it rains, water known as ‘timefall’ rapidly ages anything it touches, and spirits of the dead known as beached things or BTs stalk the land and actively hunt the living. 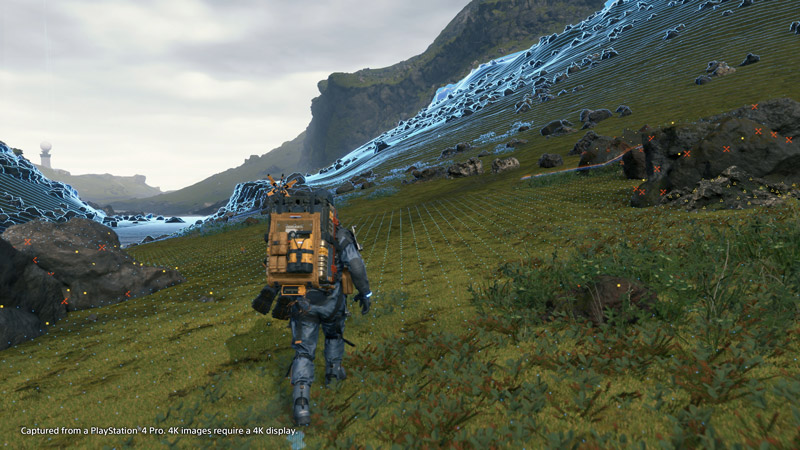 BTs are undetectable to most people and will attempt to drag anyone they encounter into the limbo they inhabit, causing a voidout with the power of a nuclear bomb, and leaving behind a huge crater. So what was once the United States have been reduced to a series of strongholds and survivor’s camps, and most of the actual functions of the US government are outsourced to Bridges – one of a few remaining companies that serves as combination mail service, telecom utility, and manufacturer for the now beleaguered United Cities of America.

So, it falls to a handful of porters like Sam Bridges to travel between these settlements and maintain a semblance of connection and identity between them. In practice, this means a lot of long journeys on foot or on wheels, with heavy cargo in tow.

Initially, Death Stranding’s barren world makes you feel the weight of every footstep, until the dizzy liberation of unlocking your first bike and whizzing along miles of broken ground in a heartbeat. Later on, you’ll find vans which stop your parcels degrading in the rain and upgrades that make a mockery of the game’s early simplicity.

The much-touted “strand” system is a form of collaborative online play, where you can share items with other players, leave pre-set warning signs, and contribute resources to construction projects. You never see your fellow porters, but their items and cargo litter your world. Building your first bridge sparks mild euphoria at never having to tiptoe across a wild river again. Later in the game, players can pool materials to form motorways, and reward players’ philanthropy with likes.