This is no simple walking simulator.

In the three years preceding its release, Death Stranding was a phenomenon. Every step of its marketing cycle was more mind-boggling than the last - from the reveal of A-listers in its cast like Mads Mikkelsen and Lea Seydoux, to trailers featuring floating whales, gooey demons and babies in orange bottles. While that initial excitement seemed to peter out closer to launch day as the game lost its mystique, I still can’t help but look back at that era with nostalgia.

The best thing about Death Stranding was the mystery surrounding it, and that’s long gone now that it's been out for two years. Enter Death Stranding: Director’s Cut, developer Kojima Productions’ new port for PlayStation 5 consoles that doesn’t just add next-gen visual upgrades, but a bunch of new content including post-game story missions. All this new content makes for the definitive Death Stranding experience for new players, but a skippable one for returning players.

The weirdest road trip ever 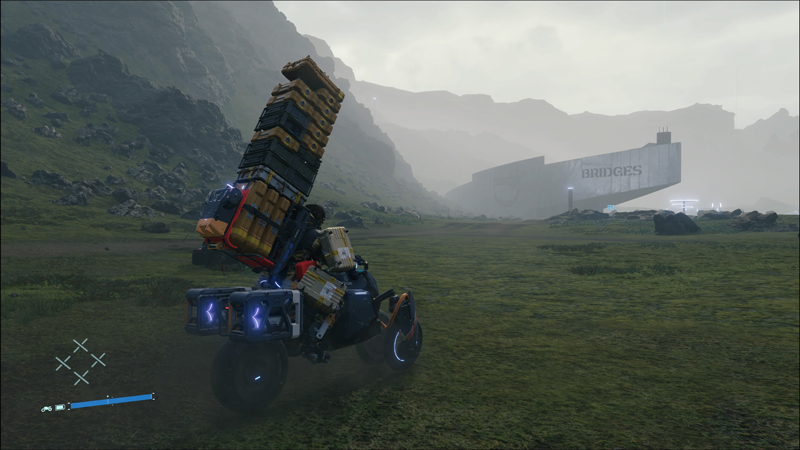 Given that Death Stranding has been out in the wild for two years now, I’m just going to assume that its first few hours are a spoiler-friendly zone. Cool? Cool. This story takes place long after an event called the Death Stranding, which brought the realm of the living and the dead together in devastating fashion. It was an extinction-level event, destroying swathes of humanity, tearing down entire cities and breaking down everything humanity had built for themselves on this Earth for millenia.

You can thank Beached Things for that. Called BTs for short, these creatures populate the planet, appearing in the wake of rainy weather known as ‘timefall’. Timefall is its own beast, corrupting and aging everything exposed to it within seconds. So, rain is dangerous and ghosts wander the earth. Have I mentioned that if a BT gets its hands on you, it also explodes with the power of a nuclear bomb? You can see why the Death Stranding is referred to as an extinction event - only one that humans happened to survive, at a cost.

I don’t want this review to be bogged down in pandemic speak - we’re all living through it at the moment, and I can’t imagine seeing mentions of it everywhere is doing wonders for our mental health. That being said, it is interesting to return to this game in a current-Covid-19 world. The Death Stranding caused humanity to fracture, as they built bunkers and hid underground out of necessity. People were split apart from one another and made to live without all the social and practical benefits that come from being part of a larger community. The only person tying all of them together is Sam Porter Bridges (Norman Reedus), a cargo deliverer with a mission to unite all of broken-down America once and for all. As I travelled through desolate America, I felt newfound pride in connecting specific people to one another - mothers to children, spouses to one another and fans to their…limited-edition action figures. The joys of connection and miseries of isolation hit harder after the years we’ve had, so building these bridges became a much more satisfying endeavour in ways Kojima could never have planned for. That isn’t to say this story is entirely saved by the drawing of real-world parallels. Its many twists and turns may be compelling enough to keep you keeping on, but exposition-laden dialogue, painfully sluggish pacing and repetitive campaign missions are serious dampeners on a story absolutely bursting at the seams with potential.

I was never a fan of Death Stranding’s story to be fair, and it seems to only get worse the second time around, when you no longer have its convoluted mysteries niggling at you. That being said, newcomers will likely enjoy the bumpy ride as long as they keep their expectations in check, and are able to tolerate long bouts of unadulterated repetition.

Let’s talk about the new stuff 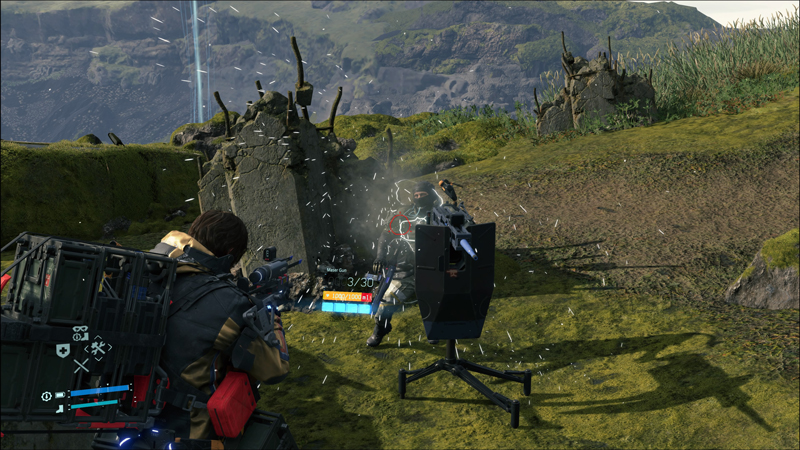 Death Stranding: Director’s Cut is not as fanciful as its name implies. This is not Kojima revisiting his two-year-old game and peppering it with deleted scenes, a longer runtime, special features and a gag reel. This PlayStation 5-exclusive port simply comes with PlayStation 5-exclusive perks. First off, two modes for the game - Quality and Performance - are available so you can finally enjoy your deliveries at 60fps. Load times are also shorter, but the added haptic feedback and adaptive trigger support truly takes the cake here.

Holding down trigger buttons to balance cargo is a huge part of gameplay, and these adaptive triggers tend to fight back against you in subtle but welcome ways depending on where you are and what you’re carrying. Haptic feedback adds to that immersion, rumbling with every step you take - turning into an earthquake when you’re sliding down a mountain or firing off weaponry. This game is all about staying focused and engaged in your deliveries, and the added DualSense support builds off that marvelously.

As for the other additions, you’ll find that they’re mostly geared towards new players. Sam now has access to a wider variety of gadgets to help him along in his wayward journey. The new electricity-firing Maser Gun becomes available to players right when other hostile forces are becoming a problem in the open world. The Support Skeleton, which helps Sam travel through harsh territory and carry heavy cargo more easily, is also available earlier in the game than before. Should you wish to test out new weapons, you can head over to an in-game firing range that lets you take down virtual enemies for practice. This is pretty helpful for newer players struggling to get combat timing and weapon mechanics down. There’s also a Cargo Catapult that hilariously fires your packages into the air if you need to get it across dangerous areas quickly and safely. The one new gadget I was looking forward to however, the Buddy Bot, ended up being a disappointment. This little robot can either follow Sam around or carry him around on autopilot - there is no option to manually drive the thing around, which is a strange omission. If you’re having the Buddy Bot follow you, you should also know that it can barely keep up with a teched-up Sam, making it more of a hindrance than anything else.

None of this is particularly enticing for returning players, unless you’re really craving another play-through of the whole game. There is one reason for you to come back to an old save file, however: new story missions. One quest chain sees Sam called to a new abandoned factory area infested with hostile MULEs to search for important information. This one’s for Metal Gear fans, made up of around three missions that have you delve deeper into the factory each time. Combat scenarios get tougher as you progress and patrolling MULEs make stealth an increasingly necessary option, and that’s pretty cool. Combat was always one of this game’s weakest points, so playing through these stealth missions felt like a formula shake-up, even if it’s really just one big homage to Kojima’s roots.

Unfortunately, there just isn’t much to chew on with these missions. You could clean them up in an hour, and they still manage to be way too repetitive in that small amount of time. These are just constant return trips to one location, with each mission unlocking another small area filled with MULEs. Tension is all that keeps them afloat until you reach the very end, and realise that they actually have some impact on the main story. I still wouldn’t consider this new story content a must-play for returning players, and it’s certainly not worth the purchase on its own. 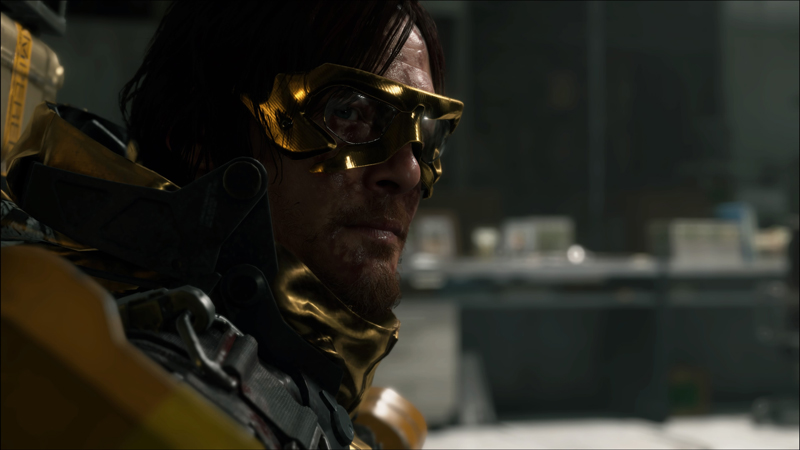 Death Stranding: Director’s Cut streamlines the new-player experience by adding a bunch of new gadgets in Sam’s arsenal to keep you moving at a brisk pace in its early hours. Strangely, they do seem to work against the entire point of those early hours - which was Sam struggling with all his might to pull off these deliveries and make small connections here and there, before the scope of his adventures widened massively. Still, it’s a welcome addition that might keep players from dropping off too early. This is a story that gets better as it plods along, though it runs into many flaws along the way.

An improved framerate, DualSense support and new story missions will keep returning players busy as they revisit an old save file, but most of these improvements are only clearly felt in fresh playthroughs. Hence, your enjoyment of Death Stranding: Director’s Cut hinges on the question: Have you already reconnected America and solved the Death Stranding’s mysteries? If so, are you really willing to do it all over again?

Write a Review
Compare This | Specifications
Stunning visuals and performance upgrade
Compelling characters that push you through the story
New gadgets make slow deliveries better, even if that goes against the point of their inclusion in the first place
New missions are very repetitive
Other new content does not seem worth the extra fee for returning players
The story remains riddled with sluggish pacing and exposition-laden dialogue
Despite new tweaks and additions, combat still isn't good
Our articles may contain affiliate links. If you buy through these links, we may earn a small commission.
Sponsored Links