Note: This article was first published on 4 March 2019. 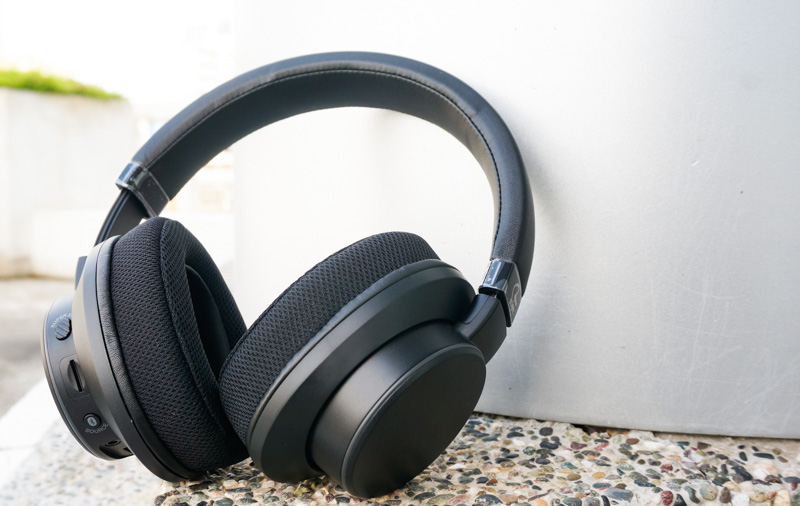 It’s been a year since we started following Creative’s Super X-Fi Headphone Holography (SXFI), so if you’ve been reading our coverage you’ll know that the technology combines hardware and software to take the shape and structure of your ear into account when directing audio to you, thus affecting the perceived soundstage you feel when listening to any track. By using the SXFI 'magic', Creative aims to rid headphones of that 'stuck in your head sound' and recreate the listening experience akin to using speakers in a room.

Before this, the only other product that incorporated SXFI technology was the SXFI Air C, a USB headset that incorporated LED lights in both ear cups and a boom microphone for communications - especially in games. We’ve covered this headset previously here, but we always felt that having to rely on USB power for the SXFI effect meant the headphones had limited use-case outside of being plugged into a notebook or desktop.

That’s where the SXFI Air here stands out. Being a wireless pair of headphones, it already contains an internal battery so you’ll be able to activate SXFI technology regardless of the connection you’re using. Be that via USB, regular audio cable, or Bluetooth. Of course, that means you’ll have to either create a new SXFI profile, or to import something you’ve previously created on another SXFI product first, using the companion Super X-Fi app on your phone or computer. 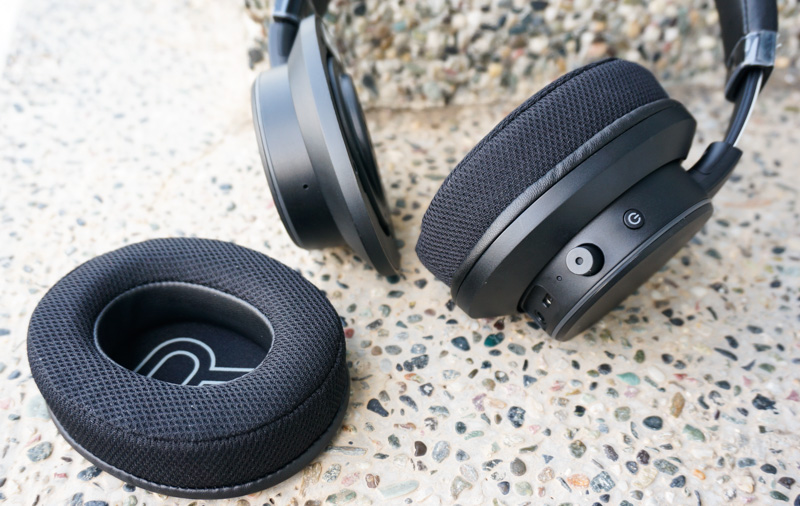 Like the SXFI Air C before it, the futuristic-looking SXFI Air uses 50mm Neodymium drivers. It also comes with removable memory-foam based mesh fabric ear cups with LED lights around them. These basically indicate everything from pairing to Super X-FI activation, though we wonder if you wouldn’t be served by having the appropriate button light up instead. As it is, you need to remember what color you set for each type of notification. Trying to identify buttons in the dark isn’t the easiest thing to do as the LED strip around the ear cup isn’t bright enough to illuminate the area where the controls are. 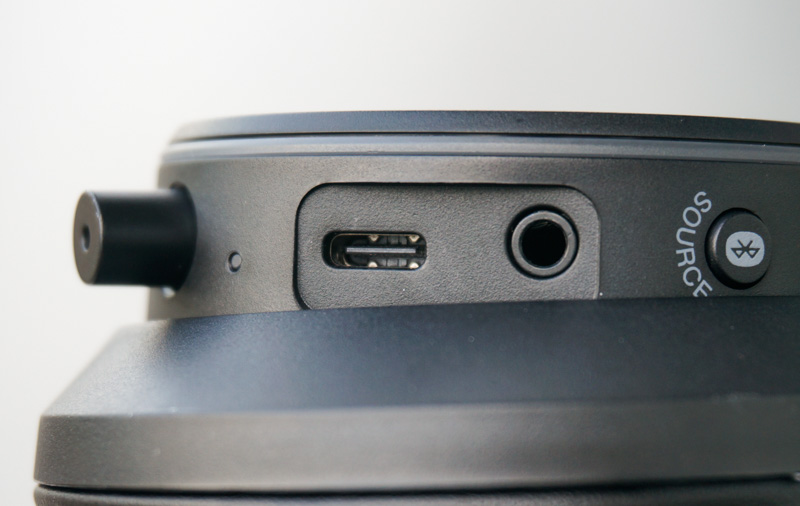 You do get voice prompts when there's a change of audio source, but nothing when you activate or deactivate SXFI. So, you’ll have to judge based on how different the track sounds, or take off the headphones and see what color the rims glow. The SXFI Air can take audio feeds from either Bluetooth, USB, 3.5mm audio jack or the integrated microSD card reader. In the place of the long boom mic on the SXFI Air C, there’s a small removable NanoBoom mic which is much less conspicuous. 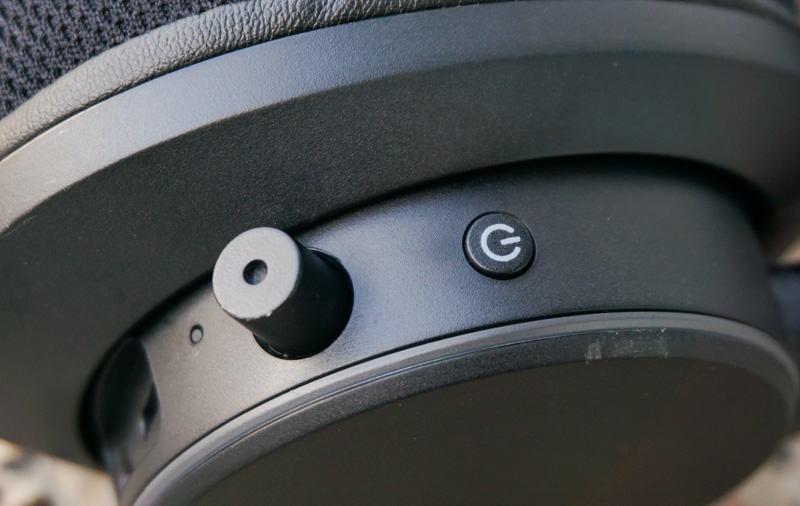 You also get touch controls with the SXFI Air, as you can now also control volume and playback by tapping or swiping on the side of the left ear cup. That’s key when you’re using the internal music player which reads off the integrated microSD card slot on the left ear cup as well. It’s a handy feature, but do note that folder file structures aren’t supported, nor are file formats outside of MP3, WMA, WAV, and FLAC. 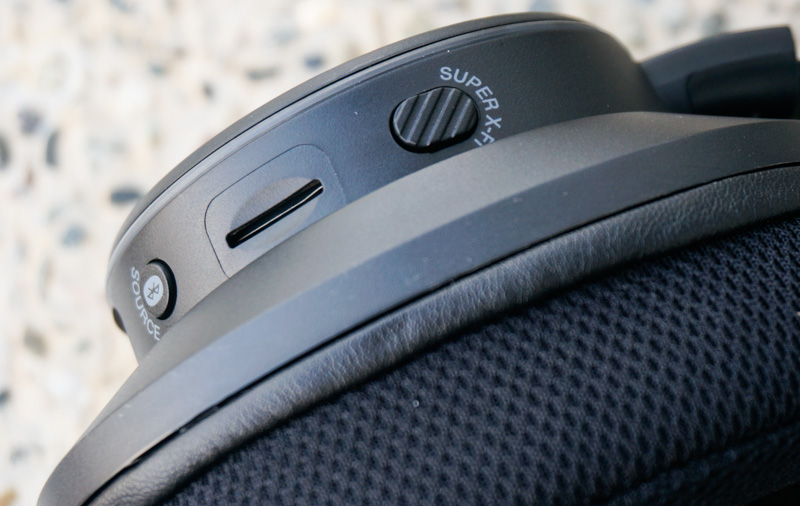 Somewhat disappointingly, the SXFI Air uses Bluetooth 4.2 but only supports SBC and not any of the higher quality codecs like aptX, aptX HD or LDAC. Perhaps an indication that the Super X-Fi processing onboard is more than enough to make up for quality loss due to the transmission?

We started our audio testing with a recording of Michael Buble’s Everything. This track features a good deal of backing instruments and the surround sound effect that Super X-Fi created for this track meant that at times they almost overpowered Buble’s vocals. Still, there’s good energy to the piece and a nice naturalness to the instruments overall.

Moving on to a recording of Hotel California by The Eagles, we thought the piece helped the headphones to better show off its strengths in both the mids and the highs, as it rendered all the guitar work present in the track well. The cries of the crowd were fairly well captured too, so you get the sense you’re really right there in the audience.

Next up, the faster-moving Shape of You by Ed Sheeran. The main beat for this track is joined by a bass line about a minute and fifteen seconds into the track, and this has just enough body to be felt on these headphones. We could have done with more bass extension though, as we felt it was a little dry.

Finishing off with Rebecca Pidgeon’s Spanish Harlem, we thought the headphones did a good job of picking up the shakers and various percussion instruments in the piece.  Pidgeon’s vocals are presented dead center, ahead of the rest of instruments so you can really key in on her vocals for an enjoyable listen. 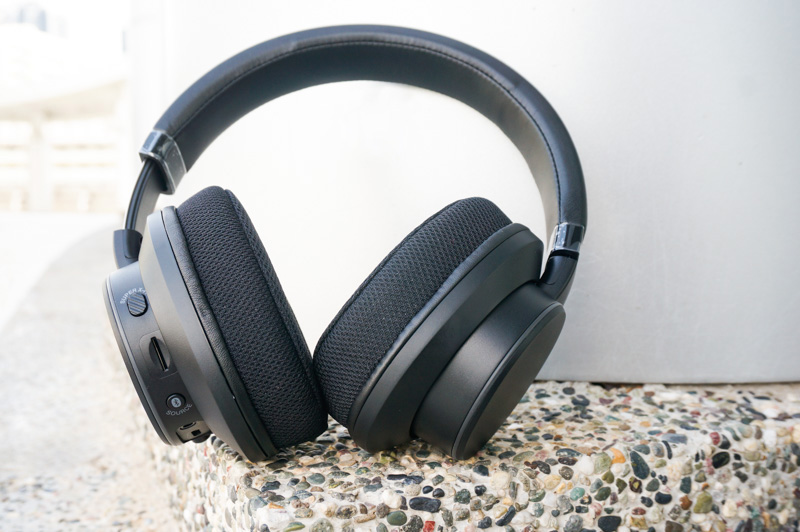 Compared to the SXFI Air C before it, the SXFI Air is a much better manifestation of the promise of Creative’s Super X-Fi technology. There’s much more versatility in terms of the audio sources you can pair the headphones with so you can really enjoy the Super X-Fi experience everywhere. The Super X-Fi effect with these headphones also seems more consistent, so there’s less drop-off in performance moving from source to source.

That aside, these are actually pretty good headphones that handle a wide range of genres well. Highs are crisp, and there’s just about enough body in the bass for faster moving tracks. The 7.1-channel surround sound you get with Super X-Fi enabled makes them good for movies too and it doesn’t seem like you’re paying too much of a premium for the feature as S$219 for a pair of wireless headphones is good value in itself. All in, a pair of headphones worth checking out if you want to experience what Creative's Super X-Fi technology is all about.

Write a Review
Compare This | Specifications
Standalone music player thanks to built-in microSD card reader
Pretty good all-around performance
Good value for wireless headphones
Bass can be a little dry
Super X-Fi effect sometimes causes vocals to be overpowered.
Our articles may contain affiliate links. If you buy through these links, we may earn a small commission.
Sponsored Links