Note: This review was first published on 10 October 2022. 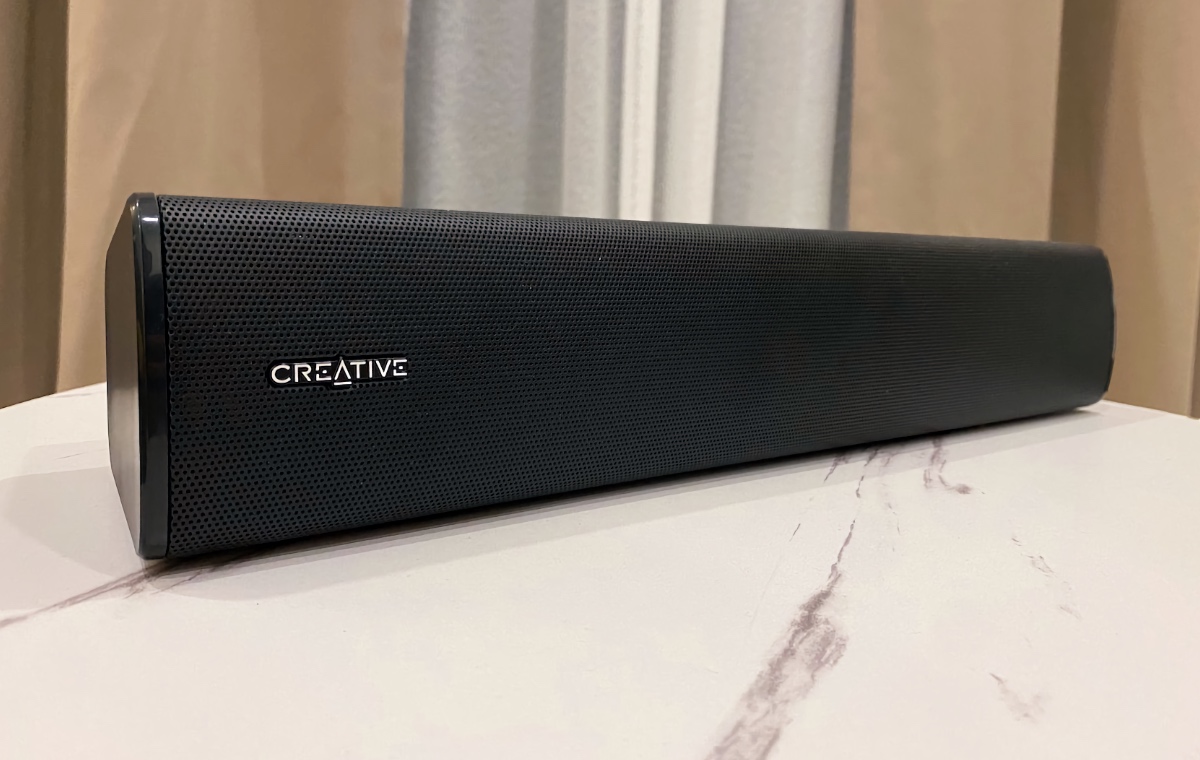 Anyone serious about their music or movies will tell you desktop soundbars are usually a compromise. Because of how close we sit to them, they often project sound at our shoulders instead of ears. The close proximity also often results in a narrow soundstage.

That said, they do have benefits. For one, they are often compact devices, which is advantageous if you don't have much space to work with. Secondly, because they are usually just a single device, they introduce less cable clutter. These qualities can be very attractive to certain users, particularly those who are not so fussy about sound.

This brings us neatly to Creative's new Stage Air V2 desktop soundbar, which updates the first version launched in 2018. At S$69, this has to be one of the most affordable desktop soundbars you can buy. But what are you giving up at this price? Or is this actually one of the bargains of the century? Let's tune in and find out.

The Stage Air V2 is fairly compact. At 41cm long, it will fit under 24-inch monitors nicely. Though I'd say that it is fairly tall at 7.5cm in height.

Setting it up is dead simple. There are only buttons on one side – the power button and volume controls, along with the Bluetooth connection button, sit on the right side of the speakers.

Wired connectivity is equally simple. There's a USB-C port and 3.5mm audio jack on the back. That's it.

You turn it on, hit the Bluetooth button if you want to connect it wirelessly, or plug in your device via the available ports. That’s all there is to it.

The USB-C port accepts digital inputs of up to 16-bit/48kHz or CD-quality audio. Creative also says the USB-C port will work with PS4 and PS5 consoles too. Owners of Sony's gaming consoles will know how difficult it can be to output sound from them. Unfortunately, I don't have a Playstation console to try this out.

The USB-C port also doubles up as a charger for the speakers. Yes, curiously, this has a built-in battery so you could feasibly use it as a portable speaker. Battery life is rated at 6 hours per charge, which is quite decent.

Because of its size, I don't think many are going to use the Stage Air V2 mainly as a portable speaker. But the versatility is certainly nice to have. I can foresee owners taking their speakers to their bedrooms if they want to continue listening to music or watching movies in bed. 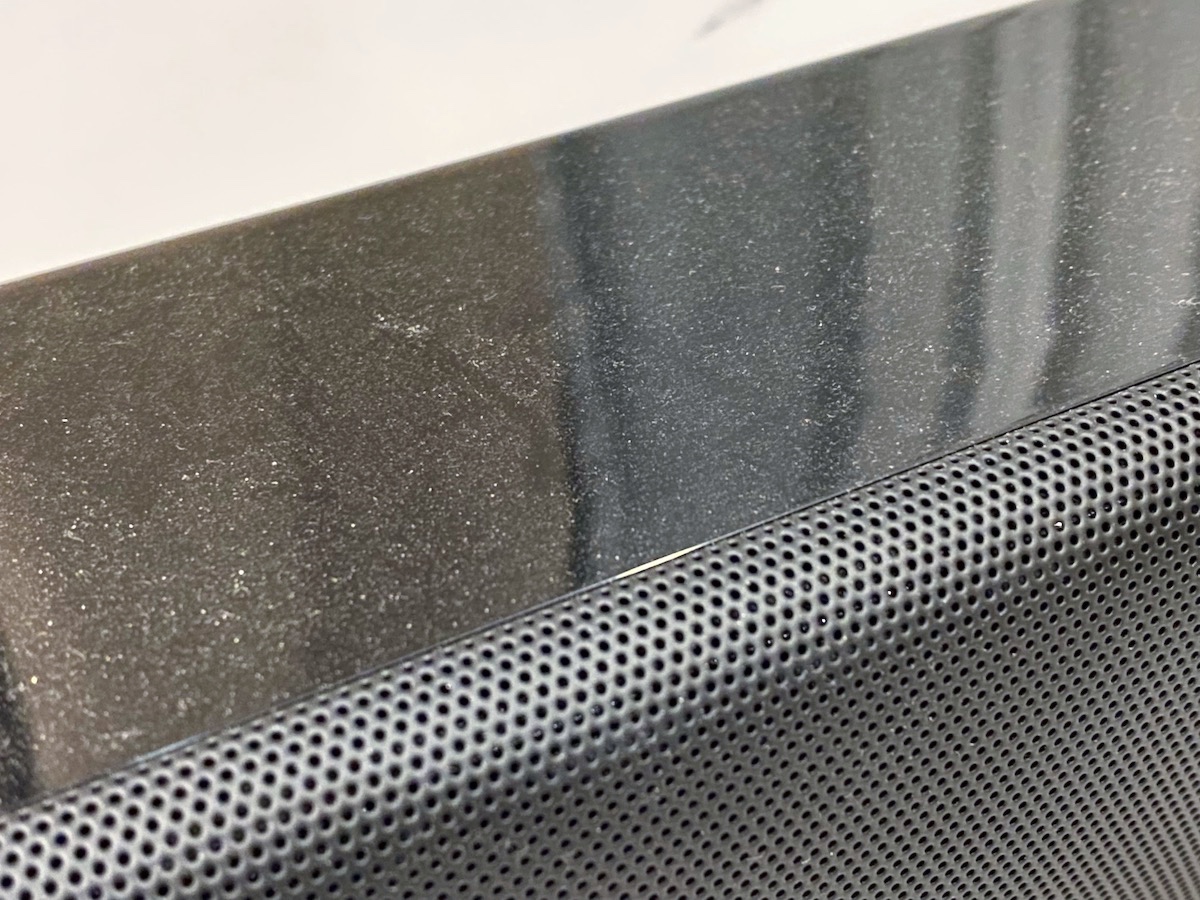 Aesthetically, I’m not such a huge fan of the glossy plastic finish that's found around the soundbar. Not only is it an absolute fingerprint and smudge magnet, any dust that accumulates on top is very visible.

On the upside, the clean and simple look of the front grill is fantastic. A small subtle Creative logo placed to the side completes its minimalistic look, so it should look right at home beside any set-up you choose.

The sound quality of the Stage Air V2 meets my expectations for a soundbar costing S$69. It won’t blow you away but it’s definitely solid enough to be enjoyable. Crucially, it's a definite step-up if you were relying on your notebook’s built-in speakers for sound. 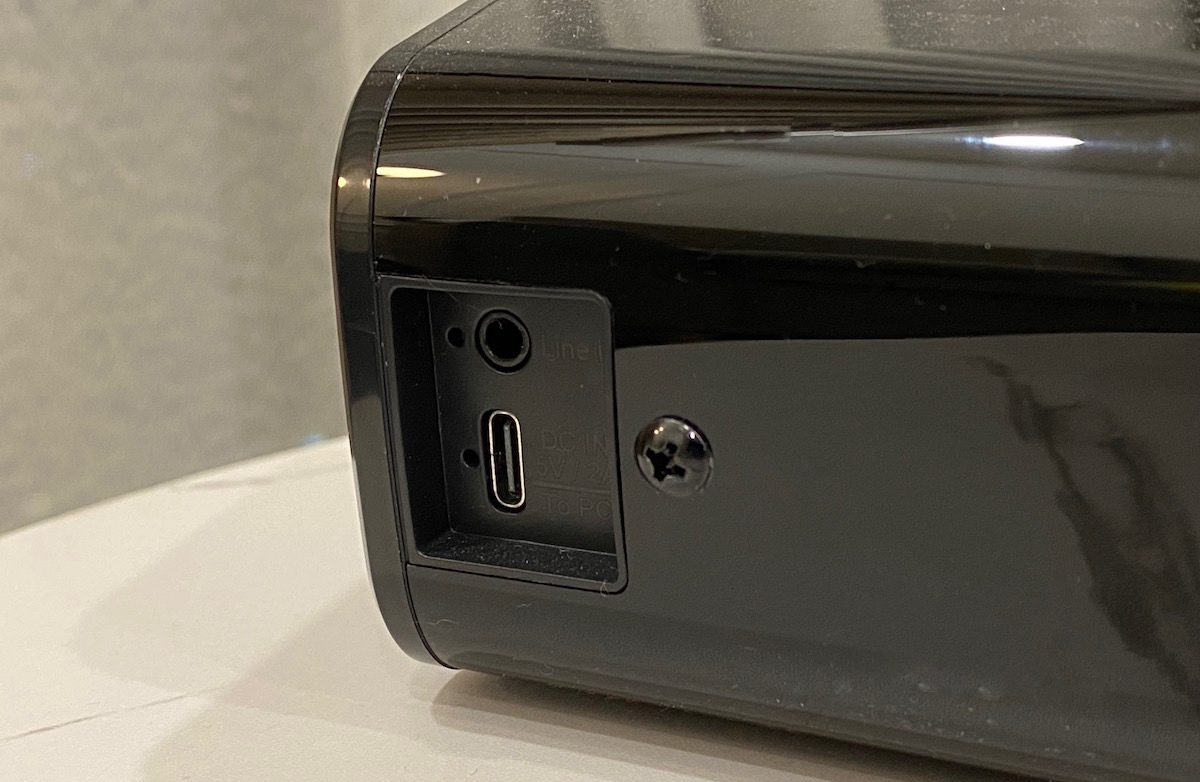 Despite being a single piece unit, the bass is strong. It’s perhaps a little too strong because it can sound muddy, especially with certain genres of music like electronic dance. On the flip side, it does make watching movies – particularly action ones – enjoyable. Soundstage is average, which is to say fairly narrow sounding, not unlike the earlier model. If staging is important to you, you need to look for a traditional 2.0 or 2.1 set-up. It also gets loud with little distortion.

More discerning listeners will want to note that the Stage Air V2 supports only the SBC wireless codec, which is the most basic Bluetooth audio codec. For that reason, I’d highly recommend using the USB-C input to get the best sound quality – especially if your source material is lossless. Remember, the Stage Air V2 accepts digital audio up to 16-bit/48kHz.

Overall, the Creative Stage Air V2 is a handy piece of kit that adds audio to any set-up effortlessly. And at S$69, it comes at a price that won’t break your wallet.

Sound quality is decent enough. But for most readers, I think its affordability and versatility are the biggest reasons why you might want to get this for your set-up. If you have your PC and PlayStation on the same desk, you could use the Stage Air V2 to play audio from both sources – PC over Bluetooth and PS over USB-C. The built-in battery also gives you the option of using it as a portable speaker. 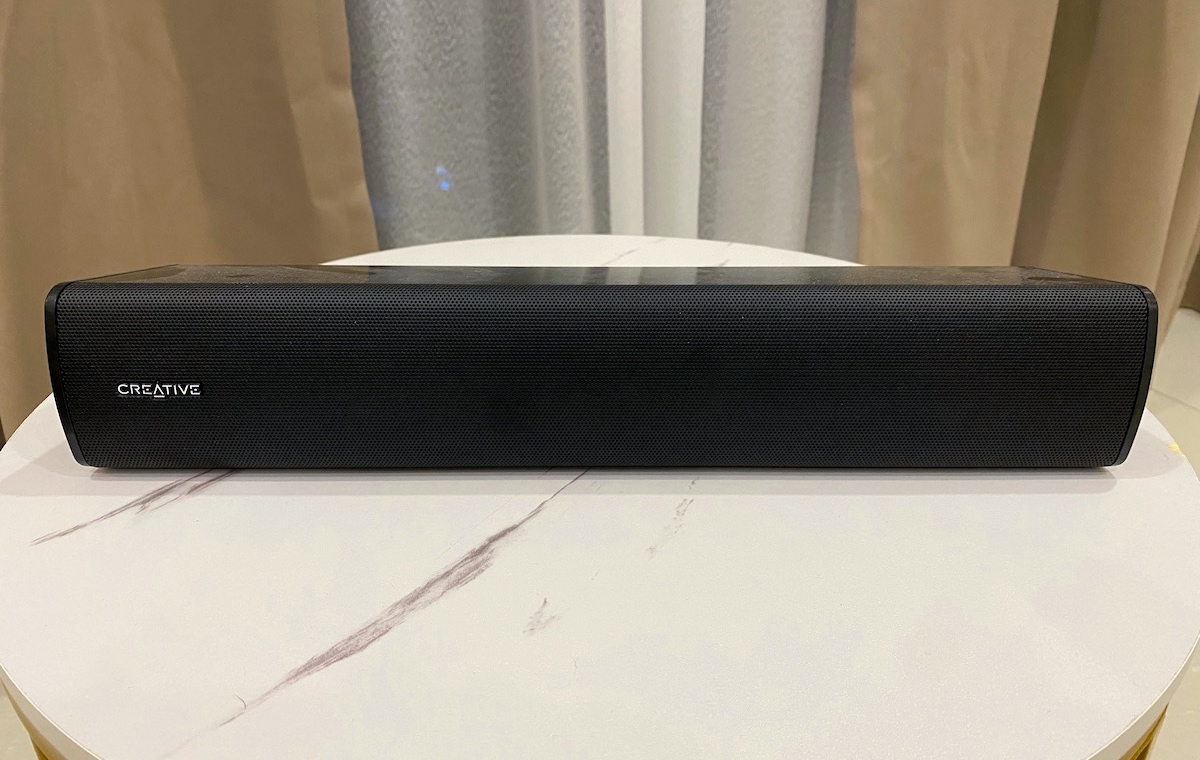 Furthermore, it's also extremely easy to set up. You could get music playing out from it in just minutes.

That said, don’t expect too much out of it. Ultimately, the Creative Stage Air V2 doesn’t pretend to be anything more than what it is: a straightforward and low-cost desktop soundbar designed to add oomph and spice to your music, movies, and games in a pinch under your screen. Crucially, it will beat whatever most notebooks can put in sound output and the same can be easily said of monitors with built-in speakers.

The Creative Stage Air V2 is available for purchase on the Creative Online Store here.

Write a Review
Compare This | Specifications
Extremely easy to set up and use
Compact and has built-in battery
Accepts digital inputs
Works with Sony PS4/5
Affordably-priced
Sound quality leaves much to be desired
Only supports SBC
Glossy finish leaves lots of smudges
Our articles may contain affiliate links. If you buy through these links, we may earn a small commission.
Sponsored Links