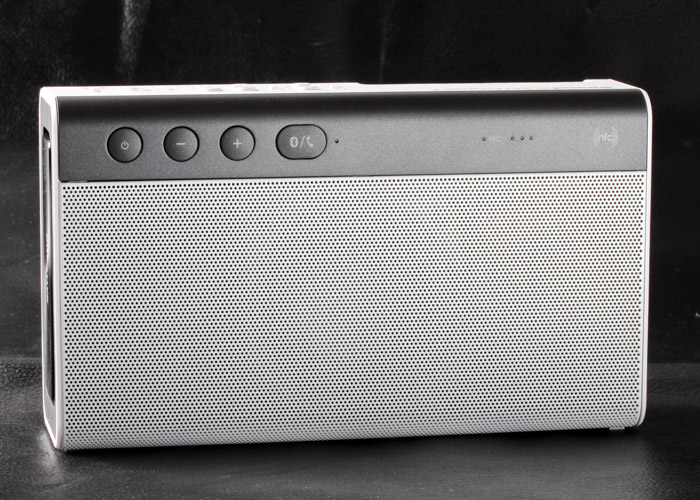 Testing the new Tera Bass out, we found that it did in fact help to boost the bass and lower mids, but we wonder if you wouldn’t be better off just enabling Roar mode and lowering the overall volume as that seemed to improve the sound across the spectrum in general. Still, the function does work as advertised, so it's worth considering if you’re keeping the audio levels low.

Starting our testing off with some high resolution tracks to get a general sense of how the Sound Blaster Roar 2 sounded, we were pleasantly surprised to find that the experience was very much like the original. Vocals are warm and clear, and there is good presence. Like on Rebecca Pidgeon’s rendition of Spanish Harlem for example, Pidgeon’s voice is distinctly just left-of-center, and her vocals are so sweetly rendered you feel drawn into the piece.

Moving on to a recording of Cloverfoot Reel by Yo-Yo Ma, Edgar Meyer and Mark O’Connor, and the Sound Blaster Roar 2 again impressed with its ability to provide the necessary body and definition. There was perfect balance between all three artistes so that no instrument outweighed each other, allowing you to fully enjoy the interplay between musicians.

Moving on to our formal test tracks, we again started with The Eagles’ Hotel California. As expected, the Sound Blaster Roar 2 performed impressively from the start. As with the original, the guitars were well-textured and the bongo drums were deep and impactful. We liked the way the Sound Blaster Roar 2 handled the sense of atmosphere with its rendering of the crowd, and feel that the vocals were again well articulated and smooth.

Moving on to Sail on Soothsayer, we felt the attack of this pacey track was well handled and that there was a very nice ring to the notes, especially during the solo, when you could really feel the melancholy in the whine of Buckethead’s guitar. As with the original, the Sound Blaster Roar 2 displayed good transparency and clarity in the mids and highs, showing that the audio signature has indeed been kept fairly constant.

Tiesto’s Elements of Life is where we started to feel a bit more of a difference in the audio between the Sound Blaster Roar 2 and the original. With the Sound Blaster Roar 2, because the speaker is physically smaller, the soundstage is slightly smaller, which you would feel more on a track like this, as the loops feel ever-so-slightly less expansive.  The bass feels slightly less focused compared to the original, but still is easily able to push the track, making for an enjoyable rendition overall.

Concluding with Adele’s Melt My Heart to Stone, the difference in bass became obvious again. Curiously though, we felt the new smaller design helped improve the mids (and so the vocals) slightly, as Adele’s vocals gained a bit more presence. Perhaps it’s the effect of placing all the drivers in line with each other in a smaller enclosure? 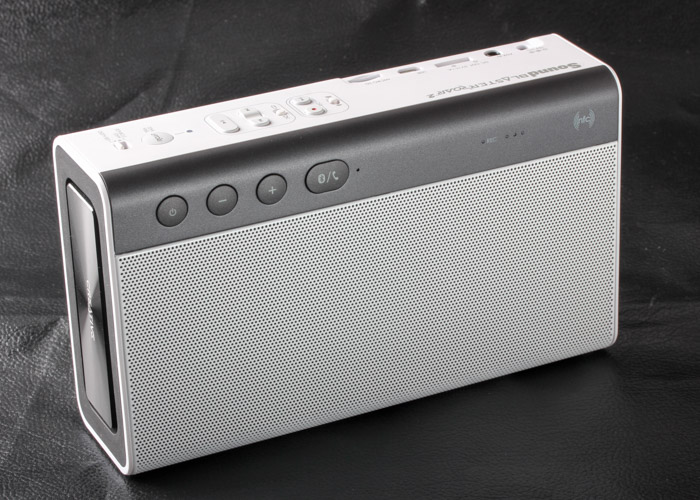 The bigger consideration then, is how you’re going to use the speaker. If you’re going to be moving the speaker around, you’ll definitely prefer the slightly lighter (10%) and smaller (20%) Sound Blaster Roar 2. If you want something that gives you bigger sound that you can leave in the center of the room for parties and such, we’d say go the original Sound Blaster Roar.

From a price point perspective, the new Roar 2 has a suggested retail price of S$329, which is just a tad more than the original Roar's recommended price of S$299. The latter has however often been sold for S$199 or lower (during show periods). During the recent IT Show 2015 where the Sound Blaster Roar 2 first debuted, it was already going for S$250 or less (with vouchers). Given Creative's promotional tactics, it's likely that you'll see the Roar 2 being offered at a more mouthwatering price point during major promotional periods. Even without these promotions, as noted in our review of the original Sound Blaster Roar, the speaker offers great performance and value even at its non-offer price and the same applies to the Roar 2.

Write a Review
Compare This | Specifications
Smaller size makes it easier to move around
Still very good audio performance
Good list of features
Doesn't feel substantially lighter compared to the original
Poor stereo separation
Our articles may contain affiliate links. If you buy through these links, we may earn a small commission.
Sponsored Links