There's no doubt that the gaming industry has become extremely lucrative for businesses willing to venture into new waters. Be it PC, PlayStation or Xbox, people are willing to spend their hard earned cash on their gaming pursuits. Realizing this, manufacturers have released a slew of peripherals to enhance the gaming experience for users. Brands such as Cooler Master and Corsair, which are better known for other products, have introduced audio accessories for gaming. Our very own Singaporean audio expert Creative has also released a pair of high-end gaming headphones called the Creative Sound Blaster Wireless Recon3D Omega Wireless. Though it has been in the market for more than half a year, it's still a formidable entry from Creative. Also, we're in the process of rounding up some good gaming gear, hence we've a detailed review of this headset today:- 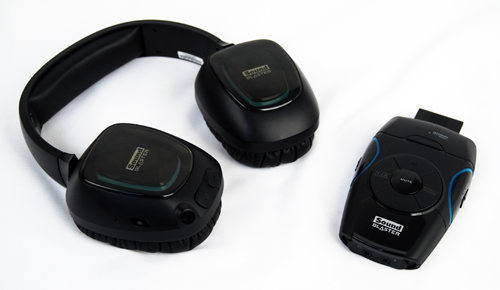 While the full name of the gaming headphones "Creative Sound Blaster Wireless Recon3D Omega Wireless" might be long, it does give a full picture of the product which includes a USB-based audio processor (the equivalent of a sound card on a PC) as well as a pair of wireless headphones. The Recond3D soundcard had been released some time back in both a PCIe and USB version. The gaming headset comes with the latter flavor for compatibility with both PCs and consoles. 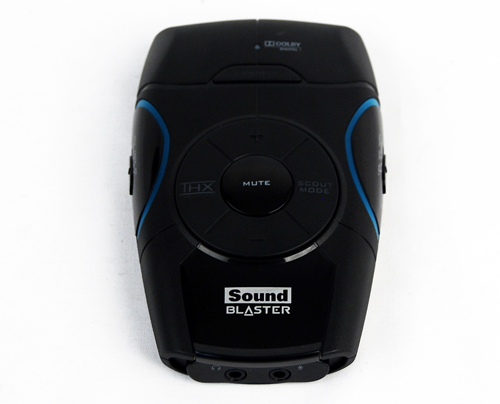 Similar to the previous X-Fi series of sound cards, the new Recon3D will feature four independent digital signal processors of the Sound Core3D chip. However the 56-pin chipset has been improved from older offerings and brings a high quality HD audio decoder, 24-bit 102dB digital-to-analog converters and 101dB analog to digital converters. In addition to the impressive hardware, the audio processing unit from Creative is also equipped with decoding capabilities for Dolby Digital 5.1 and THX TruStduio Pro. 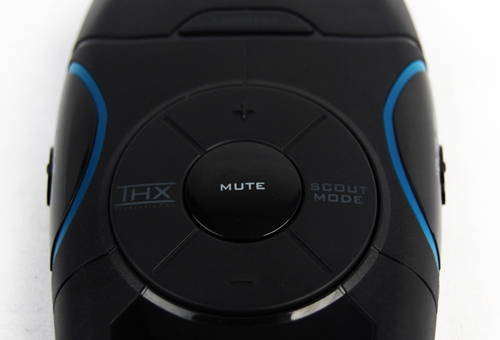 Fundamentally, the Sound Blaster Recon3D external sound 'card' is designed to help provide you with an improved audio listening experience, including re-creating '3D audio'. This is not only intended to enhance enjoyment of music and movies, but also to provide an edge when playing first person shooters. We will be thoroughly testing out the headphones to see how well they handle sound and how the Recon3D augments our game play. 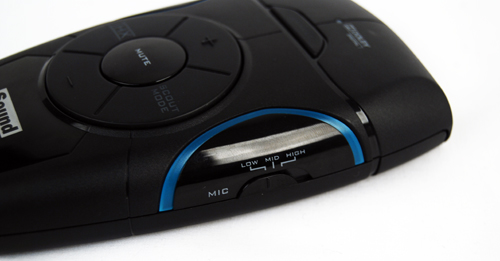 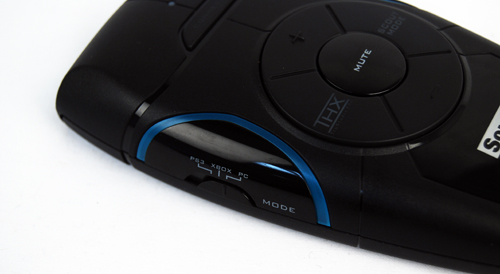 The Recon3D external unit itself is a small, flat almost rectangular box with a small footprint. Its THX TrustStudio Pro capabilities are prominently featured as part of a circular button wheel. You also have the choice to switch into scout mode which is intended to improve the directionality of sound. On the top of the device you will find the Optical port and a micro-USB, along with a slot for the wireless connectivity card. The bottom of the device features ports for connecting headphones and a microphone. Sliders on the right hand side can be used to adjust the microphone volume while a similar slider on the left hand side shifts the modes between PC and the console of your choice. 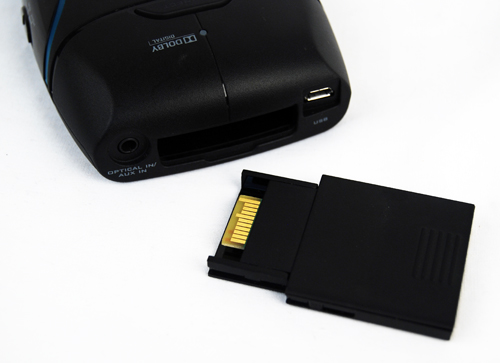 With the Sound Blaster Recon3D 'sound card' portion of the headphones package out of the way, we move on to the actual gaming headset which also retails separately as the Sound Blaster Tactic3D Omega Wireless. The ear cups sport a distinctly chunky and squarish design while its overall matte black plastic finish does not make it standout in any particular way. The monotony of the aesthetics is broken by a glossy, glass-like covering on the outside of the ear-cups. As the device is powered on, mild electric blue highlights appear to give the headset a cool factor. Even so, we would not rank its looks anywhere near the coolest of the bunch such as the Razer Chimera. 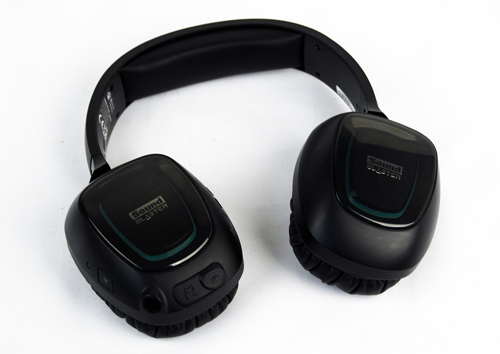 Picking up the gaming headphones, you will realize that they are actually quite heavy. Thankfully there is a good serving of padding on the headband which mitigates the weight of the product somewhat. While the Sound Blaster Recon3D Omega Wireless (aka Sound Blaster Tactic3D Omega Wireless) headset packs 50mm drivers, which is on the top end side for gaming headphones, ear-cups are somewhat small. This is sure to affect the comfort levels and fitting of the device, but more on that during our performance testing. 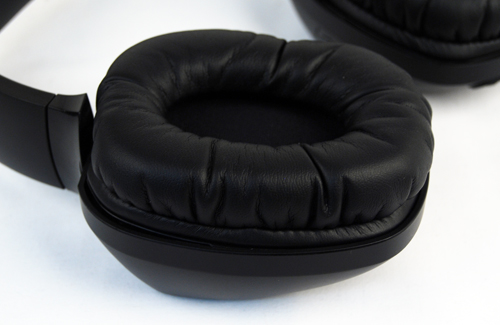 Since it's a wireless gaming headphone set, all necessary control buttons are found on the right ear-cup, without any messy wires and dangling control units to contend with. You will find handy buttons to adjust the volume, mute the microphone as well as a button to power on the headphones. The positioning of the buttons is easy to access if you are right handed. Unfortunately, there is no left handed version of the product.

While the device is capable of working wirelessly, you will find a deeply recessed 3.5mm port as well in case the need for wired operation does arise (like when the built-in battery is out of juice and you can't afford to charge it). Under a rubber flap you will find a standard audio connector for consoles, handily denoted by the controller icon, and a micro-USB port which can be used for charging the batteries of the gaming headphones. 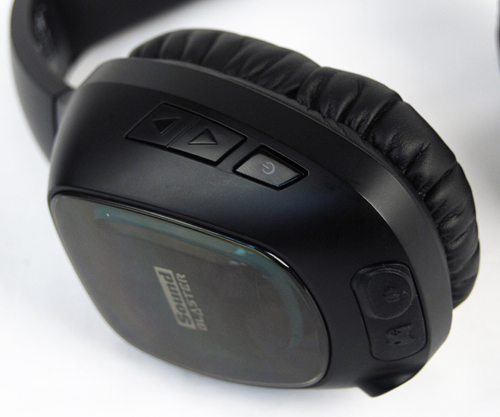 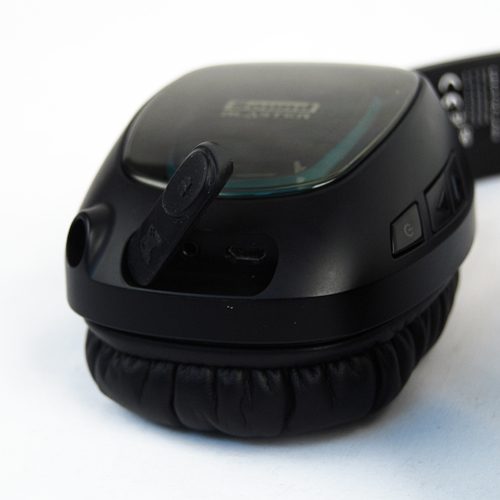 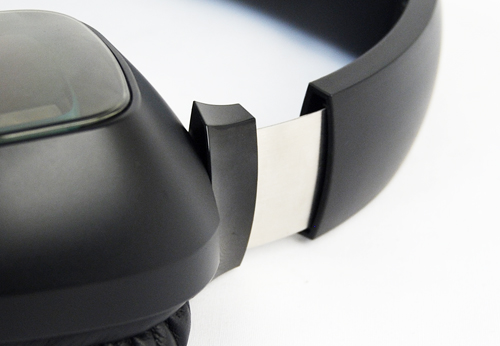