So, what are these earbuds?

Note: This article was first published on 28th November 2019. 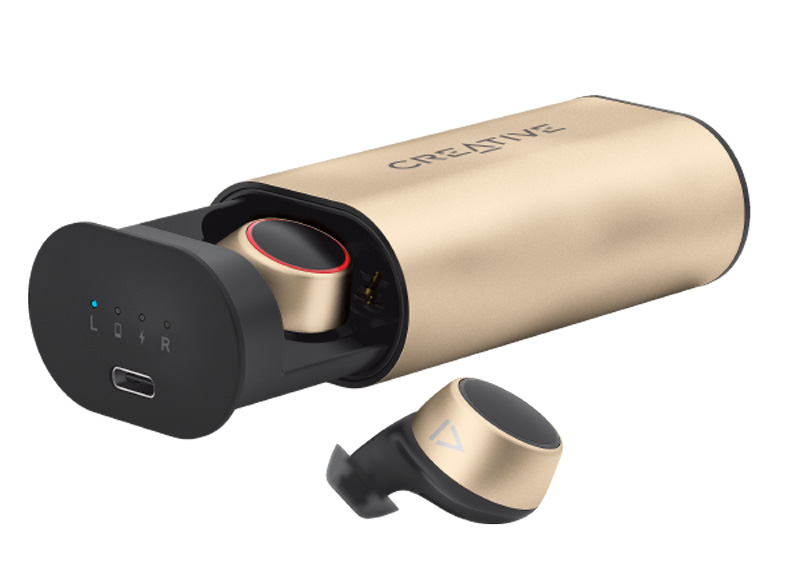 So, what are these earbuds?

The Creative Outlier Gold wireless earbuds launched in May 2019 are Creative Technology’s second attempt at making wireless earbuds. What immediately distinguishes the Outlier Gold from its predecessor is its Champagne Gold colour - a departure from the previous Outlier Air’s black theme. There are a couple of noticeable similarities in both of their designs, and that’s probably intentional.

See, the Outlier Gold isn’t meant as a replacement to the Outlier Air, but a small follow-up instead with a couple of small improvements. If you already own a pair of Outlier Air wireless earbuds, I can tell you right now that these aren’t worth the purchase - as most of the Outlier Gold’s strongest points are shared with its cheaper counterpart.

For those who don’t own a pair of Outlier Air earbuds however, the battery life on these things should be very tempting. Other than that, unfortunately, these earbuds don’t stand out in any meaningful way from the massive crowd of wireless earbuds on the market - despite the rave reviews from many other media outlets. I'll explain why.

Setting up is a pain 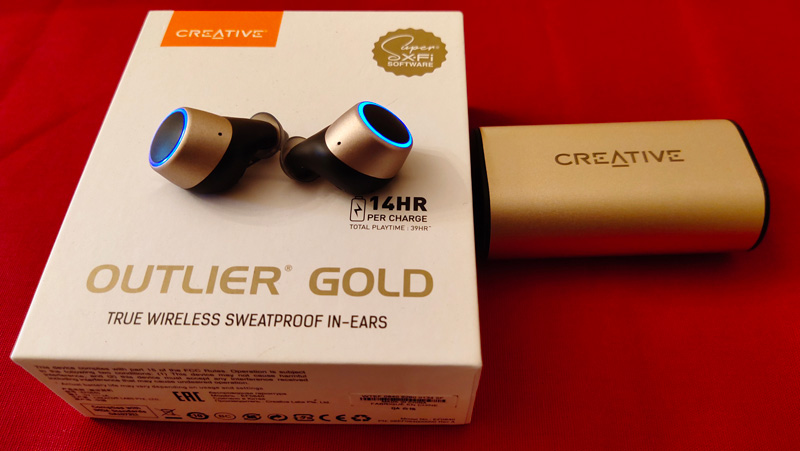 Setting up these earbuds quickly becomes annoying. All you need to do is turn them on, connect to Bluetooth with your phone and voila! You can now listen to all the music you like. However, that is merely step one of the setup process.

After you have the earbuds charged and ready, you’re going to have to download Creative’s official SXFI app. This is to make use of their Super X-Fi software - which we’ll get into later. After that, you’ll have to perform head mapping by using the app to take pictures of your head and ears. This, and I’m quoting the app here, “lets Super X-Fi know about you.” After that, you select your headphone model from a list within the app, activate your SXFI account and voila (again)! You can now listen to all the music you like - with Super X-Fi, this time. 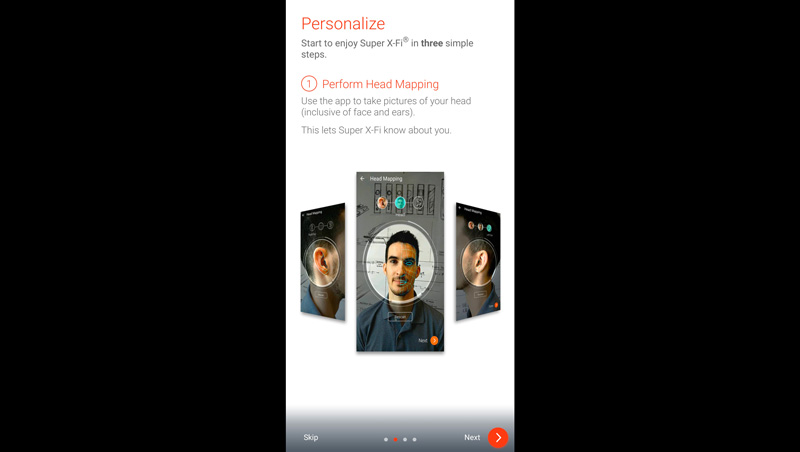 Having to go through all these steps with the app can get pretty irritating - especially when you have to ask someone to help take pictures of your ears with it, and then explain why. Fortunately, it’s not very time-intensive, and you can just jump into using the earbuds straight away without bothering about Super X-Fi integration if you’d like.

Let’s talk about those controls 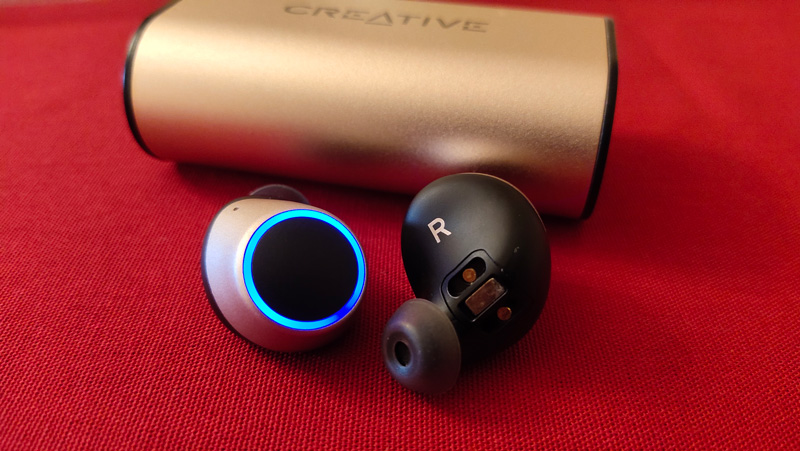 Like I said earlier, the Creative Outlier Gold is a bit of an upgrade from the older Outlier Air, with a gold finish and Super X-Fi integration - but otherwise pretty similar cosmetically. Once you open the box, you’ll find both of the earbuds in a sleek golden case. The case feels great, and I love that all you need to do is push out a small sliding shelf to get the earbuds out. They snap into place securely whenever you’re done with them too, due to the case’s magnets.

The earbuds themselves have a comfortable teardrop design topped off with a flashy LED circle. This circle flashes red when the earbuds are disconnected, and blue when connected. Fortunately, they don’t light up at all when you put them on - otherwise, you’d look like a set of walking Christmas lights. The earbuds are incredibly comfy to wear as well, feeling light and snug when you have them in - and firm enough to stay in even if you’re running around or exercising. You won’t have to worry about them dropping off.

Unfortunately, we have now arrived at the most irritating aspect of these earbuds’ design. Each earbud comes with a button, which you can use to perform a variety of actions, such as jumping forward in a song by double-clicking the right earbud, or jumping backwards by double-clicking the left earbud. You can also hold down on the right button to turn the volume up, or the left to turn it down.

The buttons require a lot of pressure to operate, however. Whenever you want to do something so simple as skipping forward in a track, you end up having to press those earbuds all the way into your ear - which can be quite painful, to say the least. I never ended up using these buttons as a result, and instead using my phone to control the music I was listening to. It would’ve been nice to have more convenient controls, but alas, that's only a wishlist for the next iteration in the future.

Write a Review
Compare This | Specifications
Fits in comfortably
Sound quality is acceptable
Incredible battery life
Disconnects sometimes, especially while outside
Buttons can be painful to operate
Super X-Fi tech requires the use of the app and local music files
Our articles may contain affiliate links. If you buy through these links, we may earn a small commission.
Sponsored Links