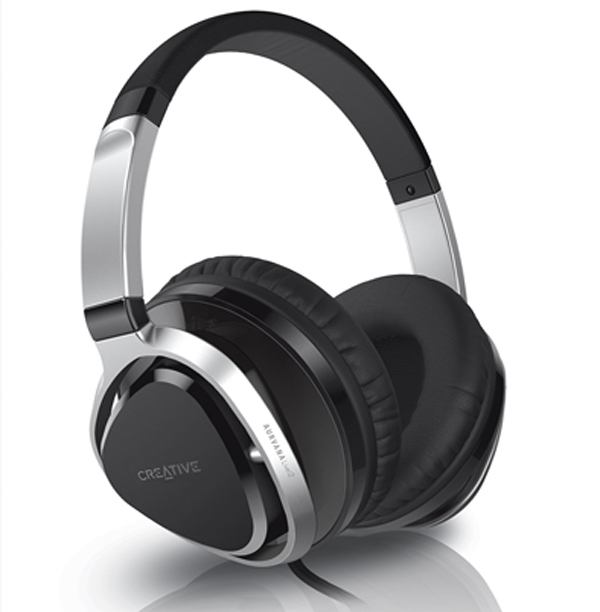 Our do-it-all smartphones seem to be almost everyone’s go-to media player these days, just look around on the train in the mornings and you’ll see majority of the crowd plugged in to videos, music or gaming on their phones. However, most phones and the default earphones won’t give you good sound out-of-box, so the easiest upgrade for most people is to get a decent set of in-ear earphones or headphones, hence the push by most headphone makers to release models with in-line mics for taking and making calls.

Creative is obviously no exception here, even adding connectivity features like NFC to their top of the line Creative Aurvana Platinum and the Creative Aurvana Gold products respectively. While the new Aurvana Live! 2 don't feature NFC pairing to maintain their competitive price point, they do have an in-line microphone with controls for taking calls on your smartphone.

The original Creative Aurvana Live! Headphones derived their drivers from Denon’s D1000 series, but at a much lower price, making them a budget-friendly offering for budding audiophiles. With that reference in mind, we had fairly high expectations for the Aurvana Live! 2 headphones, and we must say they didn’t disappoint. 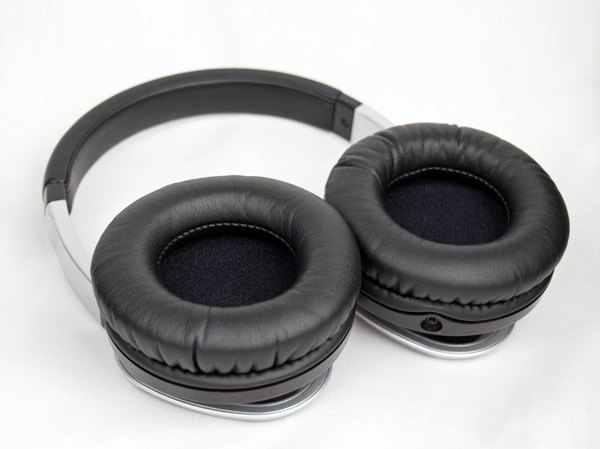 The Live! 2 headphones sport a welcome facelift from its predecessor, with design cues from Creative’s gaming lineup - futuristic but not quite as over-the-top. That said, the headphones are made mostly of plastic, which is a little disappointing for what’s meant to be a set of "premium" everyday headphones.

Passive noise-cancelling is offered by the large, plush earcup padding made of premium faux leather and memory-foam, which do a decent job of cutting out sound while not pressing down too hard on your ears - no sweaty ears with this pair of headphones! 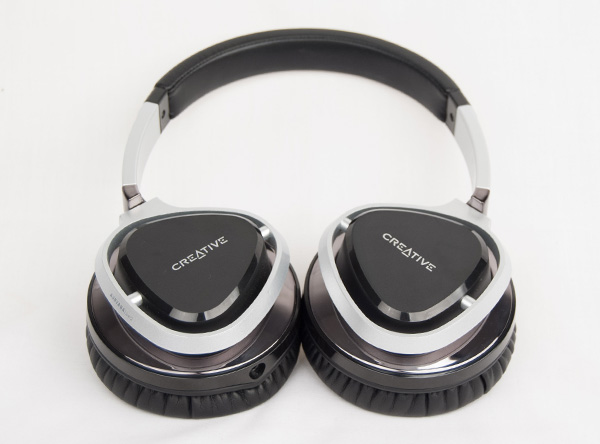 While they don’t fold down, the earcups do swivel to allow for better fit and for easier storage in the soft microfiber travel pouch that’s included. On that note, we do wish Creative had gone with a hard case for better protection instead, as the microfiber pouch feels like an afterthought and doesn't really complement the package.

Overall, this is a very comfortable pair of headphones to keep on, given that they only weigh 255 grams, and fit nicely over your ears. In fact, we didn’t suffer headphone fatigue in the slightest when we were conducting our tests and listening to tunes casually - even after keeping it on for almost four hours in one of our listening sessions. 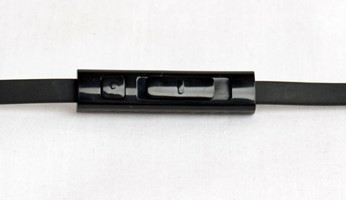 As shown in the photo above, the provided 1.2m long detachable interconnect cable comes with volume controls and a microphone embedded. While this gives you an option to swap the cable out for your own custom cable (as long as it has a 2.5mm to 3.5mm audio jack), you'll have to forego the in-line controls.

The key upgrade here is of course, the new drivers. While the Aurvana Live! 2 sticks with 40mm Neodymium drivers, the difference is the inclusion of a bio-cellulose diaphragm, an extremely thin fiber that Creative says, "delivers sound velocity comparable to an aluminum or titanium diaphragm, while giving warm and delicate sound of paper ones."

So how do they actually sound? Pretty good. Treble is accurate, vocals are clear, and musical instruments are fleshed out well with detail in both string instruments and percussion. When listening to Under the bridge by Red Hot Chili Peppers, the strings on the introductory riff rang true, and the signature bass line had just enough oomph to satisfy.

A live recording of the Stones’ Beast of Burden served to inform our impression of the soundstage of the Aurvana Live!2 - to this reviewer, it felt like he was sitting in front of a pair of speakers as opposed to being right at the grounds. In essence, it had a narrow soundstage.

While it is well and good for headphones to be comfortable, they really must deliver on sound for them to be worth of any listener’s while. To test the audio capabilities of the Creative Aurvana Live! 2 headphones we cracked out our usual set of MP3 audio tracks. While we listen to a wide variety of tunes (as mentioned above), for referencing purposes, we'll stick to reporting performance findings from our curated list of tracks.

Our more formal testing started with Melt My Heart to Stone by Adele. With this track, we thought the Live! 2 headphones performed pretty well, displaying good trebles and nice warmth in the vocals. We did detect some amount of sibilance here which detracted slightly from Adele’s vocals, but overall the performance on this track was acceptable for its class.

Moving on to Hotel California by The Eagles, we were again presently surprised at the clarity we heard in the strings, especially in the intro riffs and the solo performance. However, we found that the vocals were sometimes lacking presence and faded behind the interplay of the guitars and the drums, and that certain sections of the solos also sounded a little lethargic.

Tuning in to Sail on Soothsayser by Buckethead, the smaller soundstage of the Live! 2 headphones took away from the enjoyment of listening somewhat, but overall we thought it did a decent job with the attack, if not for the loss of definition with the distortion guitar.

Overall, we enjoyed our time with the Creative Aurvana Live! 2 headphones. It performs well on most genres of music, and just as importantly, is comfortable enough for long periods of wear, even if you’re on the go constantly. As we found out, the headphones benefit from cranking up the volume (with regards to the in-line volume control), but thanks to the combination of faux leather and memory foam used, all that sound stays mostly contained so you don't disturb your neighbors.

The sound signature is such that the headphones are slightly warm and smooth through the midrange, but as we mentioned, there’s plenty of bass for those thumping beats, which means the headphones lend itself best to faster and more upbeat genres of music. All in all, we think these headphones are value performers at S$169.00 that should please most users upgrading from stock/generic earphones and headphones.