Crash Bandicoot 4: It's About Time is a great return to form for the franchise

The story is alright, but boy is this game difficult 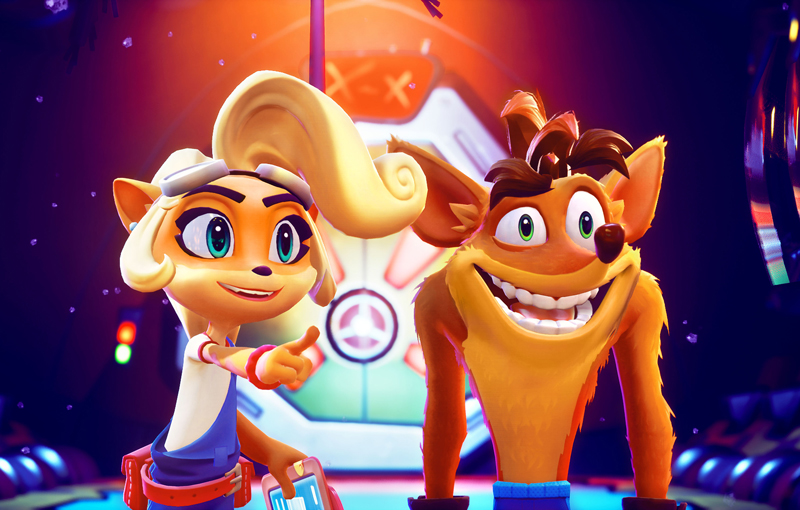 Crash Bandicoot 4: It’s About Time has been a long time coming. It acts as a direct sequel to Naughty Dog’s trilogy of Crash games, the last of which was 1998’s Crash Bandicoot Warped. Now that they're looked at as absolute classics in the platforming genre, trying to make a sequel should be a Force Awakens-sized impossible task. The madlads at developer Toys for Bob have done it however, and against all odds, they’ve done it well.

Crash Bandicoot 4 is a ridiculously addictive throwback to the good old days of platforming games, recapturing the magic of the original Crash trilogy with a handful of new features thrown in for good measure. Crash is back, baby!

No seriously, it’s actually about time 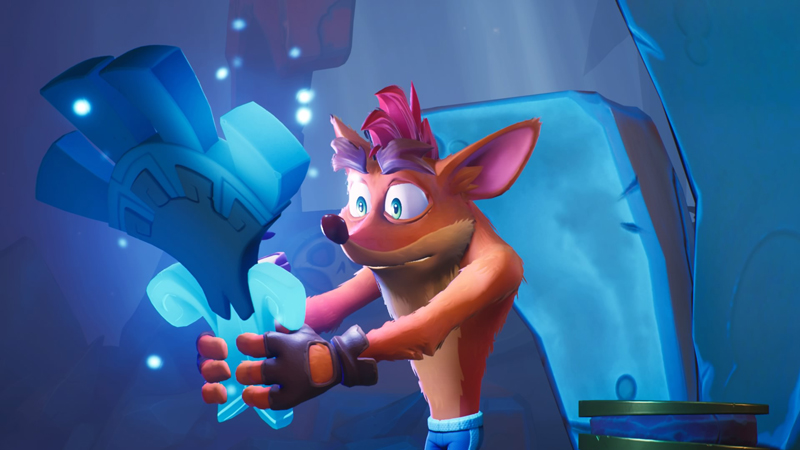 Crash Bandicoot Warped ended with villains Neo Cortex and N. Tropy trapped in a Phantom Zone-like prison dimension, so of course this game starts with them breaking out. Using Uka Uka, the duo escape the prison back into Crash’s dimension, and decide to travel through space and time in an effort to seize control of the multiverse. Crash and his sister Coco sniff out this scheme however, and enlist the help of four Quantum Masks - each of which give the duo strange powers - to save the day. Again.

Right from the get-go, it’s clear that this sequel is intent on being just as zany as its predecessors, and it lives up to expectations. The game has you travel through different worlds from different periods of time, as Crash and Coco chase down the four Quantum Masks. Crash himself controls beautifully, and feels almost exactly the same as the previous trilogy. You can also switch between playing as Crash and Coco at any point in the game, as the two share identical abilities.

What really amazes me is the fact that developer Toys for Bob was so intent on stuffing this game with as much content as possible. In addition to Crash and Coco, you’ll be able to play as Tawna Bandicoot (Crash’s ex), Neo Cortex (Crash’s arch-enemy) and Dingodile (just an Australian). All three of them come with special abilities, which make their levels an entirely different affair from the regular ones. Dingodile comes with a Luigi’s Mansion-like vacuum, capable of sucking up everything in its path and propelling him into the air. Neo Cortex can’t double jump, but he can shoot himself forward like a fireball and turn objects into platforms. 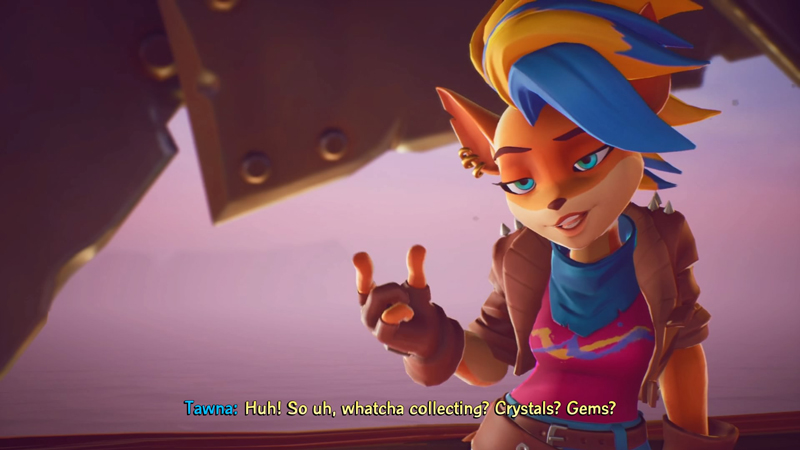 Tawna is the best one of the bunch - to the point that it feels like an entire game could be made with her alone. The adventure-seeker comes with a grappling hook that can skewer enemies or pull her to safety. Her swift kicks make for some really fluid melee combat, and wall-jumping just rounds her kit out in the most satisfying way. Toys for Bob did a fantastic job with not only building upon the story of previous games in the franchise, but their characters as well.

This game’s story is alright, in a campy LEGO game kind of way. Its tone has a fun Saturday morning cartoon vibe, which meshes really well with its colourful aesthetic and juvenile humour. The writing is really cheesy and jokes rarely land however, but you’ll forgive Crash Bandicoot 4 because of everything else it brings to the table. Veteran fans of the franchise will also appreciate the numerous digs and nods towards past games - such as Tawna questioning Crash on what they’re collecting this time (crystals or gems?).

I now have a drawer full of broken controllers 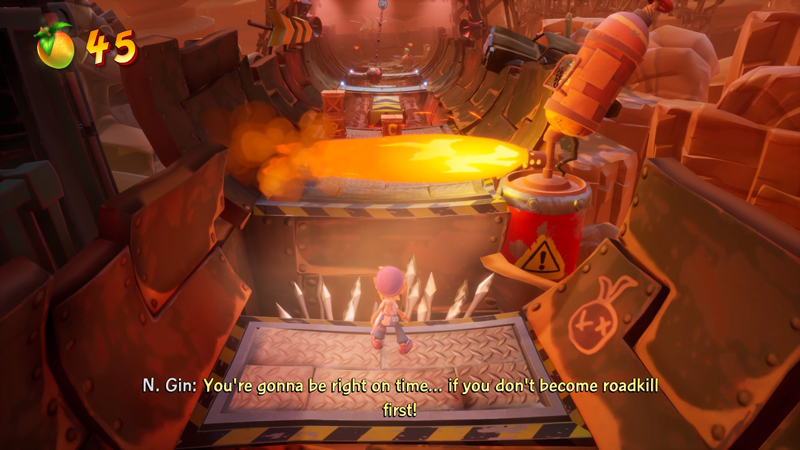 Crash Bandicoot 4 is hard. Then again, this a franchise born out of the PlayStation era of platforming games, when it was cool to make games nigh impossible to complete. Developer Toys for Bob has recognised that high difficulty is a huge part of the trilogy’s legacy, and they haven’t watered things down by much for this sequel. Don’t be fooled by its cuteness - this isn’t Super Mario Odyssey. You will die. A lot.

It’s About Time’s levels are all about incredibly precise platforming, the difficulty of which I can see turning many players away. Personally, I had tons of fun for about 75% of the game. But the other 25% had me wanting to throw my controller at the TV, and the TV at Toys for Bob. That’s the whole point to be fair, but it can be really hard to judge depth and distance during some of its chase sequences and more complex gauntlets. To that end, the developers have added an optional circle under your Bandicoot of choice - showing you where they might land after jumps.

Fortunately, the game can be played in two difficulty modes - Retro and Modern. Retro functions just like the original Crash trilogy, giving you a limited amount of lives to play through a level with. Lose all those lives, and you’re back to the start of the level. Collecting wumpa fruit earns you extra lives, and the game also tosses in additional checkpoints and Aku Aku Masks if you’re dying too much. Modern basically just gives you infinite lives and checkpoints throughout the level. Play how you want, but you’ll still die lots either way.

Write a Review
Compare This | Specifications
Gorgeous levels
Lots and lots of content
Very loyal to the original trilogy
Great pacing
Level design doesn't feel too imaginative in certain areas
Difficult to judge depth and distance during platforming
Humour doesn't land 80% of the time
Our articles may contain affiliate links. If you buy through these links, we may earn a small commission.
Sponsored Links