High-speed memory modules are Corsair’s specialty and remains to be a core part of their business. However, as we have noted in previous reviews, Corsair has recently embarked on a mission to diversify its portfolio.

Recently, we had the chance to Tim Handley, Corsair’s regional sales director, and he revealed some interesting tidbits about the company and their plans going forward.

If you follow our site closely, you would know that Corsair has made significant inroads in the SSD business with their award-winning Neutron GTX SSD, which also happens to be the winner of our Great High-end SSD Shootout from early this year. Tim also revealed that the company’s keyboard business is going well too, and that they are currently the second largest buyer of Cherry switches, behind only Razer. In addition, we also learnt that the company has identified casings as one of their target areas of growth. 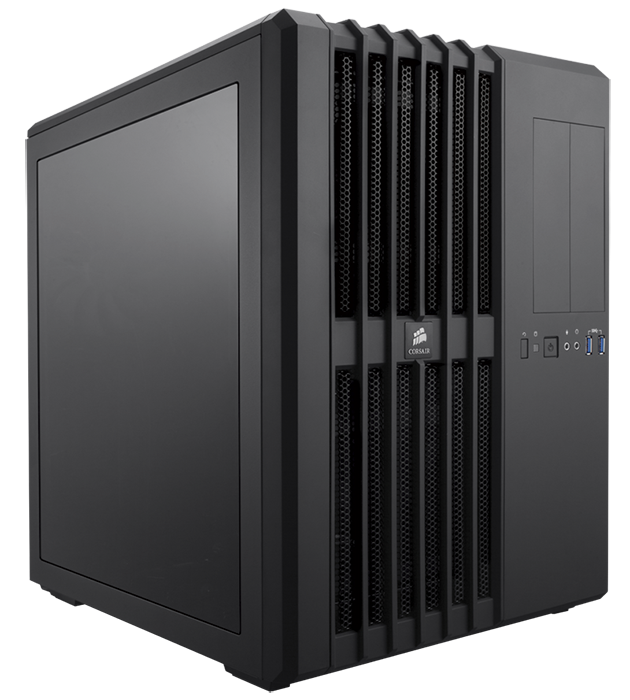 Just weeks ago, we reviewed their latest Obsidian Series 750D full tower casing and today we are taking a look at one of their more unusual casings, the Carbide Series Air 540 cube casing.

The Carbide Series Air 540 is unusual mostly because of its cuboid design. It is designed as such because it has two separate chambers within to house different components - motherboard in one of them, drives and PSU in the other. By doing so, the motherboard gets direct cooling from the front intake fans, and, according to Corsair at least, makes installing components and cable management much easier. To be sure, Corsair is not the only one that offers a casing with such a configuration as Lian Li does too.

Before we dive into the review, here are the key specifications of this casing.

According to Corsair, the Carbide Series Air 540 (hence forth known simply as Carbide 540) is a mid-tower casing, but because it has dual chambers, it is noticeably wider than your average mid-tower casing. Because of its unusually wide dimensions, users should take heed if they are thinking of placing the Carbide 450 into standard computer desks.

As one of Corsair’s more affordable casings, the Carbide is constructed using a blend of thick high-quality SECC steel and plastics. It feels solidly built and the panels have a kind of soft-touch matte coating on them, which is nice and adds a bit of visual effect. 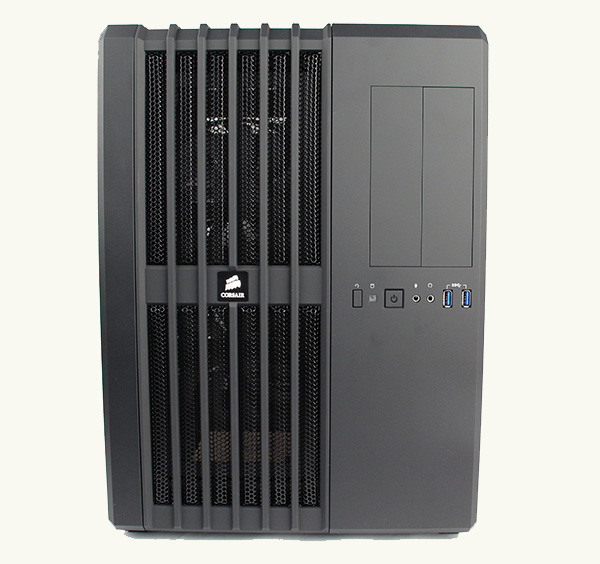 Like most of Corsair’s casing, the Carbide 540 is decked entirely in black and because of its asymmetrical design, with grilles running up and down one side, this makes it look like a mini-server. The grilles are in fact there to offer ventilation and cooling to the casing's main chamber, the one housing the motherboard, and by extension, the CPU, GPU and memory - the most important components that require good active cooling. 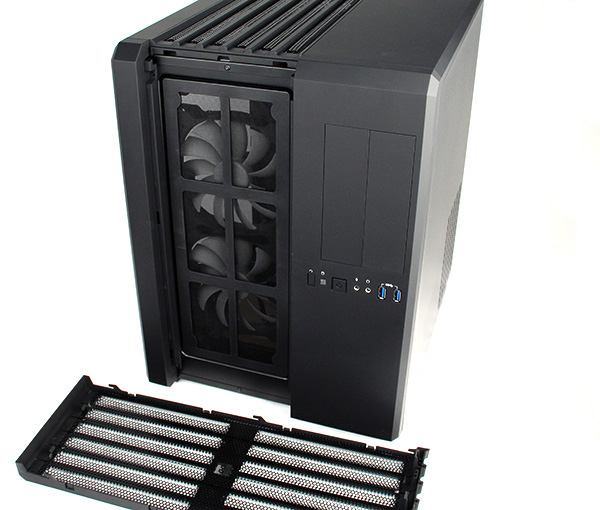 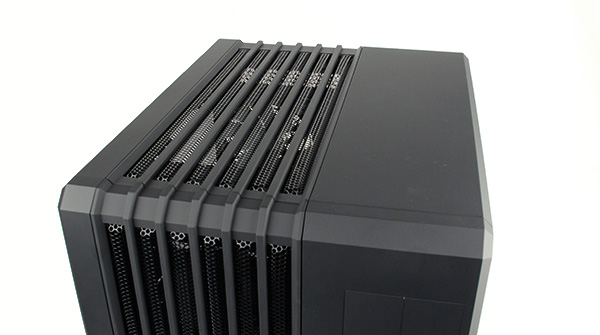 Behind the front facing grille are two large 140mm intake fans and a dust filter to help keep out dust and dirt. The top grille is there because underneath it are mounting points to accommodate additional fans or radiators (up to 280mm) for liquid cooling setups. Both grilles are easily removable, but only the front facing one has a dust filter. 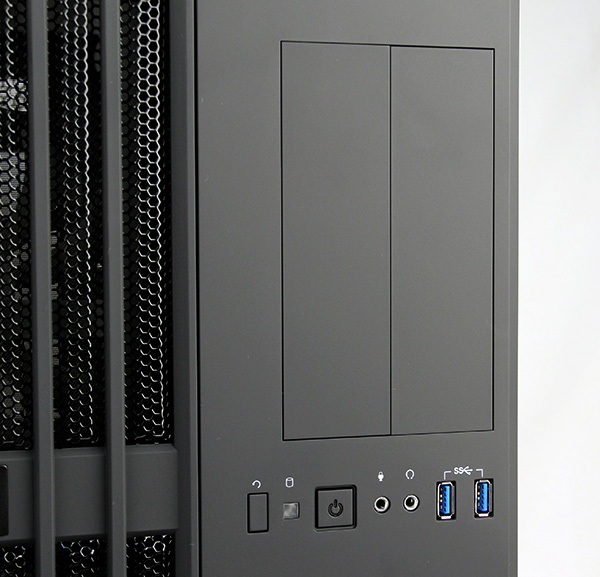 On the other side, where the 5.25-inch external drive bays and front-facing switches and ports are, is the secondary chamber that houses the PSU and drives - components which require less cooling. The Carbide 540 offers two front-facing USB 3.0 ports and the usual headphones and microphones jacks. A couple more USB ports would definitely be welcomed as two is really the bare minimum these days. 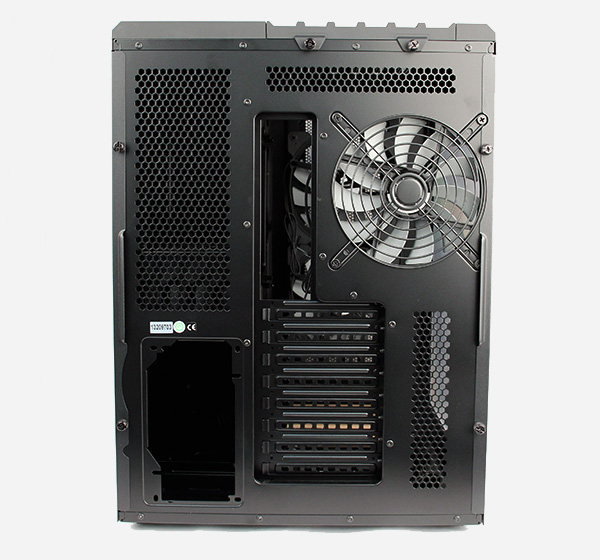 The rear side of the casing is pretty standard fare, with its single exhaust fan and eight expansion slots. The bottom of the case reveals cutouts where the 3.5-inch hard drives would go and the casing comes with rubber feets. However, we noticed that there are no provisions for installing wheels. Considering the odd size of the Carbide 540 and its lack of carrying handles, we thought that having the ability to install wheels would have made it easier to transport, should the need arise.