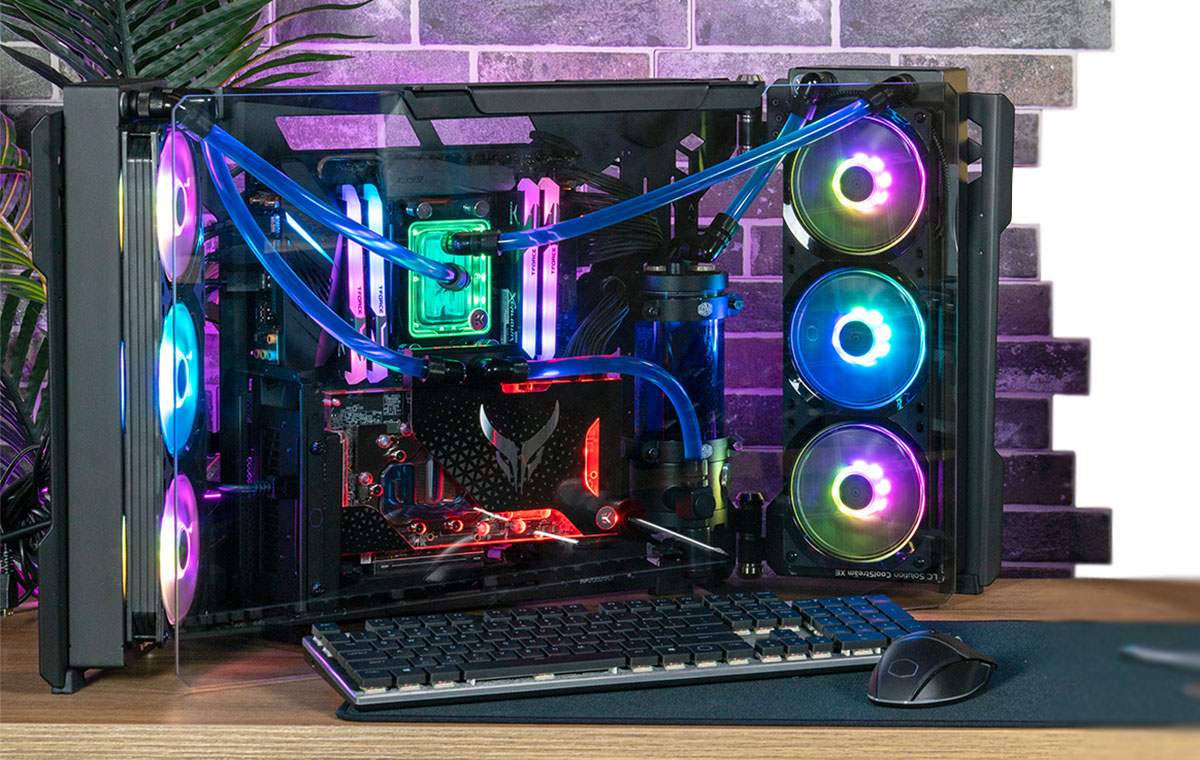 Strictly for the pros

What maketh a PC case? Well, logically speaking it’s that metal boxy-looking thing that protects your PC components and at the same time provides good airflow to help cool them down. So then, the Cooler Master MasterFrame 700 that debuted a few months back is not quite your conventional PC case. In fact, it may not even be the PC case for you.

You see, the MasterFrame 700 was designed by Cooler Master to be a modular and open-air chassis. Essentially, it’s a platform for you to mount your PC components to allow you to display your setup in all its glory, whether for showcasing your water-cooled setup or as a test bench for reviewers like myself. Let’s take a look. 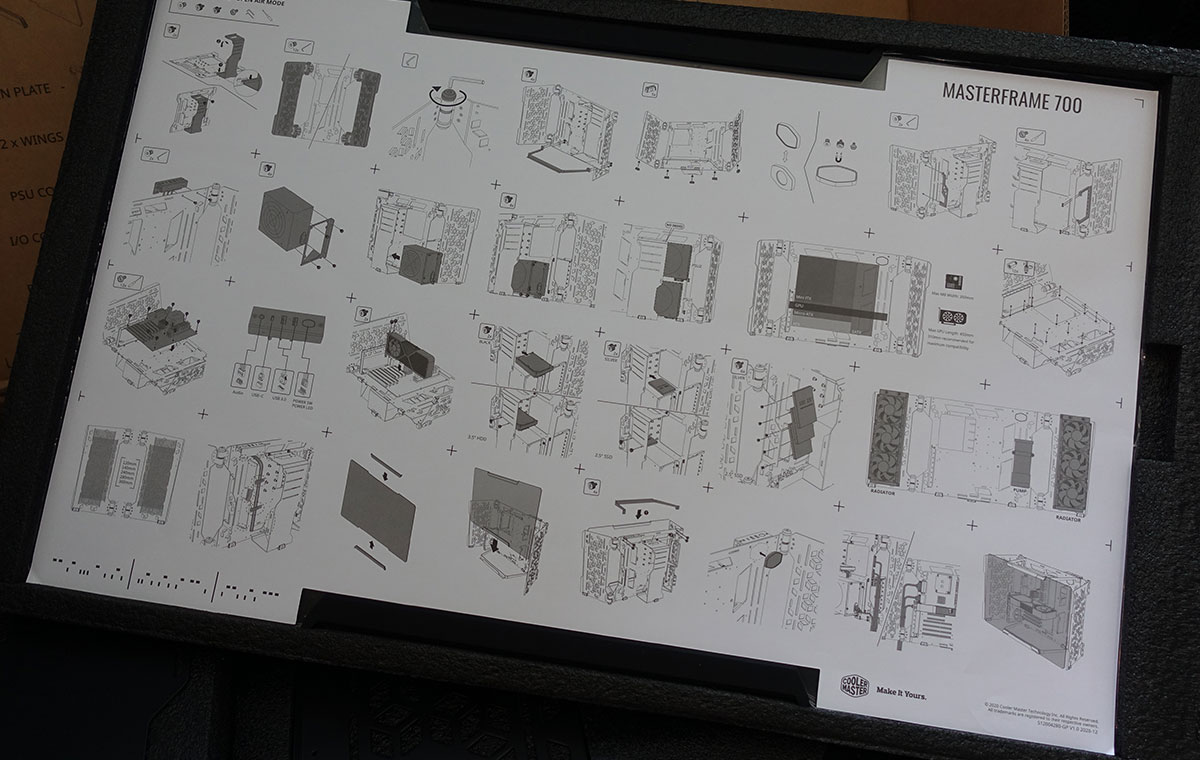 As someone who frequently tests PC components such as graphics cards, motherboards and CPUs, the MasterFrame 700 excites me a lot. Until I unboxed it for the first time. As you can see from the photo above, the instructions were extremely overwhelming – even for a seasoned PC enthusiast like myself. It doesn’t help that assembly of the case relies solely on images, without any contextual written instructions provided. This case is certainly not for beginners, fair warning here. 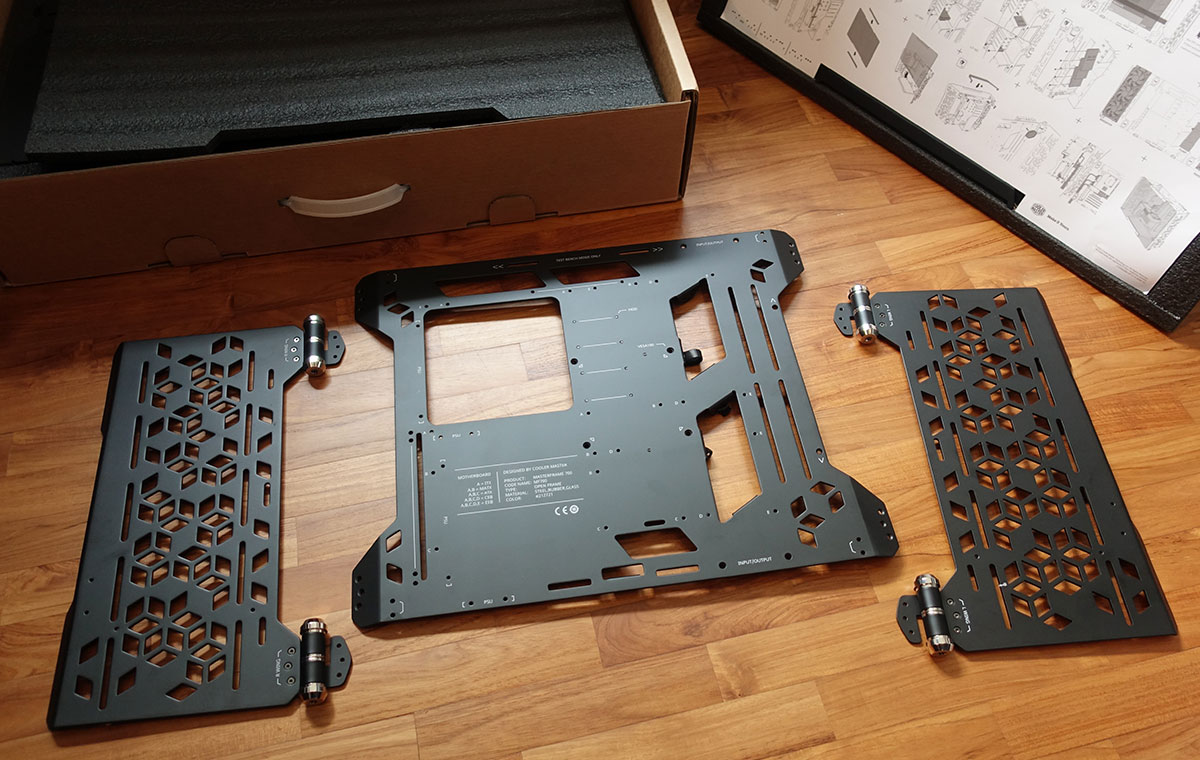 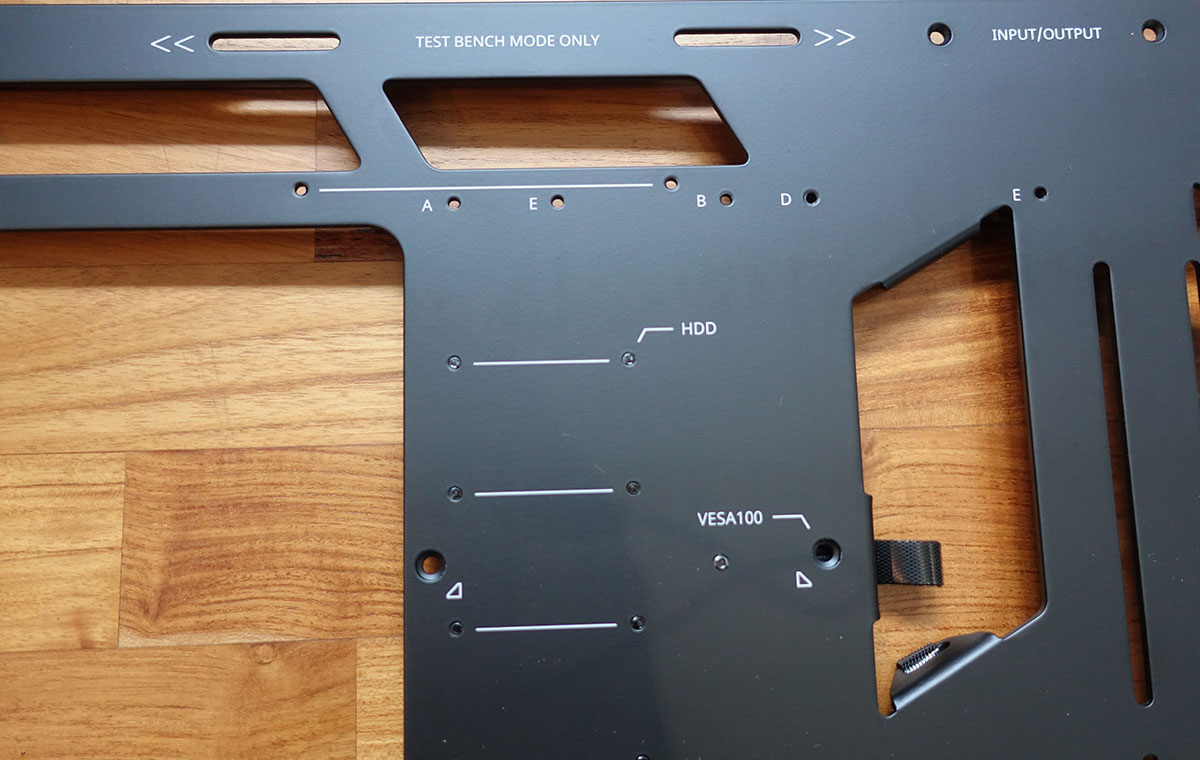 In total, there are 21 parts that make up the casing – not all parts are used, depending on the Mode that you’re building. There are also plenty of screws and bolts including spares. The weight of it is pretty hefty at nearly 12kg, more than what I can remember of most other PC cases that I’ve encountered before. Most of this weight comes from its main plate and two “wings”, which are made of steel. I like steel, as they are exceptionally strong, durable and almost impossible to suffer from warping problems that some alloy casings are prone to. 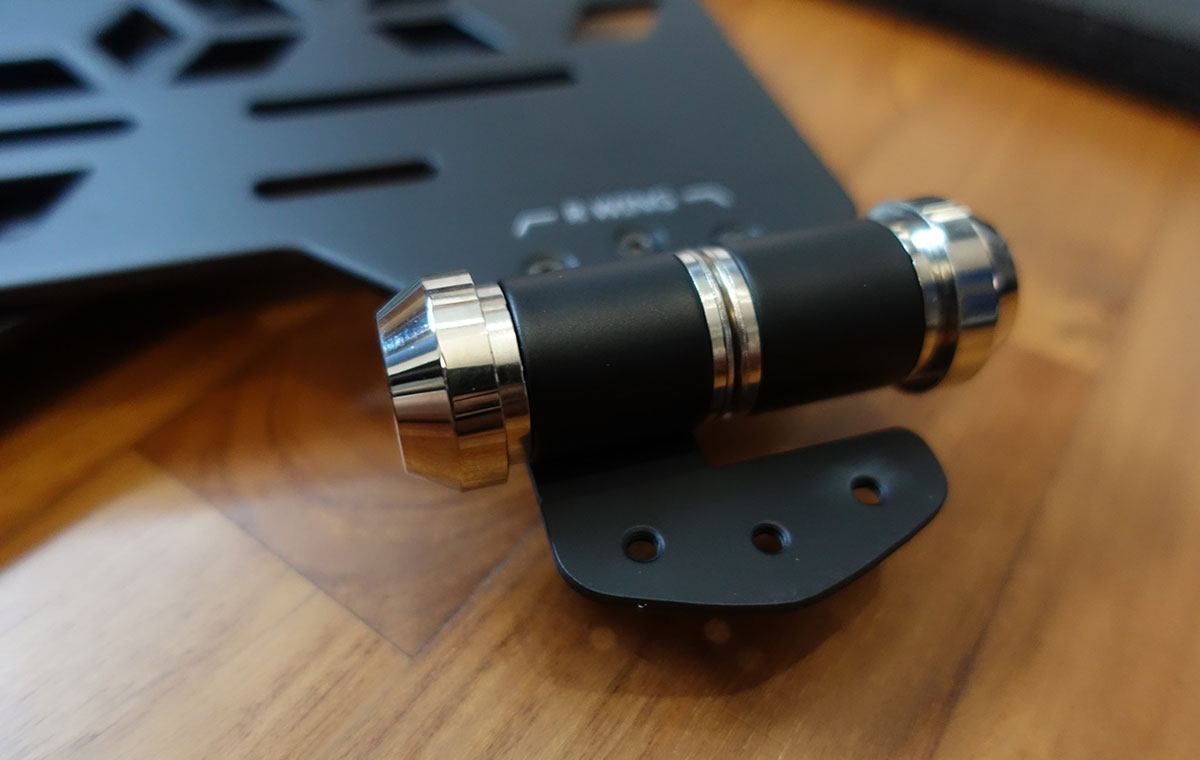 What’s unique to the MasterFrame 700 are the “Variable Friction Hinges” on each wing plate, as seen above. These are heavy-duty hinges that hold the side wings to the frame and allow for repositioning at any angle depending on your setup. The tension of the hinges can also be adjusted to make it easy to move or allow the side wings to hold heavier components, and I can see how this flexibility allows for modders to create their own extreme water-cooling loops and setups. 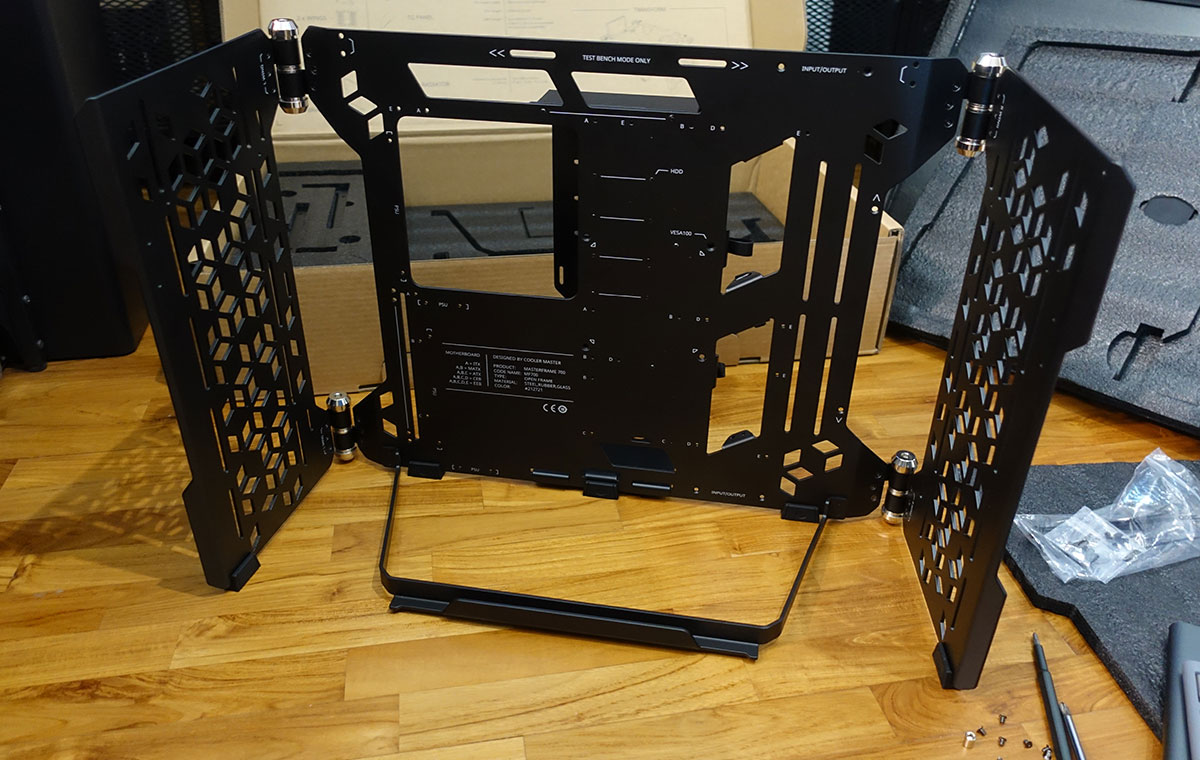 The MasterFrame 700 has two build modes, so I decided to assemble the “Open Air Mode” first as I intended to keep the second “Test Bench Mode” around longer in our test lab. What’s interesting is that you can also wall-mount the case in its Open Air Mode setup with the included VESA 100 mount (although with a weight limit), making for a nice wall piece to show it off, or as a way to save table space.

However, I’m not quite sure if the VESA mount position on the MasterFrame 700 makes sense, as it is right behind the PSU mount and the rear cover where hard drives are mounted on. This means if you want it flat against the wall, you’re going to need a mounted arm. And by the tech gods, it had better be a mightily strong arm because this is a very heavy chassis when installed with a full system. 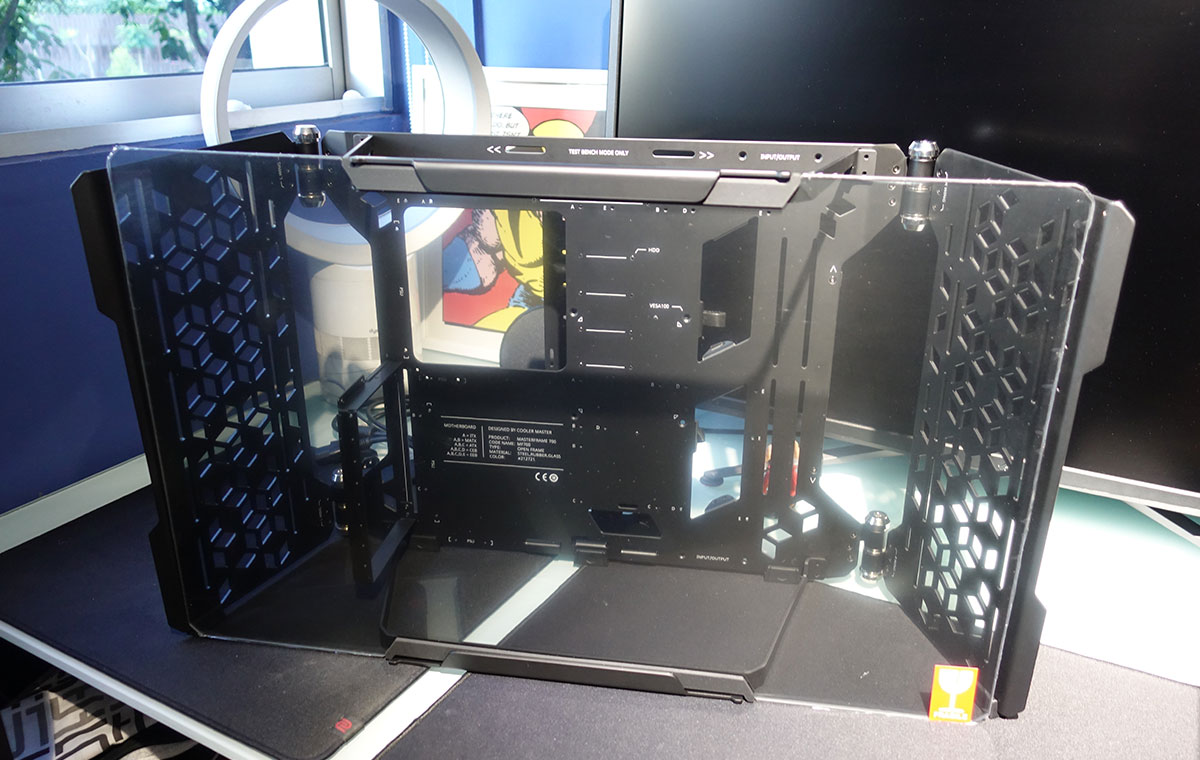 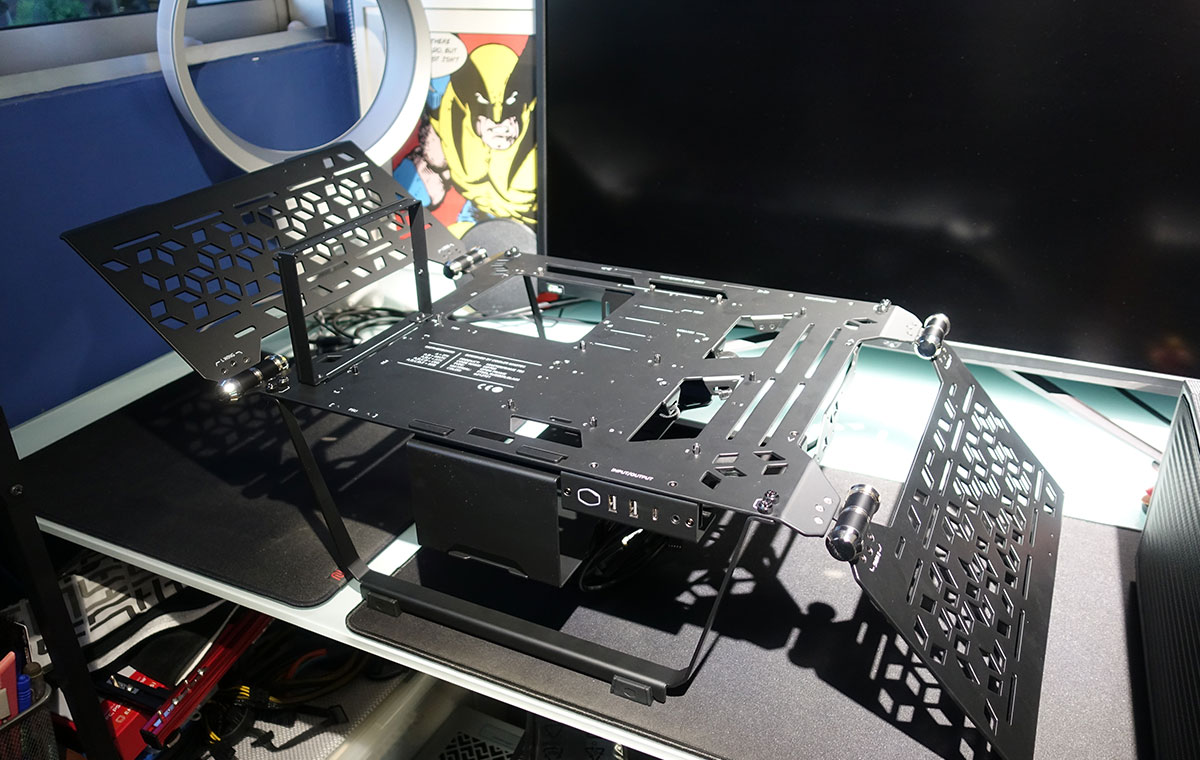 Transforming Open Air to Test Bench mode isn’t a simplified process either. While Test Bench is essentially laying the MasterFrame 700 chassis horizontally, as opposed to the Open Air’s “standing” position, removal of the two “TG Holder” that holds the glass panel is required – switching them to the underside of the main plate to hold up the Test Bench. The wings can then remain folded upwards, or even downwards. Depending on how, or even if you had, placed your coolers on the wings for instance, doing this transformation might require you to disassemble them first. In short, when you’re planning to build a system on the MasterFrame 700, you’d best plan if you want to stick with the Open Air or Test Bench mode right from the start. 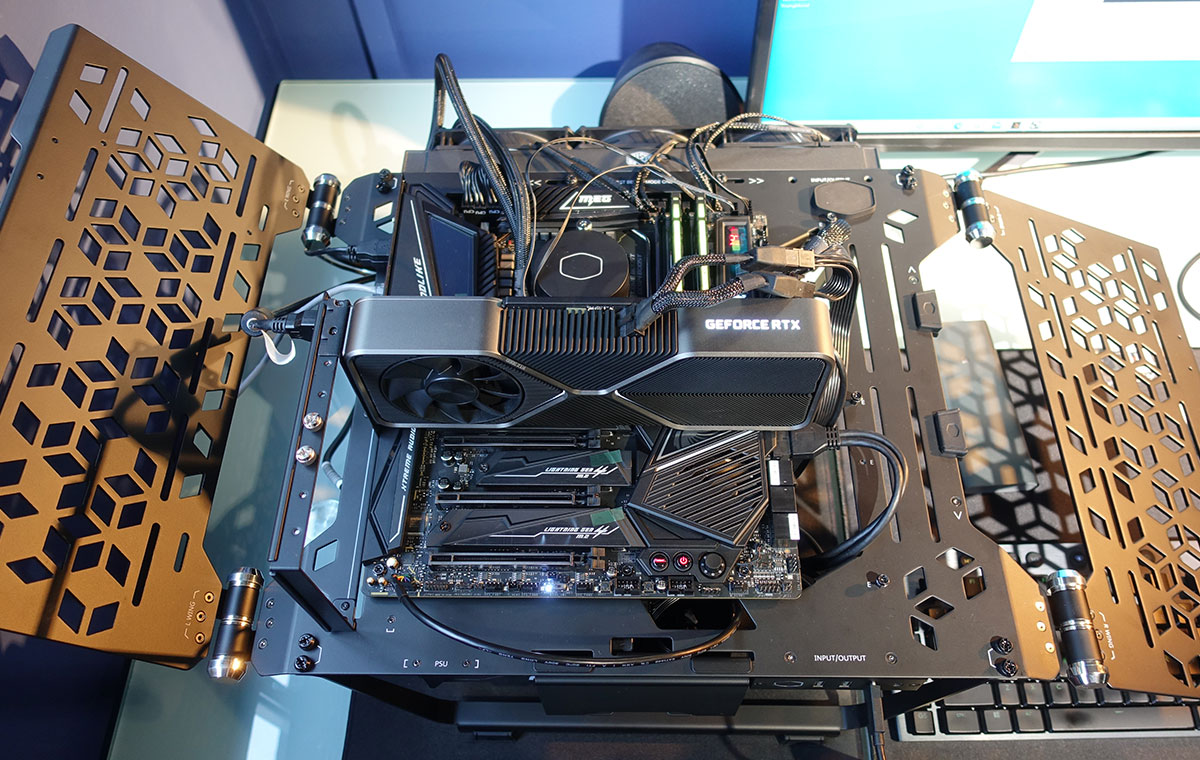 When I first got my hands on the MasterFrame 700, I thought it would make for a fantastic test bench platform. But as I got to work with it for this article, I get the sense that it’s more of a well-made, open-air chassis to showcase your PC build – especially for experienced PC modders. It could also work as a test bench of course, and admittedly, I intend to use it to test motherboards, coolers and other components simply because for reviewers such as myself (and YouTube-based testers), an open test bench allows us to change parts quickly and easily on a stable platform. The irony is that the test bench mode works really well without the two wings attached in my opinion, as I could place the AIO cooler above where the motherboard is (see below). Not to mention the space saved from not having the wings, though the setup loses some charm. 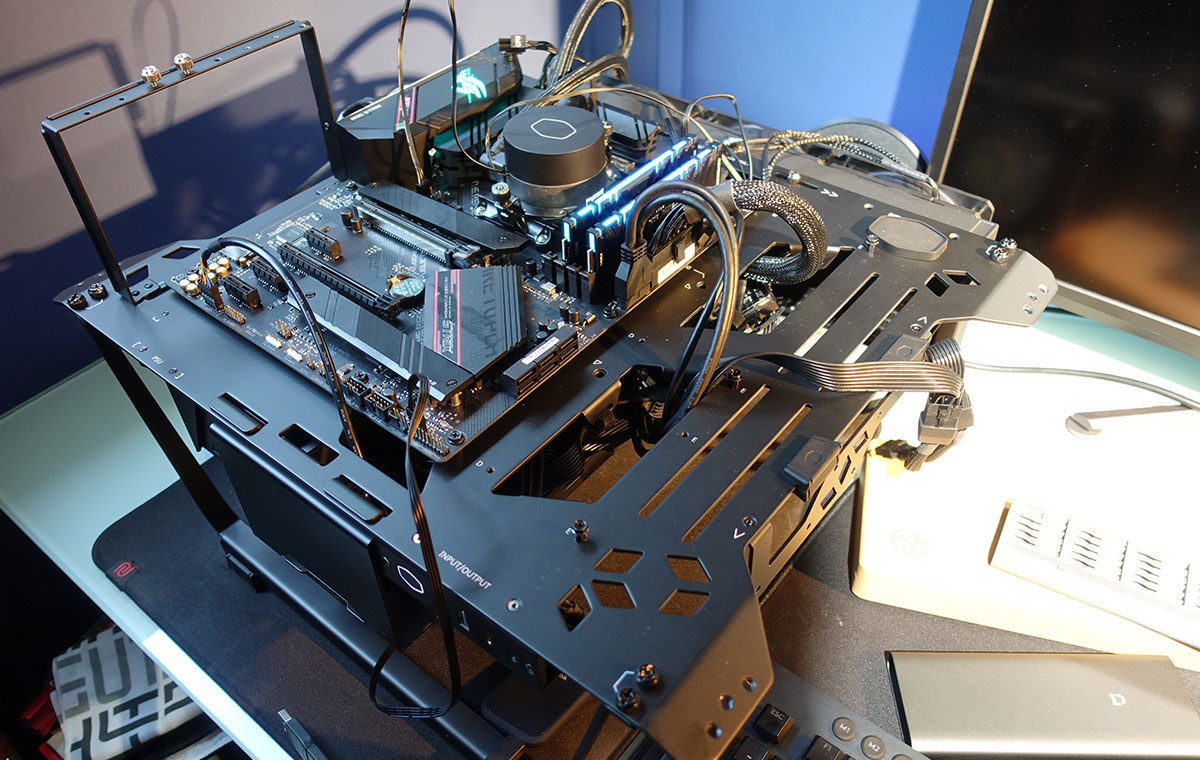 The major drawback about having an open system like the MasterFrame 700 is, obviously, the lack of protection from dust and small particles that build up over time. Or in the worst-case scenario, accidental water or coffee spillage if you’re the careless sort. So, if you’re building a system for long-term use, then this casing probably isn’t the most practical choice. On the other hand, there’s no denying that an open-air chassis has its own merits (like awesome thermals) and attractions.

The Cooler Master MasterFrame 700 is available for S$289 at Cooler Master’s Lazada Flagship Store and if you’re looking for an open-air chassis, this will be one of my recommendations.

Write a Review
Compare This | Specifications
Great, solid build
Fits all motherboard sizes
And also literally most types of AIO coolers
Plenty of customisation options for PC modders
Wall mounting is risky
Test Bench Mode have little use for wings parts
Instructions are not user-friendly
Assembly requires a measure of DIY experience
Our articles may contain affiliate links. If you buy through these links, we may earn a small commission.
Sponsored Links