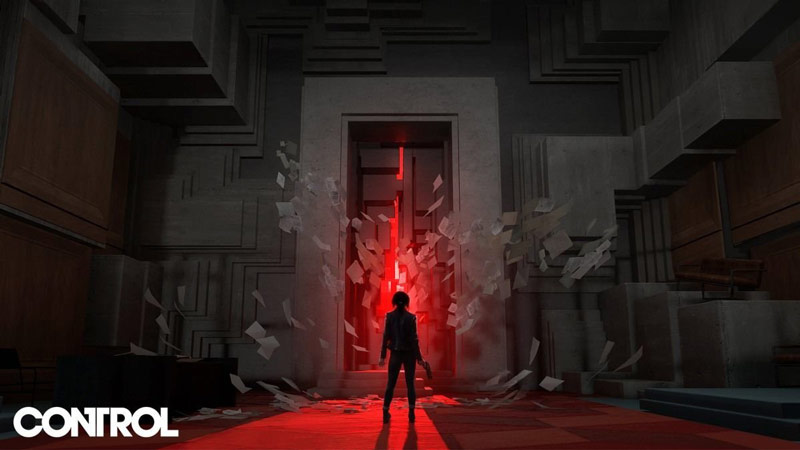 Control puts you in the shoes of Jesse Faden, a young woman who walks off the streets of New York and into the impossibly vast, shape-shifting headquarters of the Federal Bureau of Control (FBC); The Oldest House. In the beginning, you don’t know why she’s here. You don’t know what The Oldest House or the FBC even are. Well...get used to not knowing things in Control.

This game is determined to mystify you. Every corner of The Oldest House raises as many questions as it holds secrets. Why is that hallway red? Why are there people floating in the air? Why is this one room painted head-to-toe in yellow sticky notes?

The journey is what makes Control so addictive. All the stories, trinkets and little bits of lore the game feeds you throughout - each and every one are spellbinding in their own way. Remedy Games have undoubtedly created the weirdest - and perhaps one of the best - games of the year. Let’s talk about why: 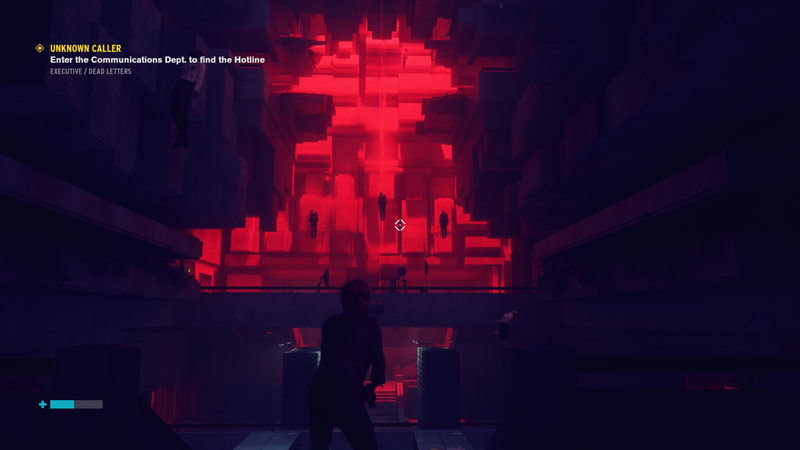 You don’t dedicate an entire section of your review to a game’s visuals unless they are truly outstanding. Control certainly lives up to this, especially so if you have a PC powerful (specifically with an NVIDIA RTX graphic card) enough to try the game out with ray tracing. Lighting has never looked better in a video game. Rich yellows and reds often dramatically paint key parts of The Oldest House, stunning me every time I came across them.

Remedy Games takes a lot of really unique creative choices here, dialling up the weirdness to a 10 with some really freaky environments and enemies. You’ll constantly feel like you’re playing through a really twisted H.P. Lovecraft story, and this game pulls that off in all the right ways.

The game also has some great environmental destruction. It feels awesome to wreak absolute havoc during combat, ripping boulders from the walls, shattering tables and chairs with the push of a button and slamming enemies into explosives and watching the pretty fireworks fly. It does feel a little weird when you brush past a table and everything on it proceeds to explode dramatically, but you come to accept that The Oldest House is basically built from cardboard.

The Evil Within meets Warehouse 13 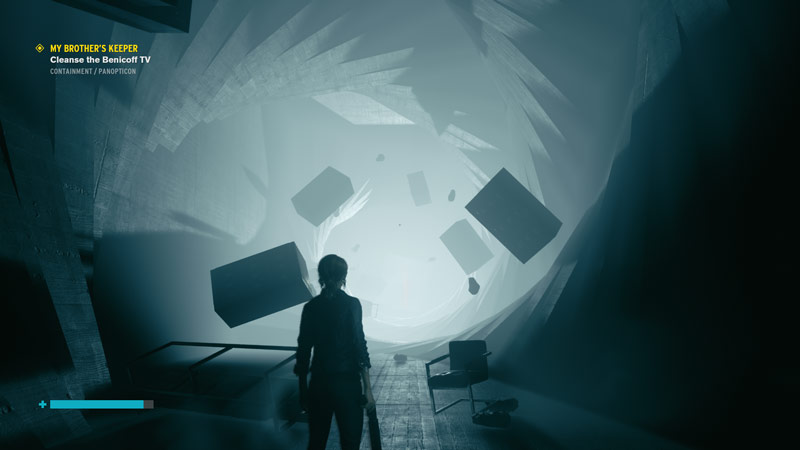 The Oldest House is probably one of the most memorable video game environments I’ve had the pleasure of exploring yet. I’m a sucker for X-Files/Warehouse 13/SCP type of stories where the supernatural is just a balloon or water bottle away, and that’s exactly what this game is.

The Oldest House contains many dangerous ‘Altered Items’; that is, random objects that have suddenly come to possess supernatural traits. For example, you might meet an FBC employee in dire need of help. He’s been tasked with staring at a fridge, and taking his eyes off it would have some dire consequences. You might even find out about a sinister baby pram that incessantly bellows black smoke, or an anchor that hides a mini-boss of epic proportions. 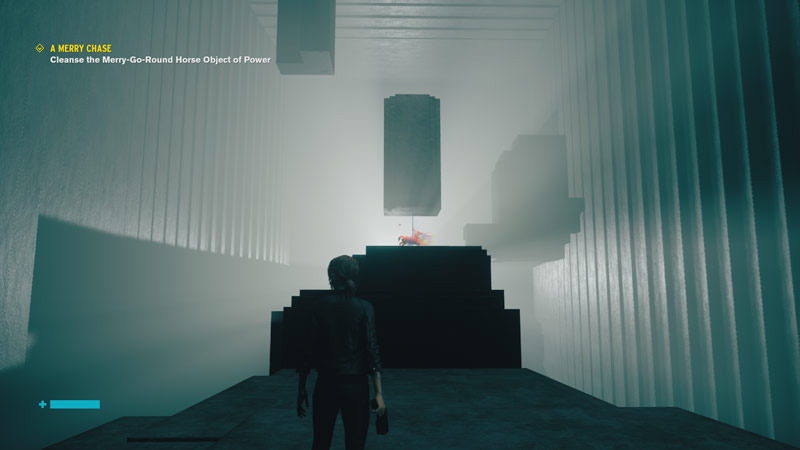 The Area 51-like nature of The Oldest House lends itself very well to exploration. You constantly feel like you want to explore every corner and uncover every secret, of which there are many. Even small things like notes and collectibles detailing the items contained in The Oldest House are absolutely fascinating to read.

Control is nothing without this building. It’s the beating heart of everything: the story, the characters and your entire drive to move forward. It’s like watching a magician pull an endless string of handkerchiefs out of his top hat. How far will this madness go? When does it all end? Do you even want it to end?