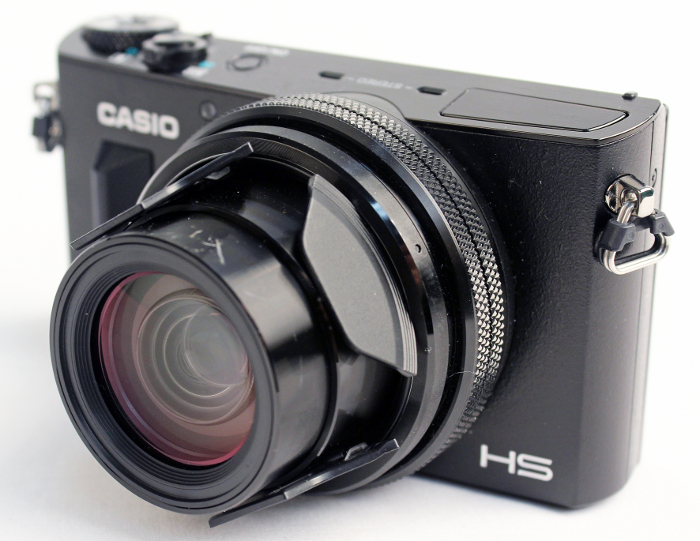 Many people assume that any tech gadget with the latest and most impressive hardware should therefore be the best. It’s an easy way for consumers to compare products. For example, a camera with a 20-megapixel sensor should theoretically outperform one with a 12-megapixel sensor.

But having the best hardware doesn’t always equate to having the best performance and value, and that’s why not every company aims to compete in the specs race. Casio has adopted this approach with it recently announced Exilim EX-100, where it’s marketed more as an ideal lifestyle companion rather than a camera boasting the latest and greatest hardware.

But that’s not to say the EX-100 has lackluster features. The camera has the ability to shoot at F2.8 throughout its zoom range, and also has Casio’s Intelligent Bracketing function, which shoots nine continuous images while varying the settings of two parameters such as contrast and saturation.

Wait a minute, a Casio camera you say? You may not associate Casio with leading digital compact cameras, but the Japanese company is looking to change that with the Exilim EX-100.

For those who aren’t familiar with photography, the wider the aperture (in the EX-100’s case it’s F2.8 and the smaller the figure, the better), the more light you can capture. This is useful in low-light situations as a wider aperture lets you shoot with a faster shutter speed, which helps reduce camera shake in your pictures. A wider aperture also helps you keep your focus area sharp and crisp while your background gets blurred as though it has been post-processed in your photo editing software. Also known has "bokeh" effect, it helps capture an aesthetically pleasing shot where it gives the shot more depth and presence to what matters most in your photo.

It’s common for a compact camera’s aperture to narrow down as you zoom in closer to your subject. Unlike a standard compact, the EX-100 is able to shoot at its widest aperture even when you’re fully zoomed in, which is very useful in maintaining all the advantages of a wide aperture and taking advantage of it in no matter the zoom level used.

The first thing that you will notice about the EX-100 is its size. The camera is chunkier than your average point-and-shoot. But that’s because the EX-100 comes with a display that can be flipped up, which increases the overall dimensions of the camera. And don’t forget, when a camera has a wider constant aperture, the glass used in its lens construction is generally larger and heavier.

The EX-100 does have a reassuring heft to it, and the die-cast magnesium body also contributes to its solid and sturdy feel. There’s a textured finger grip on the front, which helps with holding onto the camera. We would have preferred it to be rubber instead of plastic though. The EX-100 comes with a control ring, and you can assign various functions to the ring such as setting white balance, ISO and zooming in and out like how you would with a DSLR lens. 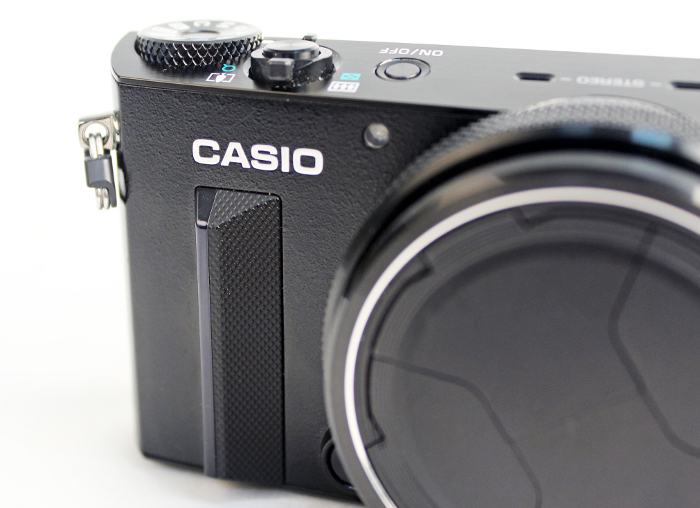 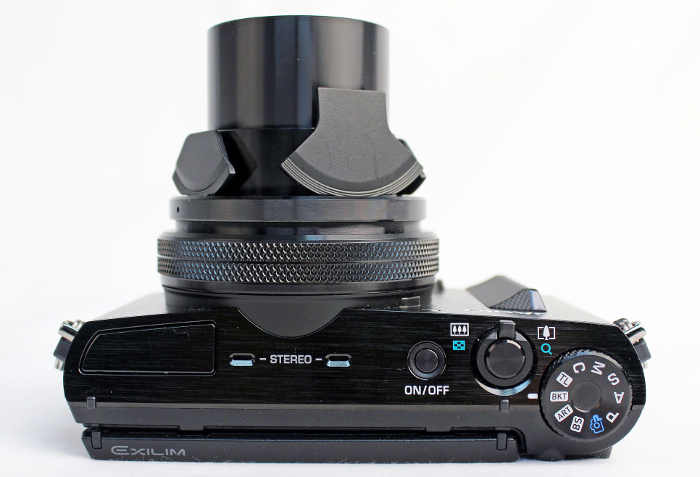 Thoughtfully, there’s a shutter button on the front, below the lens, which can come in handy for taking selfies with the screen tilted up. It can also be used during playback mode. For example, while you’re viewing images on the camera, the front shutter button can be assigned functions such as sending the image you’re viewing to a smartphone over Wi-Fi, which does help to save time and button presses to select an image and manually sending it over.

The top plate of the camera is pretty standard with the power button, zoom lever, mode dial and a pop-up flash. 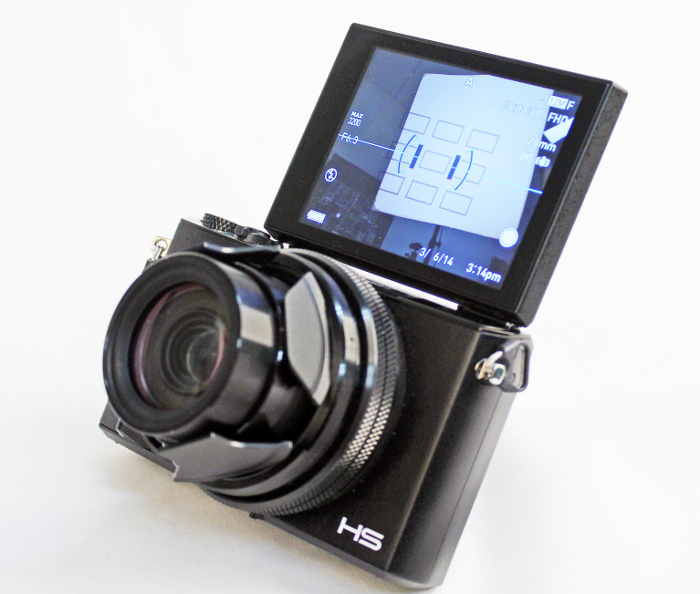 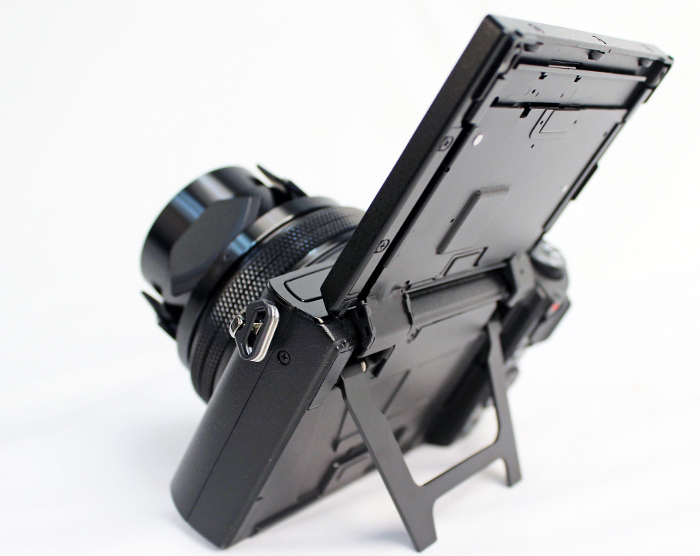 On the rear you have the 3.5-inch 921,600-dot LCD display which can be can flipped up or down as mentioned earlier. Flipping up the screen when the camera is turned off will also power up the camera. The display isn’t touch-enabled, so you will have to use the d-pad to select settings and set the autofocus area. There’s a built-in stand right behind the display, which you can use to set the camera on a surface for timed shots.

You'll also find a textured thumb rest on the rear, with the ring button below it. The ring button lets you assign functions to the control ring as iterated earlier.