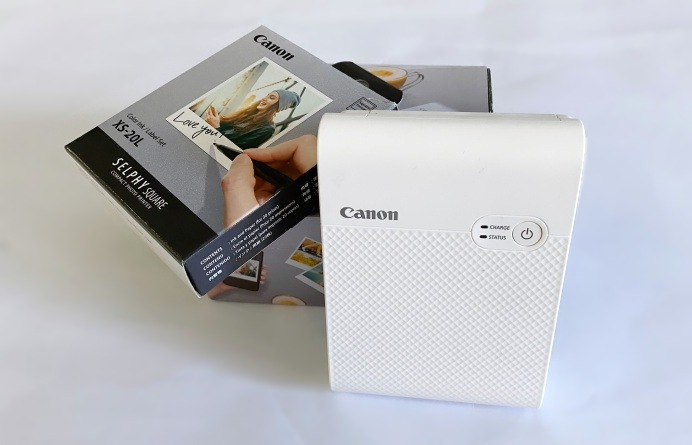 Going square doesn’t mean you have to be boring

I remember being blown away by the quality of the printouts from the first photo printer I used some 15 years ago. It was a dye-sublimation (I'll get to what it means later) photo printer from Sony that printed only in 4R sizes. I can’t remember the model, but the quality was one of the reasons why I was so excited to get my hands on the Canon Selphy Square QX10 when it was announced recently.

At the time, inkjet printers were still kind of in their infancy and while some showed the potential quality they would eventually achieve, dye-sub printers (to use the colloquial term) were just so much better. 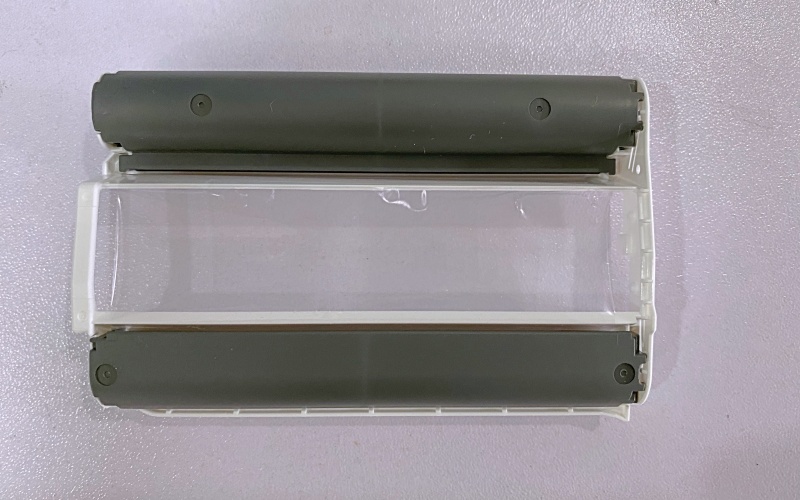 Dye-sub printers work by the use of heat. The printer cartridge contains a roll of a thin plastic film carrying cyan, magenta and yellow dyes in sequence. The print head moves over each of these coloured films in turn, and as it does so it heats them and causes the dye to transfer to the photo paper in vapour form. The vapour embeds itself within the structure of the print paper, and then cools, returning to a solid-state.

We asked Canon why they held on to both dye-sub and their existing Zink-based photo printers and they said that Zink and dye-sub technologies were used in different products to achieve different results as they each had their own pros and cons. They added that dye-sub printers produced higher quality images compared to Zink-based ones, and that meant photos looked sharper with brighter colours. 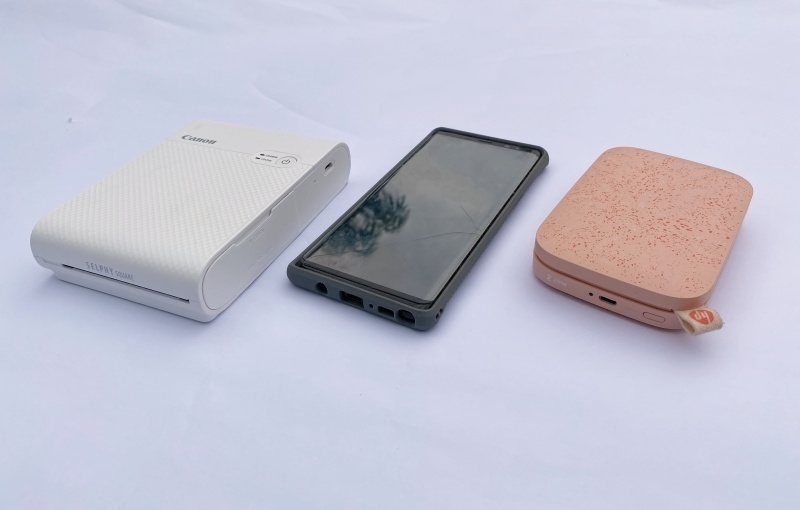 Recently I’ve been using an HP Sprocket 2 for the kids to keep them amused and to print small things they need for art class in school. It used Zink or "Zero-INK". The paper used has several layers: a backing layer with optional pressure-sensitive adhesive, heat-sensitive layers with cyan, magenta and yellow dyes in colourless form, and an overcoat. The different colours are formed using heat and does not require ink cartridges and prints in a single pass.

The Sprocket 2 printer is light and portable and the photo quality was good enough given the small prints, but while good, it was no dye-sub and I felt restricted by the small size of the paper available. Our past encounters with Zink paper based photo printers were also lackluster and it was more about convenience than about quality. Hopefully the Canon Selphy Square QX10 rectifies our concerns. 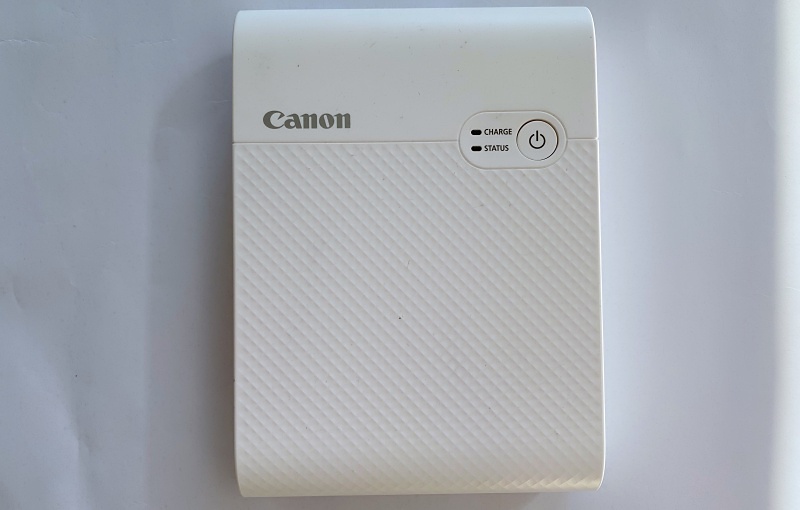 Small and svelte the Canon Selphy Square QX10 is not.

Once out of the box, it is portable yes.

But not the “Slip into a pocket and go” type. More of the, “Put it into a bag and let’s go.” The need for extra space to house the dye-sub ink cassette adds to the size and there is a definite weight to it.

There is nothing to fault with the build quality. The Canon Selphy Square QX10 printer is available in black, pink, and white. The design itself gives it a solid, stocky feel with a textured top and clean rounded curves. The charging port and comportment for the dye-sub cassette both open on the same side, allowing for an overall smooth and flushed finish on the sides. 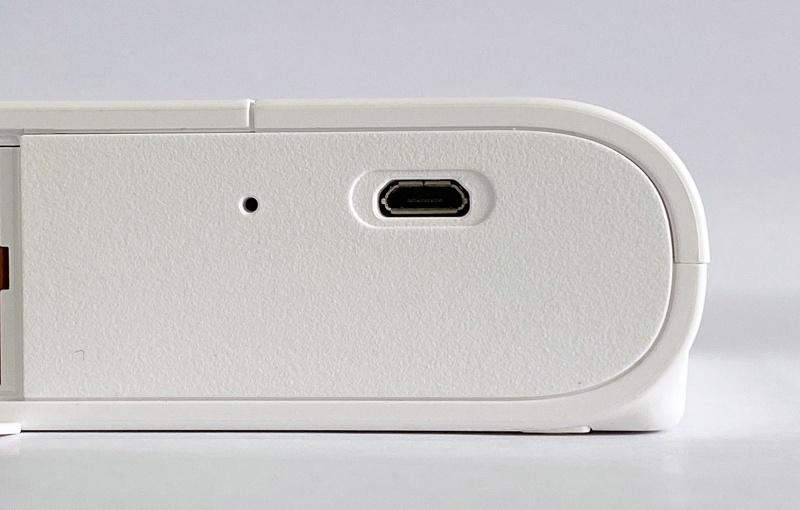 Like I said earlier, the weight is something noticeable. There doesn’t even seem to be any way to consider lightening the printer. I guess the benefit here is that you can use a power bank to recharge the QX10 when you’re outside and on the move, especially since it uses the ubiquitous micro-USB port.

Given the size, I wonder if an LCD could have been included so some editing or print options could be set on the device rather than only via the app. But unless the QX10 was given the ability to print from some internal storage or external source like a USB drive or SD card, I guess an LCD wouldn’t be much use and only adds to the weight and cost. 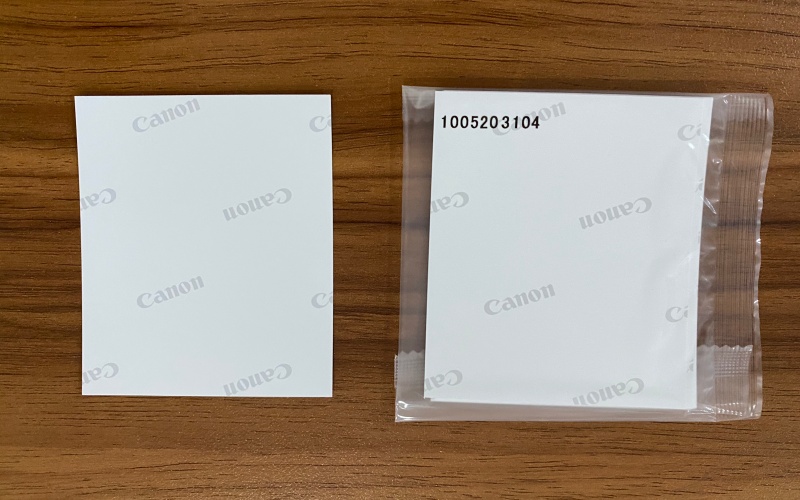 The printer uses a new square-format ‘sticker-type paper’ Canon is calling XS-20L that has a specialized coating that ‘protects against splashes, spills, and fading for up to 100 years when stored in an album,’ according to Canon. Up to 10 sheets can be loaded at a time with 20 sheets included in each packet. Each dye-sub cassette is able to print 20 pictures. Replacement packs come with a dye-sub cassette and 20 sheets of the photo paper.

But there is a cost to them. Buying the cassette and paper from Canon Singapore’s online store will cost S$19 each time.

As with most things these days, you need an app to make this work with your photos. 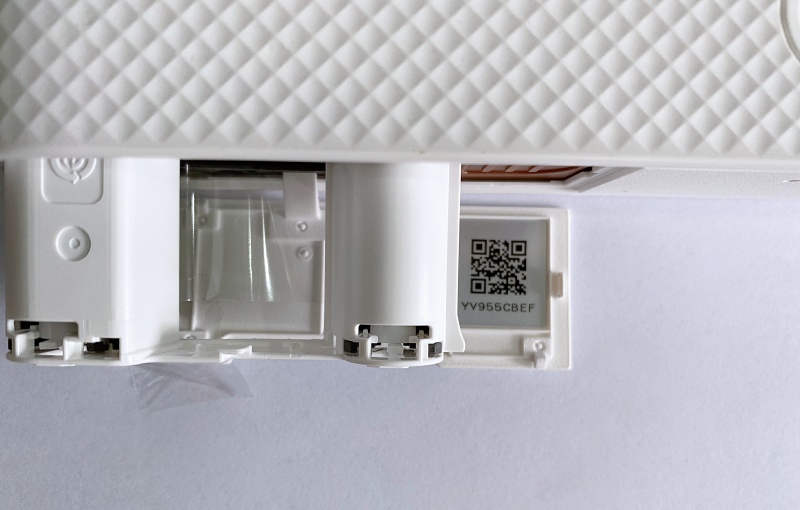 Connection to the printer is fairly straightforward. Download the app from the Apple or Android stores, scan a QR code on the dye-sub cassette cover and that’s it! Easier than having to detect it among many other devices you may have running at home. 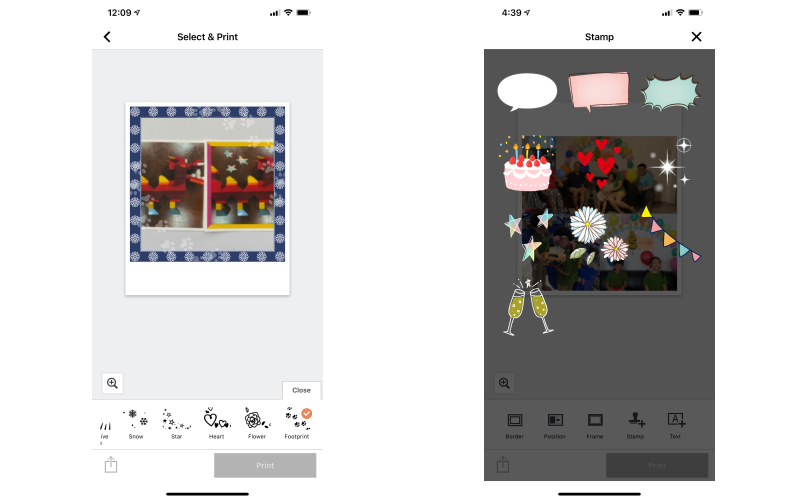 Within the app you can do some basic editing, add frames and small effects. It is relatively basic but has enough features to get the job done. You can reduce the size of the image or reposition it slightly but reducing the size leaves a larger border around the image. This can be solved by adding a frame and some other superfluous images around the image before you print. 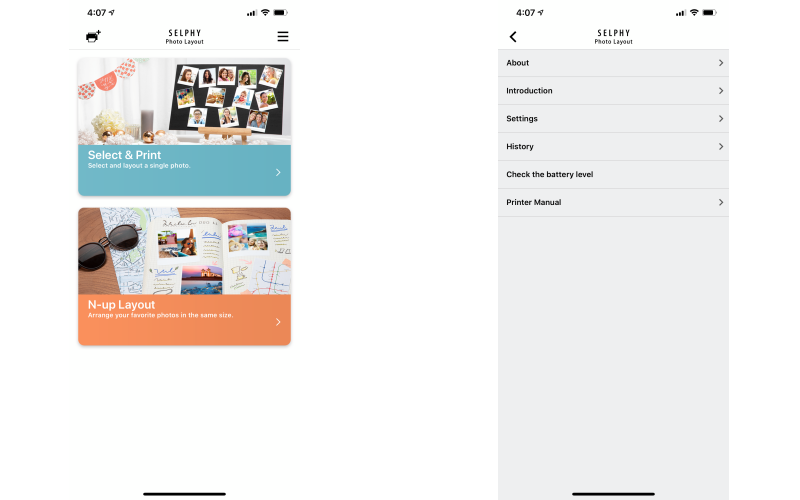 You can adjust the usual brightness, contrast and saturation but there is no option to do an automatic touch-up. There are the usual filters made popular by Instagram and these are easily applied. 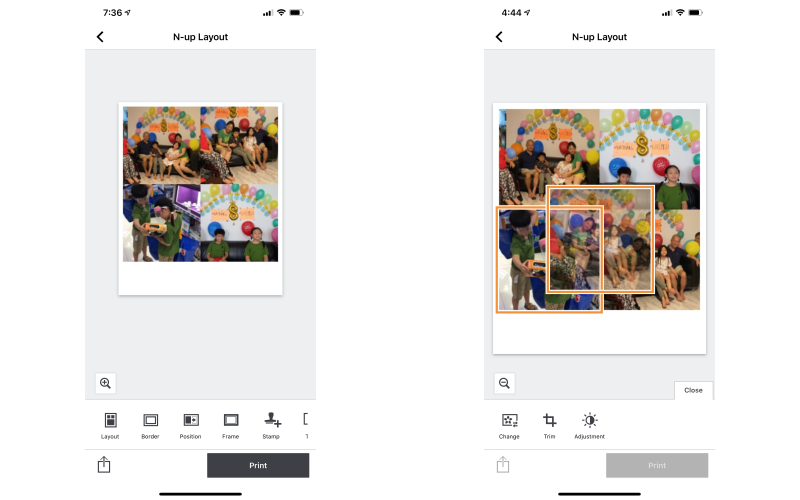 You can also create collages. Simply select the images, the right sort of frame and the app will populate the frame while right-sizing the images at the same time. You can also drag and drop the images into the position you want.

Printing isn’t borderless and the frame can cut off some of the image you choose to print.

Plus, as the paper is square, unless you set your camera to take square pictures, or print from Instagram a lot, I think some of the uniqueness of the square shape is lost.

If you’re in a rush, this isn’t the best option for you. Let’s just say the Selphy Square QX10 isn’t the fastest photo printer out there. This is because, like all dye-sub printers, it takes four passes to print a single photo as one colour is printed each pass. 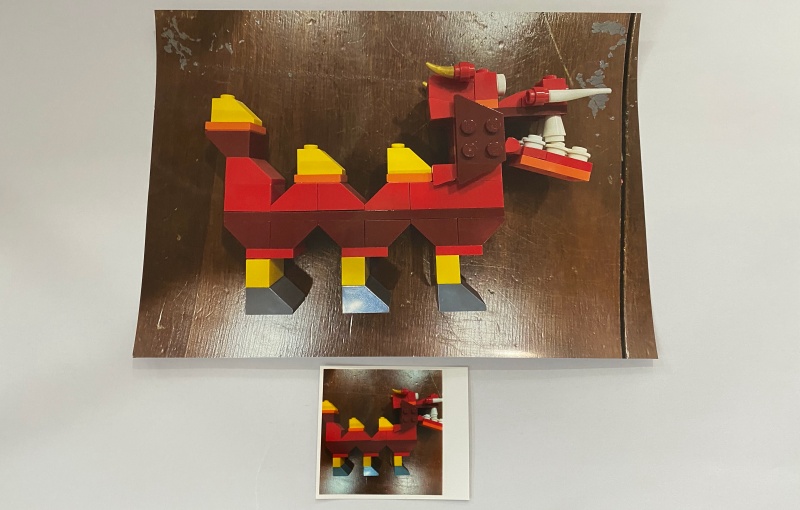 As a comparison, we printed borderless A4 using a business class inkjet printer, and it took two minutes 19 seconds to complete. the QX10 took 48 seconds for our test and roughly the same in an average speed printing 10-sheets.

That in itself isn't very slow. But consider if it was scaled up to A4 size. You'd be there waiting for more than 15 minutes!

As we mentioned before, and as you can see from the print process video below, the printer takes a number of passes to actually print an image. But it is worth waiting for.

Our printed images came out pleasing to the eye with the print and colour quality truer to life than most Zink-based photo printers. The QX10 handled the reds well with no oversaturation. You can also see the wood grain clearly and the different light sources are clearly visible with no bleeding or blending of colours. 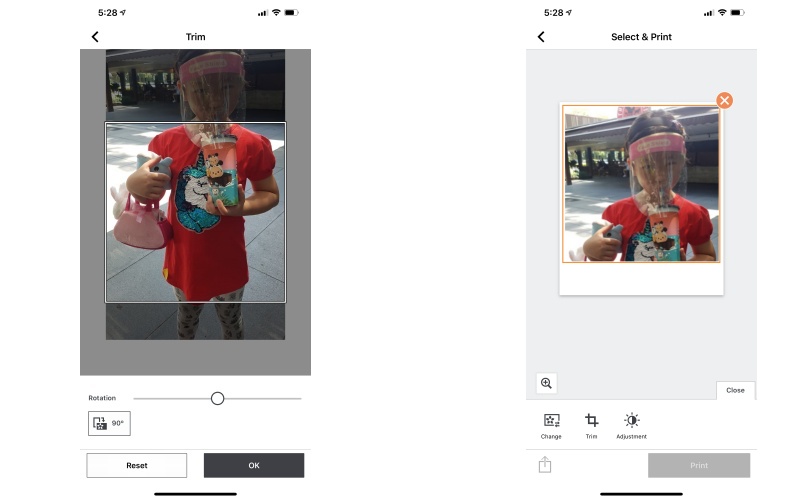 But the time taken to print aside, our main complaint is the nature of the square print. I get that Instagram images are square, so it makes sense if printing Instagram images, but I’d like more options. The paper is long enough so that there is the chance to extend the image so that it doesn’t need to get cut-off or reduce in size. 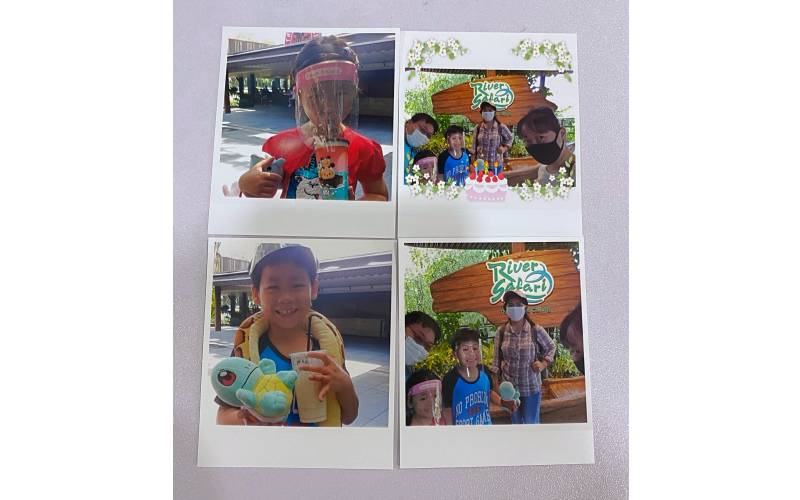 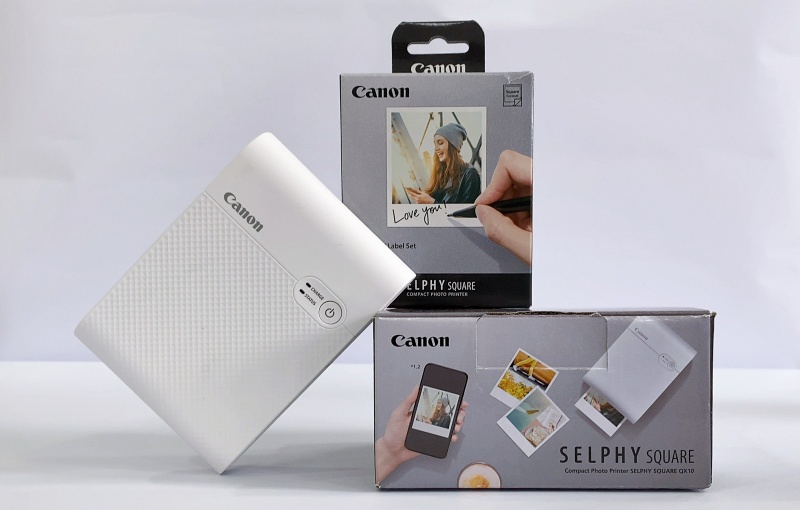 Is the Canon Selphy Square QX10 worth buying?

Like other dye-sub printers, it certainly prints photos well. Retailing at S$219 for the printer only, it is slightly more expensive than some competing Zink-paper based printers but cheaper than the Canon Selphy CP1300 (also a dye-sub printer that prints up to 4R sizes). But the CP1300 has an LCD screen and prints larger photos. Bear in mind that consumables for the QX10 will cost S$19 for a set of 20 sheets of photo paper and a replacement dye-sub cassette.

Based on all that I’ve seen, I’d have to say that only if you were heavily invested in the Instagram lifestyle would this really appeal to you. It’s not that this is a bad printer, it’s just that there isn’t enough in it to be a photo printer that can meet an entire family’s needs.

For those interested, you can shop for it on Canon's webstore here.