Canon PowerShot S120 - The Most Refined PowerShot Yet

Smartphones have been slowly eating away at the lower end of the compact camera market, thus camera manufacturers have been shifting their attention to the advanced segment of the compact camera market to offer consumers a good step-up from their phones. While many are fine to make-do with their smartphones for candid shots, there’s still no denying the superior image quality and performance of a compact camera when it comes to taking pictures of an important event or occasion, especially one that shoots in RAW such as the Canon S-series.

Canon’s S-series was one of the first few entries in the compact prosumer segment at a time when manufacturers were focusing on affordable DSLR cameras, and so it’s interesting to see how the S-series has evolved amidst all this competition. The latest model, the S120, may not look any different but features a few improvements under the hood.

For starters, while sensor resolution and size remain the same, the maximum aperture has been widened from F2.0 to F1.8, which isn’t ground-breaking but at least matches the competition. The rear display’s resolution has always been improved to keep up with the competition, from 461,000 dots to 922,000 dots. Its Digic 6 processor also promises faster AF speeds, but in a situation where competitors are touting faster lenses or larger sensors, where does the PowerShot S120 stand? Let's find out in this review. 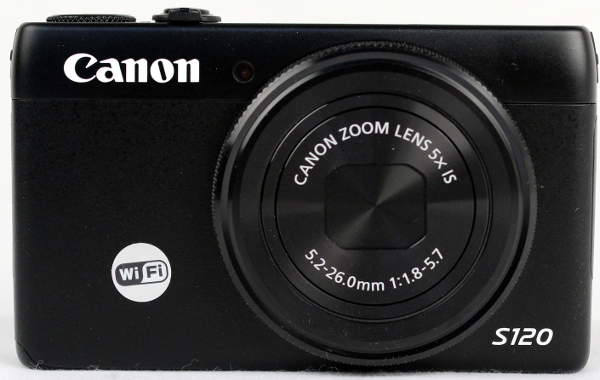 Canon doesn’t reinvent the wheel here when it comes to the S120’s design, but that also means there’s not much of a learning curve for those used to handling a standard compact camera. The PowerShot 120 felt solid in our hands, though it unfortunately does not have a finger grip on the front, so holding on to it may be difficult for those with sweaty/oily palms. Aside from the lack of a finger grip, the most notable thing on the front of the PowerShot S120 is the control ring, which is found on the lens barrel.

First found on the S-series that started it all, the PowerShot S90, the control ring has been replicated and can be found on many advanced compact cameras. As they say, imitation is the sincerest form of flattery and the S90's control ring is proof of that. When left at its default setting, the control can be used to adjust whichever setting that's most relevant to the current shooting mode, such as aperture in aperture priority mode or shutter speed when in shutter priority mode. The knurled surface and tactile feedback made the control ring easy to use, and it was definitely a handy way of adjusting settings without needing to dive into the menu. 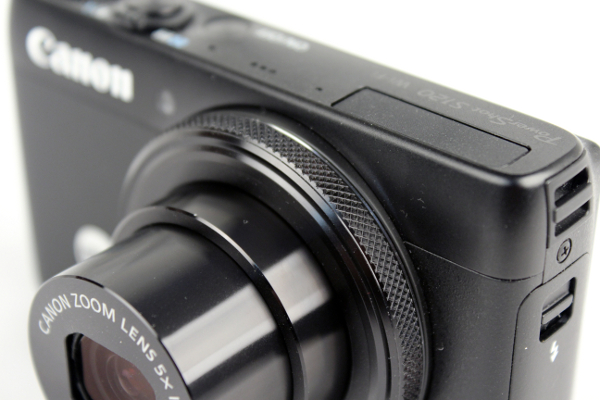 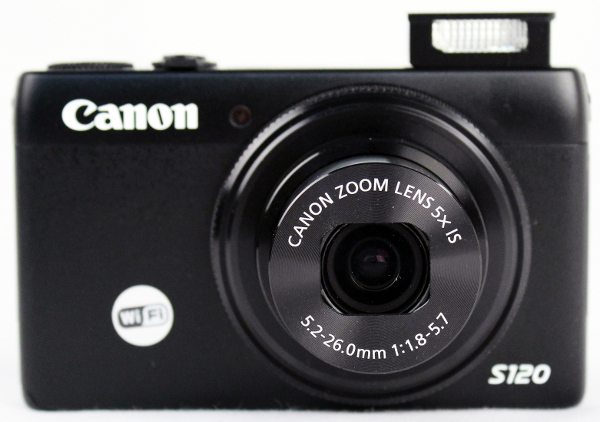 The rear of the camera is largely occupied by the upgraded 3-inch 922k-dot LCD, which also happens to be touch-sensitive. Tapping on the screen allows for users to set the focus area or even fire off a shot; we found this feature to be very useful and wonder why every compact camera has not been outfitted with a touch-sensitive display yet. The ability to set your focus point with a tap gives the PowerShot S120 an edge over some of its peers that lack this useful feature. In fact, the PowerShot S120 also allows you to select a focus point even while you’re filming video, something its predecessor, the S110, couldn’t do.

While the PowerShot S120 does not come with a finger grip, there is a thumb rest on the rear, right beside the display. Below the thumb rest is the button which lets you assign functions to the lens control ring as well as a dedicated video record button. There’s also the familiar four-way control pad that is surrounded by the clickable scroll wheel. The Menu and Playback buttons round up the bottom set of buttons found on the rear of the PowerShot S120. 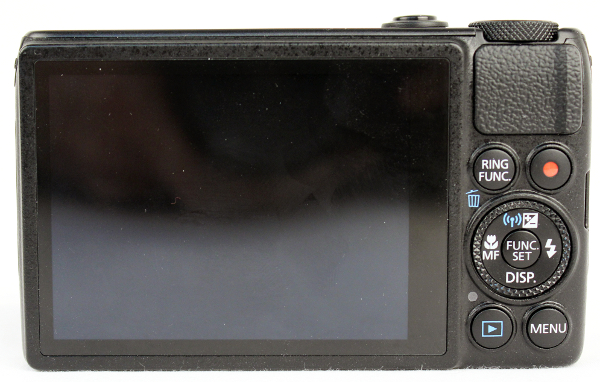 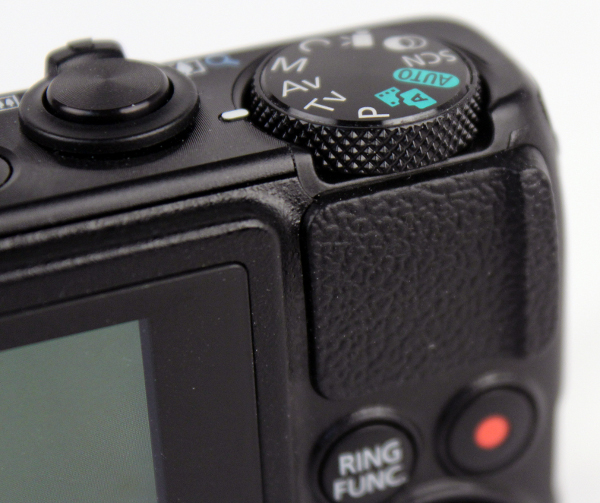 This brings up a list of settings such as ISO, white balance and continuous shooting mode. This makes it easy to tweak your settings on the fly, while the control ring handles your aperture or shutter speed, depending on the mode you’re shooting in. Another useful function of the control ring is that it allows you to change the size of the focus area; twisting the control ring alternates between a big and a small focus area. 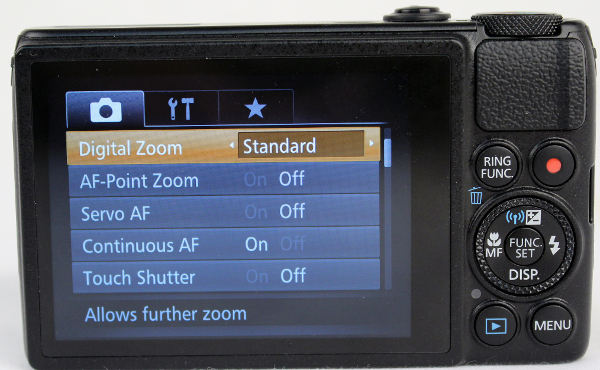 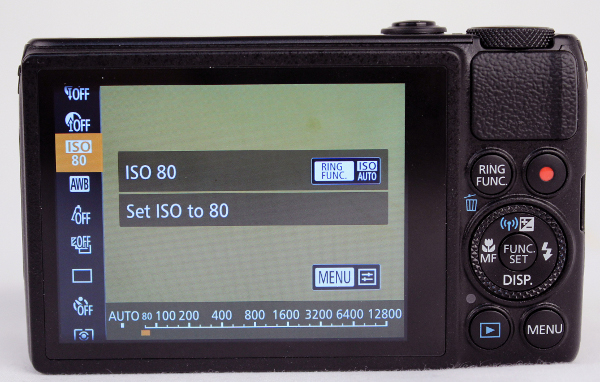