Given current restrictions, you'll likely be using the PICK for gatherings with five or lesser people, unless you're attending something like a wedding. With that said, I decided to visit a friend to test out how it fares in real-life situations. To fully simulate the candid experience, we left the PICK running on a table where it can see us while we talked for about an hour. The PICK was set on Active for its Auto Shoot Mode in its app to get the full range of features and the most amount of shots.

One of the problems I noticed was that it has a tendency to detect faces on pictures, posters, and even figurines. For example, the PICK was drawn to this Nirvana poster for some reason: 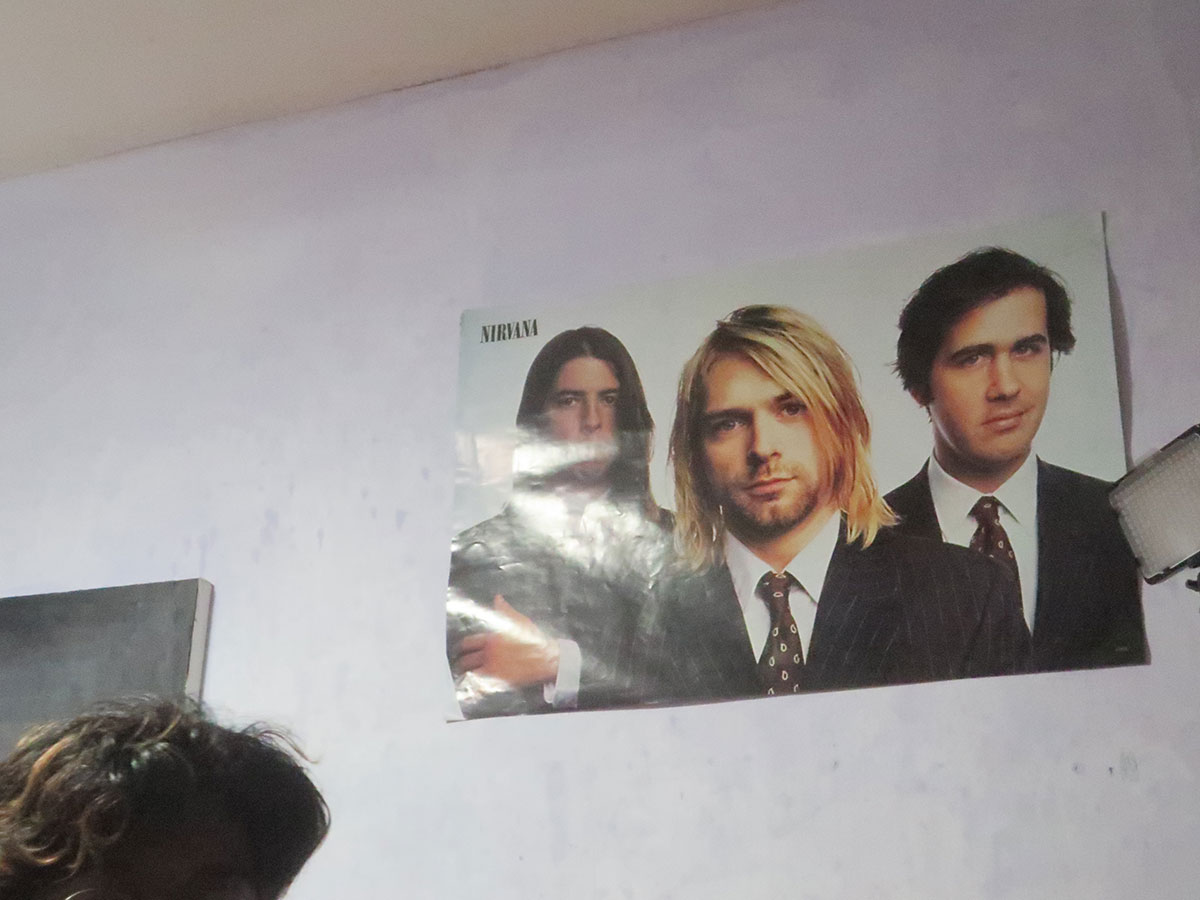 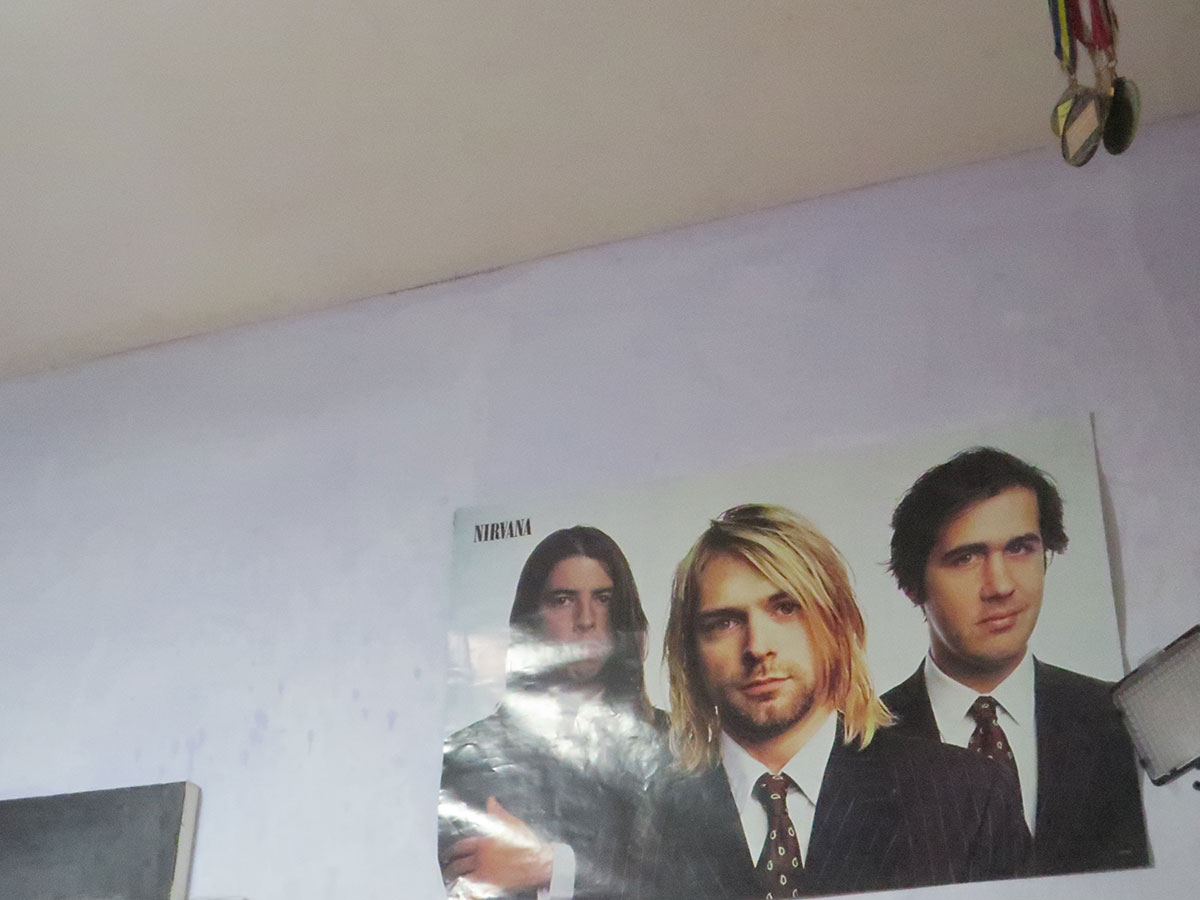 I decided to re-create this back home, and sure enough, it'll take any face, even if it's not on a person. For context, a white circle appears on a subject when the PICK recognises it as a face: 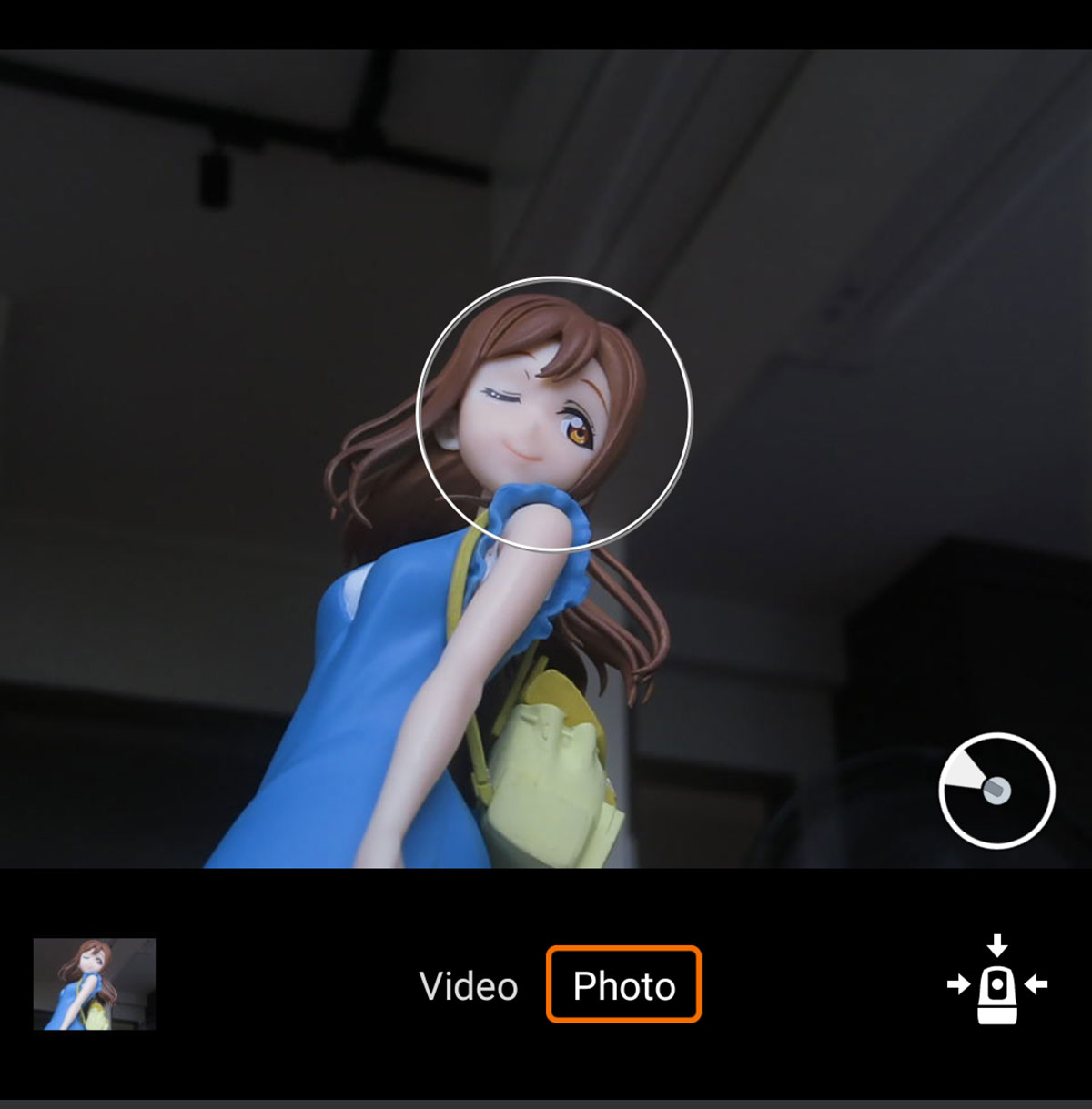 It should be noted that it doesn't always do this, but the fact that it could means that if you plan to put this in a room with clear and visible pictures of people, there's a chance the PICK will take shots of those instead. The fix for this would be if the subjects you want to photograph are part of your registered profiles, as the PICK prioritises taking more shots of them than non-registered people. But if that's not possible as with most impromptu gatherings, then you'll have to place a lot of trust on the PICK to capture the right subjects.

As for Smile Tracking, it can respond to smiles, but only sometimes; there were instances when I looked into the camera and smiled, and yet it refused to snap a photo. That would be fine, as people aren't supposed to be intentionally smiling for the camera, but the bewildering part was that it chose other random moments where I wasn't even making a happy expression to shoot. For example: 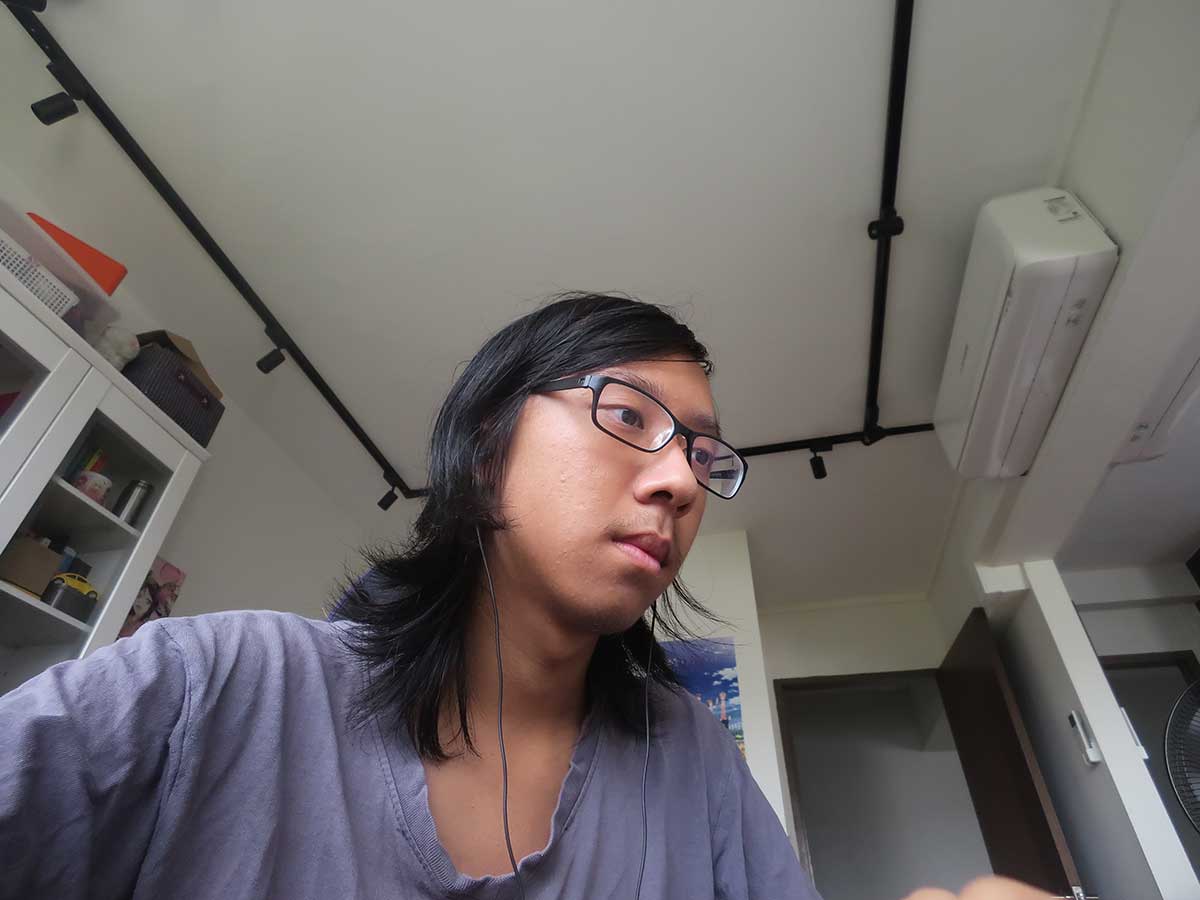 Tracking works well enough, though. When you leave the app running in the background, the PICK will start scanning its environment by rotating its camera module. Once it locks on to a subject, this is what it tracking it looks like (in video recording for this instance):

It's worth noting that it's not just faces; if you tap to focus on an object (differentiated on the viewfinder as a rectangle rather than a circle), the PICK will start tracking those objects too.

You're also able to use voice commands with the PICK, four to be exact. Each voice command is preceded by saying 'Hello PICK!', and commands include snapping a photo, starting and stopping a recording, turning auto-shoot off and finding other people in the frame. They work well enough, but I found myself having to repeat the 'Hello PICK!' phrase a few times for the camera to hear me.

It should be noted that there is a webcam mode, but unfortunately, I wasn't able to test it as it's a Windows OS-only feature (and I was using a Mac). That said, in order to get it working, you'll have to connect the camera to the same Wi-Fi network your PC or laptop is using, create a webcam account in the app, and download the software package on your computer here. The Wireless Webcam Utility for Mini PTZ Cam app should pop up in the notification area of the taskbar, and to connect the PICK, press the antenna button and connect your computer via the webcam account you created.

The Powershot PICK uses a 1/2.3-inch 11.7-megapixel CMOS sensor, among one of the smaller sensors used in compact cameras, though it's a tad larger than the 1/3-inch one on Canon's earlier PowerShot Zoom, another compact companion camera product. The sensor also has an ISO range of 1/8000 sec to 1/30 sec, and the lens is also locked at f/2.8, meaning that you'll have to work with a shallow depth of field: 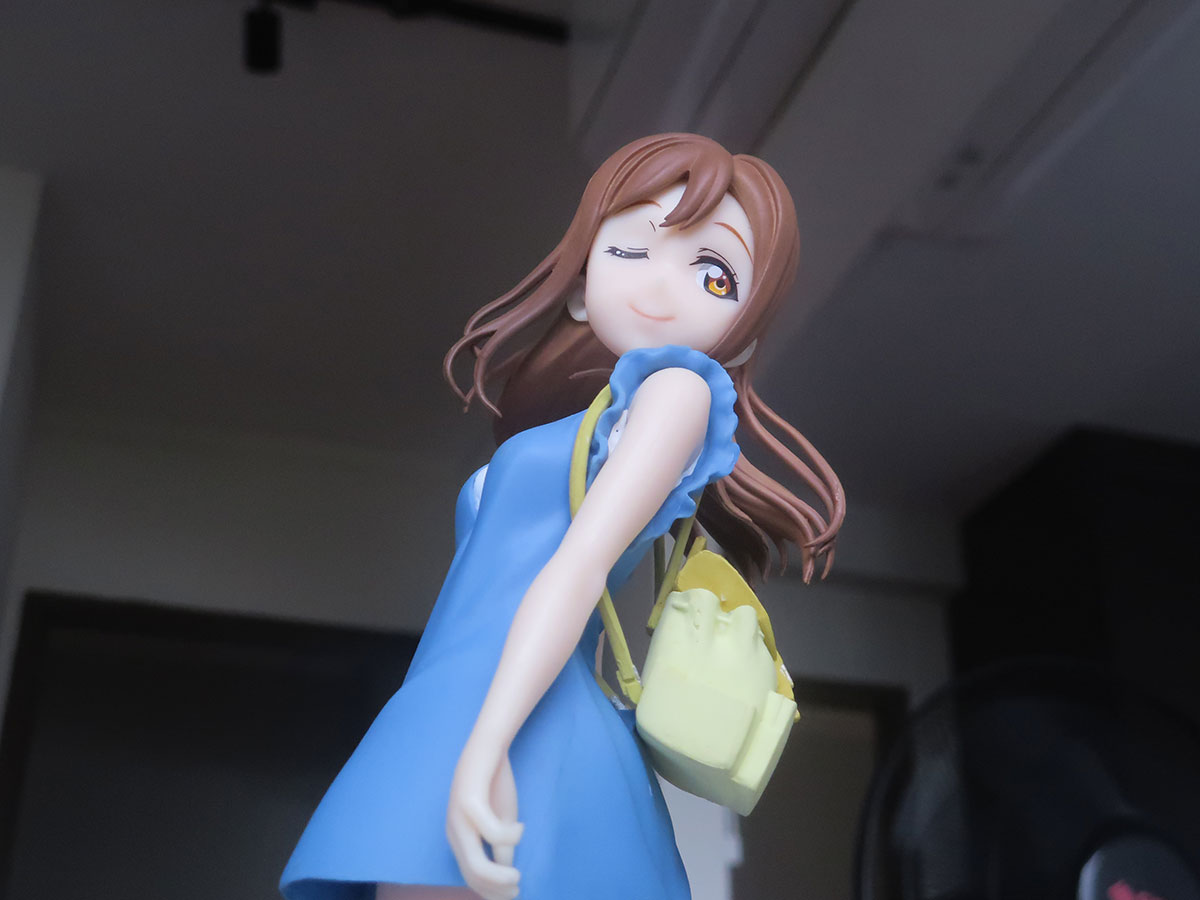 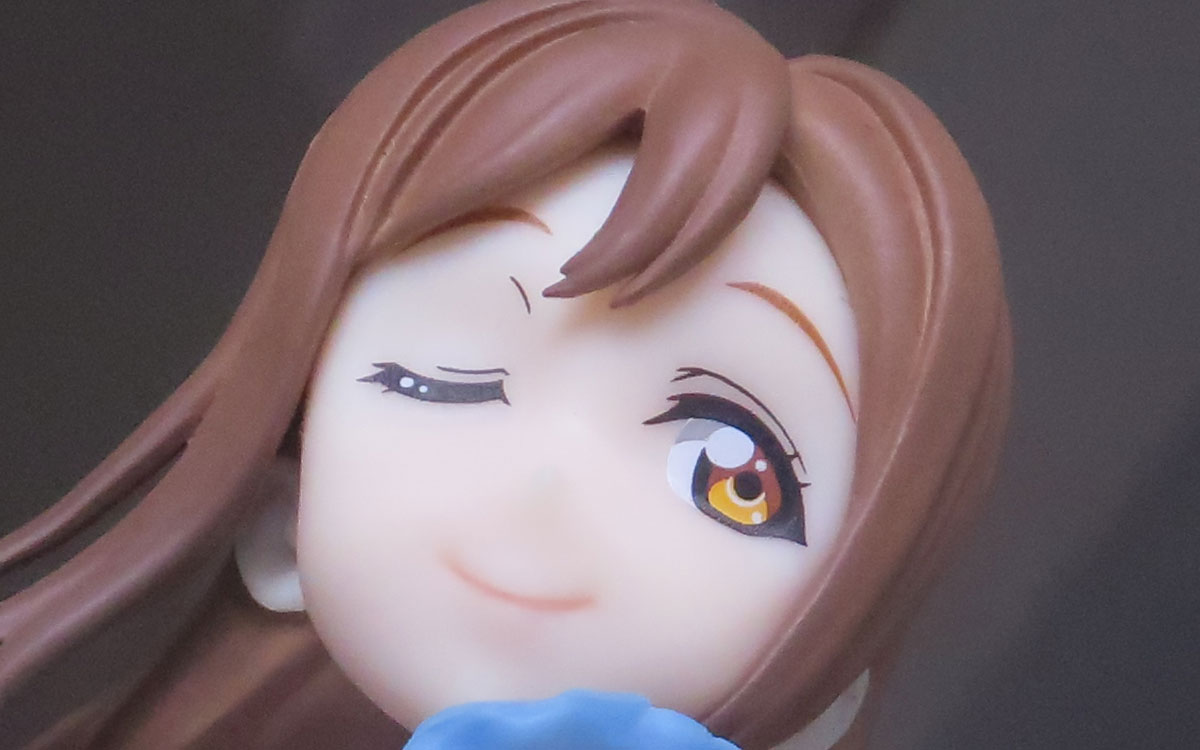 Since a lot of the manual options you get with regular DSLRs (and even phones) are locked under automatic adjustment, there's not a lot that could be said about the PICK's quality since pictures can vary a lot, other than it's decent enough if the subject is close and well-lit. For reference, the above pictures were taken with the subject naturally lit by facing a window.

But even with a smooth-surfaced subject like the one above, you can see hints of noise-reduction going a bit haywire, as evidenced by the edge of the blue sleeve almost blending into the subject's face in the cropped photo. Take a picture of an actual person and it's a bit more obvious: 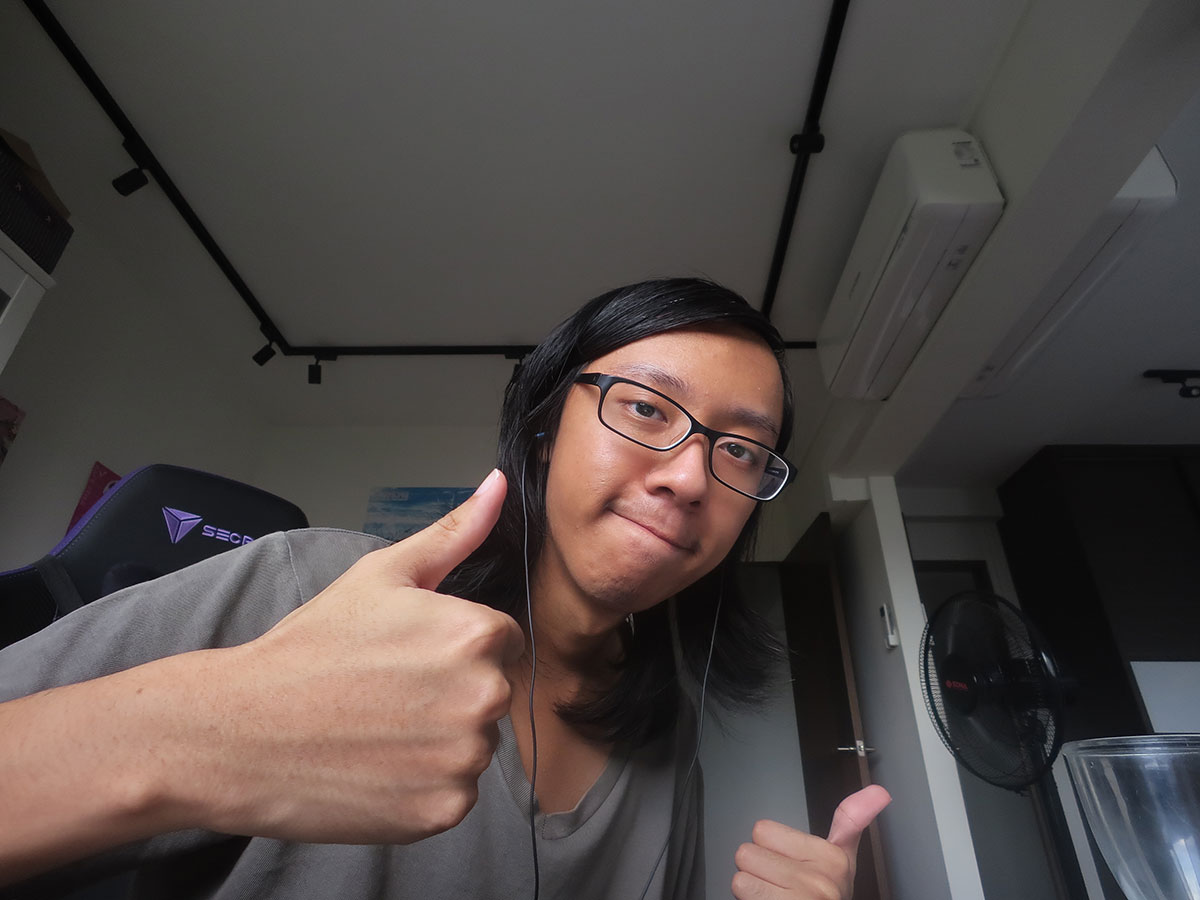 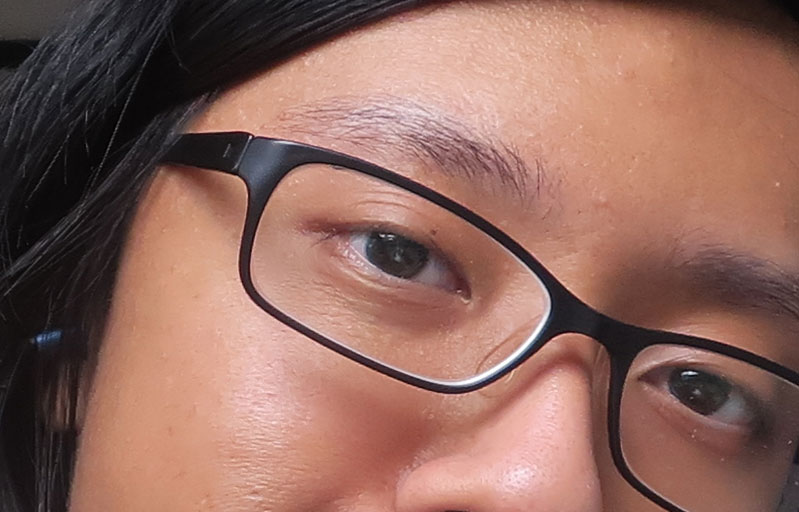 For areas of my face not directly lit, you can see the PICK brushing some detail away. On the whole, the image looks a bit smeary if you zoom in, but for the purpose of capturing memories you otherwise might've missed, it does the job fine.

The problem with the PICK is that it struggles in non-ideal conditions. Quality starts to fall apart in uneven lighting conditions, or, thanks to the large fixed aperture size, if the subjects aren't immediately in front of the camera. During my visit to test out the PICK, I also decided to test out how it performs with only harsh artificial lighting, as it was raining during that day, and the room was lit mostly by a single ceiling light.

And, well, you can see for yourself how bad it can get: 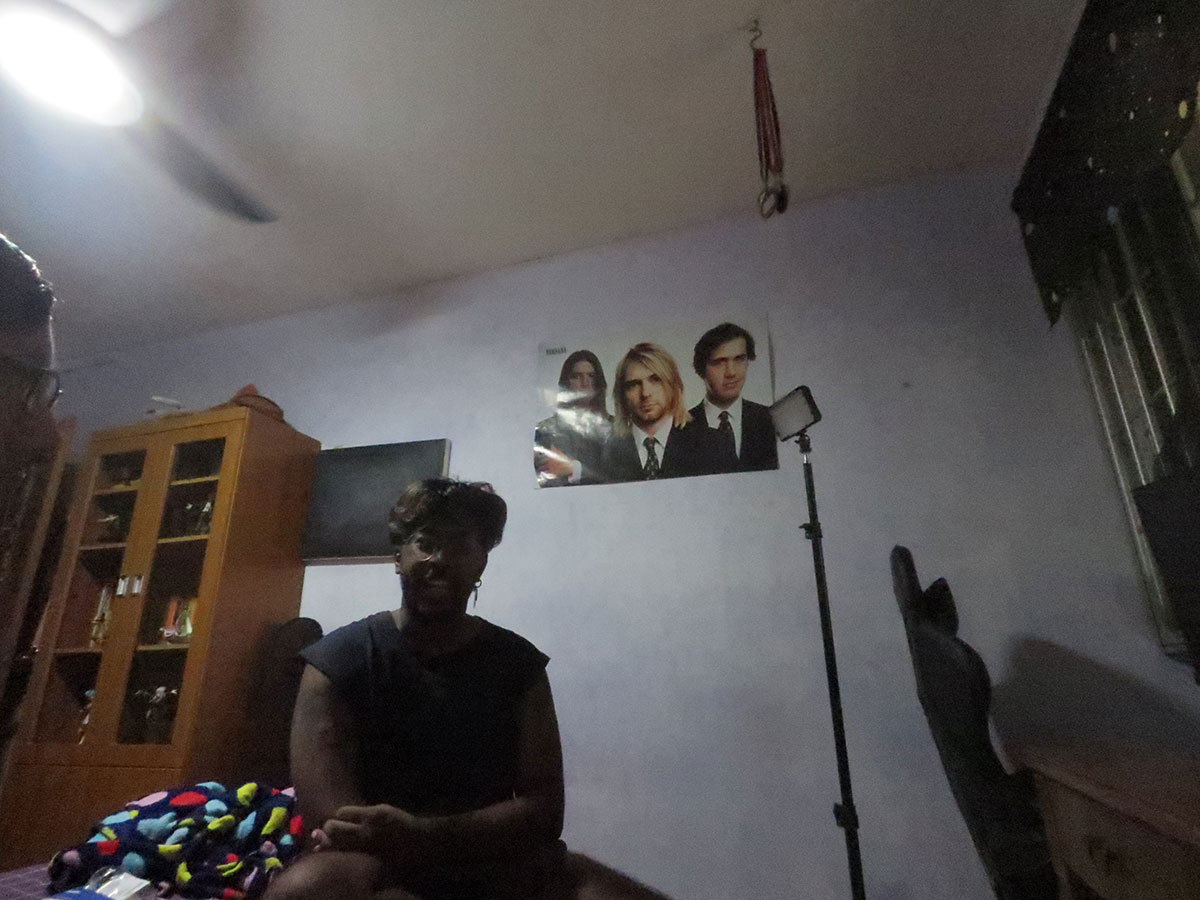 Admittedly, it's unfair to score this as a point against the PICK. You can make any photo look bad with terrible lighting and terrible framing like the one above; the combination of an overblown light in one end and a dark corner in another make it a difficult shot to take, and the shallow depth of field doesn't help. As shown earlier, the PICK is capable of taking better-looking photos.

The takeaway here is that, even though it wants to be a set-and-forget camera, you'll still have to consider where exactly you want to put the PICK to get the most out of your photos. And, just a tip: even though it can tilt up if you put it on a desk, the resulting low angle can be pretty unflattering, so you'll still want to consider placing it at eye level via a tripod stand or other means.

Can we recommend it?

The price of the Canon PowerShot PICK is S$649, which, in the grand scope of cameras, isn't exactly expensive if it works to deliver its promise. Cameras are such complicated pieces of tech, and, coupled with relatively low demand, photography nuts are probably used to thousand-dollar price tags. 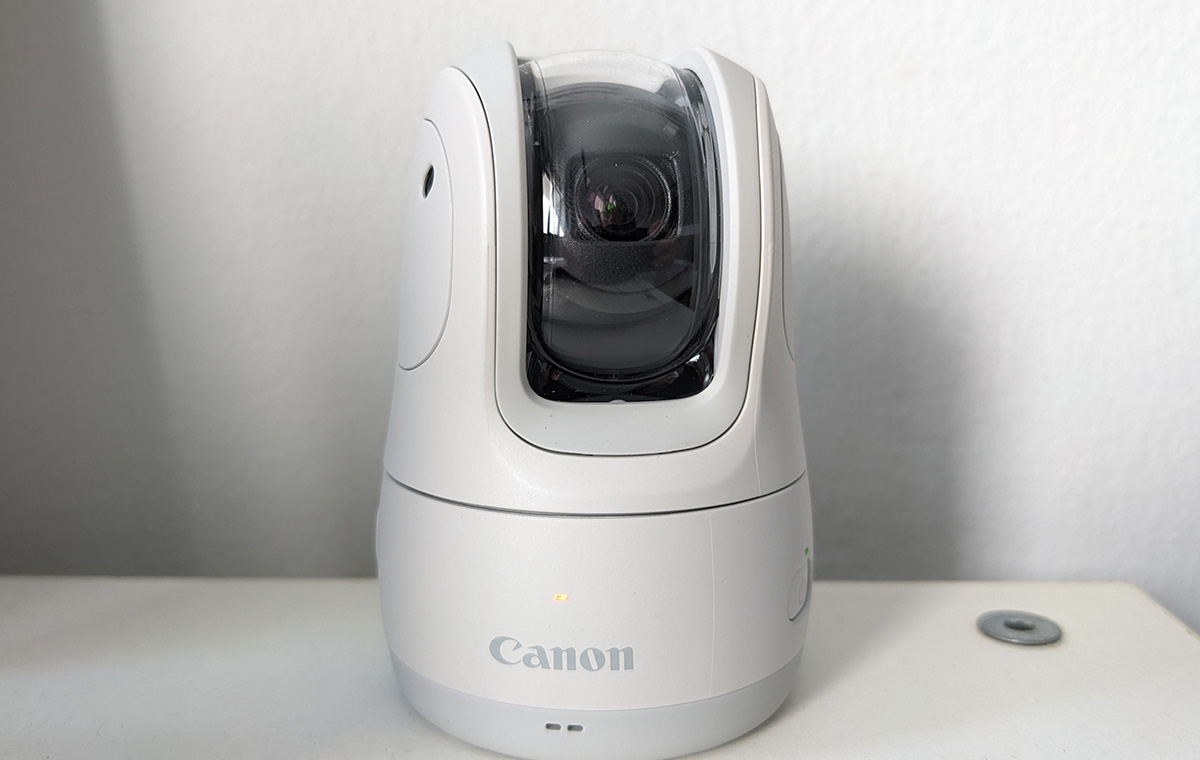 But if a non-photography enthusiast were to pick up this little gadget specifically to capture memories of events with family and friends, there are a lot of factors that will end up out of their control and unfortunately cast a shadow on the PowerShot PICK's proposition. Composition, lighting, and just having pictures of people in the same room are all variables that have to be considered. Even zoom, which for the PICK is a mixture of optical and digital, can make the difference between a decent and terrible-looking photo, and it's decided only by the PICK. During an event or outing where the aim is just to spend time with loved ones, you don't want to have to worry about how the photos on your $600 camera will turn out - especially with the doubtful captures we've experienced.

For something that costs more than a tenth of what the median Singaporean makes, all of that may be enough to make people reconsider buying it.

On the plus side, I can't really think of a product that can compete with the PICK for the purposes of capturing happy candid moments automatically, although, in our trial, it wasn't always successful in capturing such. The only alternative I can think of is just filming with your phone and screenshot certain frames to keep as memories. But while you do get more control over the end product, it's undeniably a hassle.

While a good part of my observation and testing focused on the PowerShot PICK's ability to capture candid shots in limited settings, there are other more direct use cases that the PowerShot PICK seems to have an easier time to deliver such as either face or object tracking that will lend itself well for filming how-to-videos or vlogging, record your hobbies/stunts and other precious trials. However, if you noticed, its form factor is pretty much made for placing it in a spot and letting it do its thing for face/object tracking. It is however not made for carrying it around to follow kids/people/pets, which while it technically can, its bulbous form doesn't naturally lend it for this purpose.

This is where excellent products from DJI have been getting rave reviews from HardwareZone for some time now with a purpose made tiny pocket camera, complete with gimbal stabilization, great form factor, and excellent active tracking as we've found firsthand with the DJI Pocket 2. Prices start from S$529, and right off the bat, it comes with a much bigger sensor and higher resolution capabilities, and I've not yet dwelled on its other highlights.

Better yet, if you don't need it to be compact, you can utilise any other phone to act as your camera (many of which have very advanced cameras) with an accomplished smart gimbal like the DJI OM5 that's only just over $200 and comes integrated with an extension rod for selfies too. We have a very detailed video review of the DJI OM4 if you've not seen that yet, but it pretty much illustrates what the OM5 is capable of, which ultimately is an OM4 on steroids.

With so many accomplished options out there for active photo and video tracking, complete with controls to start and stop captures at your will, the Canon PowerShot PICK's only so-called upper hand is in candid captures, which is unfortunately only passable and not really a compelling enough proposition as a whole.

Perhaps, if the 'AI candid camera' niche does take off in the future and works correctly as intended most of the time, at least Canon would have a head start.

If you're still keen on personally giving it a go, you can get the Canon PowerShot PICK on Canon's online store here.

Write a Review
Compare This | Specifications
Form takes a while to get used to
Takes good enough shots in well, evenly lit spaces
Looks like a surveillance camera
Inconvenient having to reconnect with the app every time you open it
Almost no manual control
Images look smeary when zoomed in
Detects faces on posters and pictures
Smile tracking doesn't work sometimes
Candid camera captures questionable
Better competitive options for active tracking needs
Steep asking price
Our articles may contain affiliate links. If you buy through these links, we may earn a small commission.
Sponsored Links