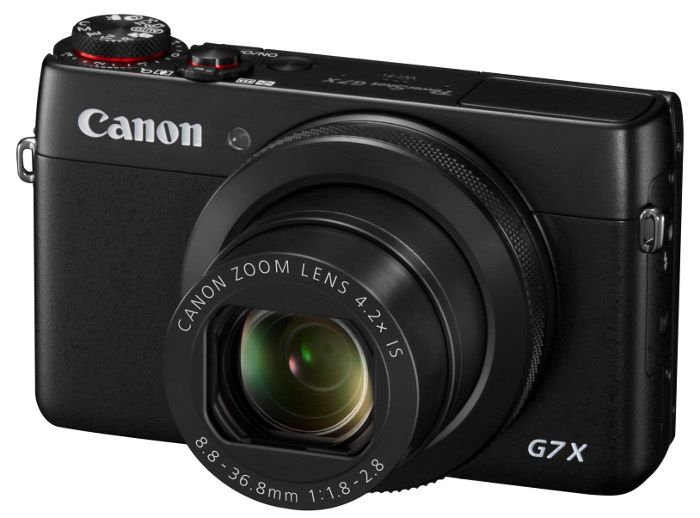 As the entry-level point-and-shoot compacts slowly fade into obsolescence, camera manufacturers have been scrambling to explore the enthusiast/prosumer segments of the market. Initially a niche segment occupied by Canon’s G-series cameras, the segment has seen a flurry of entries as manufacturers realize that there are consumers who are still willing to pay for a good digital compact since not everyone is keen to lug around an interchangeable lens capable camera for the best in the digital photography.

Even as manufacturers churn out their own takes on the prosumer compact, Sony has been dominating the segment for the last two years with its Cyber-shot RX100 series, which feature a 1-inch sensor inside a compact body for unrivaled image quality in this segment. However, the Sony Cyber-shot RX100 III isn’t the only kid on the block with a 1-inch sensor now. Just weeks ago, Canon launched their PowerShot G7 X that can boast the same and then some more.

A quick look at the specs sheets for both cameras reveal that they are closely matched, with the new Canon PowerShot G7 X pulling slightly ahead in some areas and falling behind in some. So what are the main differences between the Sony Cyber-shot RX100 III and the Canon PowerShot G7 X? We'll discuss the technical aspects right after the specs break:-

These differences aside, can the Canon PowerShot G7 X stand against the camera that made digital compacts interesting again as well as one of the best in its class? That's what we intend to find out.

The PowerShot G7 X actually bears a strong resemblance to its sibling, the PowerShot S120 but Canon has added two red accents to the G7 X’s design, which makes for a nice, understated look to signify the more professional counterpart. Similar to the PowerShot S120, the PowerShot G7 X has a matte black finish but the G7 X’s robust build makes it feel more solid in the hands. They are pretty much the same size, except that the newcomer is a bit thicker as it accommodates a larger sensor and its related lens mechanism. In that sense, the G7 X is reasonably compact like the Sony. As such, the PowerShot G7 X is still smaller than the chunky PowerShot G1 X Mark II, which currently sits at the top of the PowerShot line with its 1.5-inch sensor.

Size and design comparisons aside, the PowerShot G7 X has a substantial thumb rest on its rear that helped somewhat to maintain a grip on the camera though it still feels slippery in the hand since as it lacks a front finger grip. Oddly, the Sony Cyber-shot RX100 III shares the same concern too. 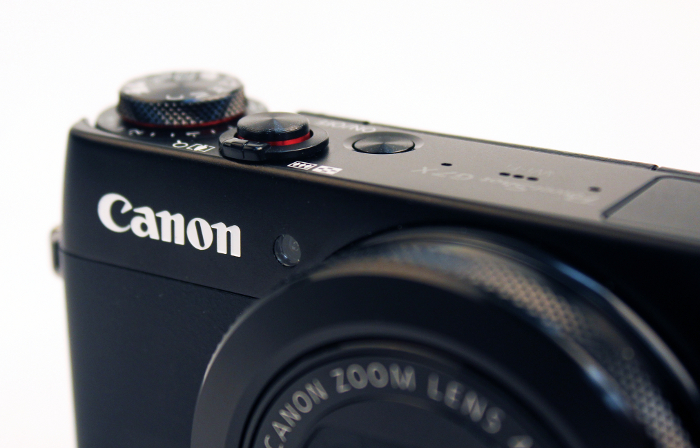 On the top of the camera there’s the usual Power button, zoom lever and mode dial. What’s different about the PowerShot G7 X’s mode dial is that it sits on top of an exposure compensation dial, which makes it easier to adjust exposure since you won’t have to do it via the user interface. There’s no hot shoe on the G7 X, so it won’t be possible to hook up an external flash or any form of EVF.

The PowerShot G7 X comes with a 3-inch touchscreen display, which can also be flipped up 180 degrees so you can take selfies. Unfortunately it doesn’t flip downwards, so you can’t really shoot high-angled shots unless you flip the camera upside-down.

The touchscreen makes it easy to set the focus point, and while it may still seem like a gimmick to some, it’s very useful when dealing with a subject that does not stay still like a child or a pet. There’s no ghosting or lag with the display and it’s quite sharp, with 1,040,000-dot resolution. 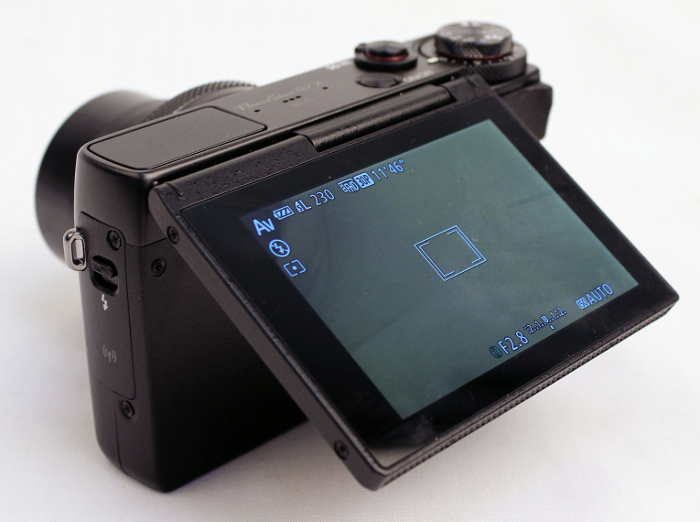 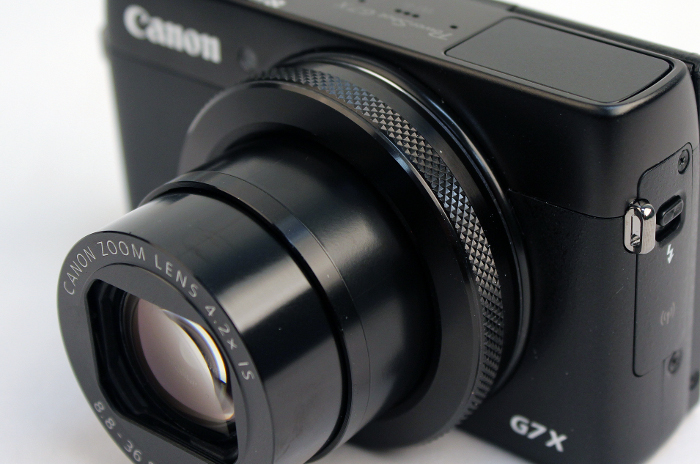