Note: This review was first published on 3 August 2022. 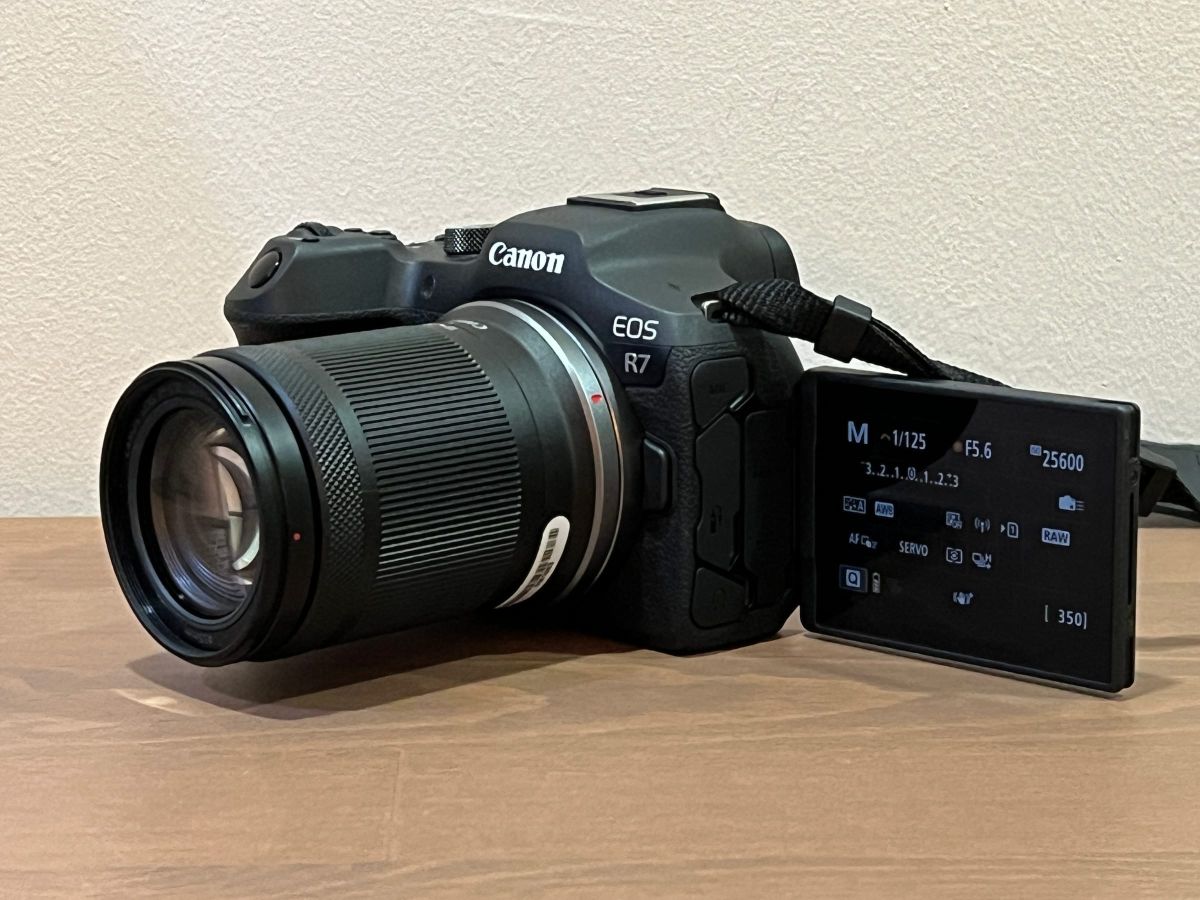 Given that not everyone needs a full-frame mirrorless camera, the Canon EOS R7 offers a great balance between price and quality. It features a 32.5-megapixel (MP) APS-C CMOS image sensor with Dual Pixel auto-focusing (AF) and five-axis sensor-shift in-body image stabilisation (IBIS).

Furthermore, the R7 is powered by the Digic X image processor, giving it the same AF technology as the flagship mirrorless model EOS R3. This technology enables the R7 to track subjects easily across the entire image area.

In addition, the R7 can shoot up to 15 frames per second (fps) in mechanical shutter mode and up to almost 30fps continuous shooting in electronic shutter mode. The R7 also comes with People Priority and Animal Priority modes along with Eye Detection AF to help you capture the shots you want. As their names imply, the People Priority mode will help to detect people, while the Animal Priority mode leverages Canon's detection algorithms to track animals, such as cats, dogs and birds, accurately.

The first thing that struck me was how lightweight and compact the camera is. The body tips the scales at only 612g (body only).

While it might seem to be only slightly lighter than the EOS 90D DSLR (701g, body) that has the same image sensor, the weight comparison becomes more evident when you pair them with their respective kit lens. 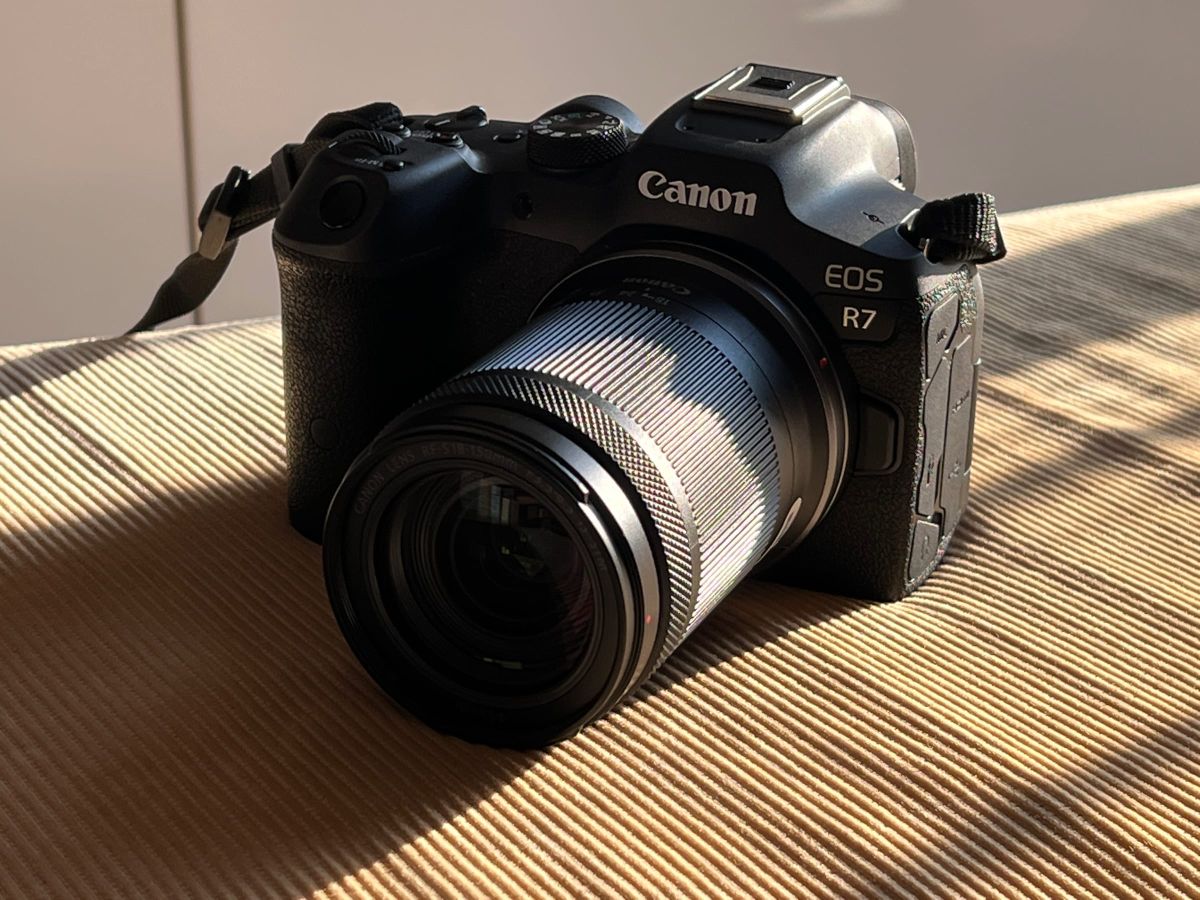 Not to mention, Canon claims that the R7's magnesium alloy body is resistant to dust and water splashes. So, not only is the R7 lightweight and compact, it should be pretty durable too. However, it is important to take note that the RF-S 18-150mm kit lens is not weather sealed.

But what impressed us the most is its hefty rubberised grip that is great to touch. It offers a good grasp of the camera without leaving out any of your fingers.

The new rear button layout is the first of its kind in the entire Canon EOS series. Usually, the command dial sits where your thumb usually rests when holding the camera. But with R7, the command dial is sited around the AF joystick beside the EVF. 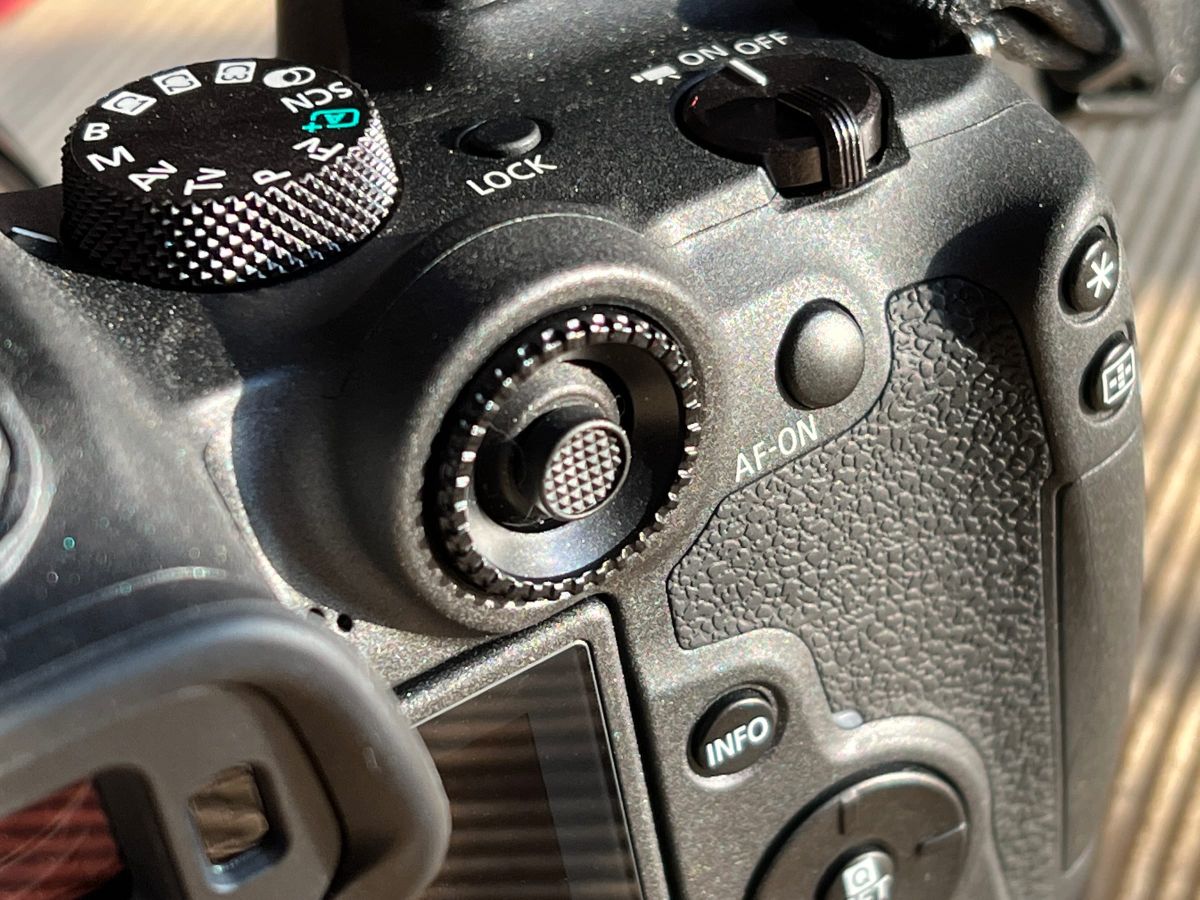 In other words, your thumb needs to move upwards instead of downwards to access the command dial. While this might be theoretically more intuitive, old-timers might find this command dial placement unfamiliar.

Being a long-time Canon EOS DSLR user, I find my thumb instinctively going for the position where the command dial used to be. This is especially so when I was rushing to capture a shot.

On the flip side, this might not be an issue for new users who have no historical baggage. Apart from the "weird" AF joystick/command dial placement, the R7's button layout is logical and well thought. 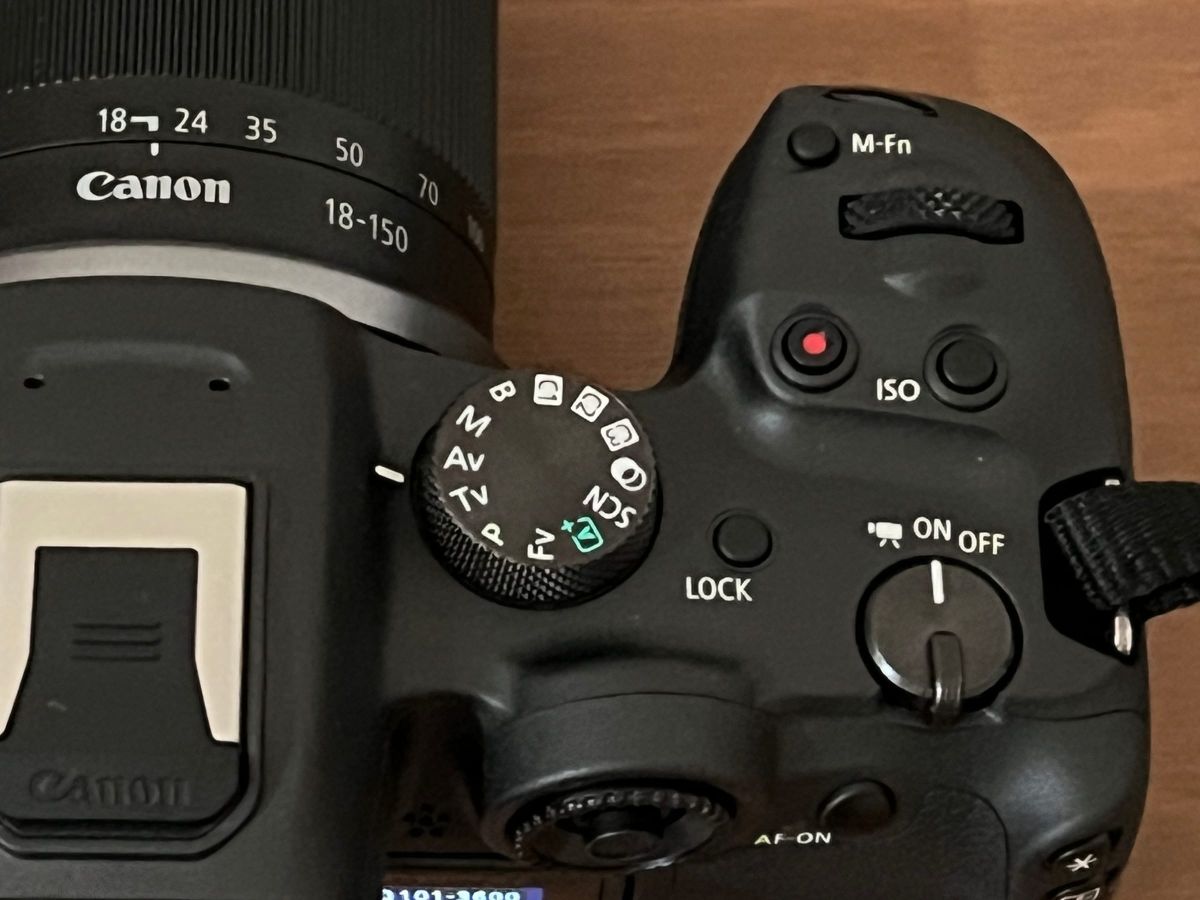 Overall, you can easily access every button, dial and switch with your right fingers and thumb with R7. This makes handling the camera an absolute delight.

On the camera's right side is a compartment that houses two UHS-II SD card slots. Being a mid-range model, it understandably does not have a CFexpress Type A memory card option. There are more ports on the left with a microphone port, a headphone jack, a quick-release port, an HDMI port, and a USB-C port - all protected by silicone flaps. Basically, every port you will need from a modern-day mirrorless camera. 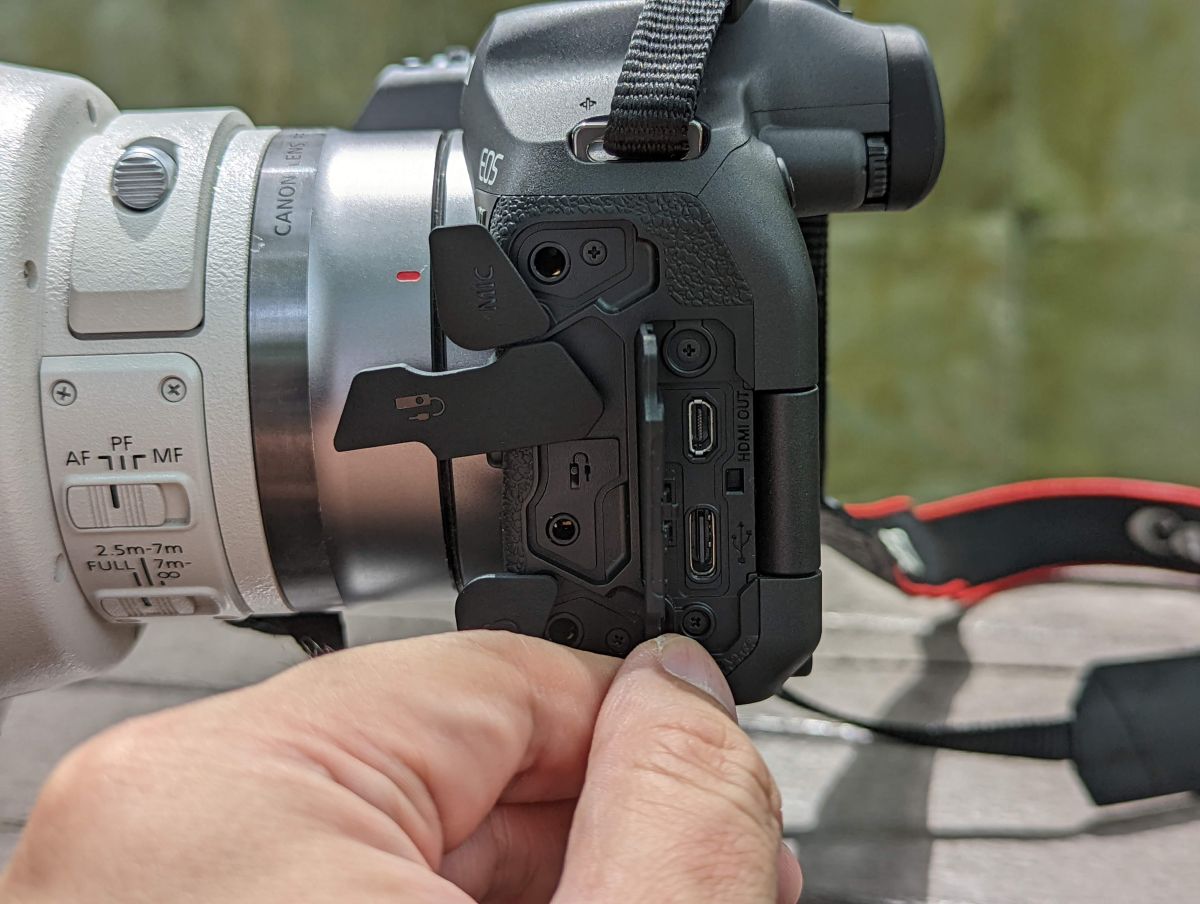 The touchscreen display is very responsive when you swipe and tap to access menu and options. You can also easily pinch to zoom into a preview photo, as well as swipe from one photo to another. It is almost akin to using your smartphone. 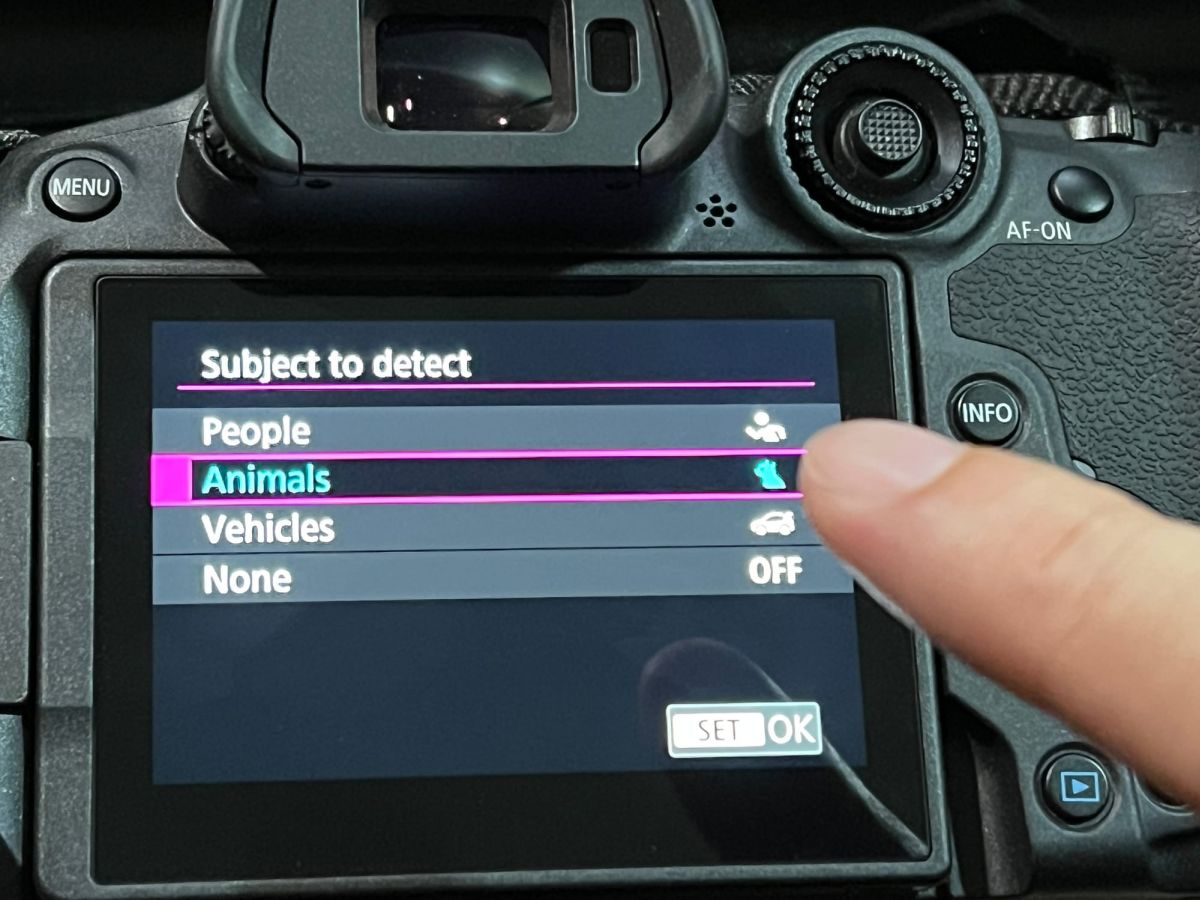 While the articulating 3-inch 1.62-million-dot LCD touchscreen display is great for selfies, it is easier to use the EVF to compose photos on really bright sunny days. However, the R7's 2.36-million dot EVF could have been better. It does not look as sharp as it can be. It also pales in comparison to R3's 5.76-million-dot EVF, which has been a subject of criticism for a flagship model. By comparison, the Sony Alpha 1's EVF has a resolution of over 9.4 million dots.

Write a Review
Compare This | Specifications
Affordable for its class
Lightweight and compact size
Great image quality
Quick and reliable auto-focusing
Long battery life
Rear joystick/command dial placement counter-intuitive
Out-of-the-box dynamic range is lacking
EVF's resolution can be better
Our articles may contain affiliate links. If you buy through these links, we may earn a small commission.
Sponsored Links