Back to basics, but with a twist 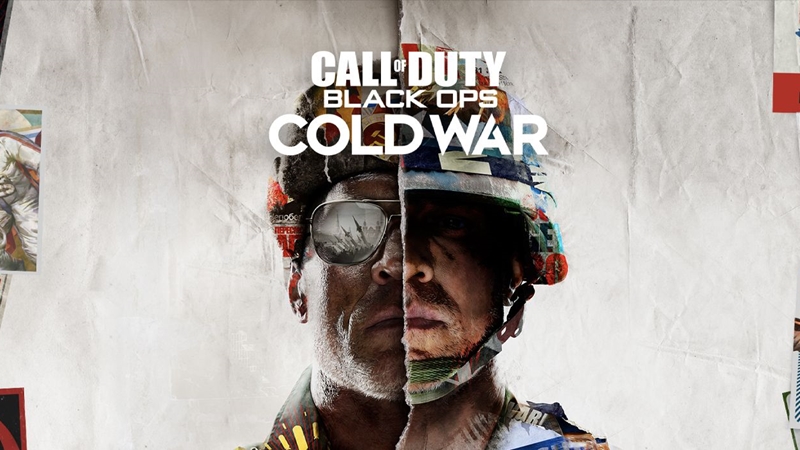 Well, hot damn. Do me a favour and pinch me, because I think for the first time in a very long time, I've found a Black Ops game that really vibes with the OG, and I want to make sure I'm not living some Nova 6-induced dream or something. 2020 might have screwed the entire world over sideways, but it did get a few things right in the video gaming sphere, and I say with full certainty that Call of Duty: Black Ops Cold War is definitely one of them. Heck, I think this would have been my Game of the Year if it came out just a couple of weeks earlier. 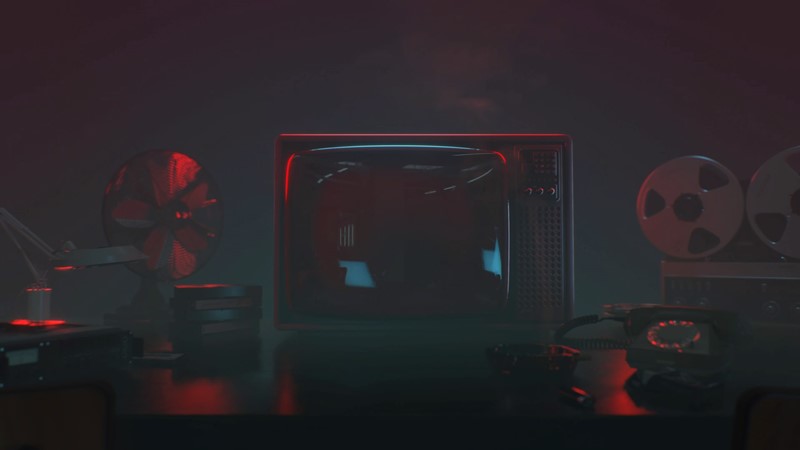 Let me put it this way; there's a common joke among old married couples that goes a little something like this: "Before you get married, wonders happen. After that, you'll wonder what happened.", and the same logic applies to me and the Black Ops franchise. Case in point, I really liked the vibe and feel of the original Black Ops game and Black Ops 2 - narrative, zombies and all. It was, for lack of a better word, the real s**t for me. Unfortunately, I couldn't say the same for Black Ops 3 and 4.

Pardon my bluntness, but I think someone might have had a little too much to drink and decided turning the whole "clandestine operations" deal into a super-soldier party and making the Zombies mode feel like the undead version of Harry Potter was a good idea. It's like they lost the plot entirely, and for most of the last two games, I just couldn't appreciate any of it. 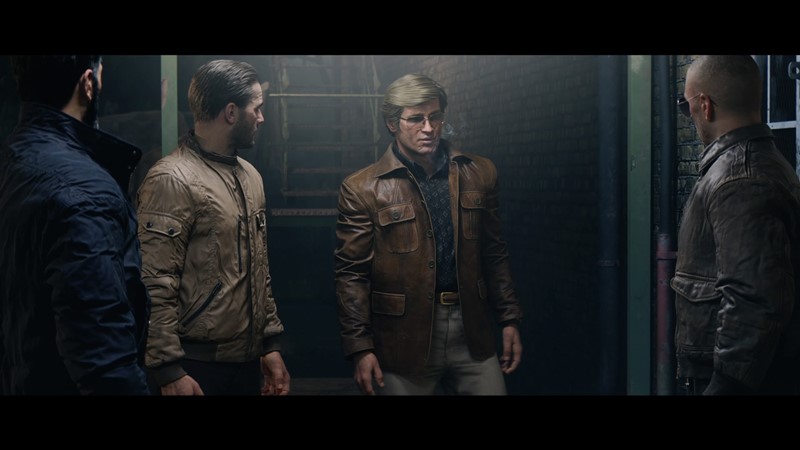 As such, I'm relieved that Treyarch decided to return to the franchise's roots of "doing the dirty work", and I think it really paid off this time, especially in terms of the narrative's tonality, structure and the "reinvented" Zombies experience. But there's no need to rush - we'll get into those as we go along. First things first, let's talk about how the game looks.

Aiming down the sights 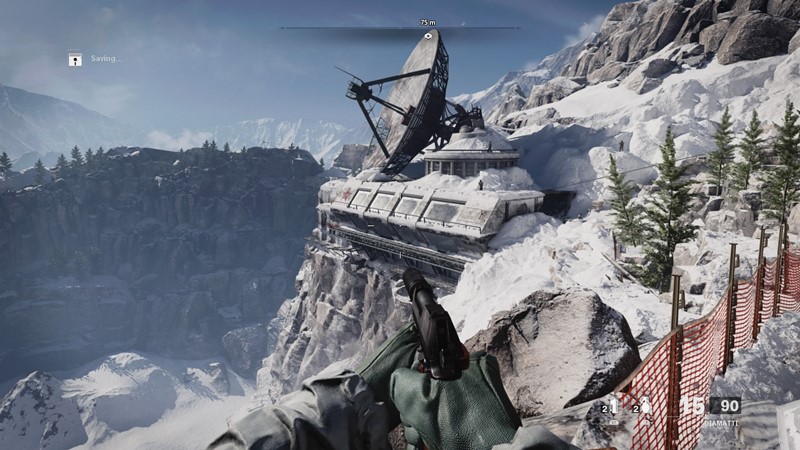 If you ask me, I think Cold War's visuals are absolutely bonkers amazing. Having played Modern Warfare, which already sets the bar quite high for a current-day first-person shooter, it seems Treyarch has taken those benchmarks one tier up, and their effort is laudable. Not only do the visuals (especially the cinematics) look like they were taken straight out of a Hollywood movie, but the bullet impacts and combat sounds just feel a lot "punchier" than even Modern Warfare.

Then there's the diversity of the mission environments, and the vibe they give off. No longer are you engaging in all-out engagements on city streets with civilians running for cover, or rappeling down into warzones against terrorists - instead, you're sneaking into fortified enemy bases, executing important individuals and taking down sleeper agents. It's got that "behind closed doors" vibe, and that's as "Black Ops" as the term gets. 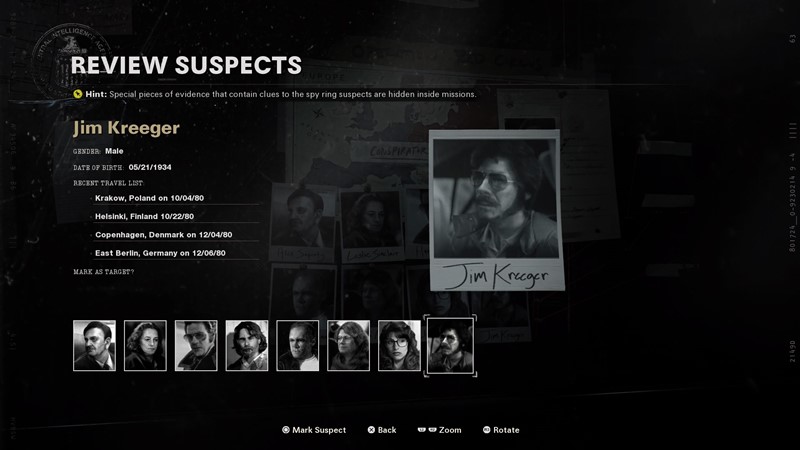 The devs didn't skimp out on locations, either - you'll be doing all of that in various countries around the globe, such as Vietnam, Berlin, and even Moscow. Suffice to say that it's not just the aesthetics that are exhilarating - the sheer spread of places you visit, and the detail that Treyarch has poured into each of them deserves its own measure of praise. 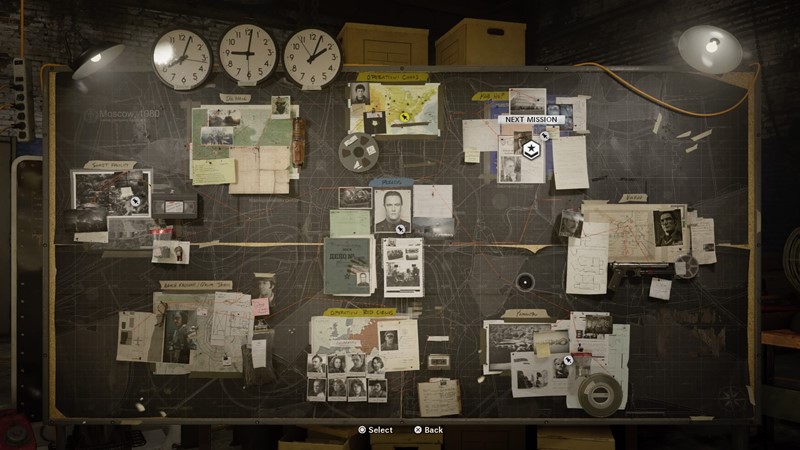 Let's get into the main chunk of meat - the gameplay, and boy, is there so much ground to cover. I'll kick off by talking about the campaign, because it's arguably the most unique one I've ever had in a CoD title. To be more specific, it's no longer just the usual "shoot stuff and go home" kind of gig we're used to.

Treyarch has injected so much creativity and decision-making into this aspect of the game. From making moral choices like whether to silence an informant, to the immense variety of side-missions (more on this later!), Treyarch essentially allows you to carve out your own Black Ops experience with Cold War, and this particular sundae is topped off by having you create your own unique character. 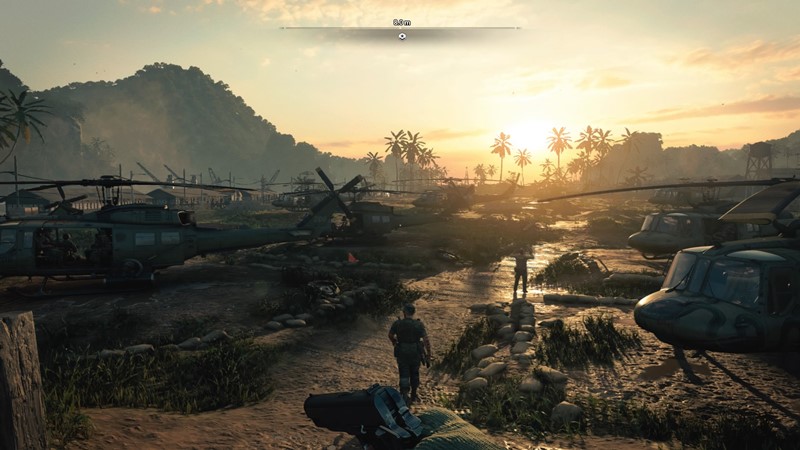 This latter bit is a first for a CoD campaign, and it's not just for show - players will be able to assign individual personality traits to their character, which helps flesh them out lore-wise while providing small bonuses to their gameplay, such as faster aim-down-sight speeds. This operative will go by the fixed codename of "Bell", and functions as an independent part of Russell Adler's team alongside familiar faces like Woods and Mason.

As for the campaign itself - it's already known that you and the crew will be tracking down a mysterious Soviet agent code-named Perseus all across the globe under the orders of President Ronald Reagan, and the mission will have you doing loads of different things. For example, one moment you could be searching for Soviet dossiers in Vietnam, the next you'll be picking locks (a'la Fallout) in East Berlin, and there's even one bit where you hunt down embedded Soviet agents in Europe whodunnit-style. 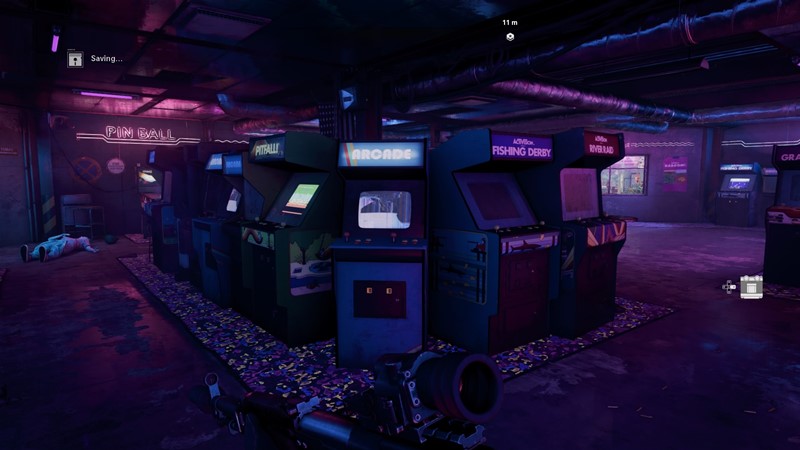 As an added plus, there are the random (but rather interesting) arcade machines scattered throughout the campaign too, including the infamous Pitfall!, a game which is largely credited for being one of the grand-daddies of modern platformers. Long story short, your journey is going to be a very unpredictable one, but heck if it isn't a blast. 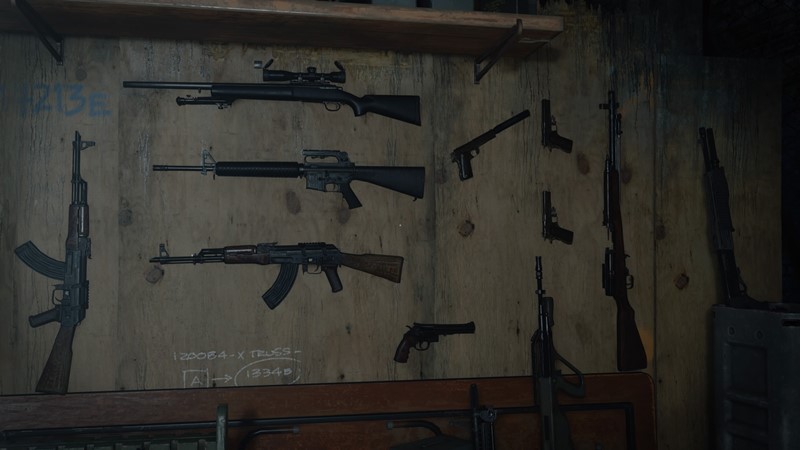 Moving on to the Multiplayer, Warzone and Zombies modes. But first, here's a little heads up regarding the first two - I won't be going too in-depth and discussing stuff like TTK (time-to-kill) values and all that, simply because I'm a casual. For me, it's all about the experience - I'm here to shoot players (or zombies) for fun, and what's important to me is what it feels like to unload a clip into an opponent.

I'm going to cut to the chase, too - most of the issues from previous MP experiences, such as camping and "bad manners" in lobby, among numerous others are still very much alive in Cold War, although I've always believed that the good thing about having people throw unprovoked shade at you is that it makes killing them that much more satisfying. There are a lot of fancy ways you can do it too, and the combat in general is spread out across a much larger area than previous titles. Some maps, such as Armada and Sahara feel pretty darn big, and the former is actually one of my favourites since killing enemies while you zipline from ship to ship nets you some personal swag points. 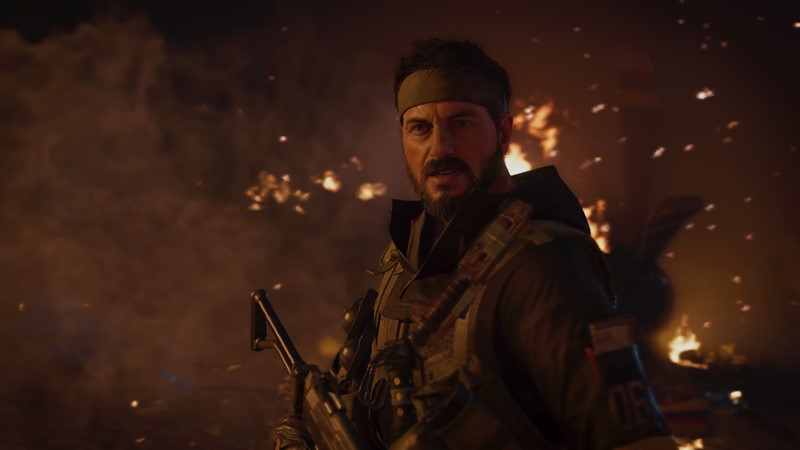 The Create-a-class system is also a LOT more manageable than the one from Modern Warfare, and I thank the heavens (read: developers) for it. Case in point, I don't want to have to spend twenty minutes customising a gun and switching between attachments that look basically the same. The pursuit of realism in modern FPS games is admirable for sure, but not when it causes you to spend more time in the loadout screen than you do actually playing the game.

As a final note, killstreaks are still extremely relevant, perhaps absurdly so. Which means you should fully expect to get cheesed out by not one, but a few RC-XDs each match. Don't say I didn't warn you. 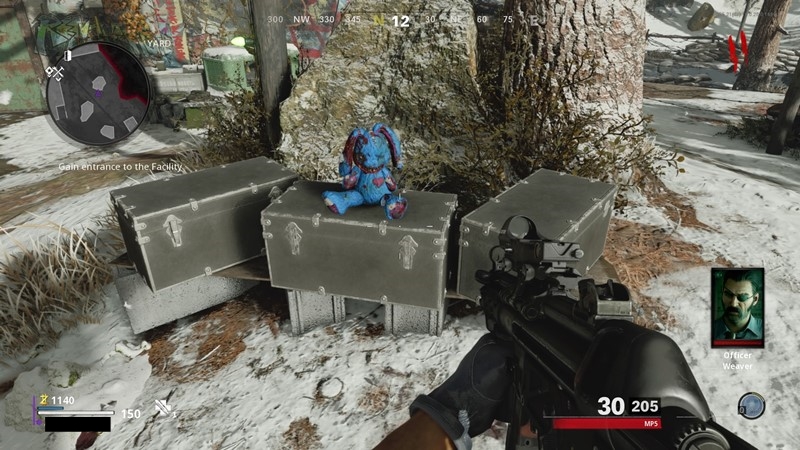 As for Zombies, where do I even begin? I'm in love with what the developers have done with the mode conceptually. Having Treyarch bring the entire experience back to its roots is one thing, but to use the fan-favourite Nacht der Untoten map as a skeleton for the new Aether universe and them amp everything up to eleven is sheer genius. And yes, I do mean everything - the hordes of the undead are now scarier than ever visually, and Die Maschine is probably the first time I've actually been scared to hop in solo. On a personal note, I'm just delighted they decided to do away with the airy-fairy magical stuff and all that crap, but that's a story for another day.

Anyway, Treyarch have done a mighty fine job inducing the claustrophobia element too, which was in fact one of Nacht's original selling points. It's a different and more frightening story now - you'll have to enter a long-abandoned facility hidden underneath the compound, with zombies awaiting you around every turn. 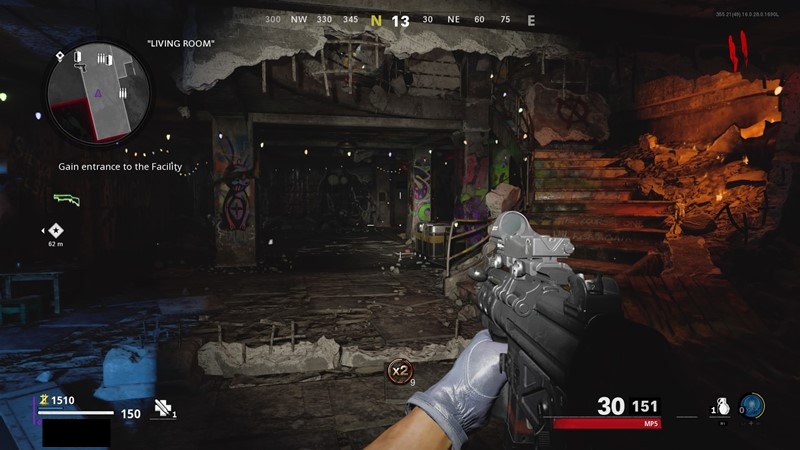 Admittedly, that sounds like every Zombies map ever, but there's one small feature tying everything together from behind the scenes, one which I quite like - the fact that the facility is actually dark before you get the power on. And yes, I'm talking pitch black - your flashlight is your only pathetic source of illumination until the lights come back on, and we all know how frightening it can be to look around and suddenly see the mangled face of a zombie charging headfirst at you in a narrow corridor.

On that note, I'd like to apologise for not getting pictures of the later rounds, much less the underbelly of the facility, because as much as it embarasses me to say it, I chickened out halfway.

What are you giving me that look for? At least I'm being honest! 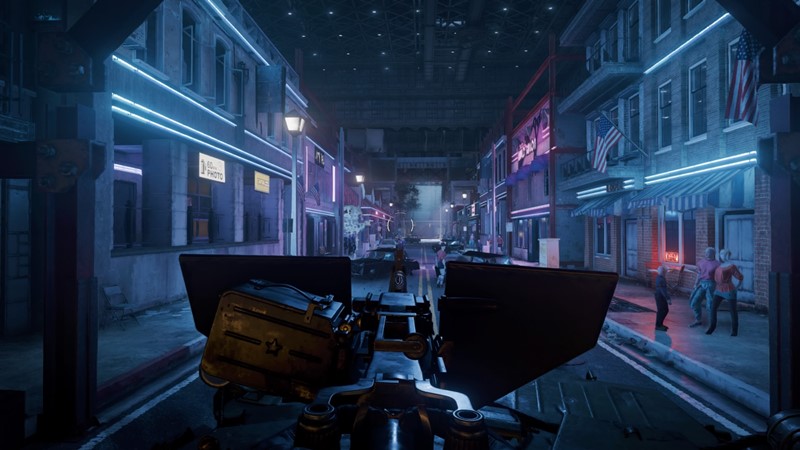 On the whole, I think Treyarch have really outdone themselves with Call of Duty: Black Ops Cold War, and if their goal was to revitalise the franchise and bring it back to what it was before, they've accomplished all of that and then some. The campaign is the best example of that, and taking into account the narrative, aesthetics and gameplay diversity, I feel it sets a new bar for what players should be able to experience and accomplish in future CoD titles.

The only dull thing is that Multiplayer and Warzone are still plagued by many of the same problems as before, but to be fair there isn't really much game developers can do about people who choose to hole up in one spot for the entire game like some human mousetrap. Nor is it possible to remove killstreaks entirely since that'd make the MP experience rather boring and straightforward.

As for Zombies, it's absolutely gorgeous (if frightening), and I find myself rediscovering that same sense of curiosity about the mode as I had more than ten years ago in World at War. At its very core, the game is for me, a real nostalgia trip - one which I feel any Black Ops fan should and definitely will enjoy.

Write a Review
Compare This | Specifications
Aesthetics package and diversity are excellent
Combat actually feels satisfying and challenging
Campaign and Zombies experience far surpass previous titles
Prevailing issues for MP and Warzone are still present
"I ain't going down there alone!"
Our articles may contain affiliate links. If you buy through these links, we may earn a small commission.
Sponsored Links