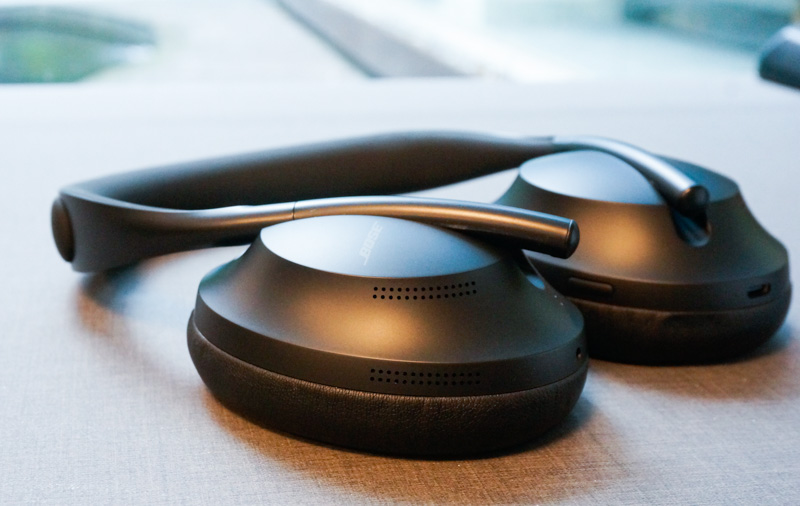 Bose has always been one of the top names in active noise-cancelling headphones. For a long while, QuietComfort headphones were all you would see on flights, as their owners plugged in and tuned out the drone of the plane’s engines. That is, until the arrival of Sony’s MDR-1000X series in 2016, of course.

The following years have seen a close fight between these two giants, with Sony coming up on top for the last few years, and that has undoubtedly seen Bose take a few notes in modifying their approach. The Bose Noise Cancelling Headphones 700 (henceforth Bose 700) we have today are the latest from Bose, and they represent a new line of headphones that’s coming up alongside the QuietComfort 35 II. 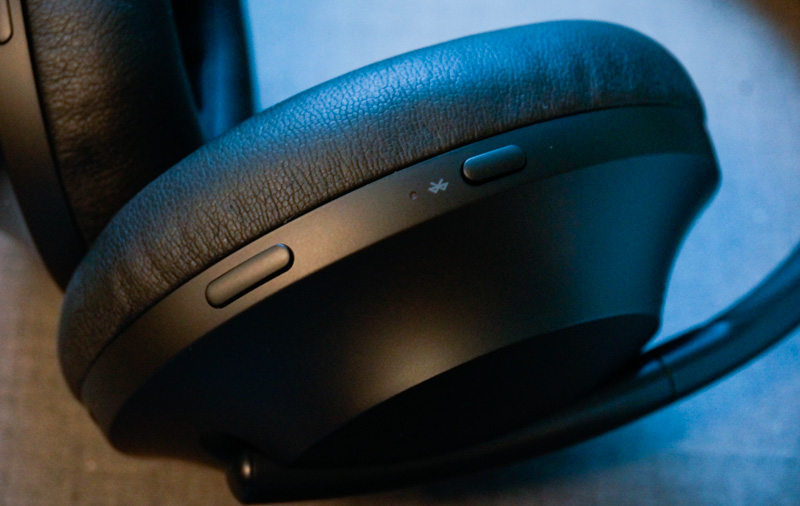 In terms of looks, the Bose 700 shares a similar silhouette to the QuietComforts. However, it looks sleeker thanks to an improved headband design. This transitions fairly smoothly from a cylindrical shape (where it meets the earcups) to a flat one on the top, which is nicely cushioned so the entire headphone rests better on your head. You adjust the fit by sliding the earcups up and down this headband, and this happens without clicks or steps.

There’s still a slight give to the earcups so you can angle them to your ears, and the headband itself is a lot more flexible than the ones on the QuietComfort 35 II, so you should be able to get a better fit. Weight is 250g, which is pretty average for noise-cancelling headphones. One feature that some people might miss though, is the ability to fold the earcups in for storage. The earcups on the Bose 700 twists to fold flat but the headband is a solid piece and can't be folded to further reduce its footprint. On the upside, the Bose 700 comes with a nice carrying case and inside the case you'd find cables (charging cable and 2.5mm to 3.5mm audio cable) as well as an airline adapter.

With the Bose 700, the traditional volume buttons have been replaced with a touch-sensitive swipe area on the right earcup (left-handers might want to take note of this). As with most touch controls on headphones these days, swiping left and right skips tracks forwards and backwards while swiping up and down adjusts the volume up and down respectively. 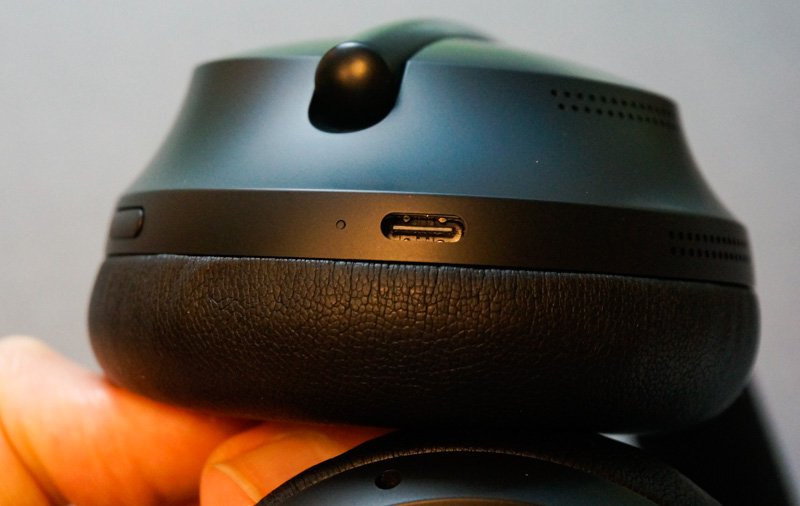 There are still three physical buttons on the Bose 700, and these are for power, calling up Google Assistant, and cycling between noise-cancelling levels. Bose calls these levels “Favorites”, and you can set three presets levels in the Bose Music app (available free for iOS and Android). A total of 10 different levels of noise-cancellation are available for selection in the app, with 10 being the strongest and 0 being the weakest. There isn't an ambient mode that lets you hear the outside world, so you'll have to use level 0 — as this lets in the most external sound — as a workaround.

Two devices can be simultaneously paired to the Bose 700, so you can for example, switch between your smartphone and your laptop in your app without having to go through the pairing process twice. Something unique, is that the app allows you to adjust how much of your voice you hear while on a call, and this has four levels — high, medium, low, and off. Other than that, the only other thing that the app provides is a way for the headphone to get firmware updates. 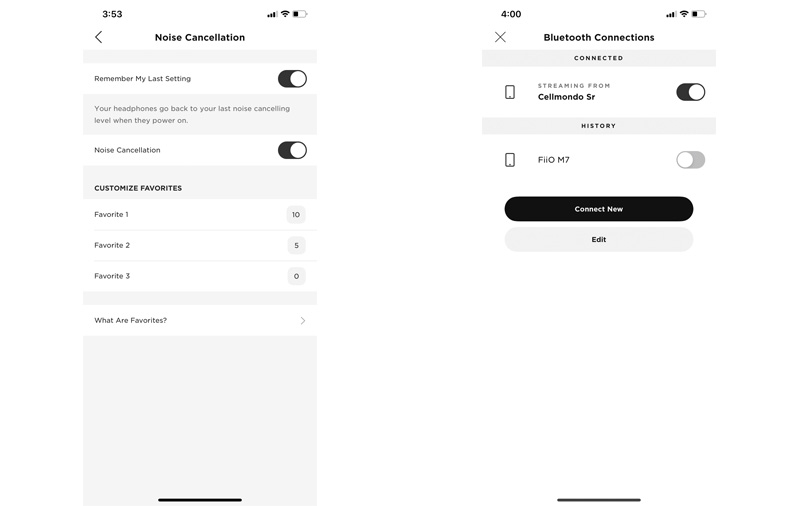 Battery life remains the same as the QuietComfort 35 II at 20 hours, and you’ll get 3.5 hours of listening from just 15 minutes of charge. Happily, the Bose 700 charges through a USB-C port. However, the USB-C port is solely for charging and cannot accept digital inputs. This means you can't plug it directly into your computer or phone and output music digitally to the Bose 700. Some rivals, like the NAD Viso HP70, can do that.

We started testing with a recording of Rebecca Pidgeon’s Spanish Harlem, and felt the Bose 700 turned in a nice rendition with fairly deep, tight bass to go along with warm vocals. That’s consistent with headphones from Bose, but we like the separation that the headphones were able achieve between Pidgeon’s vocals and the backing instruments.

Moving on to a recording of Red Hot Chili Peppers’ Stadium Arcadium, gave the headphones a chance to show off its stereo imaging. The Bose 700 presents a tighter soundstage that seems to expand to the sides and behind you, so in this case you’ll have Anthony Kiedis’s vocals and John Frusciante’s lead guitar in your left ear, while the backing vocals sing into your right. It’s a bit more of an intimate experience that works well with some tracks.

Finishing off with a recording of Jamiroquai’s Cosmic Girl gave the Bose 700 a chance to show off how it handles faster moving pieces, and we must say it does so well, with good energy and pacing.

Noise-cancelling is where the Bose 700 really impressed. While it still isn’t quite at the level of the WH-1000XM3, we think it’s slightly better than the QuietComfort 35 II, so that’s certainly worth noting. Slip a pair of these on in the office, and all that chatter fades away. Likewise with train and plane noises, the Bose 700 does well to reduce those lower frequencies so you can enjoy your music without having to turn the volume up. 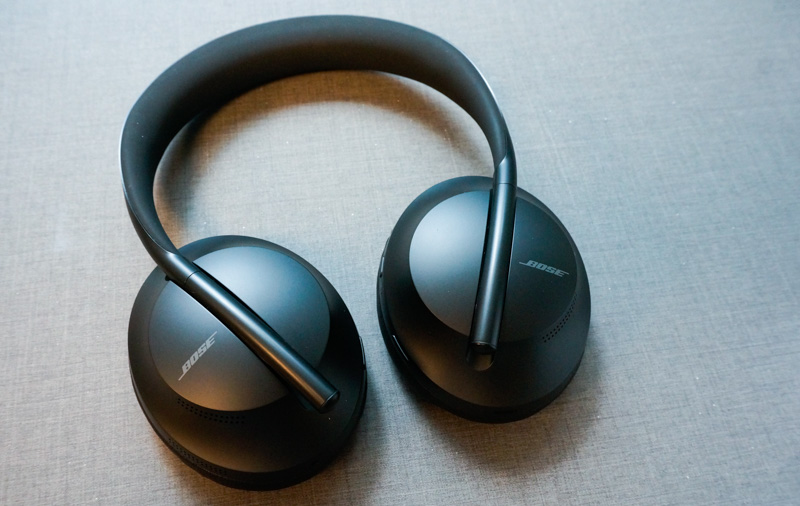 In some ways, the Bose 700 was inevitable. With so many noise-cancelling headphones to choose from these days, Bose knew they had to do something more than just release a new version of their revered QuietComforts. And in light of this, the Bose 700 is mostly a success. We like the fresh new design and improved noise-cancelling system, and we also think these actually offer slightly better noise-cancelling than the QuietComfort 35 IIs. And even though there isn't a dedicated ambient mode, the ability to control how much external noise to let in is a good touch. Being able to switch between two devices without having to go through the pairing process is definitely nice too, as is the shift to using USB-C for charging.

However, there isn’t the improvement in noise quality you might expect from the latest out of Bose. From an audio perspective though, it’s still not on the level of Sony’s WH-1000XM3 which has better detail and a wider soundstage. At the current retail price of S$599, the Bose 700 is also considerably more expensive, as the WH-1000XM3 can often be found for around S$350 if you shop around online (the Sony's RRP is S$549). So, if you want the best value in noise-cancelling at the moment, the Sonys still have the upper hand.

That said, if the higher price doesn't bother you too much, the Bose 700 is still a very solid option. You’ll get good audio performance, and noise-cancelling that’s second only to the WH-1000XM3, which is no mean feat.

Get them at Bose's official store on Lazada or Shopee, or at all authorised distributors now.

Write a Review
Compare This | Specifications
Great noise-cancelling capabilities
Nice new design
Ability to store pairing for two devices is a big convenience
Good quick charge capabilities
Battery life lags behind the competition
Much pricier than rivals
Audio quality isn't improved from the previous version
Can't accept digital inputs via USB-C
Our articles may contain affiliate links. If you buy through these links, we may earn a small commission.
Sponsored Links