As the saying goes, size doesn't matter, it's how you use it! And so we come to the subject of the mini-ITX motherboard form factor, which was first developed by VIA Technologies in 2001. Initially, these boards were sold to industrial customers with specific needs like integrating compact systems within the manufacturing line. However, they soon caught the eyes of PC enthusiasts who were enamored with their features as these boards/systems were low-powered and didn't require active cooling, resulting in them being able to operate quietly. This made them ideal candidates for building end-consumer home theater PCs (HTPC); however, these systems were usually lower specced systems without the computing prowess of full tower desktop PCs that boasted of high-end components.

In recent years, the tide has turned somewhat for this diminutive motherboard form factor as it is no longer the preserve of low-power motherboards. With technological advancements (such as the CPU now having all key functions of a system integrated within its core, minus the Southbridge functions) as well as manufacturers redefining the boundaries of this form factor, we have witnessed mini-ITX boards with impressive specifications like the ASUS P877-I Deluxe and more from Zotac. Such boards enable rig builders to assemble small PCs without compromising on hardware options, overclocking ability as well as cooling systems for these rigs. As a result of such impetus, chassis manufacturers have tried to keep pace by releasing mini-ITX casings that can meet the requirements of these system builders. We've reviewed a few such from Antec, Cubitek and Sliverstone, but today, we're evaluating a pretty new model from BitFenix:- 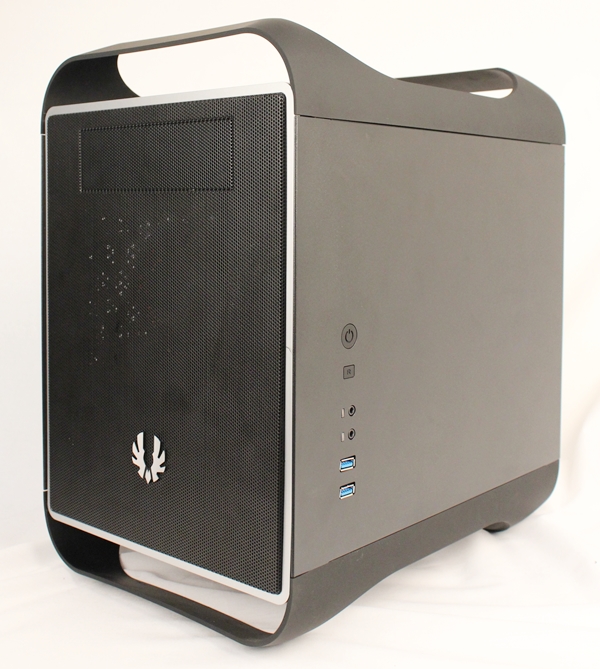 The BitFenix Prodigy seems to have a new take on mini-ITX casings as it's built for flexibility and capability, but it has an empty weight of about 6.7 kilograms, making it one of the heaviest such casings we have come across so far. BitFenix states that its Prodigy series casings are able to fit long graphics cards as well as radiators of liquid cooling solutions. We shall take a closer look at it over the next few pages to find out if the Prodigy's spacious build is to it credit or not.

Write a Review
Compare This | Specifications
Well-spaced interior
Removable drive cages for modular config
Side mounting options for 2.5-inch drives
Good cooling options
Unable to fit ATX PSU with 160mm depth
Fyberflex handle cracks at mounting points
Casing is wobbly to the touch
Large and heavy
Could have been mATX compliant
Our articles may contain affiliate links. If you buy through these links, we may earn a small commission.
Sponsored Links